Clockenflap 2015: The Best Yet 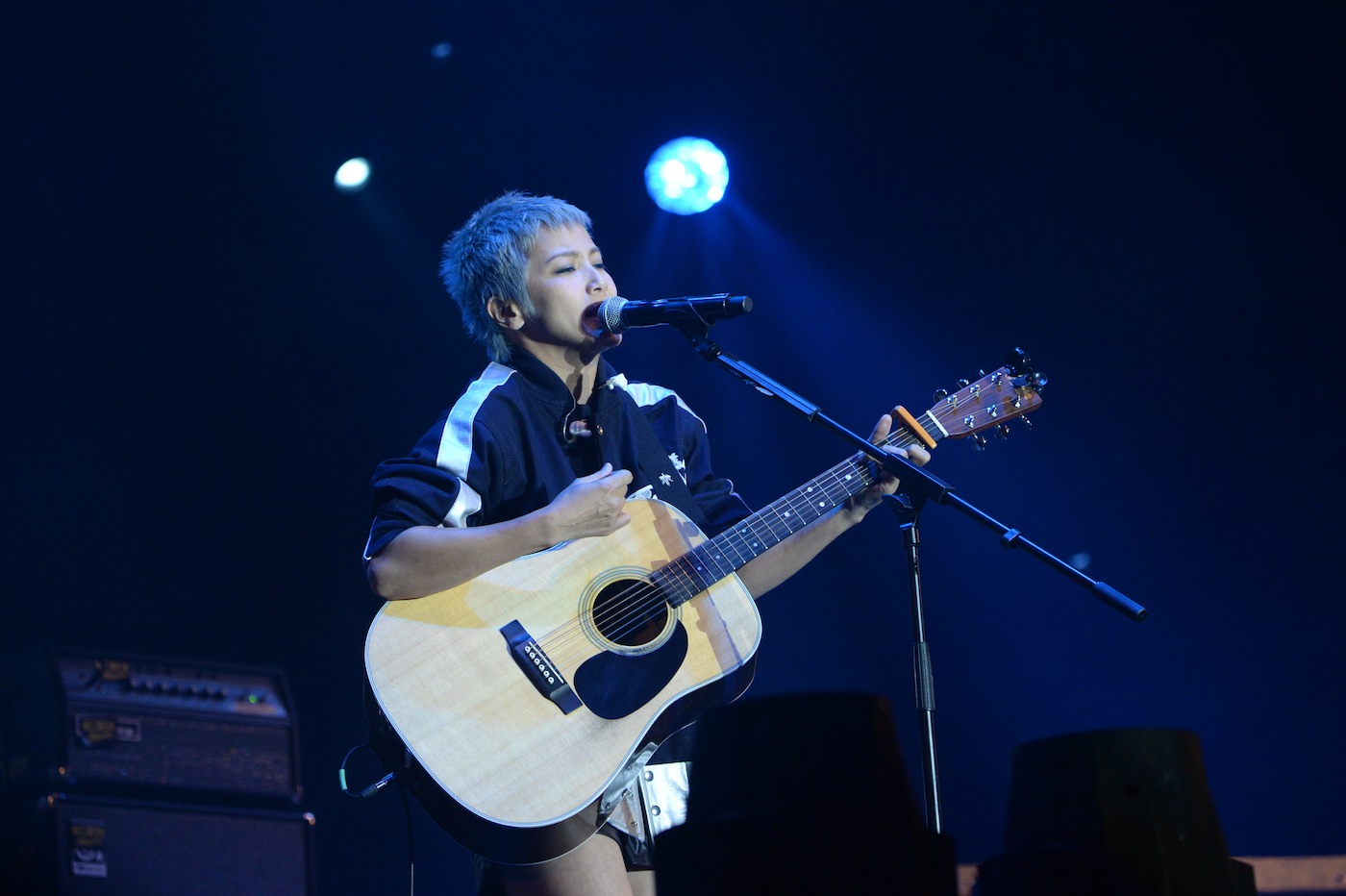 It was one of those Clockenflap dilemmas: stay in the Electriq tent where Kid Koala was mixing old blues records in a furry koala suit, or head to the Atum stage to catch Neon Indian before their set ended? Keep watching Songhoy Blues tear up the stage with Malian rock, or leave to watch slam poet Saul Williams deliver an intense and intimate performance? The fact that so many great acts were playing at once says a lot about the quality of this year’s Clockenflap festival. (It was a common enough occurrence that the Hong Kong Free Press coined a term for it: “Clockenclashes.”) It’s also pretty astounding when you consider that, just five years ago, there was no music festival of this calibre in Hong Kong, and the first edition of Clockenflap at the West Kowloon waterfront, in 2011, was plagued by technical glitches – one stage even lost power during a set. This year, by contrast, was decidedly professional. “Everything is better – for me, this is the number one festival in Asia in terms of lineup,” said Yuman Ng, founder of local record label III. There were plenty of standout performances. The weekend got off to a good start with a high-energy set by local performer and songwriter Subyub Lee. He was one of many local acts, though only a handful that were slated at prime slots – perhaps a reflection of the challenges local music guru Kung Chi-shing described in October. Other local standouts included King Ly Chee, which led a pack of local and Taiwanese hardcore acts at Yourmum stage, and HoCC, aka Denise Ho, a Quebec-raised indie Cantopop singer who has earned a reputation as an outspoken activist in favour of Hong Kong democracy and LGBT rights.

Some of the biggest crowds at the festival could be seen in front of the main Harbourflap stage for Chic and the Earth Wind and Fire Experience – two legacy acts that may cause some to roll their eyes, but which definitely put on a fun show, especially as the sun set over Victoria Harbour. The same couldn’t be said for New Order. They may be one of the most influential bands of the past 35 years, but you would hardly know it from the rote performance they delivered on Clockenflap’s closing night, with Bernard Sumner singing off-key and his bandmates going through the motions.

New Order proved such a disappointment, many people seemed to stream away from the stage before the end of their set, though there was a surge of enthusiasm as the band launched into Joy Division’s Love Will Tear Us Apart and New Order’s 1983 hit, Blue Monday. On the opposite end of the festival site, cheerful Taiwanese singer Crowd Lu Guang-zhong, delivered an upbeat pop-rock set to perhaps the most enthusiastic audience at the festival. I stood away from the stage, on the waterfront promenade, next to a man who had seemingly passed out on a beanbag chair. When Lu began belting out the chorus to his hit song Oh Yeah, the man woke up and began drunkenly singing along, word for word. The rest of the crowd was doing the same. Speaking of the crowd, this year’s Clockenflap appeared to be the most diverse yet. There were families, teenagers, hipsters, middle-aged music geeks. And I heard as much Cantonese as English – a significant development for a festival that was once harshly dismissed  as being for “foreigners, ABCs [American-born Chinese] and British wannabes.” Despite the best intentions of its founders, especially music director Justin Sweeting, previous editions of Clockenflap seemed strangely out of touch with the day-to-day life of Hong Kong. That gulf is narrowing, if this year’s edition is any indication.

“This year we had more local artists on the bill than from anywhere else,” says Sweeting. He notes that this year’s Clockenflap drew 62,000 visitors, 55 percent of whom were local Chinese, 30 percent expat Hong Kong residents and 15 percent from overseas. “Certainly, I’d personally love it if we had more bands in Hong Kong whom could justify keeping other internationals off the bill – that would simply attest to a healthier local band scene which is good news for everyone here,” says Sweeting. This year, for the first time, Clockenflap hosted a pre-festival showcase of local talent at Hidden Agenda. “I’ve always said that my happiest day with the festival will be when a local band can headline the main stage.” Until then, we’re spoiled for choice. Let’s just hope that Clockenflap continues on the path it has set, especially as it may be forced to relocate to another site next year when the West Kowloon waterfront is torn up to build a new park. The best thing we can hope for new year? Most Clockenclashes.

The 2015 edition of Clockenflap revealed a music festival coming into its own.