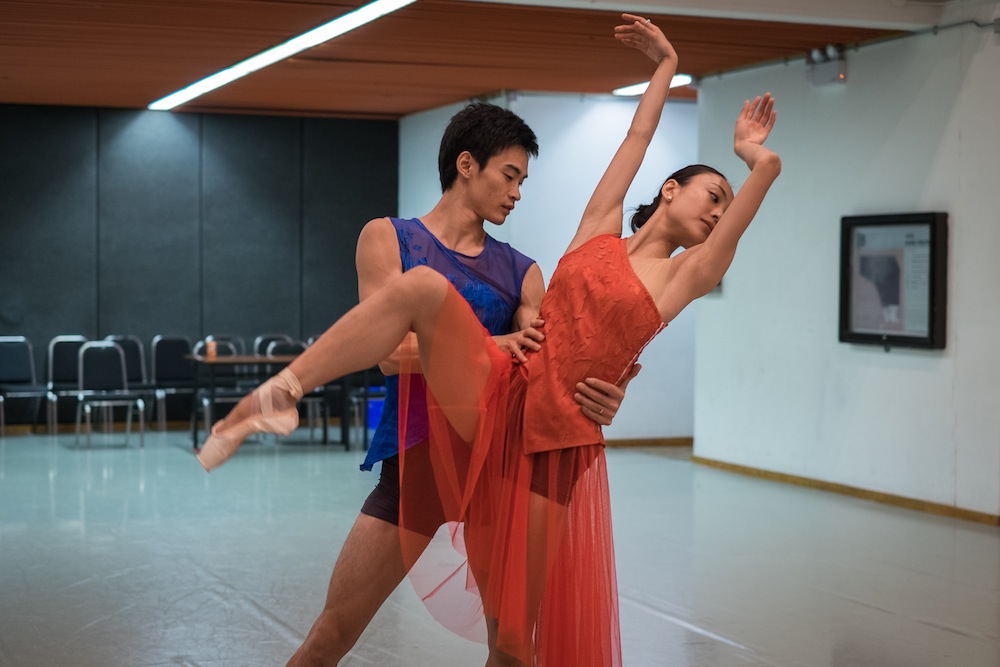 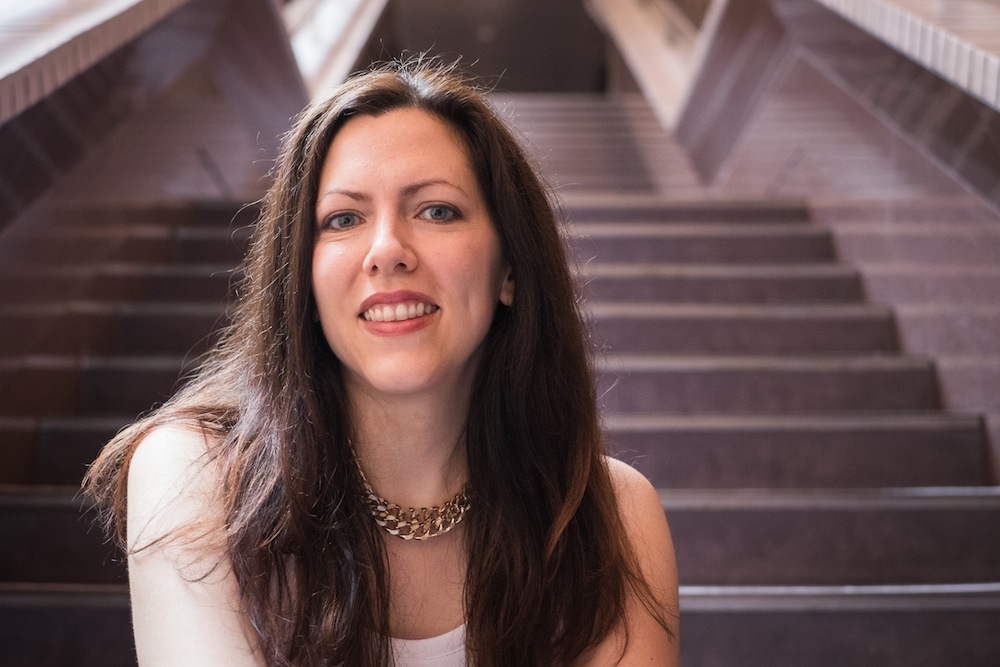 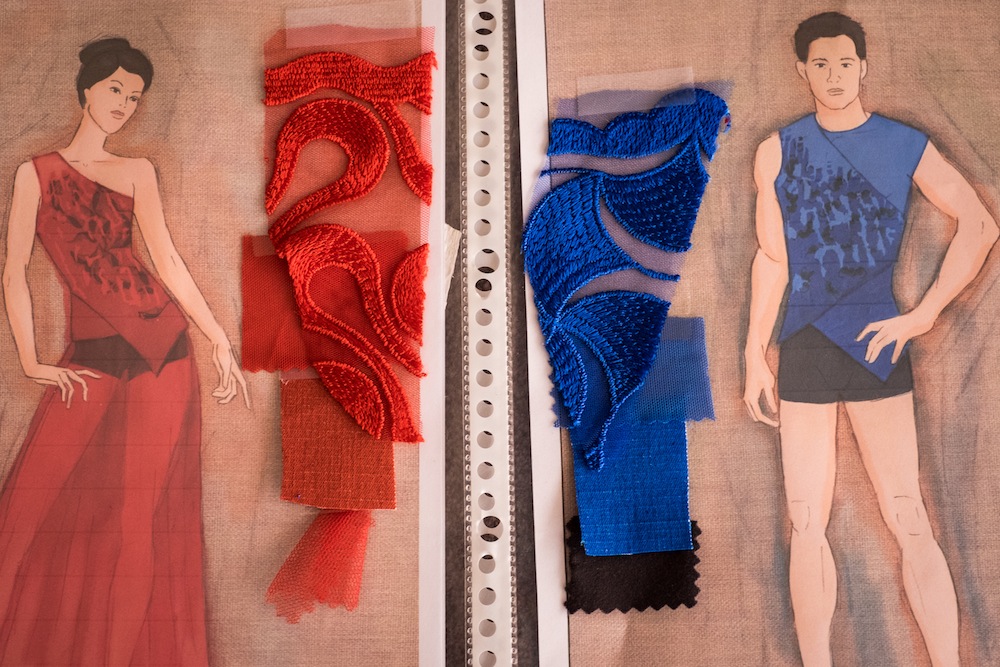 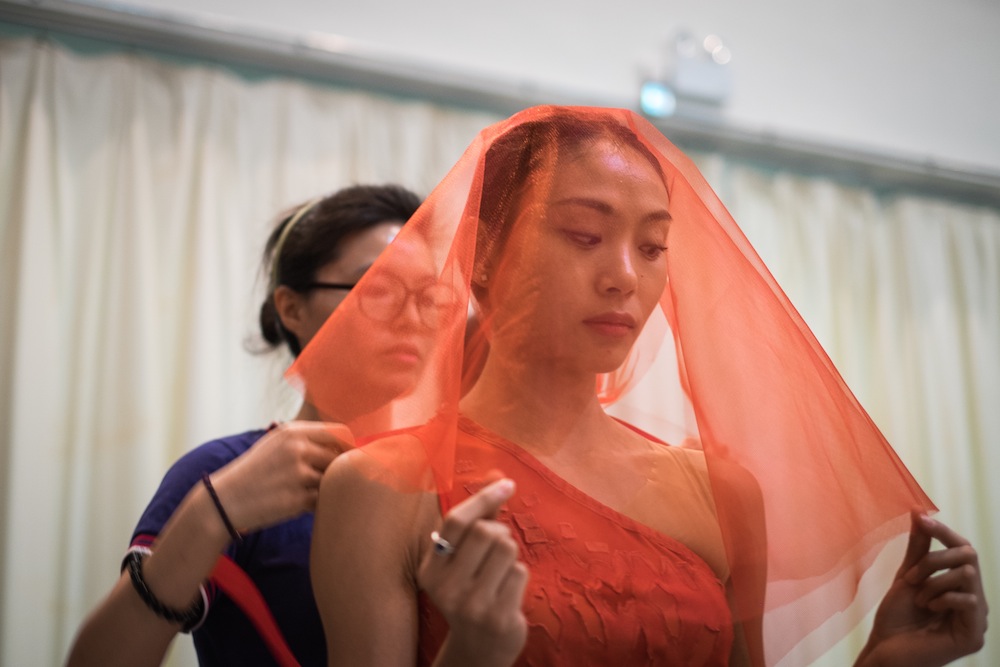 It’s early Monday morning in the wardrobe department of the Hong Kong Ballet. Swaths of stretch white cotton are disappearing into a vat and emerging vivid red. “This is absolutely what I was looking for,” says costume designer Bridget Steis, who is overseeing operations today in preparation for an upcoming show, a world premiere, Sacred Thread. She yanks on a square of cloth, highlighting its rippled texture. The department had spools of it in white, but none in red, the colour needed to outfit the show’s two lead dancers. Time to get creative.

Sacred Thread runs as part of the Hong Kong Ballet’s mixed bill, Serenade and More. To close its current season, the ballet has put together a programme that combines the classic work, Serenade, by ballet’s legendary George Balanchine, Over There, a previous piece choreographed by Fei Bo of China’s National Ballet, with two world premieres, Shenren Chang by Fei Bo and Sacred Thread, choreographed by Edwaard Liang, artistic director of Columbus’ BalletMet.

Sacred Thread examines the intricacies of Chinese weddings and arranged marriage, once a common custom in China. The piece, which was commissioned by the Hong Kong Ballet, examines uncertainty, sacrifice and freedom in an emotionally charged and athletic performance.

Steis worked to conceive costume direction with Liang. Her vision focused not on opulent clothes worn by China’s higher classes, but rather peasants from the rice fields dressing for an important occasion – the wedding. The flush of red Steis is busy dyeing for the principal dancers will appear against a more muted array in wheat, mustard, peach, mauve and green tones worn by the couple’s family and villager characters.

Steis creates costumes to deepen a theme or story. For Sacred Thread, her inspiration boards display torn, faded, once-rich fabrics that highlight erosion and decay, associated not only with the grimy physical work shared by the peasants, but the psychological effects that can shade an unhappy marriage. Other elements hint at cultural preservation, hope and endurance and tradition versus modernity. This layering builds a visual sense of the story, even if the details in the messaging are subtle or even subliminal to the audience. Costume is a fundamental element of production, even if it is overlooked, says Steis.

“A lot of the set, costume and lighting is overlooked unless it draws attention to itself,” she says. “But if you don’t have them, you just see people standing on a stage, and what’s the point of that?”

While the use of Mandarin collars and tailored bodices evoke more traditional Chinese dress, translucent skirts and tiny cut-off leggings give the costumes a fashion forward energy. Steis looks as much to what’s current as to what’s historical. “There is so much crazy stuff on the catwalk that will never be worn,” says Steis. “I like to see if I can be influenced by that.”

Designing for dance can be a tough call. Finding fabrics that withstand repeated movement is a challenge in itself, and clothing that disguises the body is rarely tolerated, either by those wearing it or those watching it. In dance, audiences appreciate movement as much as — and perhaps more than — a story. Skirts in Sacred Thread were made from translucent fabrics that highlight the dancers’ bodies – although the choreographer has lately requested that even they be made removable. At a point in the show, they will likely be whipped off and disappear. Is Steis insulted? She smiles. “I always think that choreographers would prefer the dancers in nothing at all,” she says. She shrugs. “It’s all about showing off the lines.”

Steis is no stranger to designing dance costumes, having produced around 100 in a month for the ballet’s production of the Frog Prince – A Ballet Chinois which won her a nomination for a Hong Kong Dance Award for Outstanding Design in 2014. Cast members in that show were colourfully kitted out as sea creatures in military dress, bright and imaginative costumes that had a feel of Alice in a candy-coloured Steampunkland, that took the designer to new realms of creativity.

In a place quite regularly criticised as being lacking in creativity, is it hard to find inspiration living in Hong Kong? Yes and no, says Steis. “You meet so many people here, from so many places and I love that, but most of them are not in a creative field. When they find out you are, they are always interested. It’s like they give you this demi-god status. I wouldn’t have that at home,” she says. 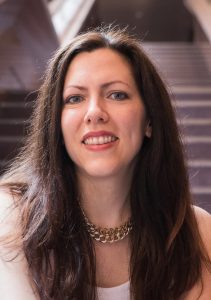 Growing up in Canada what she did have, on five acres of open land with a little pond, was space, and nature remains important for the costumer to gather thoughts and ruminate ideas. “People say that there is no nature in Hong Kong, they say it’s a concrete jungle, but I always say “No! It’s concrete and jungle.” I can just walk up the street and be in jungle, and it’s beautiful – you don’t even feel like you are near the city. I love that,” she says.

Steis is often seen climbing the mountain paths close to her home in Kennedy Town, or wandering another track less beaten, up in Sham Shui Po, home to rows of fabrics shops whose samples squares and offcuts flutter most poetically in the breeze. That inspiring vista is one that is changing rapidly, Steis remarks. She says some of the area’s old shopkeepers are shuttering as rents climb too high for them in the gentrifying area.

What does that mean for a costume designer? “Well, it means that one day, all of the fabric will have to come from China, and that’s a shame,” she says. 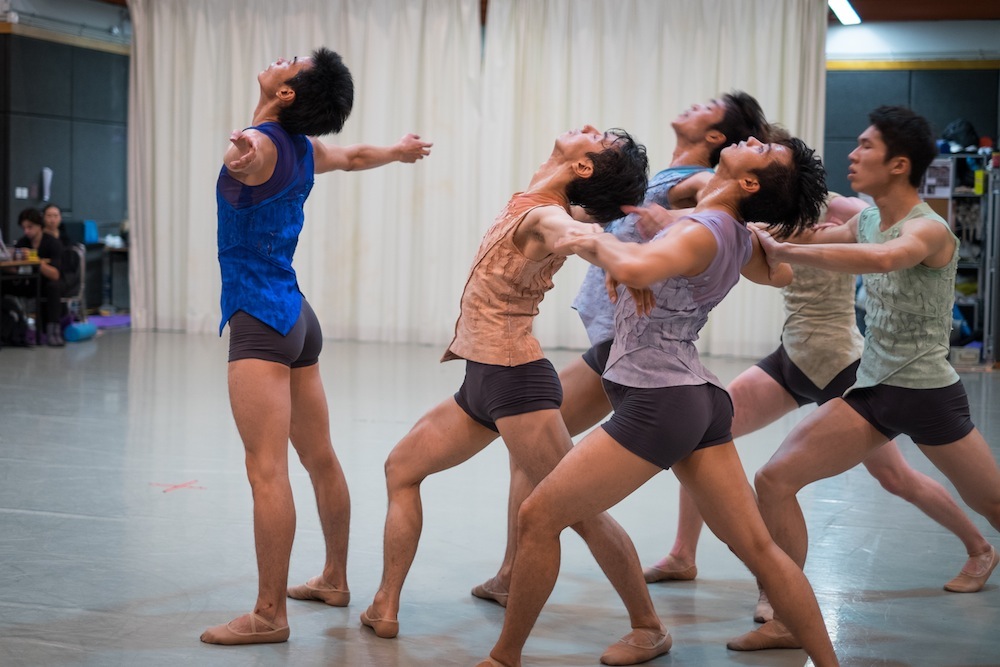 Steis has been involved in performing arts since she was four years old. “I always loved theatre. When I was tiny I was in a drama club. I was Little Amy in Little Women,” she recalls. “I was always drawing, painting, singing and dancing.” Later, she moved into production, studying scenic design and costume in Toronto, where she met her partner, who is originally from Hong Kong. She joined him here ten years ago.

Other people’s costumes are an obvious source of wonder and inspiration. Steis is a huge fan of the flapper style from the 1920s and 30s. The huge bustles and opulently styled costumes on historical time-travel series Outlander, set in the 18th century, “are to die for,” says Steis, and Game of Throne’s detailed eclecticism has her hooked. “You could eat those costumes, they are so beautiful,” she says.

Although Hong Kong does not offer so much in the way of collaborative process, the internet has allowed new ways of working to emerge. Steis recently designed costumes for a one-man show in Japan without leaving home. Ideas and images were texted back and forth on devices, kit was acquired in shopping malls in Japan, with customised additions made in Steis’ living room, then mailed to the actor to complete. For Sacred Thread, communication between Steis and Liang began long before he arrived from Columbus 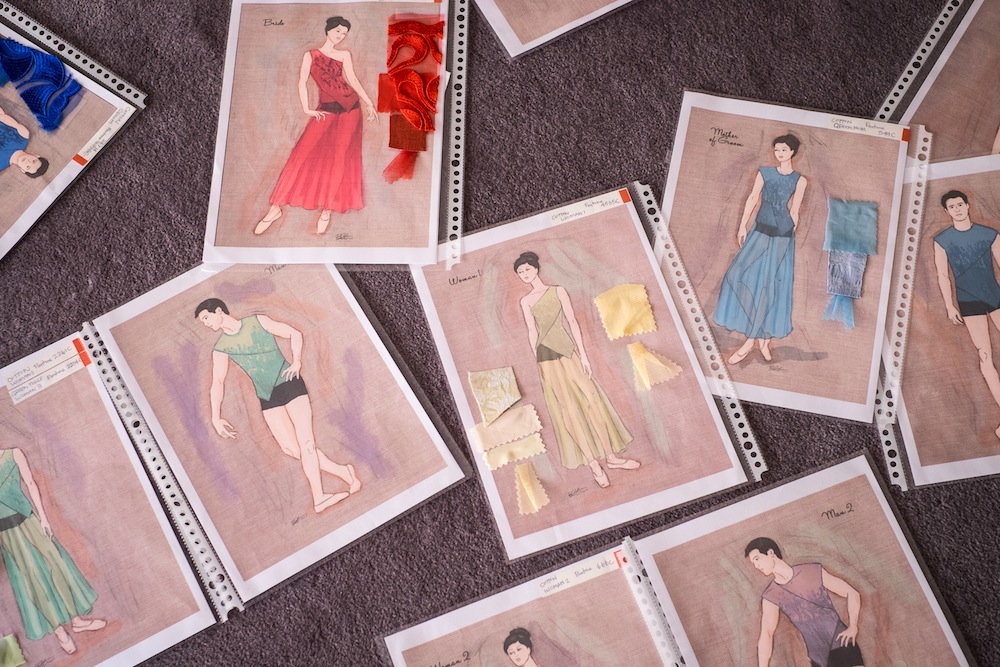 These days, technology is also a portal into characters’ lives, real or imagined, a place for keen researchers to revel. For Sacred Thread, Steis ransacked the internet for inspirations and then pasted images, thoughts and fabrics both to her living room wall, layering together vast pictorial collages, which she coverted into electronic files that she pinged to Liang. Follow-up discussions were conducted on Skype.

Steis says she always lets her imagination run wild. “I always say to the director, ‘Tell me if you absolutely hate anything and we won’t even sort of go down that path,’” she says. “But otherwise everything could be a possibility. There are never any ‘no’s.”

Sacred Thread premieres as part of Serenade and More and runs from June 10-12, 2016, at the Grand Theatre in the Hong Kong Cultural Centre. Click here for showtimes and ticket information.