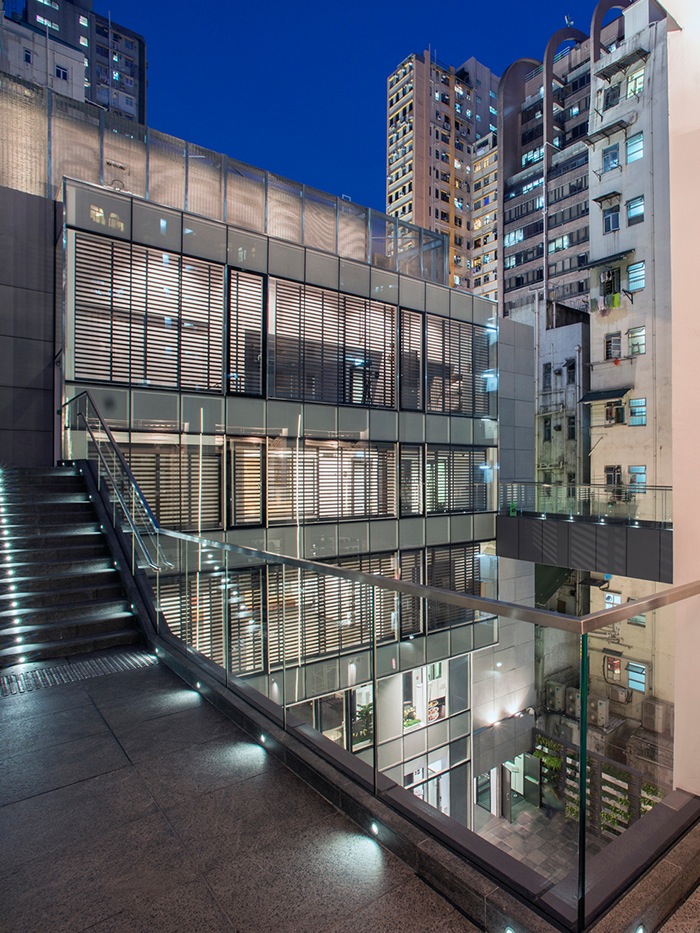 You can save an old building, but then you need to decide what to do with it. When the Urban Renewal Authority was pondering the fate of ten historic shophouses in Wan Chai, the Hong Kong Arts Centre had a novel idea: turn them into a home for comics.

If that strikes you as odd, take a look at the manga on one of the city’s newsstands, or the MTR’s comic strip-style public service announcements, and you’ll understand just how pervasive comics are in Hong Kong. “Comics have become part of our daily language,” says Connie Lam, the Arts Centre’s executive director. Hong Kong has been a comics powerhouse since the 1950s, when series like Old Master Q and Oriental Heroes entertained generations of children.

Comix Homebase opened in 2013, converting the old shophouses into a comics library, exhibition hall and gathering space. It’s a place where you can explore the past and present of Hong Kong comics in one of the city’s last surviving examples of early 20th century shophouse architecture. The trickiest part of the transformation was in striking a balance between old and new. Buildings in Hong Kong were never meant to last – by the early 20th century, many of the city’s first generation of buildings were already being redeveloped. The four-storey shophouses on Mallory and Burrows streets were built by the Hong Kong Land Investment Company between 1916 and 1922. They were typical of the era, with wood-frame construction, French doors that opened onto cantilevered balconies, gently sloping tile roofs and narrow wooden staircases.

Somehow, the shophouses avoided redevelopment for nearly a century, and the government bought them in 2007 with the intent of preserving them. Local architecture firm Aedas was brought in by the Urban Renewal Authority to oversee the renovation project. “The row of four shophouses on Burrows Street were in a dilapidated status and suffered from past alterations, while the row of six shophouses on Mallory Street were in a more intact and authentic historic status,” says Edward Leung, the project’s design director.

Only the façades of the Burrows Street houses were retained, which created room for a public courtyard in between the two blocks. The Mallory Street houses were preserved, but the design team faced a challenge, because the new project would have to meet the current building and fire codes. Their solution was to build an entirely new structure next to the shophouses, with a lift and modern fire escapes, which allowed them to preserve most of the houses’ internal features, including the original wood staircases.

“One of the most distinctive conservation techniques we innovated was to reuse existing timber purlins and integrate them with modern structural frames and thermal insulation,” says Leung. “This approach had never been approved and executed in Hong Kong, and certainly not tried on a Chinese timber and tile roof composition before.

“Another distinctive conserved feature is the set of timber stairs. Instead of the conventional approach of retaining old structure for admiration only, the original timber staircase was meticulously disassembled, cleaned, disinfected and re-assembled, with concealed structural support and fire protection. The team believes that it is important that visitors are able to walk up the steep and dark staircase to have a feel of the life in local shophouse dwellings back in the 1910s.”

You can now stand admire the original timber trusses and roof tiles as you browse through the comics library, which occupies the shophouses’ top floor. The library has more than 1,000 titles, making it the city’s largest repository of comic books and graphic novels.

That’s particularly significant because, though many Hongkongers grew up reading comics, comic sales have plummeted in recent years. Action comics that sold 300,000 copies in the 1970s can barely sell 5,000 copies today, due to changing tastes and an ever widening range of entertainment options. Comics were once a mainstay in the city’s newsstand, but they are quickly fading from view.

But that doesn’t mean comics are disappearing from Hong Kong entirely – just that they are changing. Lam grew up reading Miss 13 Dot, a character created by Theresa Lee Wai-chun that became a pop culture icon in the 1960s and 70s. (The name refers to a Shanghainese expression that means “silly young girl.”) Today’s young people are more likely to read works like Lost on a Red Minibus to Tai Po, an online comic that became a viral sensation and was adapted into Fruit Chan’s 2014 movie The Midnight After. Others are more interested in the literary graphic novels of Chihoi, one of the few Hong Kong comic artists whose books have been translated into English, French and other languages.

Comix Homebase is designed to bridge the gap between those different worlds. Its library and exhibitions are a window into Hong Kong’s comic book past, while its regular talks and other events provide a haven for the comics scene that exists today. It’s a bit like the old shophouses themselves: something old infused with entirely new life.

Comix Homebase is located at 7 Mallory Street in Wan Chai. Every month, it plays host to the Jockey Club Street Music Series, and it will be the stage for a performance by multimedia artist Wong Chun-hoi on February 19. A series of outdoor screening of animated shorts will take place in the venue’s courtyard until June 30. Visit comixhomebase.com.hk for more information.

Ten historic shophouses in Wan Chai are now home to a haven for Hong Kong's vibrant comics culture, with a library, exhibition hall and space for a packed roster of events.