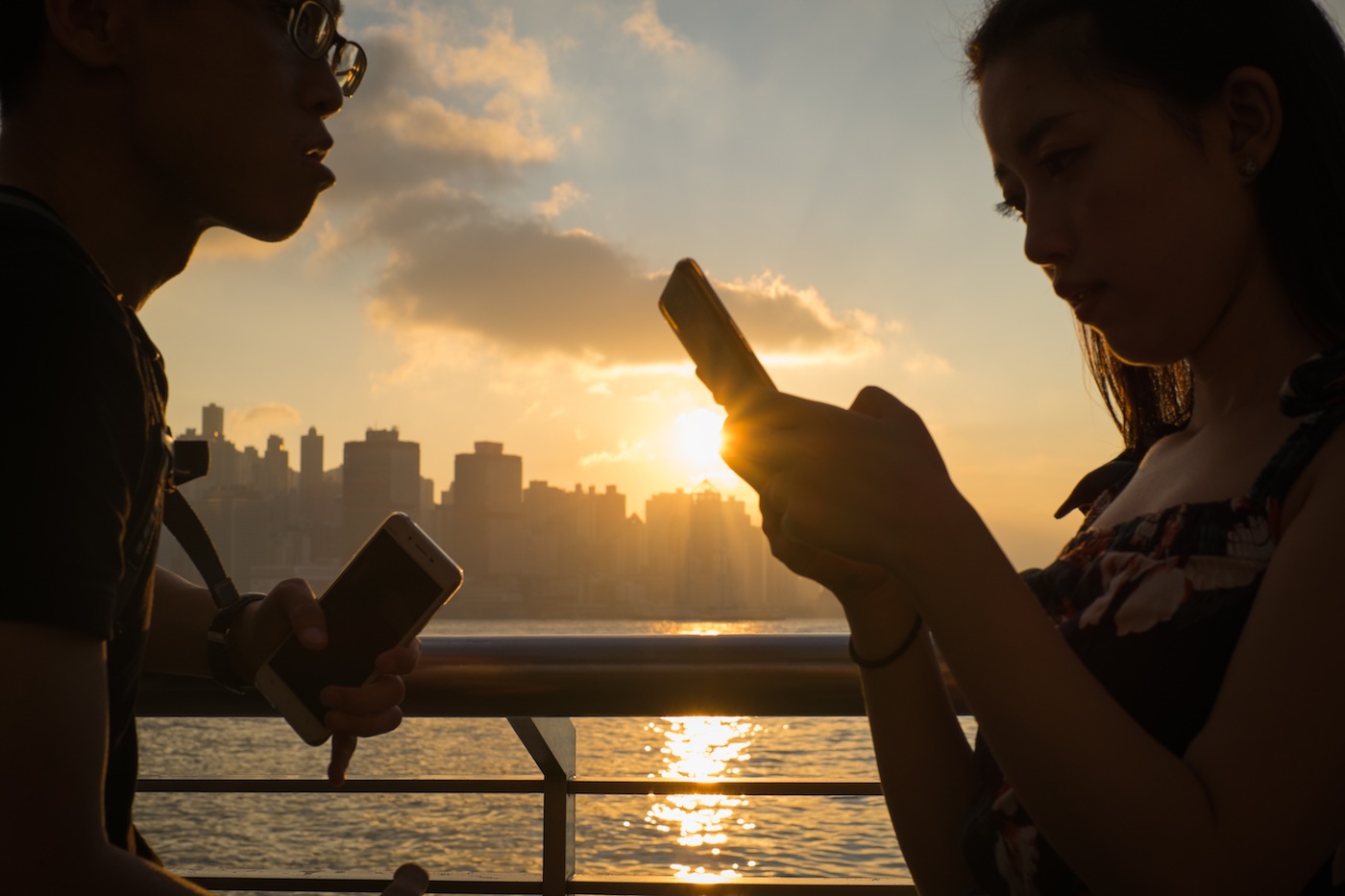 The city that was swathed in red for the Year of the Rooster will now move on to being wrapped up in red hearts for Valentine’s Day (cing4 jan4 zit3 情人節).

Hong Kong lovers have the best of both worlds when they pick a day to celebrate their affection. There are two Chinese versions of Valentine’s Day – the Spring Lantern Festival, which falls on February 11 this year, and the Seven Sisters’ Festival at the end of summer — and many also choose to celebrate the widely-recognised Western version on February 14.

According to a Groupon survey done last year, among 17 countries around the world, Hong Kongers were the ones willing to spend the most on Valentine’s Day, averaging about HK$1,450 per person.

Beyond flowers and chocolate, Cantonese speakers have a term that indirectly describes what young lovers do when they want to show their adoration for each other: “cooking telephone congee” (bou1 din6 waa2 zuk1 煲電話粥). Before the age of instant messaging apps such as Whatsapp and WeChat, or dating apps such as Tinder, Happn and the local adaptation, Paktor (which means dating in Cantonese), people actually spent hours talking to each other on the phone. Nowadays, most courting and flirting is still done mostly by phone, except we find ourselves texting with a smartphone instead of dialling up a number on a rotary dial. Indeed, some would even say that the term “cooking telephone congee” is rather old school.

The Chinese have several sayings involving congee, a much-loved staple of the Chinese diet. Essentially a rice porridge, congee needs to be cooked over a low heat for a long time. This avoids burning and allows the rice grains to become rice “flowers,” blooming into a delicate and smooth porridge. Congee is also seen as a form of food therapy for the ill, often served as a healing and comforting food. It only seemed appropriate to refer to lovers talking on the phone for hours on end, as cooking and stirring a slow and nourishing porridge.

To support the idea that slow and easy breeds success, the Cantonese have another saying around congee – “rushing will not let you eat hot congee” (sam1 gap2 gat1 bat1 dak1 jit6 zuk1 心急吃不得熱粥), which suggests that any impatience will stand in your way of accomplishments.

In this day and age, many counsellors and relationship therapists agree that texting can lead to a false sense of closeness and numerous misunderstandings. Taking the time to call someone shows them that you care and is more deliberate. Family therapist Nicole Richardson, says that phone calls, or even better video calls like Skype and Facetime, are a safer option.

In the run up to Valentine’s Day this year, in order to avoid any unnecessary expensive arguments that let the telephone congee boil, perhaps it is best to organise a face-to-face date. And with Hong Kong’s excellent linguistic adaptation skills, perhaps it is time to change an old-school favourite to bou1 Facetime zuk1 (“cooking Facetime congee”) just to keep the classics fresh.