Eric Yim and the Business of Design 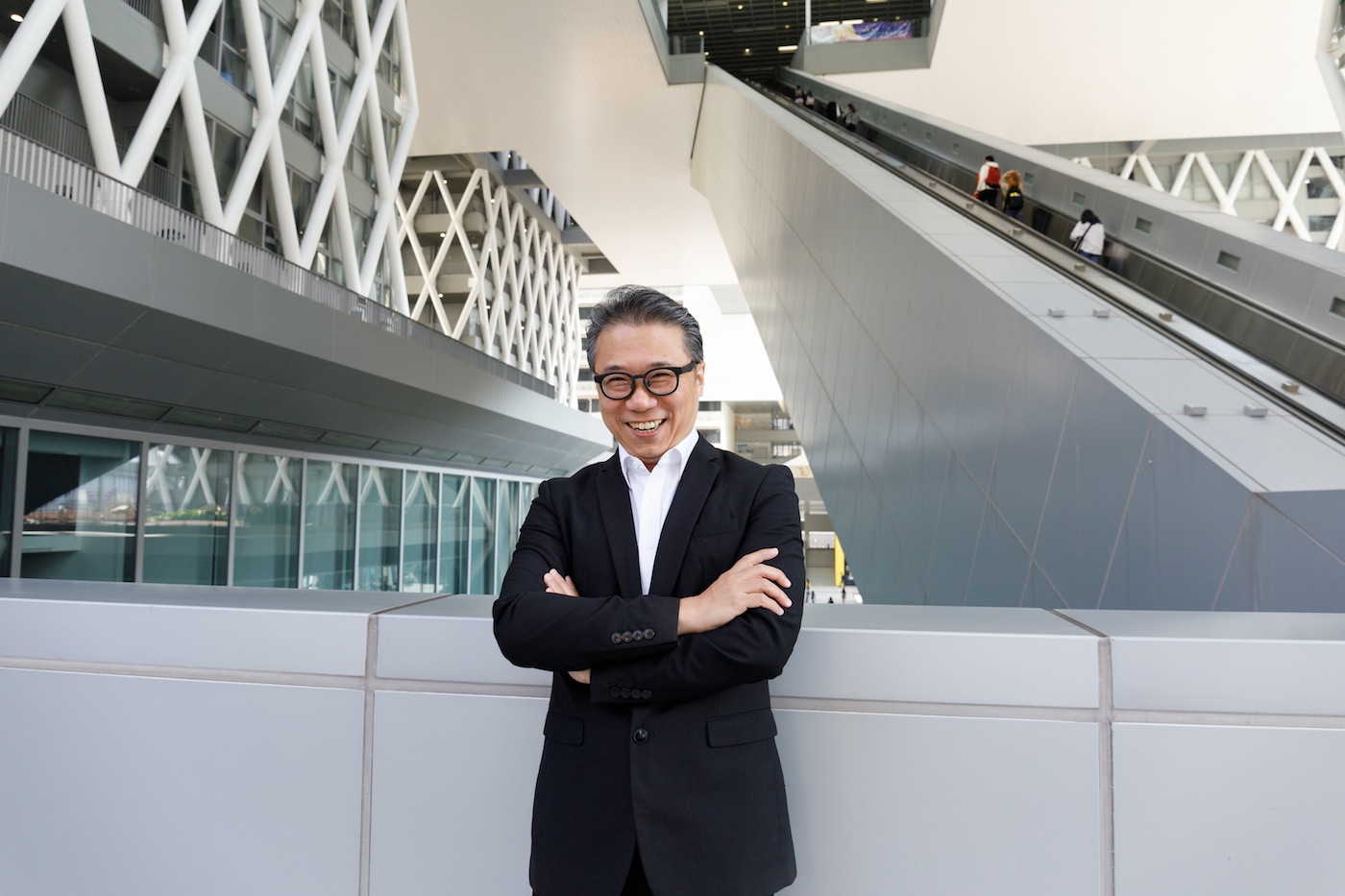 Eric Yim Chi-ming is an architect, furniture designer, entrepreneur and teacher. But what he does for a living don’t even begin to touch on how many positions he holds. He is the CEO of POSH Office Systems, the chairman of the Hong Kong Design Centre and the Design Council of Hong Kong, Advisor to the Hong Kong Design Institute, a Professor of Practice in Product Design at the Polytechnic University, deputy chairman of the Federation of Hong Kong Industries and the Vocational Training Council, and a member of boards and committees related to the West Kowloon Cultural District, Ocean Park and Zuni Icosahedron.

It’s a lot even for Hong Kong, where board positions and chairmanships are awarded to influential people like badges in the military. Just how does one man balance so many commitments?

“They are in fact one way or another connected,” says Yim. “I find it’s good to have these connections. When we work with different disciplines, sometimes people separate them into silos. Wearing multiple hats, you can sometimes find opportunities to link up people.”

Those words will be put into practice next week at Business of Design Week, an annual design forum that brings some of the world’s top creative talent to Hong Kong. This year’s speakers include Swiss architect Jacques Herzog, who designed the upcoming M+ museum and the Old Bailey Galleries at the former Victoria Prison; Canadian architect Venelin Kokalov, who designed the Xiqu Centre with the late architect Bing Thom; and Italian designers Massimiliano and Doriana Fuksas, who were responsible for the dizzying new terminal at the Shenzhen airport. They will be joined by dozens more graphic designers, furniture designers and industrial designers, many from Italy, which is this year’s partner country.

This is Yim’s second year as chairman of the Hong Kong Design Centre, which has organised BODW since 2002. “This year we’ve beefed up the city programme,” he says. “Workshops, open houses, designers’ talks, this sort of thing. The public does not need to buy tickets to participate in the forum. They have other means to experience design, to learn more about design through everyday life.”

Yim says he likes the way BODW opens a window into the inner workings of design. “A lot of people see design as the beautification of products, as making things look better, but design is something that can actually enhance life. It’s not just cosmetic,” he says. Ultimately, design is about problem-solving, which is exactly what Yim discovered in his own career. When Yim was a child, his father Martin owned a small workshop named Sun Hing Steel Furniture, where four employees assembled basic metal furniture. “There wasn’t any design element in it,” says Yim. But the spirit of making things seemed to run in the family and Yim ended up at a vocational high school. “You learned how to make things with your hands – woodwork, metalwork, technical drawing,” he says. He decided he wanted to become an architect after he left to finish his secondary studies in the United Kingdom. “Architecture is a very interesting discipline that not only needs a logical mind but also needs creativity,” he says. “It’s not just being an artist – arch needs to balance both worlds.”

Yim was accepted into Cambridge University’s architecture school and began the long process of training: three years of study, followed by a one-year internship, then another two years of study and a final one-year placement. It was that second year of work that brought Yim to the office of James Stirling, a Scottish architect known for his university buildings and cultural institutions. In 1979, Stirling sent Yim to Germany to work on the Neue Staatsgalerie, a quintessential example of postmodernism that reflected the neo-classical design of the art gallery next door.

What appealed to Yim most about Stirling’s architecture was the way it acknowledged its context. “It’s something that really linked up to the everyday life of the community, rather than a standalone building that drops from the sky and says, ‘Look at me,’” he says. “It’s not about being eye catching, it’s about connecting people.”

Yim didn’t have many opportunities to put that into practice. When he finished his internship and returned home to Hong Kong, he found that the kinds of cultural projects that Stirling worked on were few and far between. “That’s why in my spare time I started designing furniture,” says Yim. It was a way for him to flex his creative muscle while he bided his time until he returned overseas.

Things didn’t quite work out that way. “I was thinking I would just come back to Hong Kong for 12 months,” he says. “Now it’s been 30 years.” What kept him here was a surprising connection between his design career and his family’s business. Yim volunteered to do some furniture design work for his father, which led him to develop an office storage system. “Space is really an issue in Hong Kong and storage at the time was not very efficient,” he says. A typical storage unit sprawled horizontally – fine for a spacious American office, maybe, but a money-draining waste of floor space in high-rent Hong Kong. Yim designed a modular cabinet system with relatively shallow shelves that could be stacked up to become a storage wall.

The system, known as CK4, launched in 1991. It was a success. That led Yim to start a spinoff of his family’s company called POSH, which stood for Project Office de Sun Hing. That led to an unexpected foray into the business world. “As a designer, you naturally try to think out of the box,” he says. His family had already moved their furniture workshop from Hong Kong to Foshan, in Guangdong, and Yim realised the mainland had huge potential as a market for office furniture. There was just one problem. “I looked at the furniture stores in China in the early 90s and they were basically supermarkets,” he says. “Thousands and thousands of pieces of furniture covered in dust or polystyrene sheets so you could not even see or experience the products. I did not want my products to be sold like that.”

Yim decided to set up his own network of POSH franchises across the country, which allowed him to control exactly how his products were marketed, displayed and sold. POSH expanded quickly over the next ten years, and in 1999, it entered into partnership with Herman Miller, the American furniture brand that had supported legendary designers Charles and Ray Eames. (Herman Miller eventually bought POSH in 2011.) Yim’s personal stock rose, too. In 2005, he was presented with the Young Industrialist Award in recognition of his business acumen.

He now sees his role as not just a designer, not just a businessman, but as something that combines the two. Earlier this year, he helped lead a programme that matched young designers with factory owners and other businesspeople. “By bringing these two groups of people together it really helps,” he says. Industrialists learn how to work with designers, and designers learn to bridge the gulf between concept and reality.

Perhaps inevitably, Yim sees that experience through the framework of his own career, which managed to bridge his nascent creativity with his father’s small business. “It’s not just a product that we make,” he says. “It’s the heritage and the skill sets that we should treasure.” 
Eric Yim and the Business of Design

At the dawn of another Business of Design Week, designer-entrepreneur Eric Yim reflects on his role in bridging the two worlds.