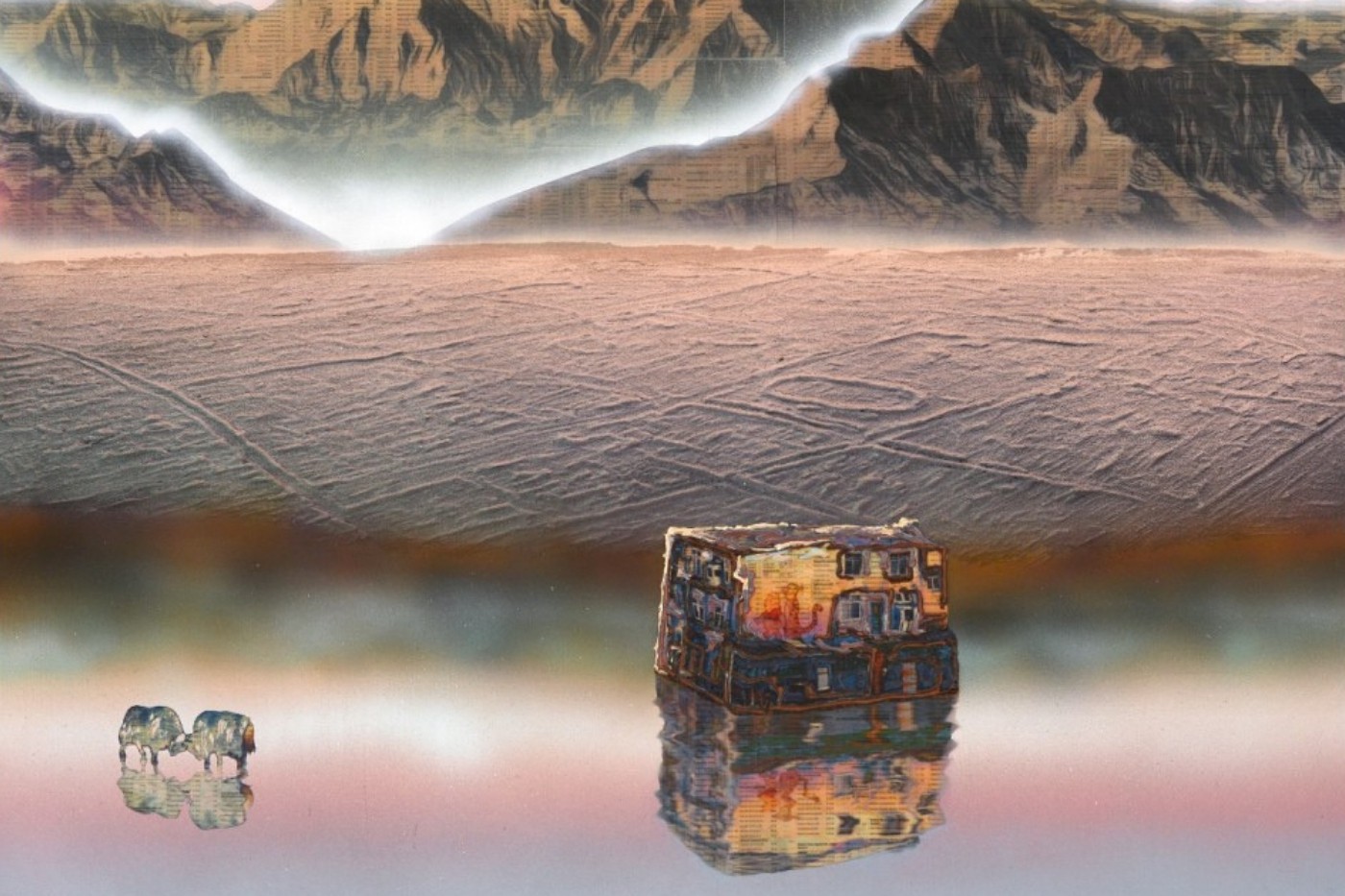 What is the meaning of home in an age where the world order is changing at accelerated speed? How can a domestic domicile be powerlessly torn down and replaced with a shopping mall or a skyscraper, all in the name of progress? Who, what and why am I?

These are questions that half-Chinese, half-British artist Gordon Cheung (b. 1975) addresses in Home (家), his solo exhibition of Chinese windows, made from financial newspaper and bamboo. These works refer to the traditional window designs of houses in China that have been demolished over decades or rapid urbanisation. In this exhibition, these windows are suspended in the gallery, suggesting a ghost architecture that would have supported the windows.

When looking through the windows, vistors will see Cheung’s unearthly paintings that feature blooming flowers, based on Dutch Golden Age still life paintings. In the 17th Century, an era that is considered to be the birth of modern capitalism, the Dutch Republic was the most prosperous European nation. At that time, the country was gripped by the world’s first economic bubble, the ‘Tulipmania’, a period in which speculative trade caused the price for certain bulbs to dramatically rise and collapse. Cheung’s work alludes to the paintings from that time, which romanticise materialism and the fragility of life, yet contradictorily omit the fact that this wealth and power is acquired through colonisation, slavery and militarised trade routes.

Home signifies Cheung’s return to a place that means family heritage, yet at the same time feels distant because of the changes that come along with its complicated history, economy and society. The show continues the artist’s critique on the effects of global capitalism and its underlying mechanism of power that influences our perception of identity and territory in today’s world.