Celebrate Christmas with ‘The Snowman’ and ‘The Bear’ 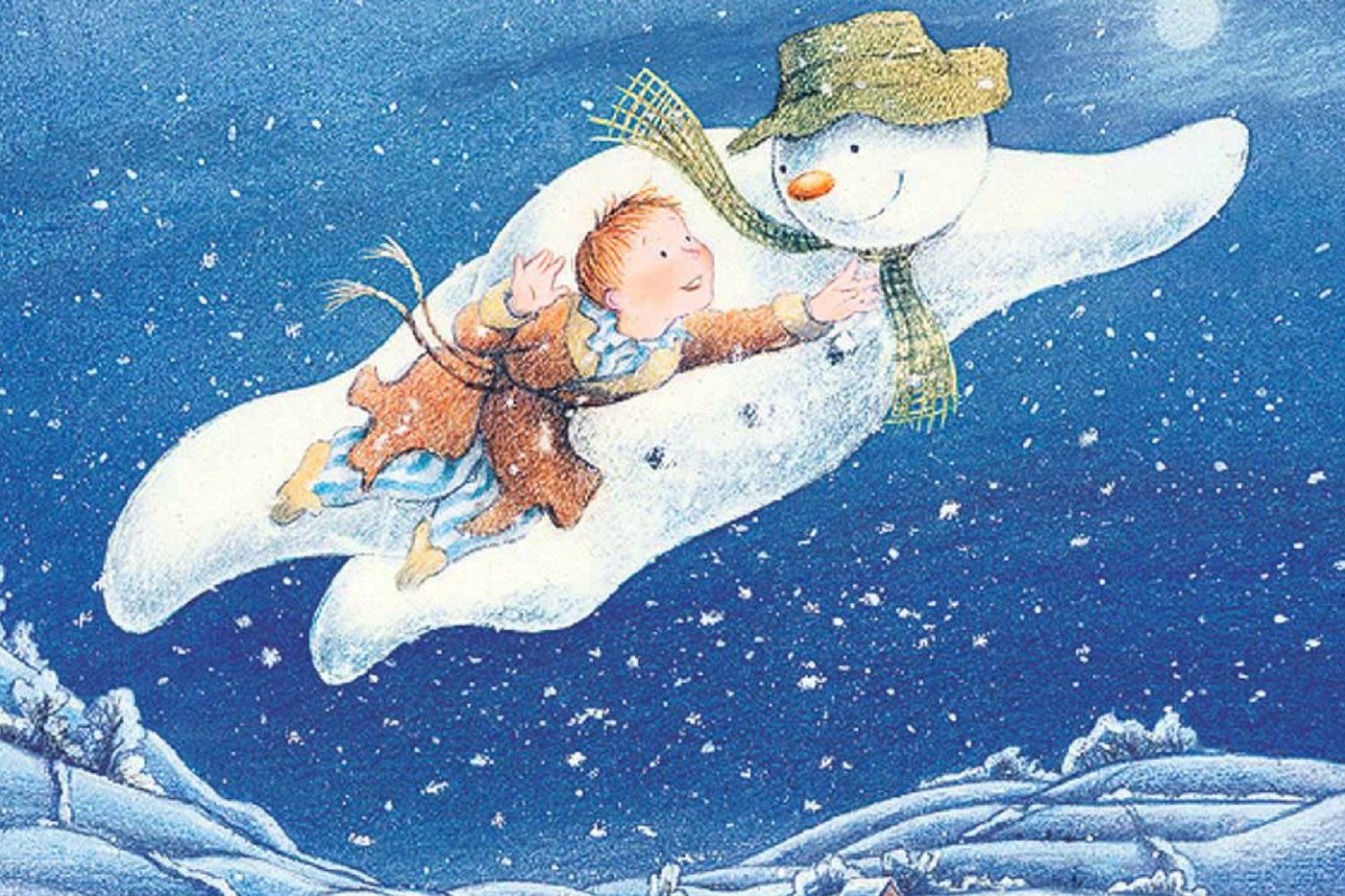 Two stories from the spellbinding children’s picture book series by Raymond Briggs (b. England, 1934) were adapted into the animated films The Snowman and The Bear, premiered on Boxing Day 1982 and Christmas 1998 respectively. They became an immediate success; the former was nominated for the Academy Award for Best Animated Short Film and won a BAFTA TV Award while the latter won the Golden Butterfly Award for the Best Short Film in 2000. Since then, they have captivated the hearts of many with their heart-warming stories and music.

The Snowman tells the tale of little boy James whose snowman comes alive at the stroke of midnight. The two find a sheeted-down motorcycle and take flight over James’s village, the Royal Pavilion, Brighton Palace Pier and across the ocean to meet Santa, who gives James a scarf with a snowman pattern. On their way, they befriend other snowmen and experience the awe-inspiring aurora borealis. The next morning when the sun comes out, James wakes up to discover that his friend has melted away.

The Bear follows Tilly’s visit to the London Zoo, where she accidentally drops her teddy bear into the polar bear pen. That night, the little girl is surprised to see in her room the white bear, which returns her lost teddy bear to her. The pair embarks on a tour around London: travelling to Nelson’s Column, skating on the frozen River Thames and venturing to the London Docks. As the North Star signals the polar bear, the polar bear says goodbye to Tilly tearfully and returns to its natural habitat where its family has been waiting for it since it was first captured by seamen and kept in the London Zoo.

Presented by the City Chamber Orchestra of Hong Kong, the concert-cum-screening will be a multisensual and sensational Christmas production that features live singing, orchestral performances and storytelling.

Celebrate Christmas with ‘The Snowman’ and ‘The Bear’