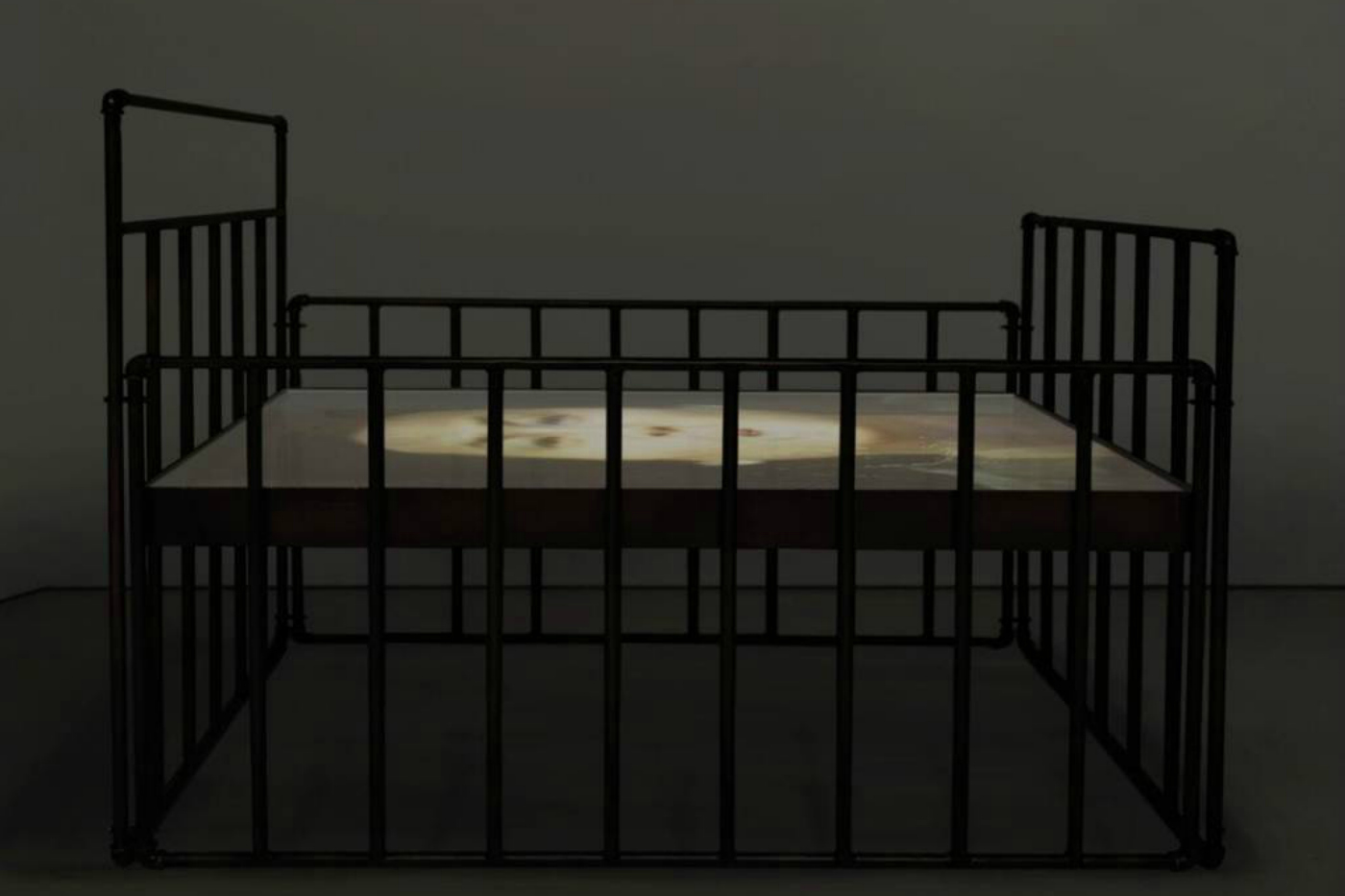 ‘Rotation’ is a solo exhibition by multimedia artist Wang Gongxin, presenting Wang’s artworks from the period immediately preceding his first uses of video and projection in 1996.

Wang Gongxin trained as a painter in the socialist-realist style, and even after seeing video art for the first time—during a stay in New York in the 1987 with his wife Lin Tianmiao as a Visiting Professor at the State University of New York in Cortland—he was hesitant about abandoning the brush.

But a curiosity around multimedia and installation art stayed with him, and began to inform more of his work. Later, he realised that video art offered him a freedom he couldn’t resist. Back in China, he became one of the driving forces in the avant-garde movement, turning his home, and later a corner of a relative’s restaurant, into a gallery where fellow artists could meet and show their work.