Over The Influence, 1/F, Central 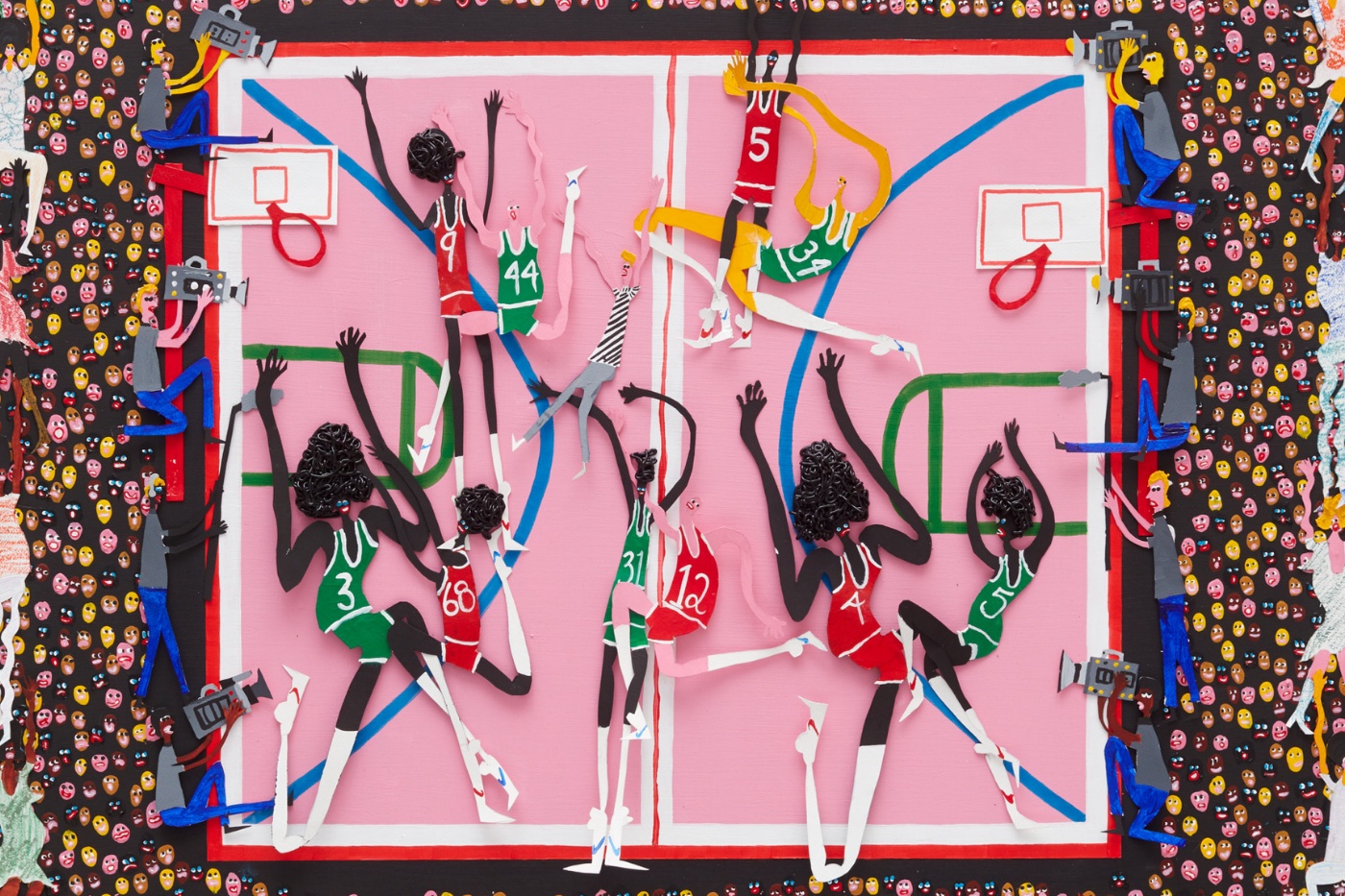 In his latest body of work, multidisciplinary artist Devin Troy Strother (b. 1986) uses the stereotypes of the black entertainer to regain control of the narrative which often fetishises black people’s representation.

Known for his darkly humorous alternative racial narratives in a variety told through a variety of media, from cut paper to neon signage, Strother’s work acknowledges the foundation of “American Culture” in that of African-American performers and entertainers—from Jazz and the blues, to contemporary dance, sports and hiphop.

The young artist finds inspiration in elements as disparate as stand-up comedy, music lyrics, and contemporary politics. His striking, colourful collage art take inspiration from artists such as Joseph Cornell, Marcel Duchamp and Henri Matisse. Though visually simple, Strother does not shy away from uncomfortable topics and confronts his audience with some of the most pressing issues of our time through his tragic absurdities. The lengthy and often absurd titles have become a signature part of the artist’s practice, supporting his visual vernacular with an additional layer of wit.

For Flagrant Foul, his solo exhibition at Over the Influence, Strother has looked back at the mythology surrounding the black athlete and, in particular, basketball. Players like Michael Jordan and LeBron James have a legendary place in American mythology—a status that has transformed them into a form of signage that represents something that transcends superficial critiques like race and background. Through his exploration of basketball as a unifying American story, Strother exposes this aspect of contemporary culture as nothing more than another minstrel-scheme. In Strother’s newest body of work, he systematically works to dismantle the stereotype of “natural black athleticism” by putting in players of all races, in settings that reflect both the inner cities and the bucolic suburbs.