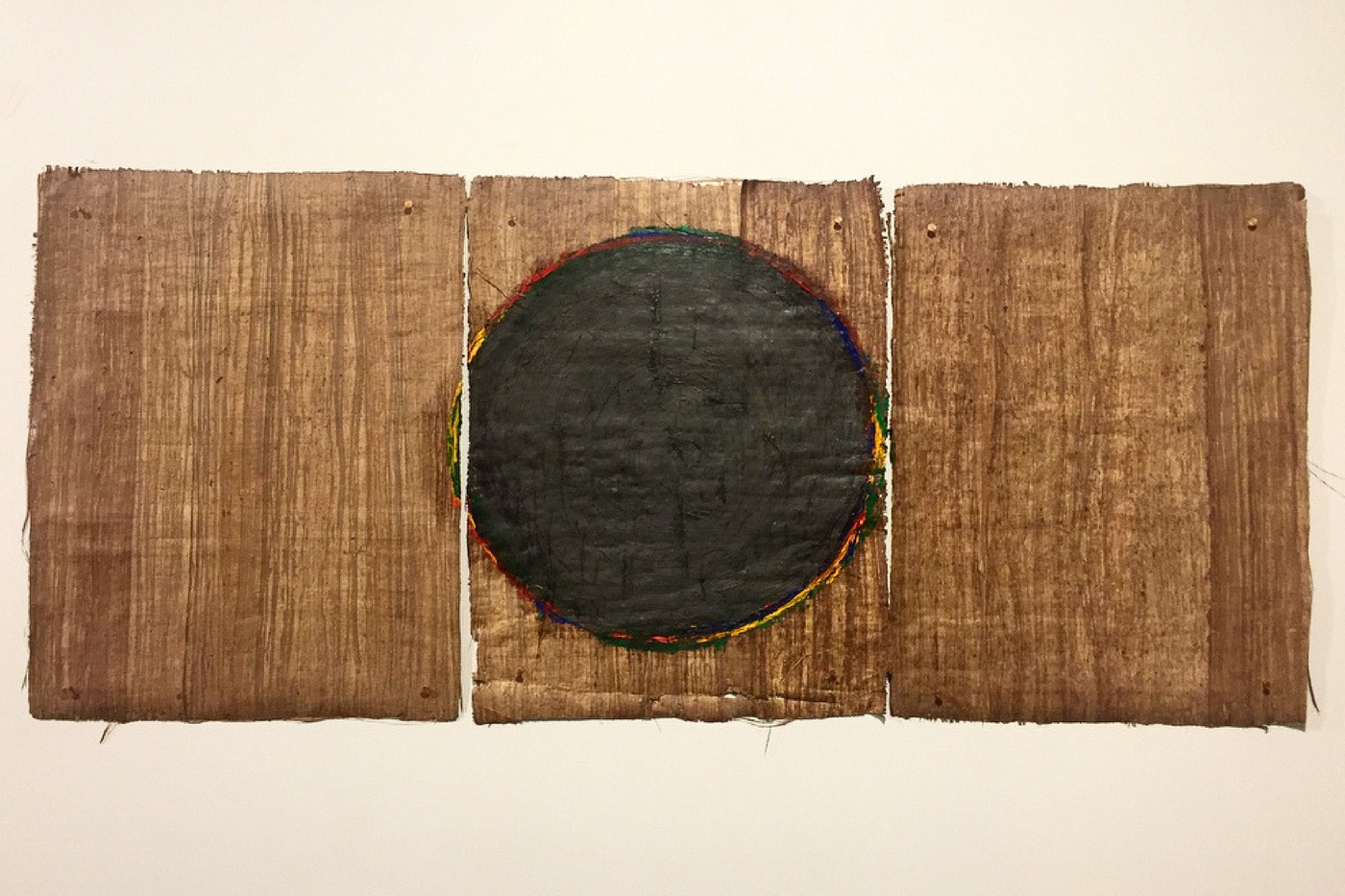 Italian-born, New York-based artist Massimo Antonaci uses the recurring motif of the wheel to invoke enigma, in this show bringing the symbolism of fire into that mix.

Recognised for his daring use of material, Antonaci’s works in tar and glass—mediums he ceased using in 2000–have received international acclaim. He now using papyrus to materialise this circle. To Antonaci’s eyes, papyrus transmutes a force characterised by the artist as ‘man’s own shadow’.

Wheels of Fire is exhibited alongside a selection of rare and complete medieval Tibetan Buddhist manuscripts from the McCarthy collection. Comprised of eleven canonical manuscripts dating from the 13th to 16th century, the elaborate script and calligraphy of the folios venerate Prajñāpāramitā (the Perfection of Transcendent Wisdom) in Mahāyāna Buddhism.