Singing the Body Electric: The Art of Body and Desire 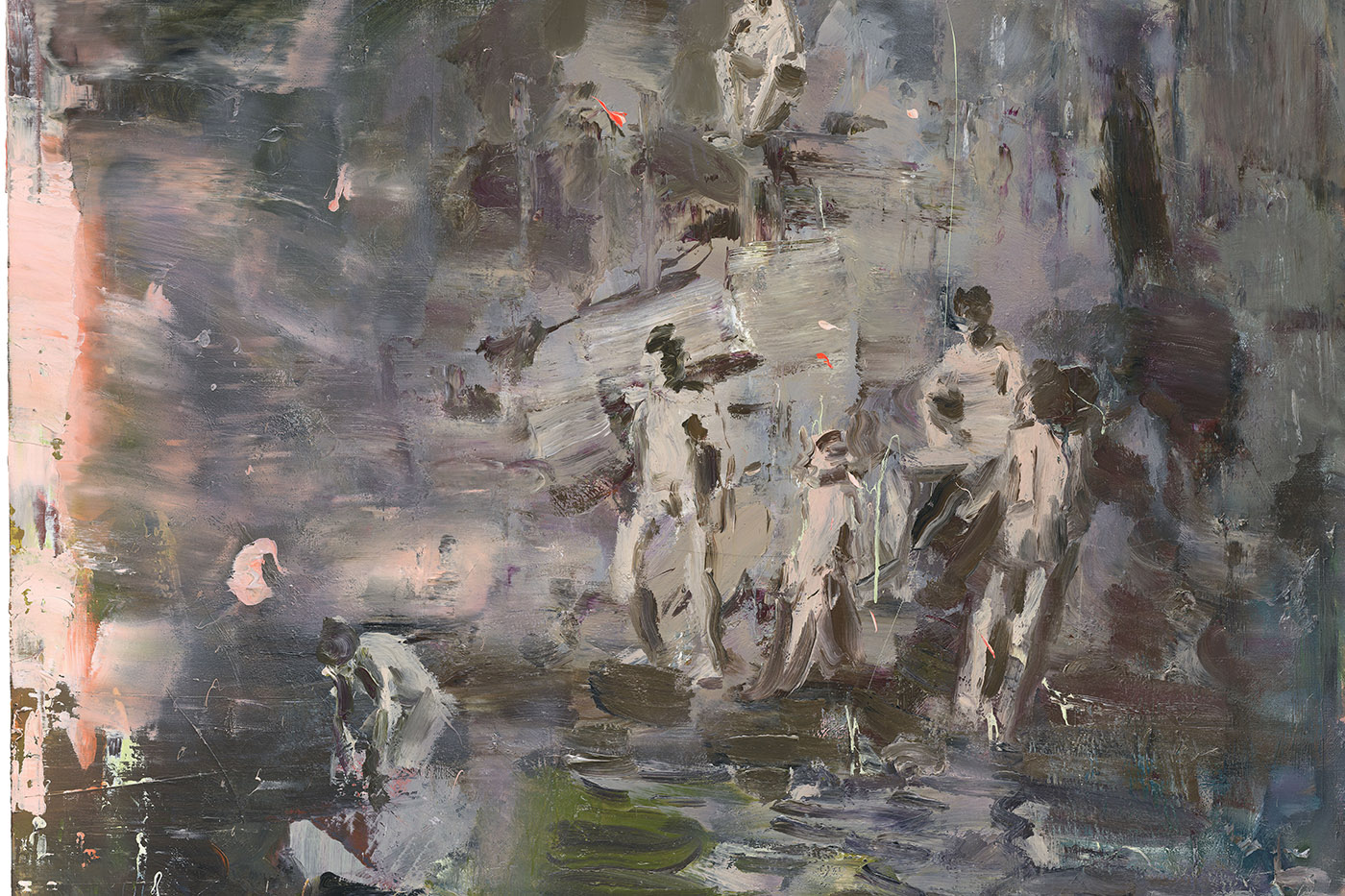 Inspired by Walt Whitman’s ecstatic and politically nuanced poem “I Sing the Body Electric” from Leaves of Grass (1855), the group exhibition showcases works from across various media that celebrate and complicate the themes of the body and desire, while exploring physicality and identity in the context of the synthetic and alienating nature of a highly digitised world.

Known for his nearly two decades’ body of work portraying his generation through images of sentimentality and solitude, Wei Jia (b. 1975, mainland China) has lately embarked on a series of paintings that is based on the edenic and provocative photographs of nude male swimmers from the 1880s by the American realist artist Thomas Eakins (1844–1916). On view is a selection of new paintings, whose loose gestural canvases and lavish brushstrokes depict groups of bathing figures in bucolic landscapes that echo with Chongqing, China’s famous river town, where the artist has spent most of his career.

Also set by the water but in a fantastical landscape, Pond (2007) by Lisa Yuskavage (b. 1962, American) depicts two naked female figures in an embrace amidst the foliage around a pond — the two figures elaborately intertwined to the point where they almost appear to share a single body. Yuskavage’s motifs create an underlying dichotomy between high and low and, by implication, sacred and profane, harmony and dissonance.

Photographer Philip-Lorca diCorcia (b. 1951, America) is known for images that are at once documentary and theatrically staged, operating in the interstices of fact and fiction. On view are two portraits from his iconic Hustlers series (1990–1992), photographed almost 30 years ago in Los Angeles in the vicinity of Santa Monica Boulevard, young male prostitutes posed within motel rooms, on street corners and parking lots, and in the backseat of cars, among other places. As diCorcia notes, “Photography is an exchange. The original title for the project was Trade, as in the street word for prostitutes, as the exchange of services for money, as the role reversal which voyeurs indulge and photography provides, as the desire to be anybody but you.”

The body is constantly reinvented and redefined by clothing. As Wolfgang Tillmans’s (b. 1968, Germany) works denote classic drapery and are suggestive of how figuration and abstraction coexist within his oeuvre at large, as well as the tripartite relationship of photography to surface, three-dimensionality, and sculpture.

Following the tradition of literati painting in the post-Song dynasties and its subversive stance, Jian Yi-Hong (b. 1988, Taiwan) has developed an idiosyncratic style of deliberately simplistic ink lines and ink wash, wittily pairing image and text. Homoerotic and humorous, his visual narratives present a millennial’s highly wired everyday life through fantasies of an ancient past, suffused with tenderness.

Also on display are works by media artist, blogger, activist, and programmer aaajiao (b. 1984, mainland China), including the single-channel video I hate people but I love you (2017), which traces a deadpan conversation between androids and projects a dystopian, sci-fi image of love in the age of social media digital technology, in which everyone assumes multiple roles as users within different accounts to magnify the issues surrounding online identity and homogeneity.

One of the most significant artists to emerge in the late 1980s and early 1990s, Gonzalez-Torres (1957–1996, America) employed simple, everyday materials in his work, including stacks of paper, puzzles, candy, strings of lights, and beads. His evocative work consciously references the language of Minimalism and Conceptualism while resonating with meaning that is at once specific and mutable, rigorous and generous, poetic and political, including the diaphanous blue curtains that comprise “Untitled” (Loverboy) (1989) as well as “Untitled” (March 5th) #2 (1991)—two unadorned lightbulbs suspended from intertwined cords, the first work by the artist to employ these materials. His works engage and complicate such dualities as presence and absence, love and loss, and, by extension, mortality and immortality.

Singing the Body Electric: The Art of Body and Desire