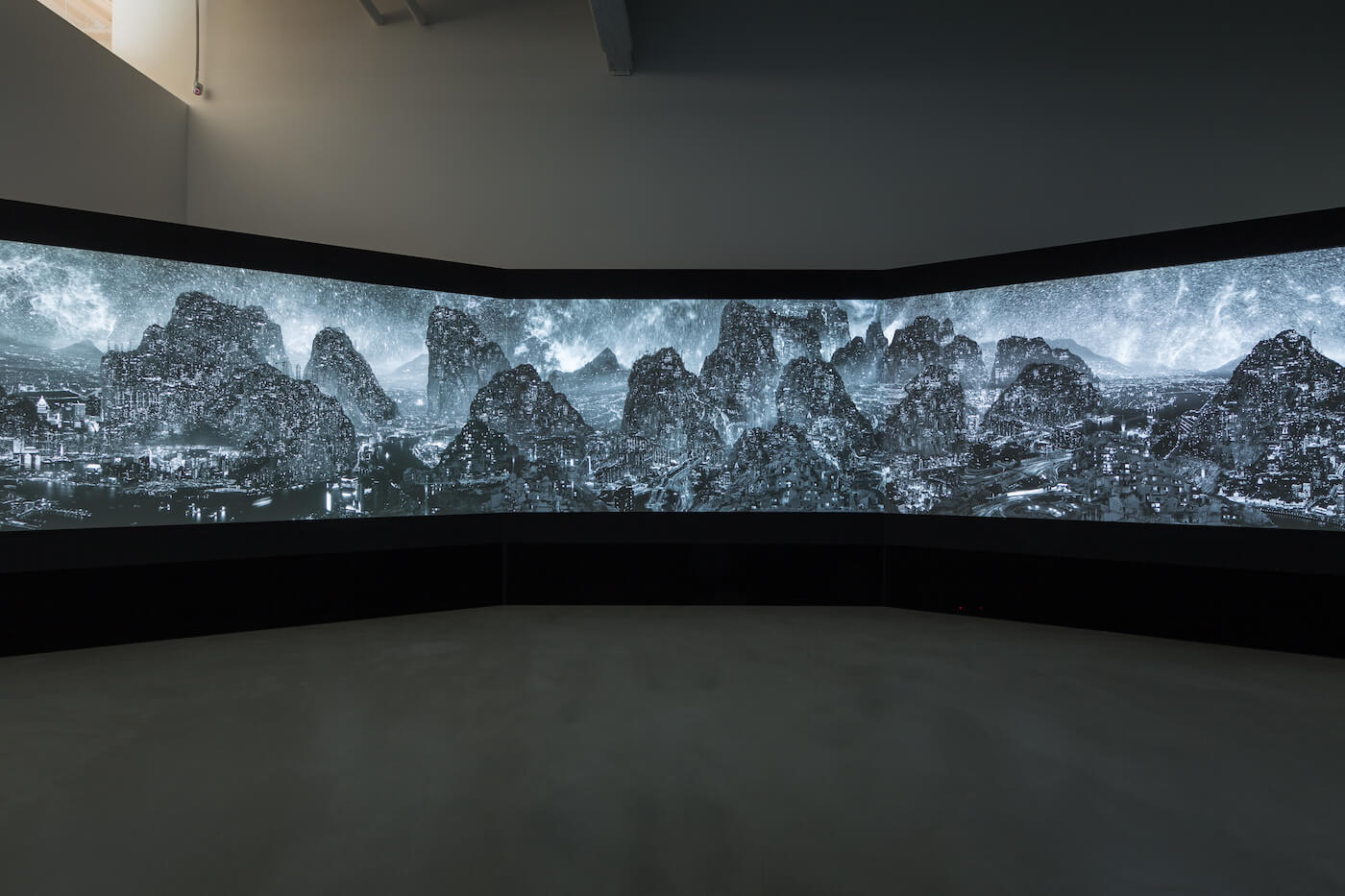 Chinese artist Yang Yongliang’s second solo exhibition with Whitestone Gallery, Views of Water, includes a new body of works divided into three parts. They include a new video project of Views of Water, Yang’s latest VR work Nine Dragons (which made its debut at the Cannes Film Festival 2019 and will be showing in a gallery space for the first time), and a series of lightbox pieces in which Yang transformed digital images and developed them onto negative films.

Born in 1980 in Shanghai, Yang Yongliang graduated from China Academy of Art in 2003, majoring in visual communication. Also trained in traditional Chinese ink paintings and working as a multimedia artist, Yang creates works that meld both traditional art forms and digital technology.

Through his practice, Yang Yongliang strives to draw attention to issues such as environmental pollution and rapid urbanization. His works exhibited at Views of Water reflect just that.

Currently dividing his time between New York and Shanghai, Yang Yongliang’s works are included in public collections such as The British Museum, MoMA NYC, San Francisco Asian Art Museum and more. Yang Yongliang has also been awarded the 2019 Asia Arts Game Changer granted by Asia Society and was nominated for The Global Award in Photography and Sustainability in 2019 and the 40th Anniversary of the Recontres d’Arles, Discovery Prize in 2009.