When the Western Market was built in 1906, it held court over a particularly busy stretch of harbourfront where dockers jostled for space with sailors and ferry commuters. Today, the shoreline is gone, replaced by the Shun Tak Centre and the heavy concrete expanse of a highway flyover. But the Western Market is still there, a survivor from a bygone era – in more ways than one.

To understand the origins of this handsome Edwardian building, you have to go back to the very early days of British colonialism in Hong Kong. As the First Opium War raged from 1839 to 1842, itinerant Chinese merchants supplied British ships moored off the coast of Hong Kong, despite such activities being considered traitorous by imperial authorities. In the autumn of 1839, British trade superintendent Charles Elliot travelled ashore with missionary Karl Gützlaff and they were greeted on the beach by hawkers offering them “a large quantity of pigs, ducks and fowls.”

Elliott later wrote that at least 2,000 Chinese boats were engaged in selling food to the British. In 1841, there were so many boats selling food off the coast of Hong Kong, the scene was described by the China Mail as a “floating Wapping,” referring to a densely-packed market district in East London. The former North Block of the Western Market, built in 1906 An MTR ventilation shaft outside the market The former North Block has a typically Edwardian façade An eastern view of the market

The market grew even larger when the British occupied Hong Kong Island. In the first eight months of British control in 1841, the number of boat people in the harbour grew from 2,000 to 5,000, and the number of onshore food stalls had expanded just as quickly, with a bamboo market sprouting right next to where British ships were anchored. As historian Gary Luk notes in his paper Collaboration and Conflict: Food Provisioning in Early Colonial Hong Kong, “food was abundant in early British Hong Kong.”

An 1842 article in The Friend of China—Hong Kong’s first English-language newspaper—illustrates that abundance. The young colony’s markets catered to “the utmost requirements of the refined gastronome,” the paper reported. You could buy fresh milk and butter, bread and biscuits, and a vast range of reasonably-priced fruits and vegetables, including plantains, plums, pears, mangoes, lychees, pumpkin, turnips and various kinds of potatoes. There was even beef – and it was very affordable, according to the paper.

This bounty was beneficial both to European settlers and the quickly growing population of Chinese migrants. But as the city’s hawkers proliferated, British rulers began to see them as a nuisance. The 1842 census counted 600 hawkers, about 10 percent of the colony’s Chinese population, and they thronged Queen’s Road, the first street established by the British. “The awful sound of Chinese hawkers selling unpleasant-smelling food greatly annoyed the foreign inhabitants,” writes Luk, and the colonial government took steps to restrict the sale of food on the streets. The interior of th 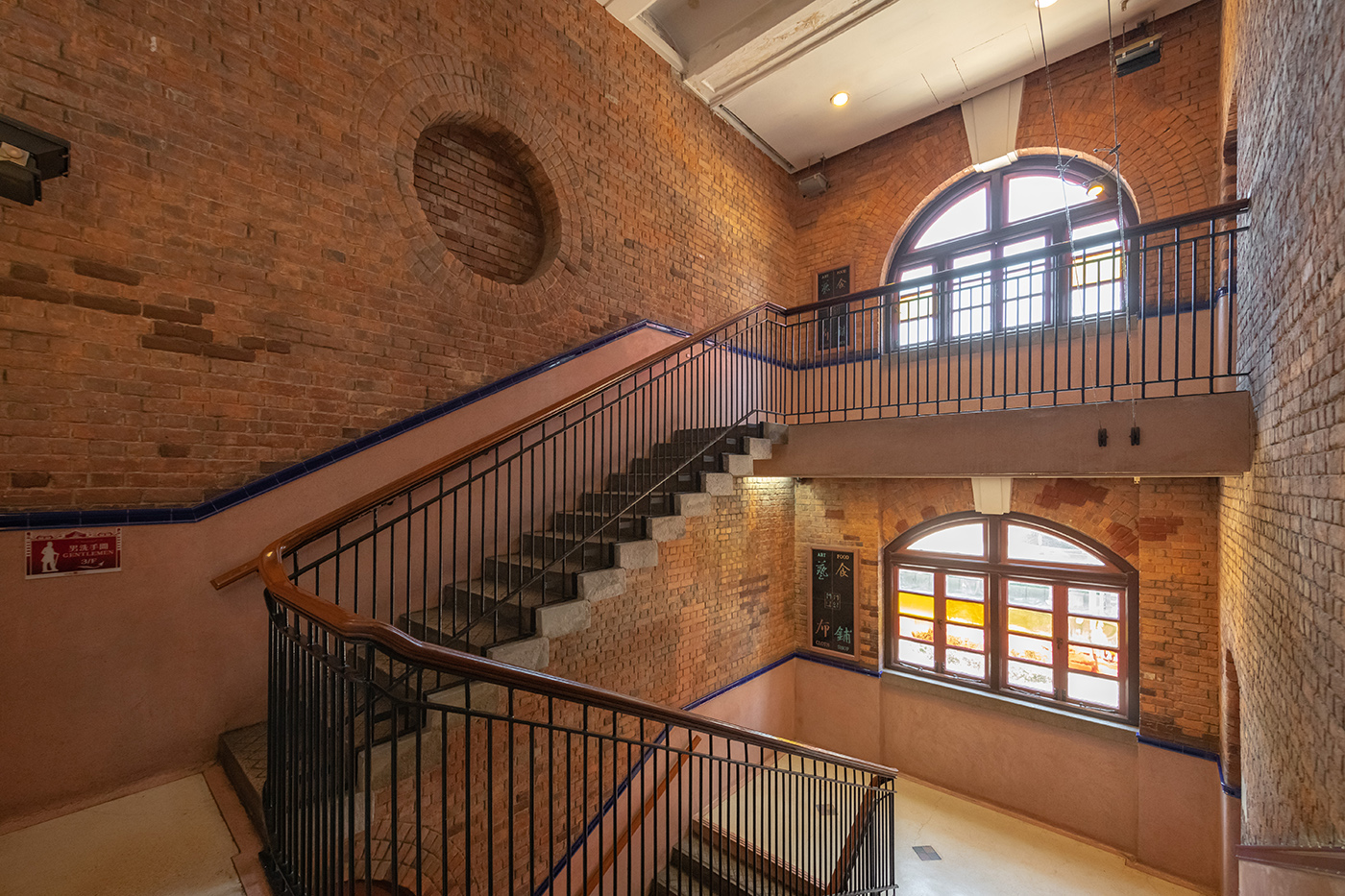 The renovated market reopened in 1991

Thus began what Luk describes as a “carrot and stick approach.” Street hawking was banned, but a formal marketplace was set up in Central in May 1842. Anyone selling food on the street faced heavy fines: a fishmonger named Wong-awun was fined HK$20 and jailed for two weeks for erecting a stall on Queen’s Road. That was a steep penalty considering a food hawker could expect to earn around HK$5 a month. By contrast, it cost only 75 cents to rent a stall in the Central Market for an entire month.

Luk describes the Central Market as “very organised and orderly.” A gate on Queen’s Road led to a compound that contained “four or five” bamboo sheds. Stalls were organised according to the type of food they sold, with departments for meat, fruit and vegetables, poultry, salted fish and fresh fish. Eventually, the bamboo was replaced by brick and tile and the Central Market was joined by two others, one uphill in Tai Ping Shan, the other further down Queen’s Road in Sheung Wan.

The Western Market on Queen’s Road was formally established in 1858, although an officially sanctioned street market had already been operating there for 14 years. The market had an imposing brick and masonry façade, with an arched entrance, a colonnaded verandah and two large circular windows surrounded by keystones that looked vaguely like eyelashes. As the city grew, the market hall on Queen’s Road was joined by another one on the waterfront, which came to be known as the North Block.

Construction on the North Block began in 1902 and lasted four years. The new hall was a stately redbrick structure with white plaster stripes; its arched windows and first-floor colonnade recalled the design of its older sibling, which was henceforth known as the South Block. Inside the North Block was room for 67 stalls for the sale of live fish, 12 poultry shops, a mezzanine with 14 shops, a poultry slaughterhouse, storerooms, offices and an engine room that pumped water that was used to hose down the floors every day.

So began an eight-decade stretch of serving Sheung Wan with fresh food, interrupted only by the Japanese occupation during World War II, when provisions were strictly rationed. But the dawn of the 1980s brought with it lasting change. The years after the war saw a surge in the number of street hawkers as migrants from mainland China tried to eke out a living. As in the 1840s, the government dealt with this by cracking down on one hand, and on the other offering hawkers cheap spaces inside newly-built markets and food courts. These facilities were being built all over Hong Kong and they were often combined with civic sports centres, libraries and cultural venues. 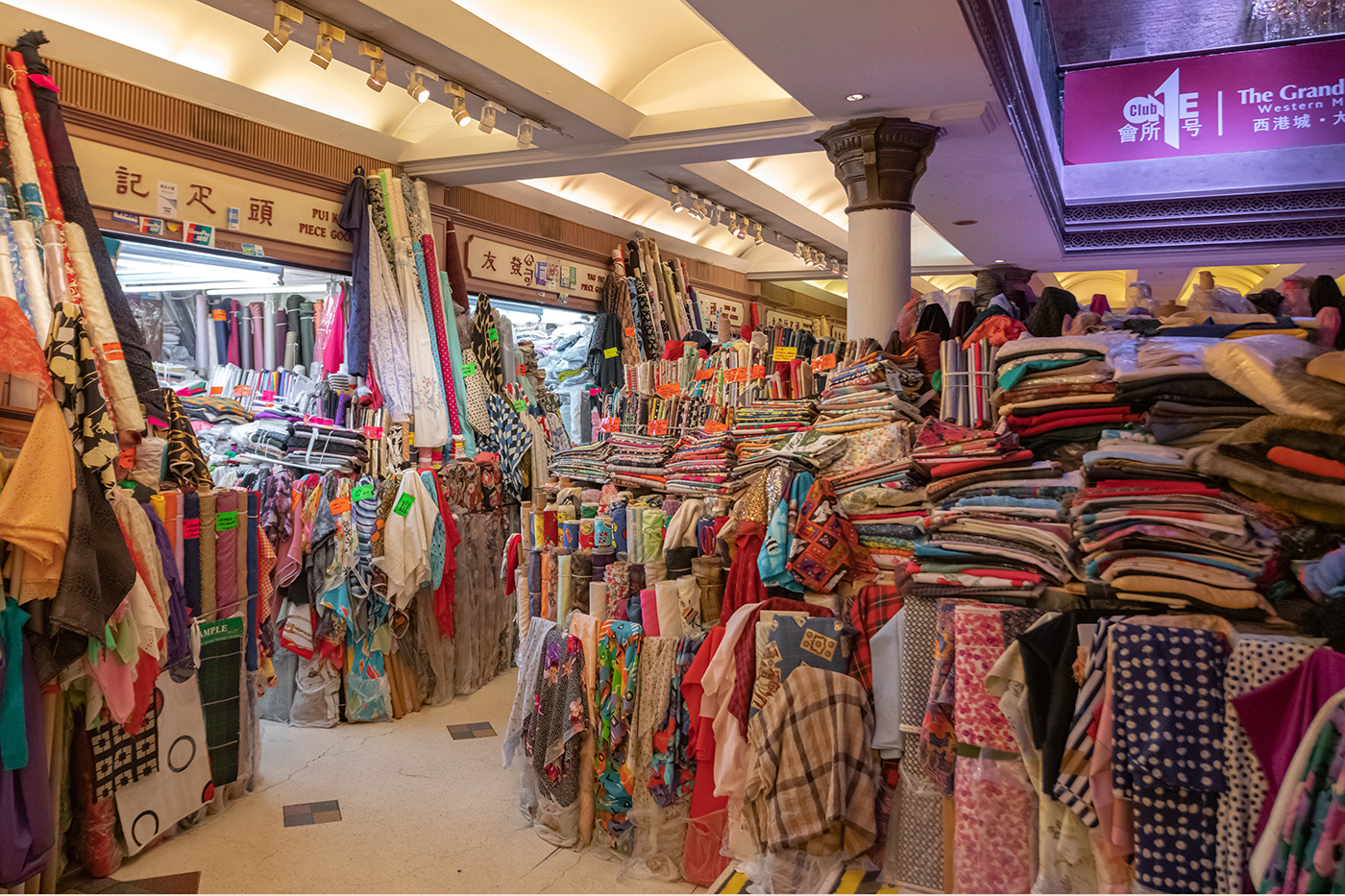 Fabric vendors were relocated to the market from Wing On Street In 1980, construction on Sheung Wan MTR station presented an opportunity to redevelop some of the older and more dilapidated corners of the neighbourhood, including the original South Block of the Western Market. The government decided to replace the market hall with a new complex overseen by the Urban Council, the elected and financially autonomous body that oversaw Hong Kong’s civic affairs.

The market’s hawkers were temporarily relocated and the 122-year-old structure was torn apart. In its place rose the 14-storey Sheung Wan Municipal Services Building, which opened in 1989 with a plethora of neighbourhood facilities: a wet market, a cooked food centre, a theatre, dance studios, art studios, music practice rooms, a lecture hall, a gallery, a gym, an arena, a dance room, squash courts and public toilets.

Although the South Block was lost to the wrecking ball, the North Block was declared a historic monument. That didn’t mean it would stay a food market, however. After its hawkers were relocated into the new wet market on Queen’s Road, the Land Development Corporation (LDC) took over the North Block and launched a complete renovation overseen by architect Tao Ho.

With the renovation came a shift in focus. A kilometre away, on the other side of Sheung Wan, the LDC was busy clearing space for a huge office development that would be known as The Center. Wing On Street, known as Cloth Street for its many textile shops, fell victim to the redevelopment. As compensation, the LDC offered the fabric vendors space inside the Western Market.

They are still there today, tucked inside the market’s mezzanine, overlooking the handful of cafés and souvenir shops that now occupy the ground floor. Upstairs is a banquet hall that rents out space for weddings and other events. The fabric vendors say business in the market has never matched that of Cloth Street. Lee Loy Piece Goods Company once had a three-storey shop in Wing On Street, but today it occupies a tiny stall in the Western Market. “We had tens of employees and lots of business,” says its owner, Chan Sen. “Now it’s just me.” A view of the market along Connaught Road A staircase inside the market There may even more change to come. Three years ago, the fabric vendors were told they would have to vacate the market as the Urban Renewal Authority—the LDC’s successor—was going to once again renovate and refocus. Plans were floated about turning the Western Market into a hub for wine traders. But that never came to fruition, and so far the fabric vendors are being allowed to stay, at least for now.

Meanwhile, the North Block of the Western Market will remain standing, thanks to its rare classification as an historic monument. But its future is still uncertain – a testament to Hong Kong’s shifting attitudes towards public markets, urban space and heritage.

Hong Kong's oldest surviving market building has a history even older than its Edwardian façade.