Hong Kong is the Most Shopping Mall-Crazy City on Earth. Is That a Bad Thing? 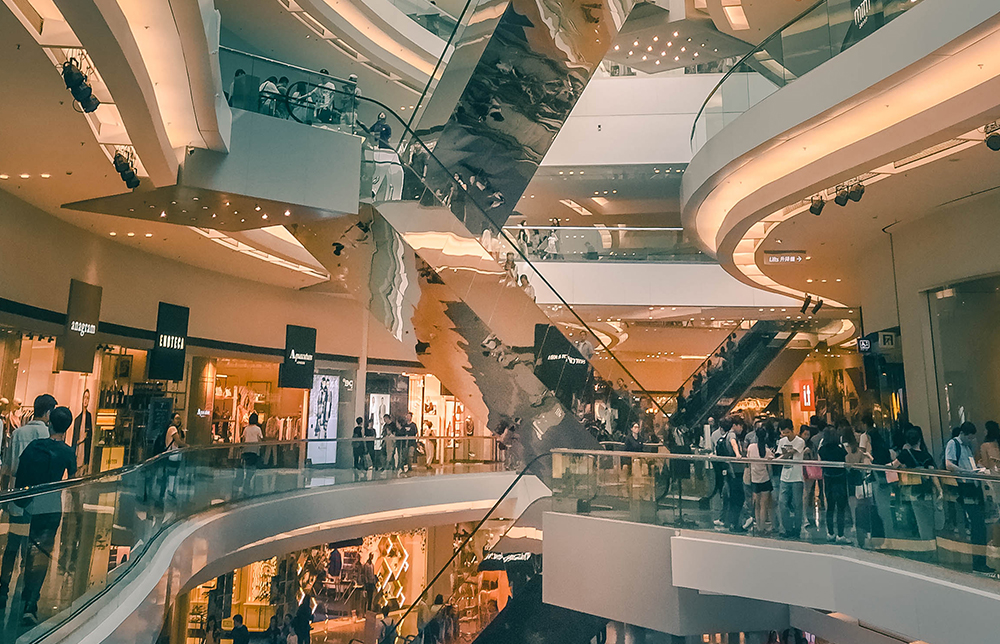 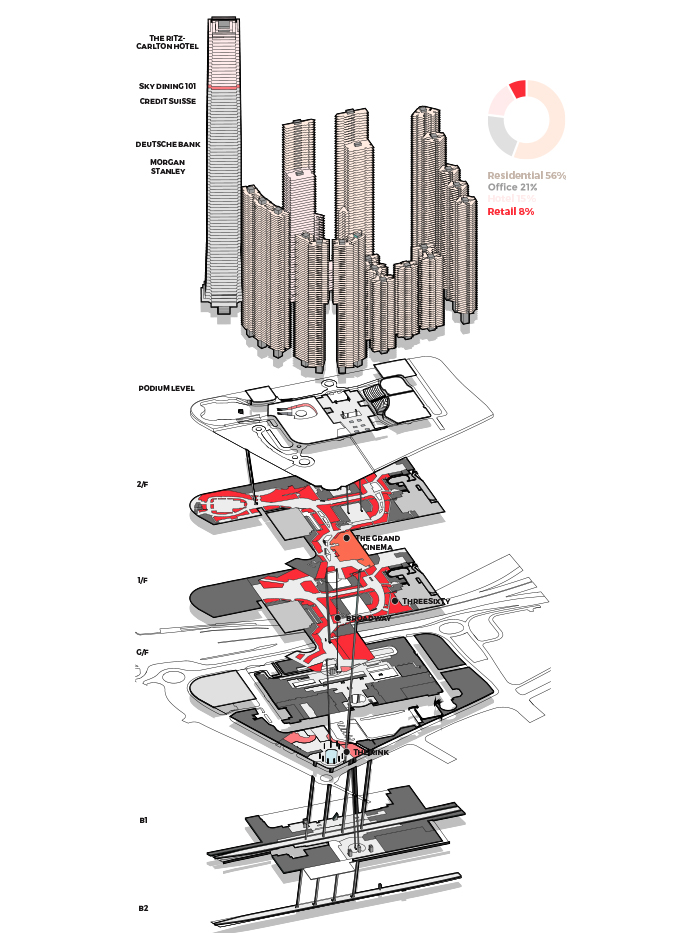 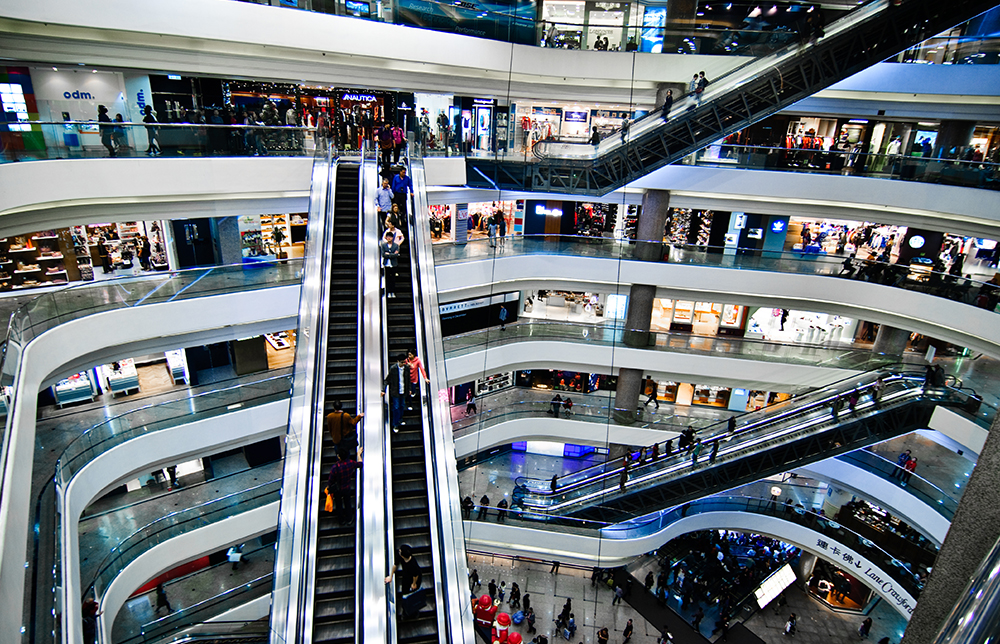 Nine years ago, something remarkable happened to Times Square, one of Hong Kong’s most famous shopping malls. For years, security guards had chased away buskers and protesters from the ground-floor plaza outside the mall’s Russell Street entrance. There were no benches; anyone who dared sit down on one of the low marble walls was shooed off. “Don’t even think about sitting on that planter. Big Brother is watching you,” warned the South China Morning Post in 2008.

Then something changed. Urban planning advocates took a close look at Times Square’s land deed and found that its plaza was in fact public space – the mall’s management had no right to restrict public activities. Grassroots activist Chu Hoi-dick (now an elected member of the Legislative Council) organised protests, and a street theatre group used the plaza for performances.

Times Square resisted at first, but eventually relented in the face of public pressure and a government lawsuit. Today, the guitars of street performers compete with advertisements blaring from a giant overhead video screen, while dozens of people can be seen lounging on new benches next to the planters. In 2013, dozens of musicians performed an ad hoc rendition of “Hearts” by local band Noughts & Exes in the plaza. Security guards kept a close eye but didn’t intervene. Big Brother may still be watching, but for now he is leaving everyone alone.

All of this may be familiar if you live in Hong Kong. But it may strike others as odd. Why so much fuss over a shopping mall? It’s because, in Hong Kong, a mall is never just a mall: it’s one of the essential building blocks of the city. “Hong Kong is a city of malls,” says Stefan Al, a Dutch architect and associate professor at the University of Pennsylvania. His new book, Mall City: Hong Kong’s Dreamworlds of Consumption, is packed with fascinating drawings and statistics of Hong Kong’s shopping centres, including the startling (but not surprising) fact that Hong Kong has a denser concentration of malls than anywhere else in the world. The book charts the evolution of Hong Kong’s malls, but it also raises questions about what happens when so much of a city’s social, economic and cultural life is focused around privately-owned commercial spaces.

The roots of shopping malls stretch back thousands of years to the covered markets of ancient times. Open since 1461, Istanbul’s Grand Bazaar is the world’s oldest continually operating market hall, with 4,000 tiny shops packed along 61 covered lanes. These types of expansive bazaars were common throughout the Middle East, but in much of the world, markets specialised first and foremost in necessities; it wasn’t until the Industrial Revolution that shopping became a leisure activity, with extravagant new arcades in Paris, London and Milan.

In the post-war era, the United States pioneered the suburban mall – giant enclosed complexes surrounded by a sea of parking. In particular, it was Austrian-born American architect Victor Gruen who developed the world’s first fully enclosed mall, the Southdale Center, in suburban Minneapolis, which opened in 1956.

In a crowded city with hot, humid summers, this kind of climate-controlled retail emporium quickly found favour with the public. A few years after it opened, Ocean Terminal’s landowner, Wharf Properties, demolished its warehouses along Canton Road and built Ocean Centre and Harbour City, creating an enormous interlinked shopping complex. Central’s Landmark was the next mall to open, in 1980, along with the MTR Corporation’s first real estate development project, Telford Plaza. Soon, malls were being built throughout Hong Kong, many of them stocked with attractions beyond shopping: Taikoo Shing’s Cityplaza boasted the city’s first ice skating rink when it opened in 1982, while Dragon Centre in Sham Shui Po, which opened in 1994, has a roller coaster. Hong Kong’s malls are taller and more complex than anywhere else in the world, with shops stacked as high as 19 floors (in the case of Kowloon Bay’s MegaBox), linked by lifts and “expresscalators” that span several floors at a time. Others are more modest in scale, but perhaps more interesting in character, like Argyle Centre in Mongkok, whose hundreds of tiny independent shops sell the latest fashions to teenagers. Some malls are specialised, like the Golden Computer Centre in Sham Shui Po, a warren of electronics shops. Others are unexpectedly eclectic: Wing On Plaza, on Mody Road, contains a cabaret, tailor shops, Indian restaurants and a synagogue.

Many of Hong Kong’s most recognisable malls were built in the 1980s, historic boom years that saw the city grow wealthy from real estate, finance and cross-border deals with a newly liberalised China. Zolima CityMag contributor Laine Tam, who was born in 1984, remembers spending much of her free time in shopping malls. “We would go from lunch to closing – Cerutti, Naf Naf, Lane Crawford. Then tea at one of the high tea places,” she says. There were so many shoppers, it once took her family an hour and a half to leave the car park.

That kind of consumer culture developed hand in hand with Hong Kong’s urban landscape. Malls became the focal point for every new neighbourhood and housing estate. While malls in North America are losing popularity — the United States in particular is littered with so-called “dead malls” — the Hong Kong mall is an integral part of life. If you took the malls away, you would be removing a huge chunk of the city.

“[The mall’s] tentacles reach deep into the ground to attach to subway systems, or bind to other malls with an ivy-like mesh of sky bridges,” writes Stefan Al. Towers sprout from mall rooftops. “The mall provides the skyscrapers with extended entry points, an elevated base, and a private roof deck, while the skyscrapers offer the mall an icon visible from far away and a large economy of residents to feed the mall, and establish a self-sufficient ecosystem.” Hong Kong’s vertical nature is based on this symbiotic relationship between towers and malls. “For millions of people, entering a mall has become an inevitability, not a choice,” writes Al. “It has set in stone a culture of consumerism in which everyday life is increasingly played out on the terrain of the mall, and the private shopping atrium takes on the role of the public square.”

That may not be a good thing. A shopping centre atrium is no place for free expression or the kinds of impromptu interactions that give cities character. Malls exist not as a civic spaces but as sites of consumption: no matter how many art exhibitions or skating lessons you can enjoy in a mall, its main goal is still to extract money from your wallet. In some cases, that relationship manifests itself physically. In his book, Al documents the proportion of blank walls that surround Hong Kong’s malls – 89 percent in the case of Elements, making it as impenetrable as a fortress. The mall takes but it does not give back. (Other malls are friendlier to their surroundings: Pacific Place has a blank wall ratio of just 11.3 percent, with many connections to nearby streets and buildings.)

It’s easy enough to see how malls affect the urban landscape. How malls impact Hong Kong’s culture is a more difficult question to answer. “The mall has the dual potential to either erode urban public life or to contribute to it,” writes Al. Hong Kong is a city of endless contradictions, and its malls are no different. Just think of Times Square: a place of control became a place of free expression. Hong Kong is a city of malls, but it’s also a place where malls are the city.


Hong Kong is the Most Shopping Mall-Crazy City on Earth. Is That a Bad Thing?