Hong Kong was never flattened by an earthquake or razed by firebombs. And yet the city has changed so drastically in form and appearance that a time traveller from the 1930s simply would not recognise what is around them. Nearly all buildings from before World War II have been redeveloped, leaving only little more than a thousand prewar structures scattered around the city.

What’s missing isn’t so much landmarks like churches and temples, courthouses and schools; it’s the humble, everyday buildings that filled the space in between those monuments. For the most part, those buildings were shophouses. Rooted in southern China, these structures spread across Southeast Asia along with Chinese migrants, and they became a dominant building type in cities as varied as Singapore, Penang, Tainan and of course Hong Kong.

We’ve covered the history of shophouses before, in our article about Hong Kong’s mysterious ghost pillars, but here’s a rough recap. Known locally as tong4 lau2 (唐樓, “Chinese building”), shophouses evolved to allow large extended families to run businesses out of their homes. They varied in form depending on local customs and building codes, but they all shared the same DNA, with architectural features like verandahs and porticoes to provide shelter from the sun and rain. 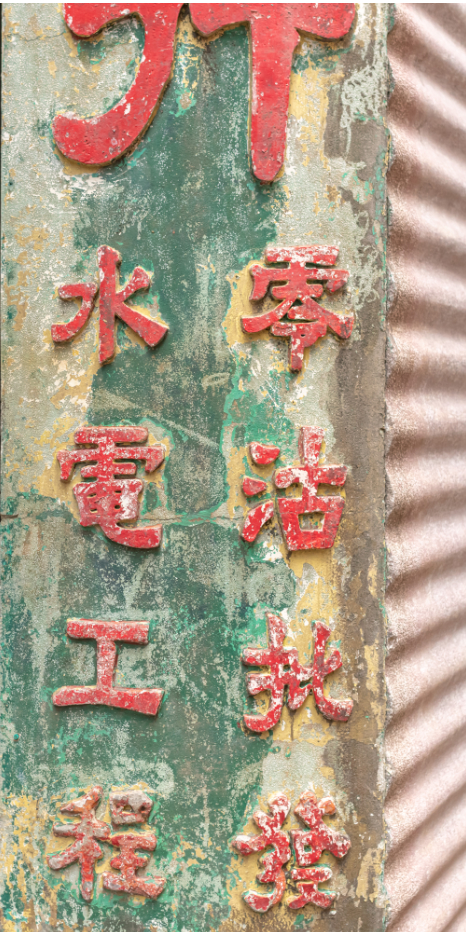 That was the scene in every urban neighbourhood of Hong Kong. It created an extremely vibrant cityscape where domestic and commercial life spilled out and intermingled in the streets, but life inside the shophouses was far from ideal. Thomas Ngan, a history enthusiast who works in customer service, grew up in a shophouse on Lockhart Road in Wan Chai in the 1960s. “It could be gloomy,” he says, because the stairwell had no light and even in the flat, fluorescent bulbs emitted only a weak glow. Ngan’s family partitioned their flat’s single room into three smaller spaces, with his family in the middle, their grandmother in another cubicle and his aunt, uncle and cousin on the verandah, which they sealed with windows, even though the law required it to be open to the outdoors.

Ngan’s experience was common because, in the decades after World War II, Hong Kong’s population exploded with millions of migrants from mainland China, and the housing stock was strained to the max. Many newcomers were forced to live in wood shacks on precarious hillsides because there just weren’t enough flats available to rent. The lucky ones who found a solid roof over their heads were usually packed into overcrowded shophouse flats. The Ngan family’s shophouse was demolished in the 1970s and replaced by a high-rise block. Since then, nearly every other shophouse has suffered the same fate. There are a few here and there in older neighbourhoods like Sham Shui Po, Shau Kei Wan and Yau Ma Tei, often standing alone or in a pair, surrounded by larger, more modern buildings. In Wan Chai, three blocks of shophouses have been saved by heritage conservation projects, including Comix Homebase, The Pawn and the Blue House. But these are isolated fragments of history adrift in a sea of skyscrapers. The endless blocks of prewar shophouses that once defined the streets of Hong Kong are no more.

But there is one exception: 600-626 Shanghai Street. Purely by accident, this cluster of ten prewar shophouses managed to survive the wrecking ball, even as all of the surrounding blocks of Mongkok were intensively redeveloped. They are now the largest such cluster in the city. In 2008, the buildings were acquired by the Urban Renewal Authority (URA), which pledged to conserve and rehabilitate them.

More than a decade later, the project is finally finished – but not without controversy. It turns out only the façades of the shophouses were preserved, with the interiors replaced by an entirely new building. “The façade and the covered walkway have been conserved in situ, while the structures behind the façade had to be reconstructed,” says Lee Ho-yin, director of the Architectural Conservation Programme at the University of Hong Kong.

Lee and his colleague Lynne DiStefano consulted the URA on the project in 2014. He says the project faced a number of challenges. First was the quality of the original construction. Hong Kong’s prewar shophouses can be divided into three generations: brick-and-timber structures built in the 19th century; so-called “transitional” shophouses built at the beginning of the 20th century that use a mix of brick, timber and reinforced concrete; and shophouses from the late 1920s and 30s made entirely from reinforced concrete. There is little information on the exact origins of the Shanghai Street shophouses because their building records were lost or destroyed in World War II, but Lee says they bear the hallmarks of the transitional era, with a mix of building materials that hadn’t aged well.

Unlike the Blue House, which has maintained its original vocation as a residential complex, the URA decided the Shanghai Street shophouses would function better as a community and commercial facility. That meant upgrading them to meet Hong Kong’s strict modern-day building codes. They would need lifts, fire escapes and floors that could hold more weight than they were originally designed to handle. All of that posed an immense technical challenge. “Restoring the original structure and materials to a condition that meets the current building code is near impossible,” says Lee.

And so the URA decided the best approach would be to preserve the historic façades while building an entirely new structure behind them, albeit one that maintains the scale and floor area of the original shophouses. Lee says this approach meets the recommendations he and DiStefano made six years ago, when they called for the project to maintain the continuity of the historic streetscape and to create a sense of “visual excitement” by preserving layers of the shophouse’s history.

In previous decades, the alternative would have been much worse. “Any architect, structural engineer and building surveyor will tell you that it’s always faster and cheaper to demolish an old building and reconstruct a replica, and this was the approach taken in the past,” says Lee, pointing to the Repulse Bay Hotel—a replica of which now serves as a shopping mall—and Murray House, whose facsimile now stands on the Stanley waterfront. In the case of Shanghai Street, at least a tangible vestige of the past has been maintained. That was done by preserving a number of details that testify to the shophouses’ history. They include old shop signs that had been painted and embossed on the granite portico columns and balconies, revealing a diverse range of commercial tenants over the years: a bicycle shop, a cha chaan teng, leather shops, electrical shops and even a “flask hospital” that repaired vacuum flasks. In some cases, workers were unable to find the original materials used on the façades, such as yellow mud, but they stayed “as close to the old style as possible” when they restored them, master plasterer To Fai told local magazine HK01.

Beyond the façades, a number of other key elements were preserved and incorporated into the new structure, including red brick walls, patterned floor tiles, wood windows. The shophouses’ original chimneys—a remnant of the days when shophouse residents cooked with firewood—were also incorporated onto the roof of the new building.

These are all original details, not replicas, but the shophouses are certainly not what they once were. Behind the old façades is a not-for-profit shopping mall, 618 Shanghai Street, that is dedicated to independent businesses selling locally-designed handicrafts and design objects – a kind of miniature version of the PMQ, the design centre that now occupies the former Police Married Quarters in Sheung Wan. That approach doesn’t sit well with some observers. In 2009, the now-defunct HK Magazine called the project “sham preservation” because the URA kicked out the shophouses’ tenants after it acquired the properties. Some visitors have remarked that the interior of the newly built structure feels generic, although the quality of the restored façades has been widely praised.

Lee says that, given the complexity of the renovations, it would have been impossible to retain the shophouses’ original vocation. “By the time the project commenced, the original tenants were long gone,” he says. “The owners of the buildings were not the same people as the poor tenants who used to live on the premises, some of whom were prostitutes managed by the triads. Many of these owners also own multiple properties elsewhere, and they had intentionally left their properties uncared for to hasten the need for urban renewal that would bring them lucrative compensation.”

And in a city that is still struggling to conserve its heritage, keeping the largest remaining cluster of shophouse alive—even if it’s an entirely new kind of life—feels like a victory. A time traveller from the prewar era might not recognise today’s Hong Kong, but if they wandered down Shanghai Street, they might still have a glimmer of recognition.

Hong Kong's largest intact cluster of shophouses has been preserved and restored – but only in part.