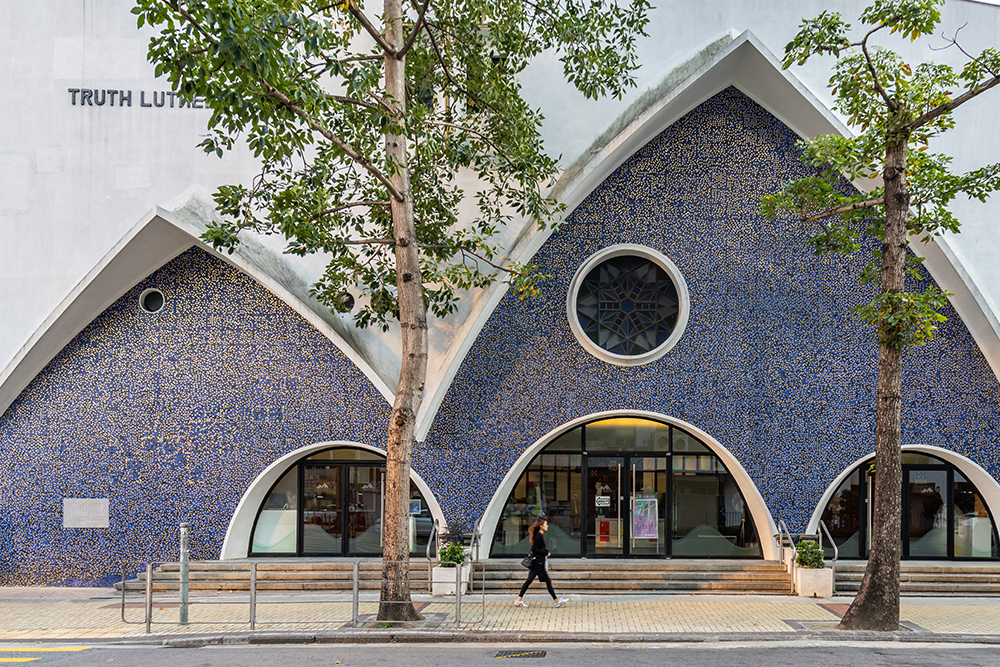 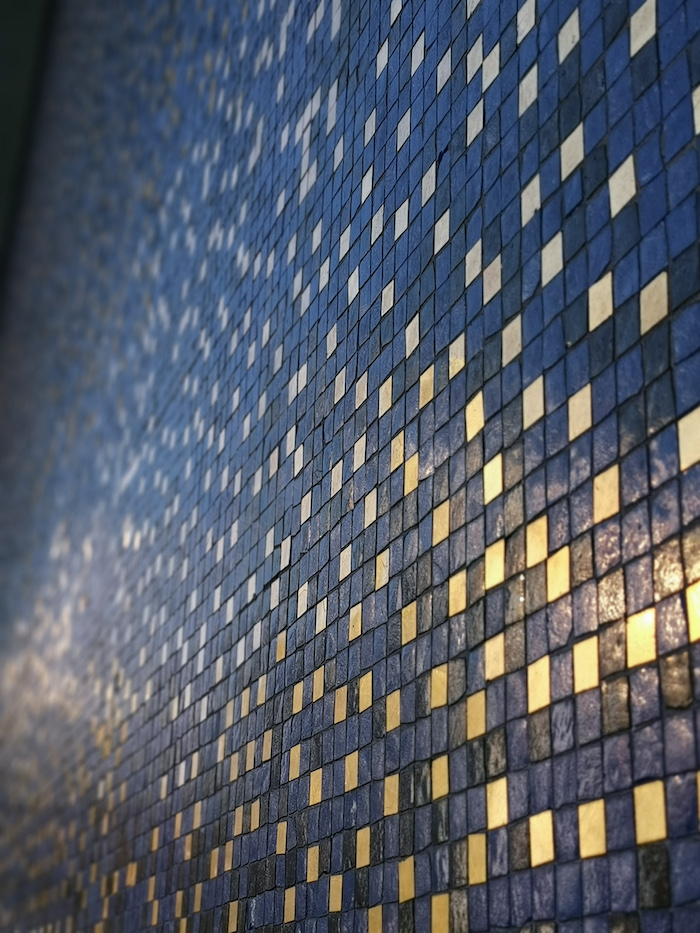 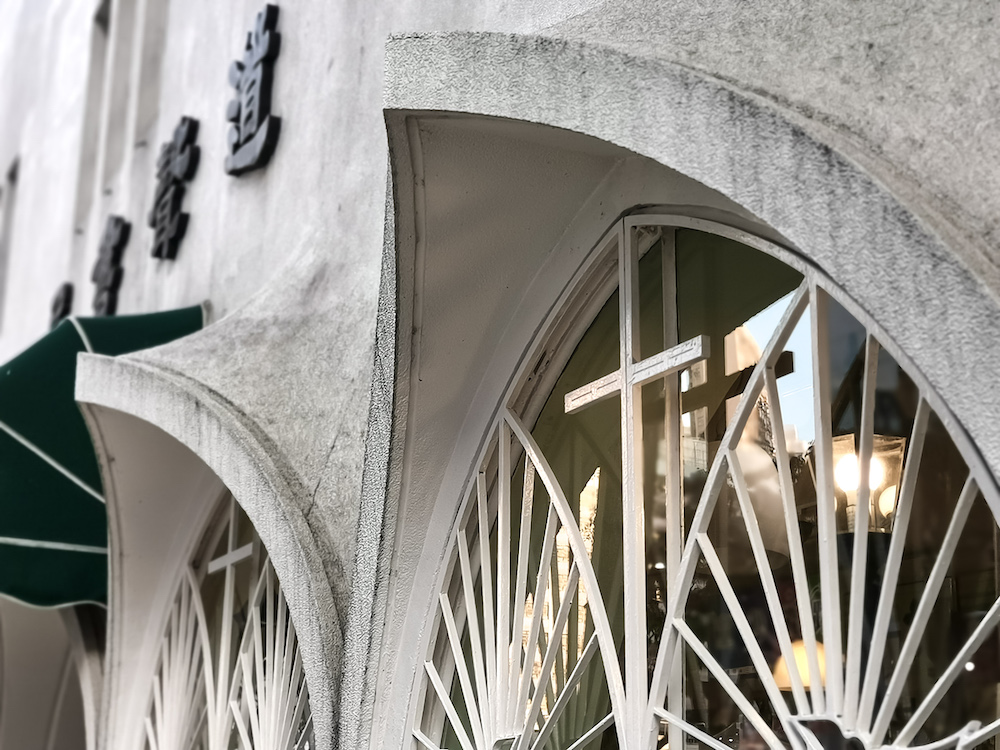 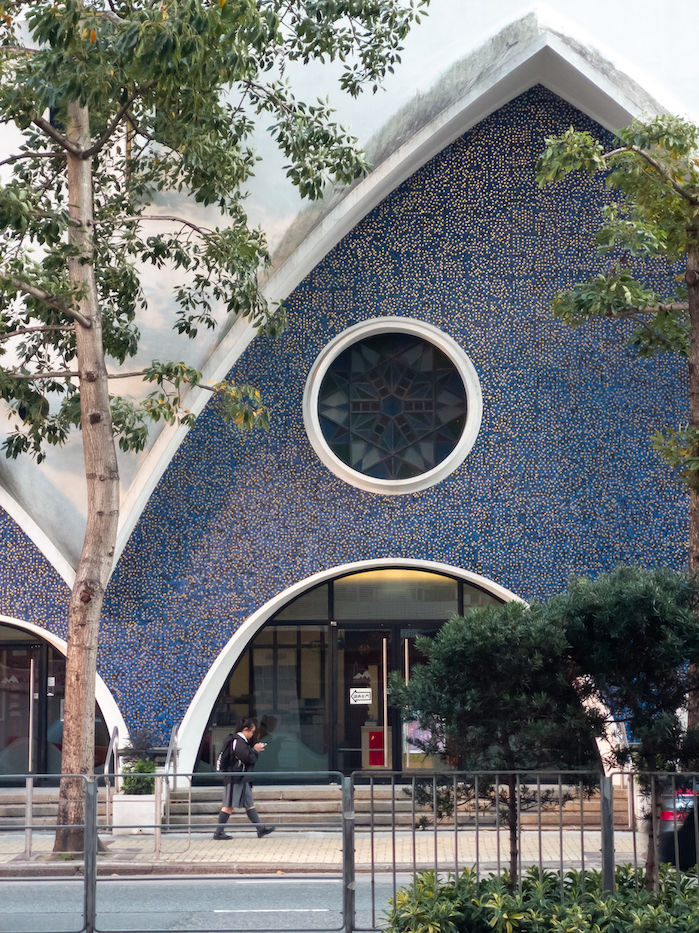 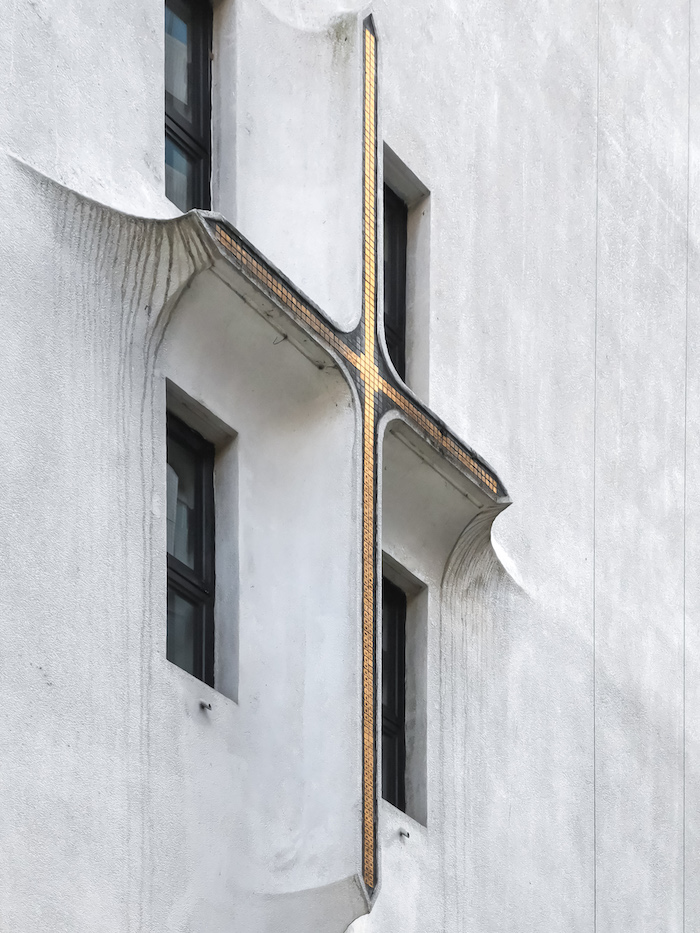 Hong Kong seems to have a lot of churches for a city where just 12 percent of the population is Christian. But then again, a church is designed to be noticed. That was true for St. John’s Cathedral, built in 1849 on the city’s only freehold piece of land, perched on a hill above the city where it was visible from nearly every angle. And it’s true for the Truth Lutheran Church, a more recent but arguably more distinctive landmark that sits on Waterloo Road in Yau Ma Tei.

“This is a one-of-a-kind church in Hong Kong,” says Ho Puay-peng, the head of the National University of Singapore’s Department of Architecture, who has studied Hong Kong’s modern heritage. “The organic form of the church makes the building exciting. The curvy lines are done with a maturity and mastery of skill.” 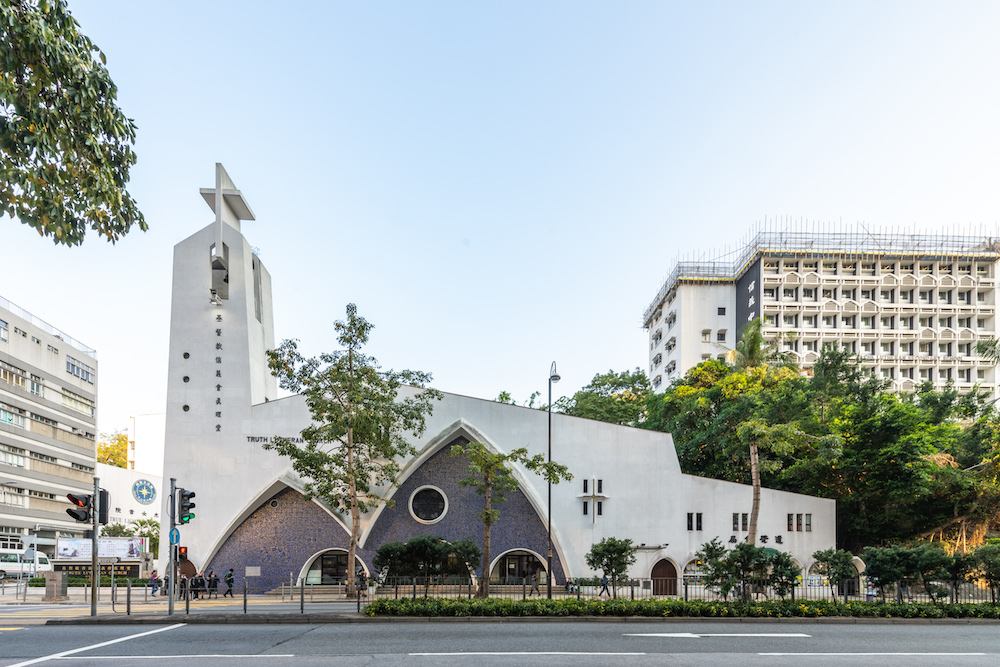 When it opened in 1963, Truth Lutheran was part of a wave of modernist churches that were built all over Hong Kong. As the city’s population swelled with refugees with mainland China, Christian institutions expanded to meet their educational and health care needs — with the additional goal of bringing them into their flock. Thanks to the legacy of British colonialism and the Anglican Church, a disproportionate number of Hong Kong’s Chinese elite was Christian. For upwardly mobile members of Hong Kong’s postwar society, joining a church was perceived as a stepping stone to success. For others, it was simply the natural outcome of a Christian education offered by missionary groups who filled in the gap in Hong Kong’s education system.

Hong Kong’s Christian population is split roughly evenly between Catholics and Protestants. For most of the city’s history, the architecture of Catholic churches hewed more closely to tradition, from simple village chapels like the one in Yim Tin Tsai to the elaborate Cathedral of the Immaculate Conception, completed in 1888 in an English Gothic style. That began to change with the opening of the Second Vatican Council in 1962, which pushed the church in a more liberal direction.

“They wanted a more secularised identity for the church, dropping the classical styles that correlate the church as a foreign, Occidental entity, and embracing the more neutral looking modern design,” says architect Charles Lai, a University of Hong Kong PhD candidate specialising in the history of modern architecture in East and Southeast Asia.

By contrast, Hong Kong’s Protestant churches were already trying to deviate from a more Eurocentric style of architecture. In the 1920s, the Sheng Kung Hui — Hong Kong’s Anglican church — dabbled in Chinese Revivalist architecture with St. Mary’s Church in Causeway Bay. It and other Protestant denominations were quick to embrace modernism after the end of World War II.

That included the Evangelical Lutheran Church, which was founded in 1954 by Lutheran missionaries who had moved to Hong Kong from Hubei just before the Communist takeover of mainland China. It quickly got to work planning its head church, hiring Eric Cumine to work on the design. 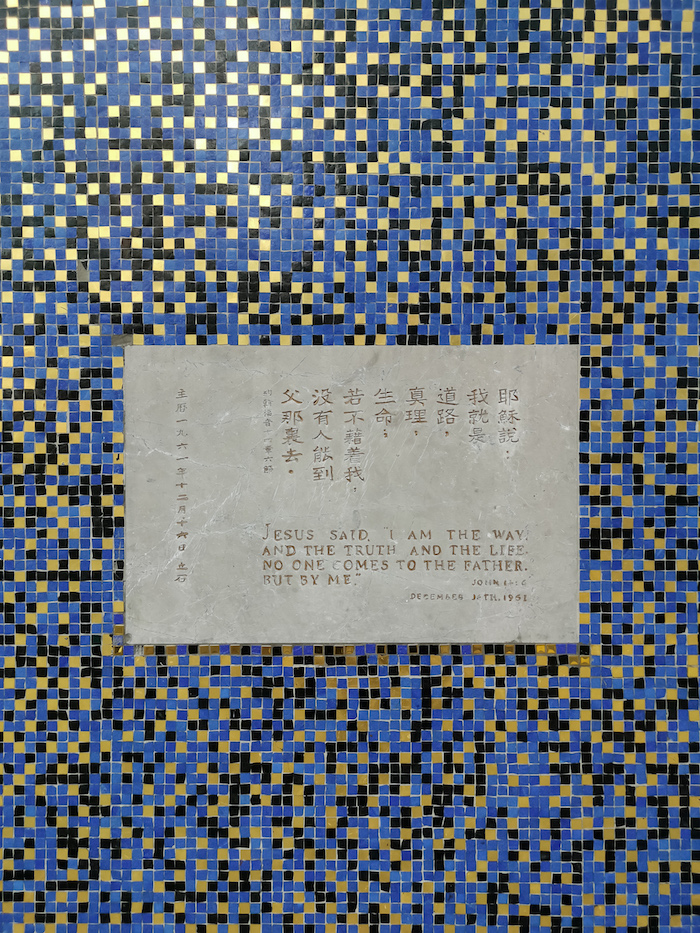 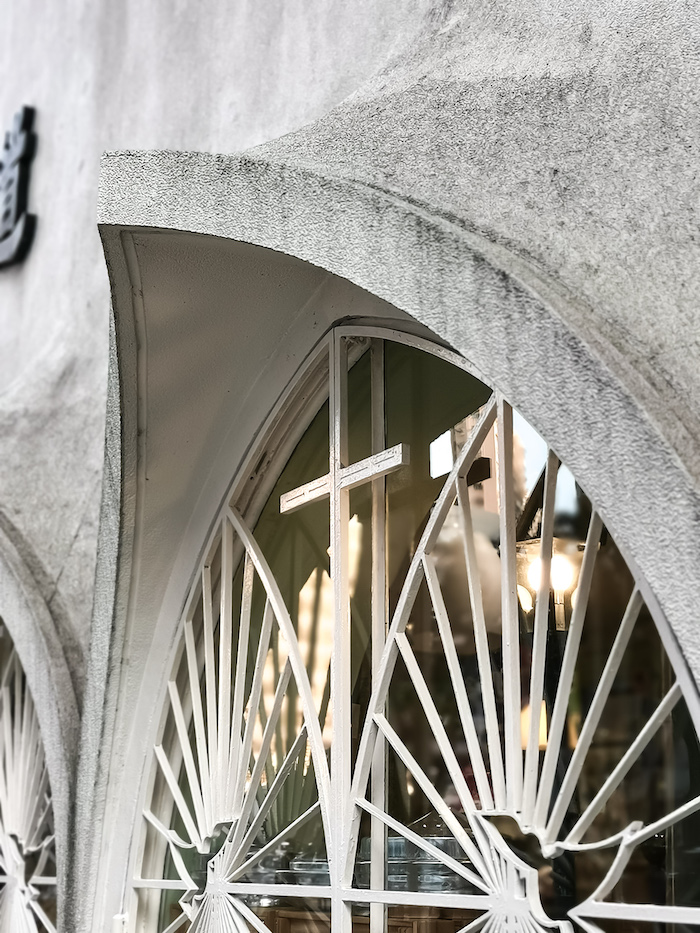 Cumine was born in Shanghai to a Scottish family, and he had already built up a successful architectural practice when he moved to Hong Kong in 1949, at the age of 44, along with many other members of Shanghai’s professional classes. He spoke Shanghainese fluently and eventually learned Cantonese as he began amassing a number of high-profile projects, including the So Uk Chuen public housing estate, Harbour City, the Furama Hotel, and Shaw House, the administration building of the Shaw Brothers Studios in Clearwater Bay.

Cumine used a modernist toolkit to create buildings with a certain swagger. Shaw House combined a boxy layout with projected window frames that appeared to bend and wobble as if they were made of jelly. So Uk had towers with staggered volumes that resembled a book being opened, along with a curvaceous petrol station. Harbour City’s honeycomb towers once looked over a spacious, curving public terrace, which existed until the mall’s developer, Wharf Properties, sued Cumine for not maximising the development’s floor space; the terrace was ripped out and replaced by more shops.

Truth Lutheran was typical of Cumine’s eccentric approach. Its steeple marks it as a house of worship, but compared to most churches, it has a remarkably asymmetrical form, one that seems to reference the low slope of King’s Park, which rises behind it. Lai says this unusual shape was likely a response to the building’s location, sandwiched between Waterloo Road and the hill behind it.

“Traditionally churches and cathedrals had elongated naves but the nave of the Truth Lutheran Church is rather squashed in proportion, with the alter on the long side of the rectangular space instead of the short side in traditional setting,” he says.

Congregants are welcomed into the church by two dramatic arches that resemble the Starfleet badge in Star Trek. “The arches and vaults at the entrance of the church along Waterloo Road were offset from their axises [which] created an interesting composition on the façade,” says Lai. “Even the cross on the top of the spire is offset from the central axis of the spire. In my opinion, this is an inclination to the larger discourse of modern architecture in the 1950s and ‘60s, when architects were becoming more conscious in retaining humanistic touch within the framework of emphasising logic and rationality in modern design.” 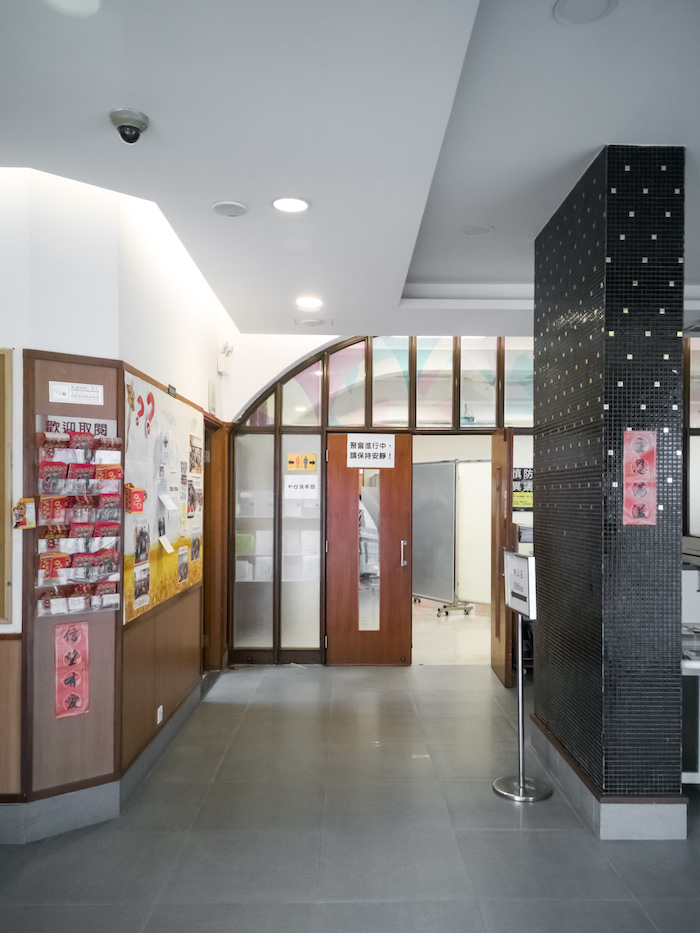 Ho says the interior is just as remarkable, thanks to its unique structural design. “The large span concrete frame allows for a column-free congregational space, which is a daring attempt at concrete structure – and successful,” he says. Unfortunately, the Truth Lutheran congregation declined our request to take photos of the interior, citing their concern for privacy.

Today, 56 years after its completion, there is plenty to cherish in Truth Lutheran. It is one of the few surviving buildings by Cumine, who died in 2002. And it is one of the most eye-catching of Hong Kong’s postwar churches, which are increasingly under threat, along with all kinds of modernist buildings built after World War II. In recent years, congregations have been partnering with property developers to replace their churches with mixed-use towers that layer offices or flats on top of religious space. The developers pay for the reconstruction, sell off the flats or office space and split the profits with the congregation, which also enjoy the benefit of expanded church spaces.

Although some of the churches that have been redeveloped are not particularly remarkable, one unique landmark has already been lost: the Union Church on Kennedy Road, which was built in 1949 with a design that blended modernist minimalism with flagstone that recalled a medieval monastery. It was knocked down last year to make way for a 22-storey mix of flats and church spaces.

Ho says it would be a “gigantic loss” if more of these postwar religious landmarks disappear. “Not only do the buildings represent an important period of Hong Kong’s architectural history, they are also unique and iconic,” he says. “There is a lack of understanding of the values of these buildings and thus the authorities and the churches have allowed for the destruction and mutilation of these postwar buildings.”

A religious bookstore located inside the church building.

A Space Age emblem of postwar expansion, the Truth Lutheran Church stands out as one of the few remaining works by an influential Hong Kong architect.