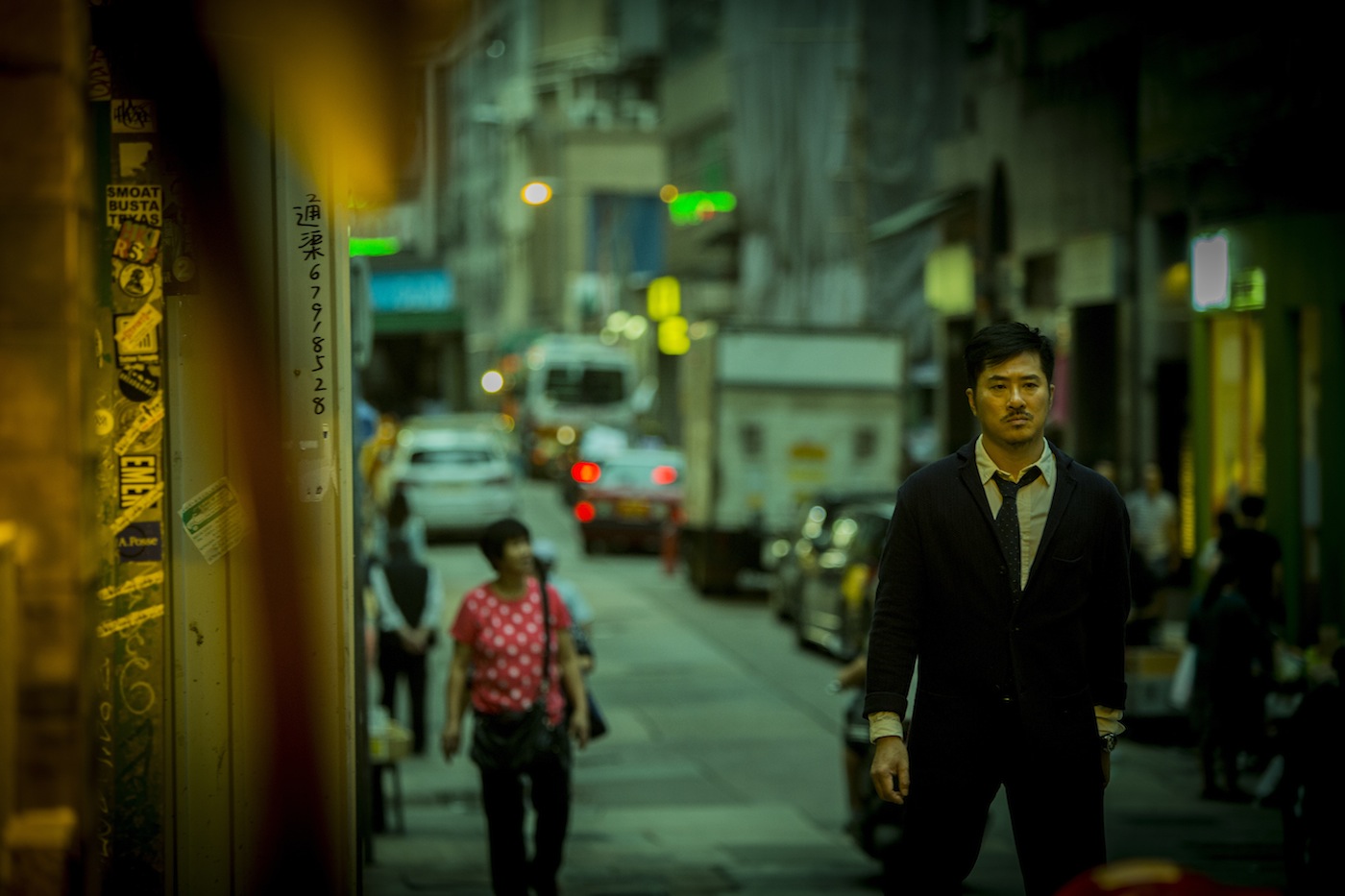 Amos Why is okay with making films specifically for Hong Kong audiences, even if it means dealing with small budgets and doing much of the grunt work himself. “I’m not interested in making films in mainland China,” he says, reclining in his chair. “I’m a lecturer. I have a good job, with a good salary. I don’t make films for money.”

Why — whose stage surname is actually an acronym of his Chinese name, Wong Ho-yin — is getting ready for the release of his second feature, Napping Kid. Born, bred and educated at the Academy for Performing Arts and Polytechnic University in Hong Kong, he is a pragmatist that believes the current and some say lamentable state of the local film industry is a problem of its own making. His realism is refreshing when the conventional attitude from filmmakers is one of frustration, anger, and resignation — at funding, at the lack of support, at the encroaching hand of Chinese market forces.

“For the last 15 or 20 years the industry has destroyed the confidence of local audiences, of our local consumers,” says Why. Whether it was by cranking out the same kind of film again and again, lazy storytelling or lack of creativity, audiences evaporated because quality material wasn’t there. “It’s easy to destroy it and hard to rebuild it,” he says. “The most I can do is keep working. Everyone is culpable. If you work with ‘A’ or ‘B’ and say nothing, you’re also culpable.”

Why has shaggy brown hair dusted with just a hint of grey, and he often laughs out loud like a little kid. He has no qualms about offering his honest opinions. Like most filmmakers, he developed a taste for movies in high school, but unlike most, Why proudly admits to having mainstream tastes. His earliest film memory would horrify most auteurists.

“It wasn’t the first film I saw, but certainly the first to leave an impression, was James Bond,” he says. “Roger Moore. Octopussy — and Bond had a Japanese Seiko watch,” he recalls with a laugh. “I don’t know, I was maybe 10. Unlike a lot of filmmakers my family didn’t take me to a lot of movies, though my father did take me to Two of a Kind. My parents were very ordinary Hong Kong people and not big into critical thinking.”

Why has no time for Bela Tarr and Krzysztof Kieślowski. He prefers early Luc Besson. “That’s me. I don’t want to pretend I’m a big fan of Wong Kar-wai. You know Wong Jing?” he asks of Hong Kong’s unapologetic producer-director king of Category III exploitation cinema (Naked Killer), popular thrillers (Young and Dangerous), and the occasional critical hit (Lawrence Ah Mon’s Lee Rock, Ann Hui’s Night and Fog). “He’s more honest as a filmmaker. I’m not crazy about his films either, but he’s honest.”

There’s a limit to Why’s mainstream predilections, however. He wants his movies to be accessible, he says, but he also wants to make films that are “different.” After university and a post-graduate certificate in psychology from HKU Why, who says he knew from a young age his career would be in media, worked as a journalist, translator, and for public broadcaster RTHK, dabbling in making short films along the way. Ever the pragmatist, Why is now entering his fifth year teaching writing and production — not theory — at the Open University of Hong Kong’s School of Arts & Social Sciences.

The school is one of the city’s tertiary institutions that are collectively turning out, by Why’s estimate, about 1,000 arts graduates every year. But they aren’t being met by waiting jobs. Hong Kong’s TV market is closed to new players and its film industry is struggling. “It is important for the city to have a voice, but the industry has been in free-fall since the handover,” he says. Talent has been fleeing to mainland China in search of bigger budgets and easier paycheques. “But I believe once we hit rock bottom we’ll start going up again. There’s nowhere else to go.”

Instead of dwelling on the negatives, Why insists Hong Kong is an environment ripe for creativity. “Unless you want to explore the Chinese market you can do anything you want,” he says. “I funded [my film] through a lot of companies and individuals supporting me — sometimes as little as HK$50,000 — and cobbled together my $6 million budget.” It was the same with his first film, Dot 2 Dot. All told, Why’s budget came from the Hong Kong-Asia Film Financing Forum, and the government-backed Film Development Fund, CreateHK and up to 30 private sources.

Dot 2 Dot was a kind of love letter to Hong Kong that came out of the blue. A romantic drama about two people connecting through their mutual exploration of the vanishing cityscape, the film exploited hidden urban spaces and history and in doing so was eye-opening for non-Hongkongers and a nostalgic reflection for locals.

On the opposite side of the same coin, Napping Kid is more forward-looking and utterly modern. “This is a love email,” Why quips. Based on the Soji Shimada Mystery Award-winning novel by Mannshin, the story pivots on two of those most Hong Kong things: finance and social media. Originally set in Toronto, Why localised the story (substituting Shenzhen for the Toronto suburb of Markham) and created a millennial mystery about a sensitive digital file that goes missing, a ransom demand, a social justice app developer and a whole lot of text messaging. To say more would ruin the story.

Cecilia So as Siu-yu, the forward-looking activist

Like he did in Dot 2 Dot, Why mines Hong Kong’s vivid crowded streets, ferry piers, hills and high density living for maximum visual effect while making comments on the direction the city may be headed. One of the film’s running themes is the power of the smartphone — not just social media — to mobilise the masses to action. It’s a relevant question in a city that faces a profound existential dilemma as its political and social freedoms come under threat.

Why thinks Hong Kong is not as hopeless as many believe it to be. “Hong Kong collapsing is a possibility,” he says. “But there’s a possibility Beijing collapses instead. No one expected the Berlin Wall to fall in 1989. No one expected GM to go bankrupt 10 years ago. So rather than talking about Hong Kong totally losing itself there is another option. I’m not necessarily an optimist, but I do believe in cycles.”

Looking ahead, Why and his producer wife Teresa Kwong (who worked on Liu Hao’s Addicted to Love and Jessy Tsang’s Big Blue Lake) are collaborating on director Ray Yeung’s next film about two elderly gay men, which Why claims slots in nicely with his desire to tell singular stories in a mainstream way. “It’s not just a love story,” he finishes. “It’s about their families, and ageing. It’s got lots of layers — and so it’s different.”

All stills are courtesy of Golden Scene – Dot 2 Dot Production

Ahead of the release of his second feature, director Amos Why reflects on the future of Hong Kong and the virtue of embracing the mainstream.