How Football Found a Home in Hong Kong 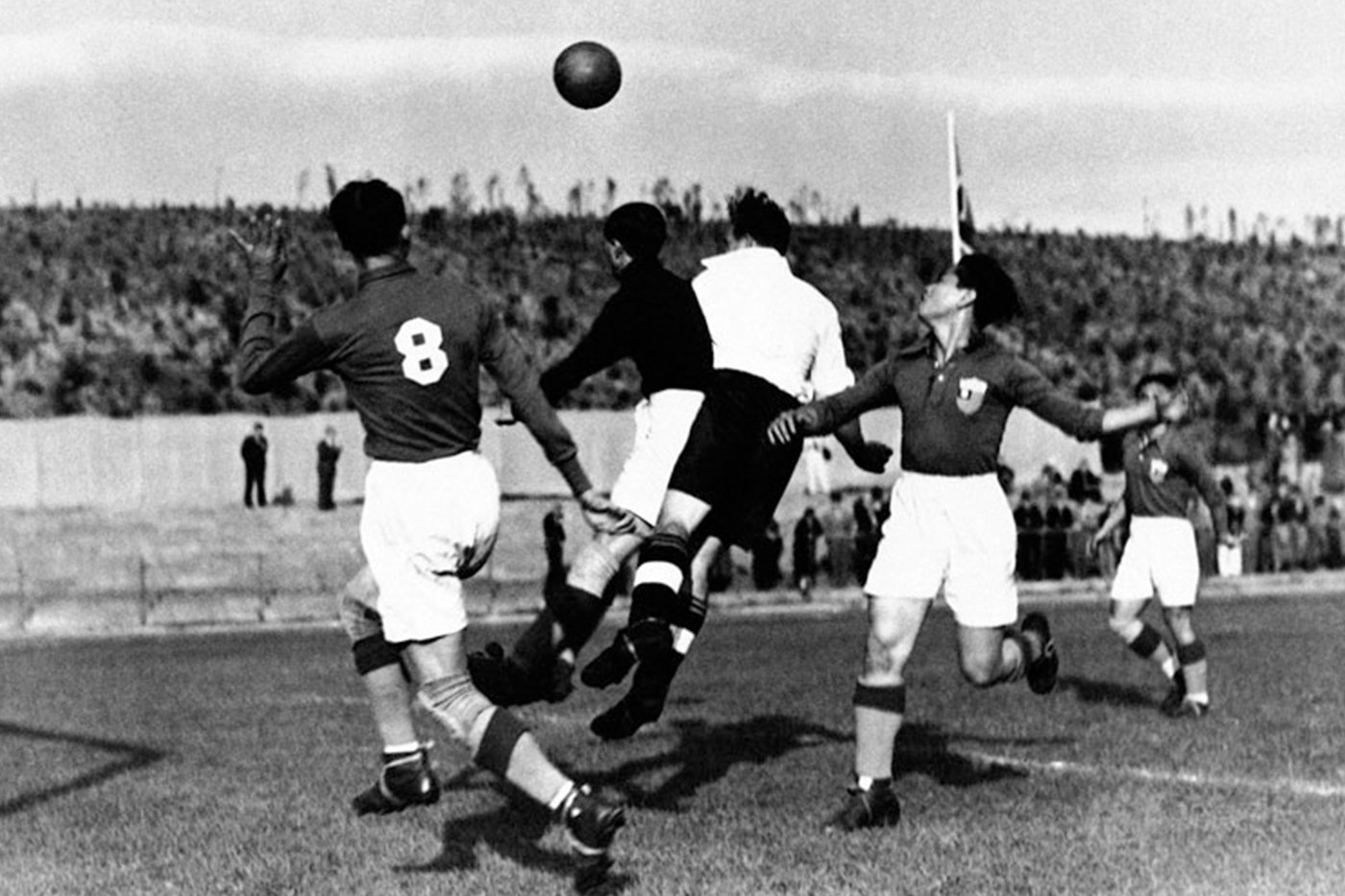 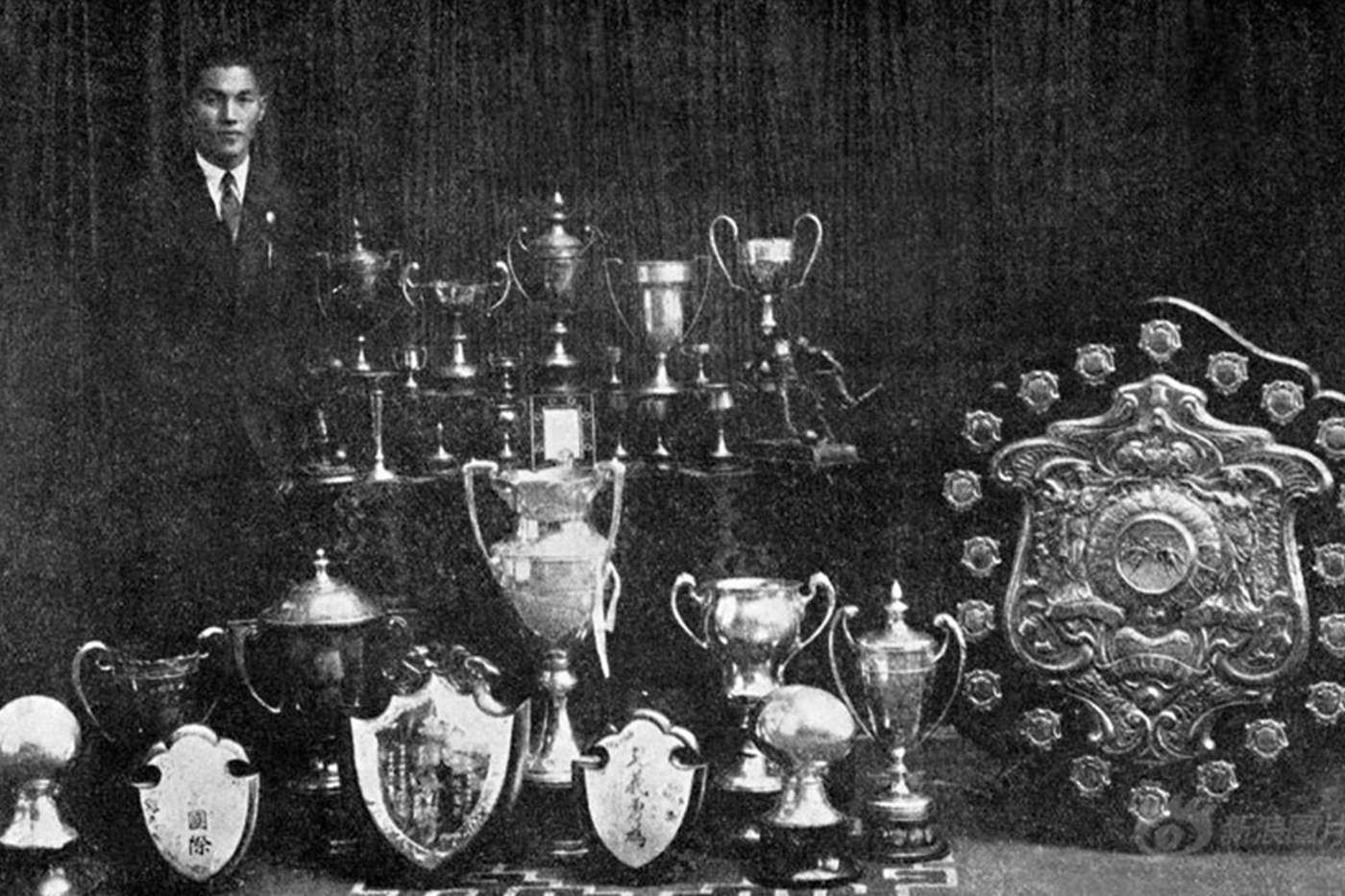 Football is probably not the first thing that comes to mind when thinking about Hong Kong. As soon as you scratch beneath the surface of the no-fun attitude that radiates from its office towers, however, you will soon discover a great affinity towards the sport. The “beautiful game” is indeed so beautiful that many Hong Kongers spend the first day of Lunar New Year in the stadium, a venerable tradition that this year will draw Spanish star Fernando Torres.

Football has been part of Hong Kong’s social and cultural fabric since its early days as a British colony, claiming a firm piece of the city’s identity as it witnessed rapid changes over the course of the last century. If Hong Kong’s history was a soccer club, football would easily make it into the XI – the starting eleven.

The first regulated version of football, known as cuju, emerged in China during the Han Dynasty (206 BC-220 AD), a fact recognised by the Fédération Internationale de Football Association (FIFA), football’s official body. But there is no doubt that the modern version of the game is a British invention. In the 19th century, elite British schools such as Rugby, Winchester, Eton and Shrewsbury began to include sports in their curricula, understanding they could be a useful practice for both body and mind. Even religious institutions set aside their previous skepticism and started embracing physical exercise in addition to prayer and academic study. But the games these schools played had no fixed rules, and each institution played its own way.

Early football shares a common origin with rugby. Some schools allowed players to handle the ball, while others did not. The tolerance towards “hacking,” which means kicking the opponent’s shins, also differed from place to place. It was not until 1848 that various schools agreed on a shared set of regulations known as the Cambridge Rules. The establishment of England’s Football Association (FA) followed in 1863 and marks both the schism with rugby and the birth of what has become known as the code of “association football.” An abbreviation of that name, soccer, is used in Canada, the United States and Australia, each of which has its own distinct version of football that also emerged from the original British game.

Cricket was arguably Britain’s most popular sport in the late 19th century, but football had two main advantages: it needed less space and less time to play. As a result, it quickly became a popular pastime among servicemen in overseas regiments, including those stationed in Hong Kong. Soon, the sport was also picked up by civilians in the colony, with one major exception: the local Chinese community remained largely excluded.

As in most colonies throughout the British Empire, segregation between Europeans and the local population was implemented in Hong Kong. It was particularly visible when it came to sport. Private membership clubs catered almost exclusively to the colony’s European elite, providing their members with access to sport facilities. The Victoria Recreation Club (established in 1849), the Hong Kong Cricket Club (1851), the Hong Kong Jockey Club (1884), the Hong Kong Football Club (1886) and the Craigengower Cricket Club (1893) are among the oldest sports clubs in Asia. But for anyone without a membership, Hong Kong had little to offer in terms of public space, except for the green fields within the racecourse in Happy Valley. Meanwhile, many Chinese families remained unimpressed towards the idea of outdoor sports in Hong Kong’s hot and humid weather.

As Ip Kwai-chung recalled in his book Soccer in China, published in 1925, parents discouraged and even prevented their children from indulging in outdoor exercise or sport of any description. And it is exactly in this moment of exclusion and disinterest, around the turn of the 20th century, when the story of Hong Kong football begins to unfold.

While there was no one to formally teach football to Hong Kong’s Chinese population, Ip painted a vivid picture of how a knowledge transfer took place. Some young Chinese boys from government schools in Wan Chai and Wong Nai Chung often spent their afternoons in nearby Happy Valley, with their whereabouts most likely unknown to their parents. They were transfixed by the strange sight of Europeans chasing after a ball on the grass fields, and they started imitating what they saw from the players. Once they had absorbed enough, they tried it out themselves on the streets. With real leather footballs being hard to come by, they played with tennis balls instead. After a while, the boys managed to form their own school team and even started competing with other institutions. It is even alleged that their use of tennis balls helped to refine their technical skills, becoming more agile and faster on the ball. Young Chinese elites who returned from their overseas studies or who were affluent enough to attend English schools in Hong Kong or Canton helped football to gain more popularity as well.

But there was still something missing: a club for Chinese. There are several myths surrounding the founding of South China, but there is hardly any dispute that they were the first all-Chinese football club of their time. Although it is said to have been founded in 1910 (a date that is open to dispute) it took another four years before it challenged the prestigious Hong Kong Football Club for the very first time. This probably marked the first time in history that an all-Chinese club challenged an all-European side on the football pitch. The result came to many as a surprise. South China thrashed their opponents 5-0, giving a first taste of what was yet to come. In 1916, they joined the local league and after a decade they completely dominated the local game. By 1942, South China had collected nine First Division titles. With success came support. Large crowds of locals flocked to the stadium to watch an all-Chinese club outplaying their foreign counterparts in a British sport.

But South China were more than just a local club. After the establishment of the Republic of China in 1912, the new Kuomintang government wanted to prove the country’s rightful place in the world and football appeared to send a powerful message. Soon South China became the de facto national team participating at international tournaments. In the 1920s, the club was sent on diplomatic missions to Australia and New Zealand, receiving rave reviews from the local press.

It is important to point out that the idea of a Hong Kong identity did not yet exist in the first half of the 20th century. Rather, local citizens thought of Hong Kong as a temporary place, a notion underlined by the largely unrestricted border with mainland China. There were no sports teams or athletes that represented Hong Kong in any international competition until after 1949, when China sealed off its border, cementing the division between the mainland and the colony. In the 1950s, the International Olympic Committee and FIFA allowed colonial territories to seek independent membership to engage with the world on equal footing to other countries. Even then, however, many local sportsmen were reluctant to represent the colony and instead opted to compete for Taiwan.

For some time in the 20th century, the level of football played in Hong Kong was not far behind the rest of the world. Eight of the 11 players that represented China at the 1936 Olympic Games in Berlin were from Hong Kong, and even though they lost 0-2 to Great Britain in their opening match, they left audience and media in awe. “In the matter of ball control and positioning, the Chinese were superior,” conceded British captain Brian Joy after the game.

Lee Wai-tong is widely regarded as one of the best football players that have ever lived, allegedly scoring more than 1260 goals

Every legend needs a hero – and Hong Kong even provided that. Lee Wai-tong is regarded as one of the biggest football talents who have ever lived. In 1905, Lee was born into a Hakka family in Hong Kong’s Tai Hang village, where he picked up football as a child. By his early 20s, he was already a regular player in both South China and the national team, where he left a deep impression on his surroundings. Nicknamed “iron-foot” and the “Asian football king,” Lee soon enjoyed celebrity status across the territory, earning frequent comparisons to Beijing opera star Mei Lanfang. He is frequently named in the same breath with players like Pelé, Ferenc Puskás, and Di Stéfano, and he is said to have scored up to 1,260 goals over the course of his career.

Football has always remained an important witness of its time. During the Japanese occupation, prisoners in Stanley organised football tournaments to make their misery more bearable. The international recognition of the Hong Kong Football Association in the 1950s took centre stage in the colonial and postcolonial identity struggle that lasts until today. Even the polarisation of political ideologies has found its way onto the football pitch. Whenever pro-China club Happy Valley locked horns with Eastern, which were closely affiliated with Taiwan’s Kuomintang during the 1970s, the media called these encounters “Civil War” derbies. One report in 1974 compared the game rather with a boxing fight than a football match.

Hong Kong football has experienced its ups and downs over the last century, and the heydays of the 1970s when local league games attracted tens of thousands of spectators, week in and week out, are now gone. Many football fans prefer to stay home and watch English Premier League games on their televisions instead. And yet the passion for football flares up now and again, with crowds flocking to the stadium in Mong Kok or So Kon Po to cheer for their favourite clubs in the local league, or for the national Hong Kong team during Asian Cup or World Cup qualifiers.

The latter left its mark on history, after Hong Kong beat China 1-2 on May 18, 1985, a defeat that continues to haunt the Chinese national team. Three decades later, in 2015, the Hong Kong held China to two 0-0 draws in the qualification for the 2018 World Cup. Local fans also have a soft spot for historical tournaments. One of them is the Lunar New Year Cup, which first took place in 1908. 111 years later, thousands of people will spend the first day of the New Year as they always have: watching football.


How Football Found a Home in Hong Kong

The beautiful game has been on the frontlines of Hong Kong history, from colonial-era segregation to Cold War political rivalries.