“You haven’t eaten enough!” chides Lam Cheung-tai in Cantonese as she unties the seaweed string and unwraps the bamboo leaves around a triangular parcel filled with sticky rice and red bean. She’s 89 years old and fit for her age. A previous knee injury has been fixed and she walks with ease to the kitchen, her son keeping a watchful eye, as she returns with some maple syrup.

Some of her other rice parcels (gwo2 zung2 裹粽) contain sticky rice with vegetables and pork. She cuts up more slices and puts them on a plate, a taste of typical village home food during the Dragon Boat Festival in late June. We are sitting in her living room in Wong Yue Tan Village, just uphill from Tolo Harbour in Tai Po. Born in 1931, she remembers the Japanese occupation, of helping grow vegetables as a child and then taking them to Tai Po market, of hearing of a tiger which had attacked some chickens, and of sitting as a teenager in a restaurant surrounded by relatives as she was introduced to the young man she would marry, arranged by a matchmaker.

Lam is emblematic of Hong Kong’s minority cultures. Her native tongue has been lost, and her second language—Hakka—is in danger of fading away from Hong Kong. She originates from the nearby village of Ting Kok, where villagers have their own dialect. Hong Kong still has a variety of indigenous languages and dialects, which are spoken particularly among the older generation, although some of them have become less distinct or pervasive than in decades past.

The slow decline of these dialects has gone largely unnoticed, though not to everyone. Linguistics expert Professor Lau Chun-fat lives in Leung Uk village near Yuen Long. Having spent some years in Germany studying for a doctorate, he was shocked to find on his return to Hong Kong in 1993 that village children were no longer speaking Hakka. He began examining local indigenous languages such as Hakka, as well as Weitou speech—traditionally associated with residents of walled villages—and the specific local dialects spoken in Ting Kok and Tung Ping Chau. All are in danger of extinction in an increasingly homogenous world. In 2008, Lau and others set up the Association for Conservation of Hong Kong Indigenous Languages. Since then, Lau has created online dictionaries, where people can hear different words pronounced in the languages and dialects. As a young woman, Lam spoke both the Ting Kok dialect and Hakka, but after marrying her husband and moving to a Hakka village, her Ting Kok dialect is all but lost, although she has retained her ability to speak Hakka. According to research published by Lau Chun-fat in 2018, the language spoken in Ting Kok is a dialect of Cantonese that has been heavily influenced by Hakka. “The villagers speak Hakka outside the village but insist on speaking their own dialect within the village area.  Their language is found to have been co-existing with Hakka for centuries,” he wrote.

Language isn’t the only thing that has changed in Hong Kong’s Hakka villages, which number in the hundreds and stretch across the New Territories, from Tuen Mun to Sai Kung by way of Sha Tin and Tai Po. Many of the original villages have been absorbed into the urban landscape, while others lie derelict and crumbling, the original inhabitants having moved to jobs in the city or abroad. Some have just a few older residents remaining and come alive once every few years when the overseas diaspora return for a renewal festival. There are also a few that are being rejuvenated, sometimes with help from enthused local artists or conservationists, but also from the original inhabitants themselves, returning to a life of farming and making local goods as a new generation of Hongkongers show an interest in their rural heritage.

The word Hakka (haak3 gaa1 客家) means “guest family,” hinting at their origins as a northern people who migrated south over a period of several hundred years. As the fertile lowland areas in southern China were already intensively settled, Hakka families generally made their homes in rugged, more remote areas. They began making their way to Hong Kong from Guangdong, Jiangxi and Fujian in the 17th century, after the Great Clearance banned all human habitation of Hong Kong from 1661 to 1668 – an attempt to root out rebels loyal to the Ming Dynasty (1368-1644), which had been overthrown by the Manchus who established the Qing Dynasty (1644-1912). 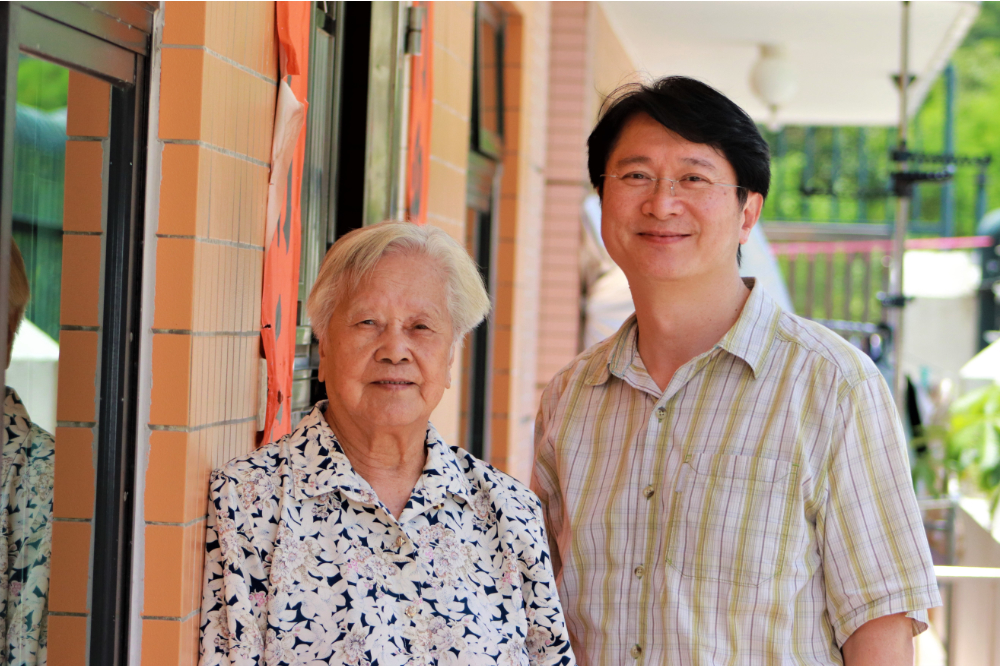 The evacuation was devastating for many families that had been forced to abandon the villages they had inhabited for centuries. Many never made the journey back. That left a lot of prime land for Hakka migrants to claim. In some cases, they rented property from long-established Cantonese-speaking families that had returned, and in others, they gradually took over land that had been abandoned. Over the next 250 years, more and more Hakka people came to Hong Kong, especially in the early years of British colonisation, when many of them worked as stonemasons and quarriers – a legacy of their roots in mountainous areas. According to Stephen Cheung Kwok-hung, a local academic who has studied Hakka history and culture, a 1819 census of Xin’an County—which included Hong Kong—found that 120 of the territory’s 190 villages were Hakka. Nearly a century later, the 1911 Hong Kong census noted a total of 134,392, “making it 15.1 percent of the total population,” says Cheung – the second largest language group after Cantonese.

The Hakka population increased even further after World War II and the 1949 Communist Revolution, when Hakka people joined others fleeing instability on the mainland. But these days, you would be hard-pressed to find intact examples of Hakka villages and architecture on Hong Kong Island. Just one house in Chai Wan has been retained as an example of Hakka architecture; it was designated a historic monument in 1989 and is now the Law Uk Folk Museum, where you can get a feel for what rural Hakka life was like. It is one of three small Hakka-related museums across Hong Kong, the others being the Sheung Yiu Hakka Museum in the Sai Kung Country Park—originally a Hakka village—and Sam Tung Uk Museum in Tsuen Wan, which was a 200-year-old Hakka walled village that was declared a historic monument in 1981. The Law Uk Folk Museum is just a short walk away from Chai Wan MTR Exit B and surrounded by high rises. It takes just an hour or so to have an impression of the starkness of Hakka life at that time. The house was likely built towards the end of the 18th century by the Law family. They reportedly came from Bao’an, in modern-day Shenzhen, in a group of 300 Hakkas who settled in Chai Wan. Some villagers were stone workers.

The Law family would have likely comprised three generations and around ten people at any given time.  The children may have slept in the simple wooden loft next to any stored items. Due to security fears—there was always a risk of robbers and pirates—there are minimal windows and the light well at the front of the house would have provided the most light and ventilation. Inside the main hall, which was used for all the main events of the house, you can still see traditional wooden dining furniture and a bench. In the room next door are wooden agricultural implements as well as a threshing machine used to split rice husks. There’s a kitchen area with a stone stove and an altar where the kitchen god could be worshipped. Out in the front yard, the Law family members would have hung up their washing and laid out vegetables, orange peel and rice to dry. Festivals and other family and community gatherings might have been held in the front yard – perhaps with a pig slaughtered for the occasion.

It’s the kind of scene that still existed within living memory. Stephen Cheung is Lam Cheung-tai’s son. He shows a photo of Wong Yue Tan in the old days, during a village gathering at which his late father stood front and centre. Unlike many Hakka men, His father did not travel abroad and instead spent his career in Hong Kong as a police officer. As a respected village elder, he was tasked with overseeing the serving of the festival food.

Migration is deeply ingrained in the Hakka experience. Traditionally, farm work was often carried out by women while men sought work in towns and cities. In the 19th century, many Hakka men voyaged abroad, along with other groups of people from southern China; Hakka people represent a large proportion of the Chinese population in Southeast Asia. After World War II, Hakka men from Hong Kong increasingly travelled to Britain, where they found work in the restaurant trade, sending money home and sometimes inviting their relatives to join them.

In the 1970s, Hong Kong’s economic success—along with compulsory education—led many villagers to leave for urban areas or new towns in the New Territories as they sought a life away from agriculture. Cheung is a product of that shift away from traditional life. A former dental technician, he is also a musician, and he decided to pursue that interest in academia, earning a PhD with a thesis on the mountain songs of Hakka people. “My grandmother was not educated but she knew a lot about medicine as her father had been a traditional Chinese medicine doctor,”  he says. “So she was the village midwife. I actually was born in a hospital but my other older brothers and sisters were born at home, and my grandmother assisted my mother with the births.”

Cheung wasn’t always interested in his own Hakka heritage. “When I used to go to school, for breakfast we always had rice. Hakka people always have rice,” he says – something rooted in Hakka agricultural tradition, as rice was a robust source of energy in preparation for a day of work in the fields. As a boy, Cheung was jealous of his Cantonese friends, who started the day with milk buns and other baked goods.

But Cheung’s interest in music led him to finally reconnect with his roots. Today, he speaks fluent Hakka and is an expert on Hakka mountain songs and other aspects of Hakka culture. His work is valuable as it comes at a time where fewer people speak the language, which has been diluted as more and more Hakka people assimilate into Hong Kong’s Cantonese-speaking mainstream.

But it still survives. Like Cheung, future generations of Hong Kong’s Hakka people have the opportunity to keep their culture alive. At home in her village house, Lam Cheung-tai smiles as she recalls the restaurant where she first sat behind a veil as a young woman and met her future husband. Theirs was a good marriage, she says. Standing on the table is a large glass jar with fermented rice inside. She pours a small glass of her homemade yellow rice wine and offers it to a guest. It’s a special treat – because her granddaughter is about to give birth.

Hakka people are an integral part of Hong Kong history and heritage, but their culture and language is at risk of being lost.