This article is brought to you by L’ÉCOLE School of Jewelry Arts, supported by Van Cleef & Arpels.

“People have collected beautiful things for thousands of years, but the most exciting collections have always been built around a real passion,” declares Hong Kong-based interior designer, collector and self-described “magpie” Laura Cheung. In her eclectic, colourful world, instead of secreting her treasures away, she uses them to create something new and exciting. Mid-century hand-painted ceramics mix with colourful contemporary lacquered boxes; hand-painted or pearl-embroidered wallpapers mingle with antique Rosewood.

Cheung believes in defying traditional norms. Like many people, her mother protects her beloved treasures by displaying them in glass cabinets or storing them in boxes. But Cheung is just as likely to use an assortment of antique blue and white jugs as a decoration on the dining table. Trained as an artist and raised in a family steeped in love for the crafts and arts, the designer says she has always been happiest when finding or working with something handcrafted, so a great deal of what she collects reflects these skills.

Cheung’s grandmother was her earliest influence. An expert in Chinese cloisonné and a collector of Chinese curios such as Ming and Qing dynasty blue and white porcelains, and intricately carved jade sculptures, she taught Cheung about the skilled workmanship that lies behind the intricate designs of traditional Chinese decorative arts. Cheung later went on to study at New York’s Parsons School of Design before completing a master’s degree in fine and decorative arts at Sotheby’s Institute of Art in London. In 2010, she returned to Hong Kong, where she founded the home furnishings boutique and interior decoration studio Lala Curio.

Cheung is driven by a determination to ensure that traditional arts and crafts skills are given a new lease of life in contemporary life, bringing beloved items into daily use. Visiting museums and country houses across Europe helped her also understand the importance of understanding the craftsmanship of even every day objects. “As an interior designer, I tend to look at objects as part of the ensemble of the interior space,” she says. “It is about appreciating the value of every object and the intriguing history and story behind it.” By way of example, she points to the the subtle colour variations and simple forms of Ru stoneware — the rarest of all the major Chinese ceramic wares, produced from 1086 to 1127 — which she first saw at the British Museum.

The designer says that specialising in Chinese ceramics and cloisonné at university was natural after she realised that she recognised many pieces she had grown up with. “It led me to dig deeper into the subject and explore objects passed down from my grandparent’s generation,” she says. Among her favourite collectibles are Japanese obis, the often intricately embroidered and woven sash that Japanese men and women wind around their waist when they are wearing kimonos. “My father lived in Japan as a teenager and developed a strong bond with the culture and friends,” says Cheung. “Our frequent visits to Japan as a child brought us all very close to its extraordinary culture.” “Hand-embroidered gold-threads, like a stroke on a blank canvas” – Photo by Viola Gaskell

An obi is worn over a series of under-sashes and ribbons that help keep the kimono closed, and it also lends definition and decoration. A sumptuous obi is often more expensive than the kimono itself. Although the kimono has been worn for more than a thousand years, World War II introduced Western clothing that was more practical, comfortable and economical. The traditional garment has since declined in popularity and today kimonos are worn mainly on special occasions.

Cheung first became interested in obis in 2007, when she visited Nagoya with her industrialist father and was introduced to Japanese family friends who have a large collection. “It was serendipity because after we showed a great deal of interest, the next thing we received a whole box of beautiful obis,” Cheung recalls with a smile. “Since then they have become almost an addiction. I now visit Japan every two months to choose different designs. It’s like a treasure hunt – every time you find something new and react differently to it.”

At first, Cheung draped her obis over windows and across tables at home so that she could see their elaborate colours and patterns, but as her collection grew, it inspired her to think of new ways to live with them. She had already integrated other antique collections into her family home on Kadoorie Hill in Kowloon, from Chinese Ming dynasty blue and white porcelain, Qing period Cloisonné urns, and mid-century Japanese ceramics. She was inspired to do the same with the Japanese textiles. “I believe that we should live with our most treasured pieces. They need to be seen and experienced,” she says.

For Cheung, it is the “colours, textures, patterns and the poetic scenery that tell stories” that she finds most intriguing. Each obi is a unique piece and a tribute to traditional artisanship. While today many obis are machine made, the most highly prized are hand woven and feature intricate designs. The artisan must also consider how the image will appear once wound around the waist and tied in a bow at the back. A very simple obi can take around one month to produce while more complicated designs take much longer. The more formal, elaborate obis are made of brocade, tapestry and dyed silk while everyday obis are made from raw silk, cotton or wool. The most rare and collectible is the maru obi that features gold thread woven like a tapestry along the entire length and on both sides. Drums for joy and pleasure The peacock, symbol of wealth and power

Cheung finds the motifs and colours of kimonos and obis equally fascinating – especially patterns reflecting scenes of cultural life or nature with intricate landscapes, birds and butterflies. The designs often include auspicious symbols like cranes representing longevity or owls that symbolise good luck. “Developing an eye takes time and patience, so it is good to take a while to think about how a piece touches you and how you would live with it,” she says. “I love juxtaposing traditions with contemporary living, massing objects like boxes or sculptures. At home I often mix different cushions made of obi fabrics, and that completely changes the look and feel of a room.”

The first piece she designed for her boutique, LaLa Curio, using an obi was a slipper chair in the style of Napoleon III. “I thought upholstering furniture with obis would be unconventional, especially since my upbringing in Europe means that I love to merge European influences with a celebration of oriental craftsmanship,” she says. In making the chairs, Cheung was also able to combine remnants of fabric, matching different strips on the chairs to complement the obis and up-cycling what would otherwise have been wasted. “For me, the obi is just a medium, like a canvas, upon which the artist paints a vivid concept” – Photo by Viola Gaskell

Next, she began experimenting with interspersing velvets and obi fabrics to create intriguing patterns and colours in one cushion. People often think of crafts as inferior to the fine arts, but this designer strongly believes the two are equally valuable, especially when it comes to obis created by master weavers from famous weaving districts like Nishijin, in Kyoto, where elaborate silk brocades have been produced since the 15th century.

With so many different styles of obi to choose from, Cheung says she tries to avoid the obvious and take chances. Budding collectors should look for obis with fewer pattern repeats which reflect more highly prized hand-made, creative work, unless they have unusual colour combinations, interesting patterns or hand embroidery. It is also worth noting that there are many different types of obi, from brocade and tapestry to dyed silk, woven silk, cotton and wool. The length of the obi can extend to four metres. Wide obis are usually reserved for formal occasions, while informal wear calls for shorter and simpler designs. In general, the more colourful and elaborate styles are intended for young, unmarried women, and are tied in a different way, depending on the occasion. Obis for men’s kimonos are usually narrower.

Cheung says she approaches her appreciation of beauty from a democratic base. She describes herself as a big fan of the 19th century Aesthetics Movement, which emphasised the hedonistic pursuit of sensual beauty in reaction to Victorian values. “Pure beauty was celebrated without the need for a profound reason,” she says. “For me, the obi is just a medium, like a canvas, upon which the artist paints a vivid concept.” Clouds are traditionally worshiped for being respectful towards the sun, the supreme element – Photo by Viola Gaskell

As an interior designer, Cheung often helps her clients combine or select different collectibles in unexpected ways to create a single, powerful, graphic impact. Obis are especially versatile and can be used as a table or bed runners, curtains, drapery, placemats, cushions, furnishings, or framed as wall art or in fashion. “In the end, however, the choice should be personal,” she says. “My obis in my own home reflect my life and the people I’ve met so they tell my personal story. There is a beauty to objects as they age. Your interaction with an object builds onto its history and preserves stories and memories for you.”

Prices for obis range dramatically, from a few thousand to millions of Japanese yen, and building a collection is not a privilege reserved for a select few. Cheung advises investing in taking the time to acquire the knowledge necessary to make an educated decision by visiting museums and galleries and studying some of the literature on Japanese customs. “This helps one develop a discriminating eye as well, and gives you a focus or coherent theme,” she says. “The more you look, or talk to people connected to the subject, the more you will learn. Then follow your heart.” 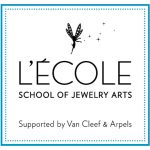 L’ÉCOLE School of Jewelry Arts courses, will return to Hong Kong from September 16 to October 1, 2017.
For more information, to book a course or attend a lecture about the secrets of fine jewellery making, please click here.
You may also contact +852 2532 7259 or hklecole@vancleefarpels.com