Made in Hong Kong: A Pioneering Vacuum Flask Finds an Unexpected New Home 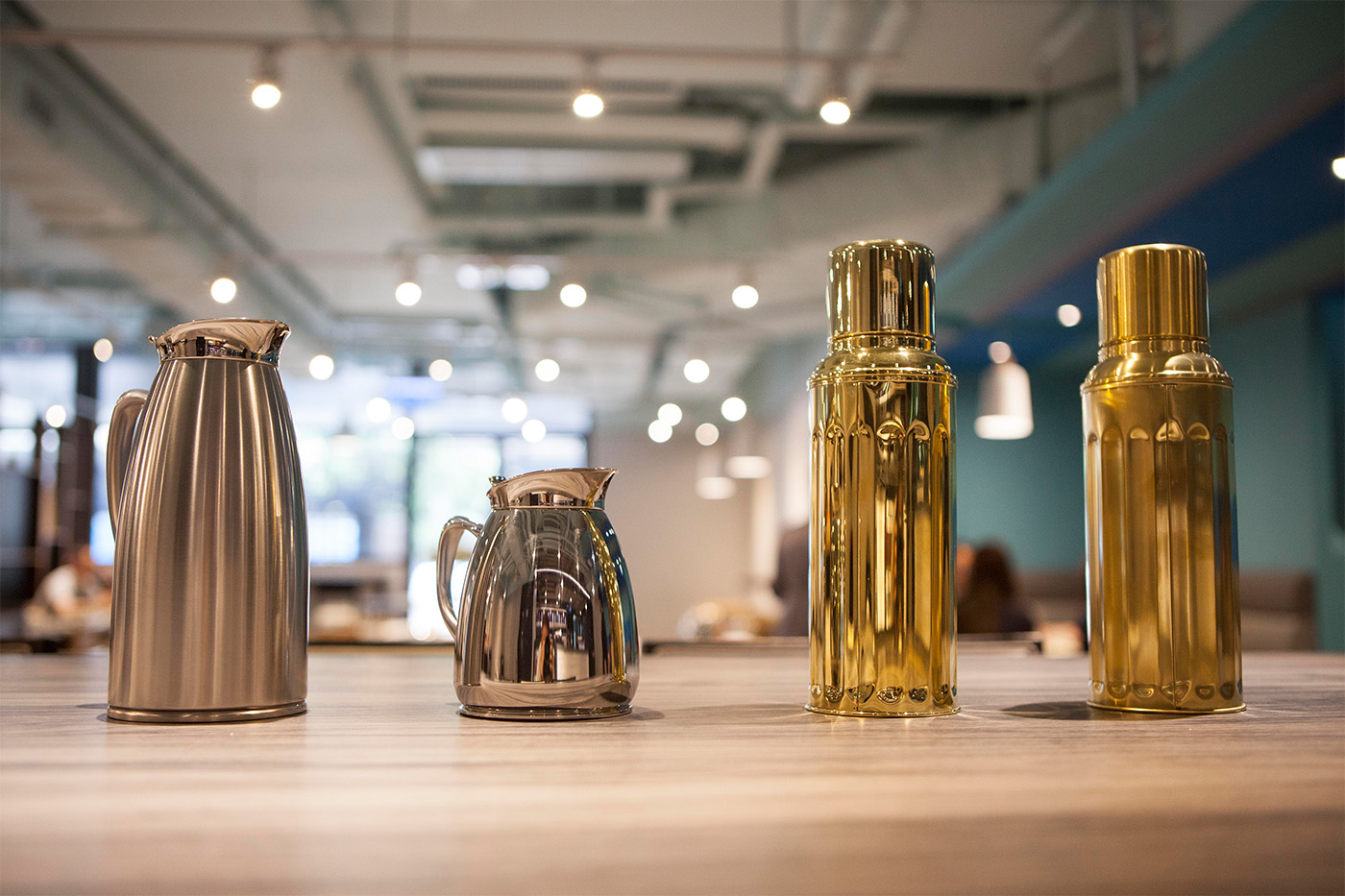 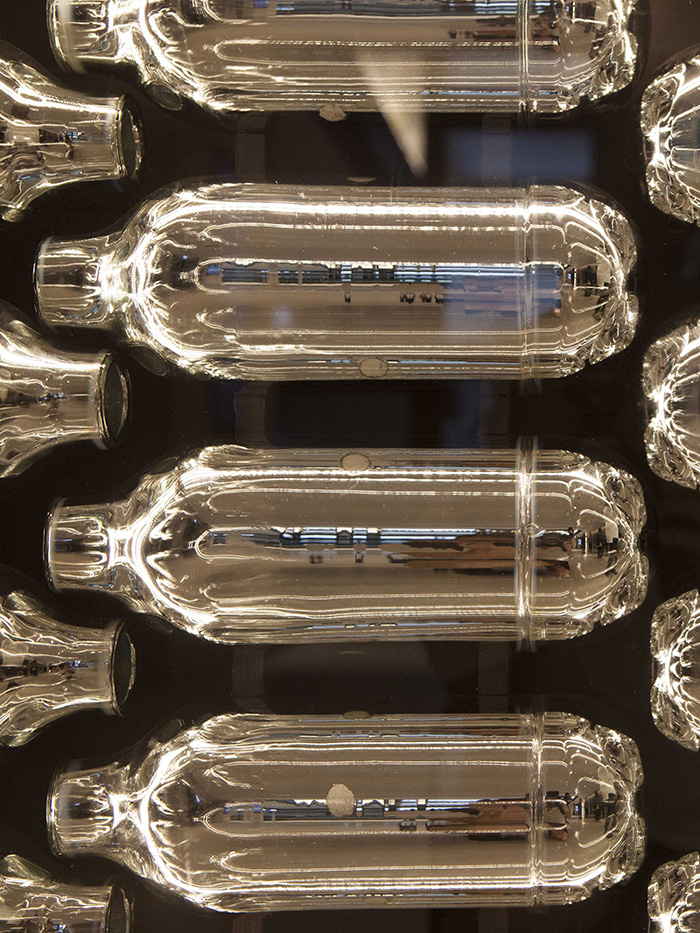 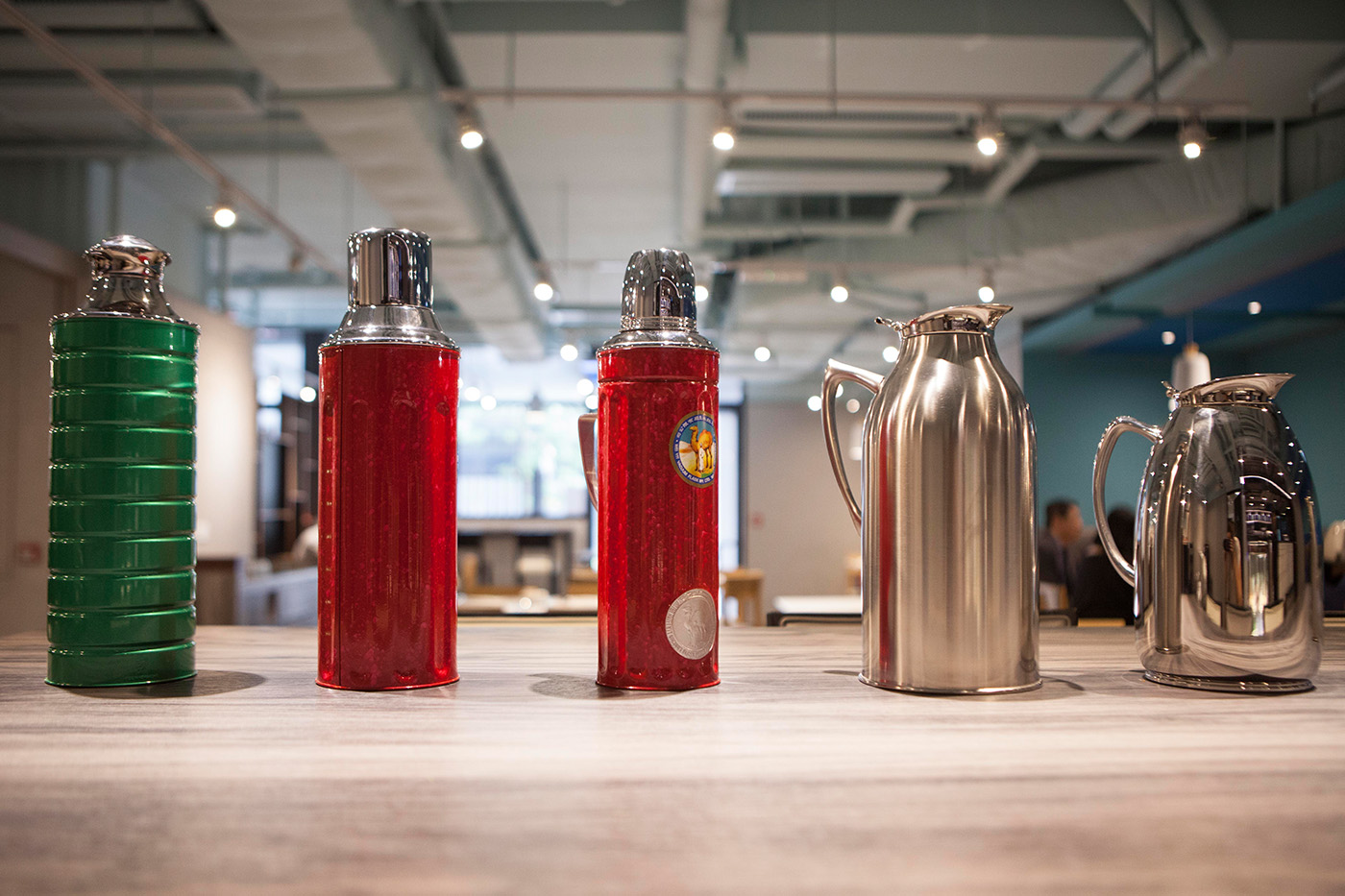 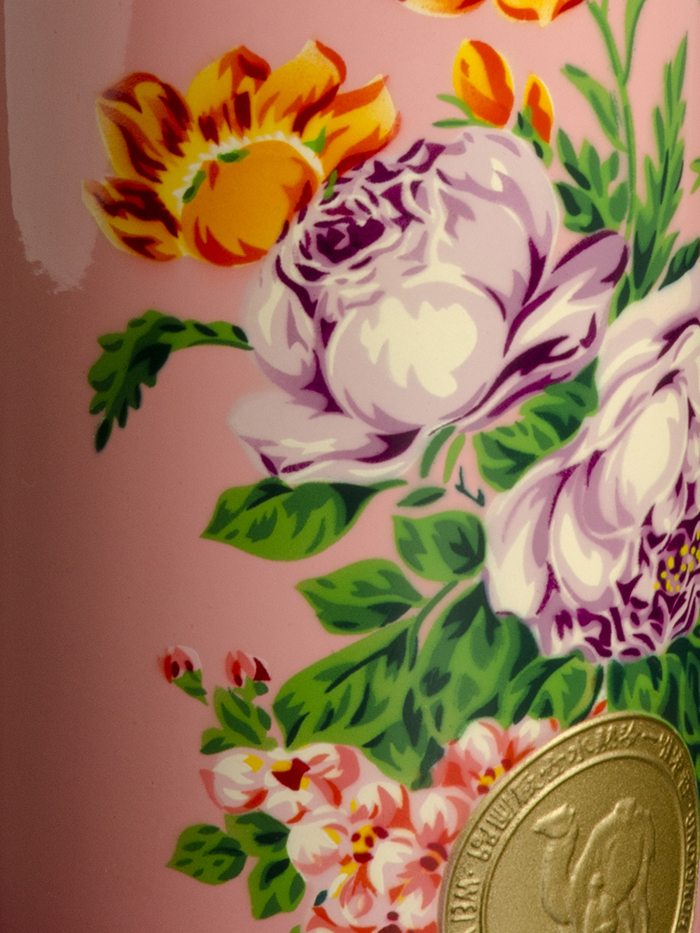 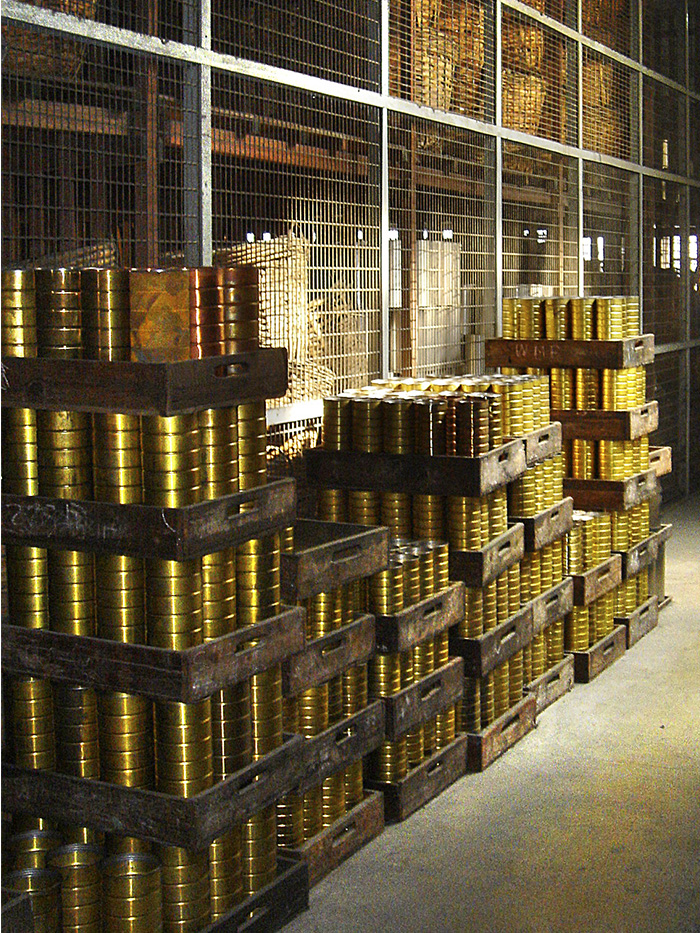 Raymond Leung has big boots to fill. Over three quarters of a century ago, his grandfather, Leung Tsoo-hing, created a brand of vacuum flasks that survived through the tumult of 20th century Hong Kong. Grandfather Leung founded Camel in 1940, after years of exporting flasks from Hong Kong to Penang with his father. He established his own vacuum flask production line, Wei Yit, just months before the Japanese occupied Hong Kong. Despite these upheavals, Camel is now one of Hong Kong’s most established and enduring local brands – and its next generation is planning to expand its influence in some very surprising ways.

Camel’s vacuum flasks are known for their signature look, especially floral patterns now considered vintage and iconic. They have accrued something of cult status in a city that is becoming increasingly invested in investigating and admiring its past. What makes these flasks special is their combination of charm, functionality and innovation. Grandfather Leung did not quite invent the vacuum flask itself — that was the brainchild of Sir James Dewar in 1892.  But he did make innovations that distinguished Camel’s flasks, starting off by manufacturing the glass vacuum inners as invented by Dewar.

In 1947, Camel produced their first fully integrated vacuum flask model, the 147. This came with a new groove feature at the top of the flask which had many vertical scallops, making the casing more rigid and better suited to protecting the glass interior, while also creating a distinctive look for the flasks.

The flasks’ distinctive shape is not the only reason they have become an icon of Hong Kong design. Many flasks also bear grand illustrations that draw inspiration from the Chinese classic, Three Kingdoms, rolling out different colour-pattern combinations each year, which made them emblems of different points in Hong Kong’s history. All those years ago, Leung Tsoo-hing chose a desert animal to represent the company, a simple but strong sign of what they planned to be: resilient, determined and enduring. And perseverance has been part of the DNA of the family business since its beginnings. This is a quality they also say embodies the spirit and grit of the Hong Kong people, especially of grandfather Leung’s generation who built themselves up from very little. The company managed to survive the Japanese occupation, during which it had to cease production. Not long after, the rise of the electric kettle threw the company into an existential crisis. As big consumers of tea, Chinese people needed warm water to hand, which is why Camel’s flask were such important fixtures in the household. The electric kettle did away with the need for a convenient hot water container, because water could now be boiled in about two minutes.

But the brand managed to survive by diversifying their offerings, branching out to create tea and coffee pots alongside ice buckets. Breaking into the hospitality industry, the brand were one of the earliest in Hong Kong to manufacture these products in stainless steel in the 60s, a novelty material at the time that has accrued increasing popularity, especially in hotels, owing to its robustness and luxurious look.

They also stayed put in Hong Kong even when most other local manufacturers moved production to mainland China. Hong Kong was once a major manufacturing hub, undergoing a industrialisation process following the Second World War, which picked up dramatically in the 1960s and 70s. At the time, Mainland China’s turbulence and insularity gave Hong Kong little competition, and millions of mainland refugees provided a source of cheap labour. Things began to change as rents and labour costs rose in the 1980s, and when China opened the doors to its economy, production fled the city for cheaper pastures across the border.

Throughout that time period, Camel has not only stayed put in Hong Kong, proudly waving the “made in Hong Kong” banner, it has also remained a family business, with Raymond Leung as the somewhat anxious but certainly very passionate heir to his grandfather’s legacy. Trained as an architect, Raymond is spearheading, alongside his father, Philip, the family’s latest venture: a Camel-themed business hotel in Kowloon Bay called Camlux. An unusual project, to say the least,  it is based in the disgorged factory that Philip, a chemical engineer, developed from virgin land, where Camel manufactured flasks from 1986 to 2014. The newly-opened hotel targets visitors to a former industrial district that is now being transformed into the so-called CBD2, a new central business district. Meanwhile, Camel’s productions have moved elsewhere in Hong Kong, to one site in San Po Kong and another in Hung Hom. Now a business hotel, this site used to house Camel’s factory and retains some of its aesthetic – Photos – left:Courtesy Camlux – right: by Viola Gaskell

More than an anonymous business hotel, though, the project is devoted to breathing new life into old products and finding novel uses for them. In short, the hotel is a homage to everything Camel stands for. There are signs of this throughout the hotel. Lamps are made out of teapot parts; graphic posters depicting Camel flasks hang in every room. The hotel nods to its past without straying too far into nostalgia; instead using Camel’s products in a way that chimes with the recent, eco-conscious “upcycling” trend of creating something new with something old.

“You have to change with the times,” says Leung, sitting in the café attached to the hotel, as we sip coffee alongside  his general manager Calvin Wong and several intensely helpful PRs. For Raymond, the hotel is the result of six years of hard work, family collaboration, second-guessing and much stress.Wong has been a key player in the hotel’s planning and realisation; he has a bit of that old-fashioned hotelier charm about him. Like Leung, however, he has an emotional connection to Camel. He grew up with the flasks as a fixture in his daily life. “Everyone in Hong Kong knows the brand – it’s iconic,” he says, beaming.

It’s quite obvious that the pair are a team and have been from the start, though they both admit to bickering over certain details, despite the apparent comfort they derive from each other’s presence. “One thing we clashed on was the TVs in the rooms,” says Leung. “Calvin wanted us to have smart, interactive remotes, and it took me a while to come on board with that. ” He says the arguments are an indicator of how strongly both felt about making their hotel worthy of its Camel associations.

Now that the hotel has finally opened its doors, the pair are excited and anxious about how it will be received by the public. At the entrance, visitors are greeted by a structure that only reveals itself to be a map of the world – with Camel’s clients dotted across continents — when viewed through the lens of one’s own smartphone. There are also several nods to the hotel’s history as a former factory, one that Leung would visit regularly with his father when he was a young boy.

Leung’s background is unlike that of his elders. “When my grandfather started business it was very different,” he says. “In those days, to do well, you had to be really focused and specialised on one thing and work hard at it. These days, people need to be more open minded, and they need to always have more and more knowledge. And they also need to be facing the world, not just Hong Kong.” It’s a sentiment that might chime with local brands looking to widen their reach and appeal to broader markets while staying true to their own roots. 
Made in Hong Kong: A Pioneering Vacuum Flask Finds an Unexpected New Home

Camel vacuum flasks have become an emblem of Hong Kong. Now the family-owned brand is expanding in an unusual direction by opening a hotel.