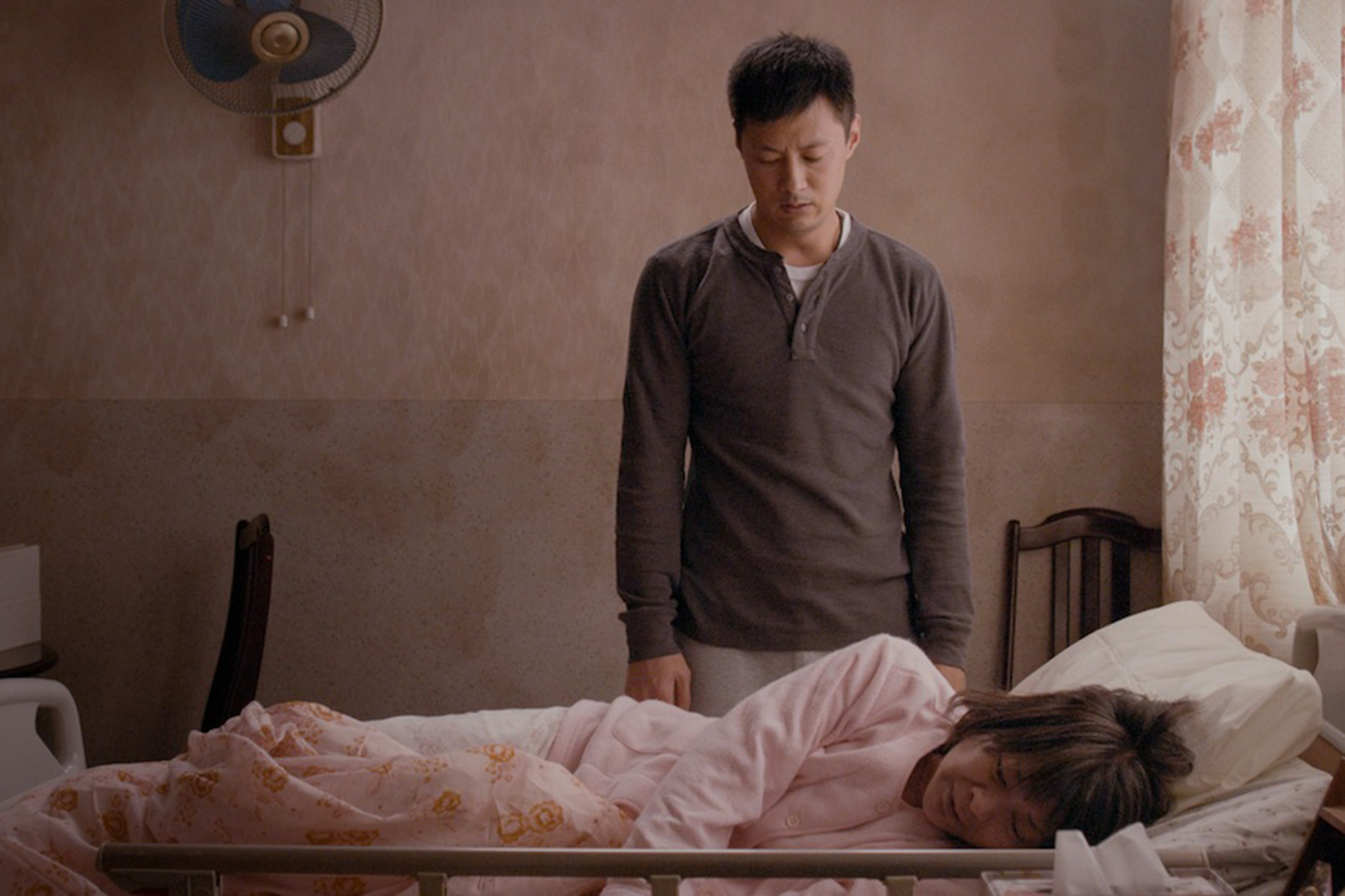 When director Oliver Chan set out to make her first film, Still Human, a few years back, her first choice to play the role of the curmudgeonly, wheelchair-bound public housing dweller was veteran actor Anthony Wong. It was 2015, and at the time, the Umbrella Movement had just wound down. The local film industry had been pivoting towards mainland China and its massive but politically restricted market, and Chan was warned that Wong, who had adopted a pro-democracy stance, was persona non grata, and his presence in the film would kill its chance of a release on the mainland.

She stuck with Wong anyway. Still Human went on to become a sleeper hit in Hong Kong, grossing approximately HK$20 million—over 10 times its budget—with screenings at festivals in Taipei, Poland, Switzerland, Spain and Italy. It secured release in Singapore, Australia and Japan. As Chan noted in early 2019, “The world is still a very big market.”

And overseas is where the future of Hong Kong cinema could be headed, even as it finds renewed life at home following years of reduced production and dwindling audience numbers – and that was without the challenge of Covid-19. Since 2019’s protests over police behaviour, the extradition law, and electoral reform, Hong Kong audiences have increasingly embraced local films. It’s part of a wider, democratically leaning “yellow economy,” a trend that has been on the rise since the Umbrella Movement.

“Hongkongers these days are looking for genuine Hong Kong films, [particularly] of the genres, such as action comedy, which have been lost for a long time,” producer and distributor Winnie Tsang, CEO of Golden Scene told Variety in February. Hong Kong’s filmmaking history is as volatile as its property market. The golden years of Shaw Brothers and Golden Harvest martial arts action films in the 1960s and 70s, dominated by stars like Chang Cheh, Jimmy Wang, King Hu and, of course, Bruce Lee, was a time when the form started to blossom as an art, and filmmaker and audiences both embraced cinema’s ability for metaphor and poetry.

Chang, often referred to as “the godfather of Hong Kong cinema,” drew from Japanese master Akira Kurosawa and American maverick Sam Peckinpah for his work, revolutionising the industry and starting Hong Kong on its road to bloody urbanism. Bruce Lee was arguably the city’s first international sex symbol, showing anyone who cared to look that Chinese men were indeed as masculine as the next guy, despite Hollywood’s best efforts to demonstrate otherwise. The change was a hit at home and abroad, and emerging directors overseas, including the Wachowskis brothers, Luc Besson, Park Chan-wook and Quentin Tarantino, lifted the stylised Hong Kong action of Woo’s famed bullet ballet, The Killer, and the nihilistic cool of actor Chow Yun-fat, for their own work. The indelible image of Chow lighting a cigarette with a US$100 bill has been imitated time and again. The Wachowskis adapted Woo’s slick gunfire for The Matrix, and as recently as last year the Fast and Furious franchise paid homage to Chow’s notorious hospital shoot-out in Hard Boiled (which many remember as “the one with the baby.”)

All the slick images and frantic action were wrapped up in themes of loyalty and brotherhood, underscored by the impending 1997 handover and Hong Kong’s state of social flux. Kwan’s 1985 debut Women focused on fighting the straightjacket of traditional culture, and Chan and Wong’s Made in Hong Kong and Happy Together were as much handover allegories as they were a love story and a portrait of disaffected public housing youth. By the early 2000s, the industry had contracted significantly as it struggled to find its footing under new rules demanded for Chinese co-productions, a necessary step to ensure theatrical release on the mainland. The industry was bleeding talent. Giants like Tsui, Woo and Dante Lam were lured to China where they were greeted by fat budgets. It was hard to blame veteran filmmakers for seeking greener pastures and new resources—China was looking to develop its own industry with help from outside professionals—but the new co-productions had to adhere to mainland content regulations, meaning many of the imagery and ideas in Hong Kong cinema from the 1980s heyday had to be jettisoned. There was no room for corrupt cops, prostitutes, drug addiction, disrespect of elders, single mothers, homosexuality or the “bad guy” getting away, among a host of other restrictions.

In 2019, 326 films were released in Hong Kong theatres, only 46 of them local, a marked difference from the 1980s peak when, according to producer-director Gordon Chan, 300 to 400 films were produced each year,  (although many were unreleased and just as many of them poorly made). Ben Yuen and Philip Keung starred in feature debut Tracey by Jun Li, about a transgender woman struggling to find her place in Hong Kong – Courtesy One Cool Film

But producer and distributor John Chong who is the co-founder of Media Asia, says he is optimistic. “I’ve been in the industry since the mid-1980s. Every year we’ve been in a ‘crisis,’” he says. “Before Infernal Affairs the market was dead.” Indeed, after five years of readjustment after the handover, Infernal Affairs became something of a beacon for local filmmakers. Director Andrew Lau and Alan Mak’s crime thriller was uniquely local, with post-1997 Hong Kong and China metaphors laced throughout and a positively Shakespearean ending. Local audiences responded and the film grossed HK$55 million. “Hong Kong is very nimble,” says Chong. “But the current crop of local filmmakers is in their 50s and 60s. We need new blood. That’s the biggest problem.”

In an attempt to staunch the bleeding and cultivate new blood, Create Hong Kong’s First Feature Film Initiative (FFFI) launched in 2013 as a way to support emerging filmmakers, making up to HK$5 million available from the Film Development Council. Indie Irish musical-romance Once, Kevin Smith’s generation defining Clerks and Spike Lee’s debut She’s Gotta Have It were made on similar shoestring budgets (US$150,000, US$27,000 and US$175,000 respectively), so the FDC wasn’t being stingy.

And it seems to be working. “In the last few years newer, younger filmmakers have been coming up,” notes Albert Lee, Hong Kong International Film Festival Society executive director and former CEO at Emperor Motion Pictures. “The number of smaller, younger films and filmmakers is a good sign.” Better still, local audiences are responding. Though Hollywood still dominates ticket sales, Hongkongers weary of political upheaval and Covid-19 are actively supporting homegrown films. The Grand Grandmaster wasn’t a masterpiece, but its modest success is just the latest demonstration of audiences seeking out their own. Last year’s local box office winners were mainstream action films (Alan Mak’s Integrity, earning just over HK$31 million, and Herman Yau’s The White Storm 2: Drug Lords, HK$25 million), but not far behind was Chan’s FFFI-funded Still Human, whose subject matter—the plight of the disabled and the anonymity of the domestic helpers imported to help them—resonated with audiences; it was a story long overdue in the telling. The same can be said for Wong Chun’s Mad World in 2016, also a FFFI production. That film earned seven times its HK$2 million budget and was selected as Hong Kong’s Best Foreign Language feature Oscar submission. Wong’s non-sensational, humanistic portrait of a young financial analyst dealing with mental illness was a first for Hong Kong cinema.

In order to conform to China’s strict content regulations, local productions with mainland funding have become watered down versions of the glossy thrillers of the New Wave, leaning towards bland duplication with no point of view. Recent big budget productions—Herman Yau’s Shock Wave (2017), Alan Mak’s Integrity last year—are very much focused on channelling the successes of 1980s and ’90s, “And they seem dated for it,” theorised director Ray Yeung last November. “The low budget indies are much more interesting, and certainly they’re more in tune with what’s going on in Hong Kong, and the social issues, the environment, the language.” Ironically, the more specifically Hong Kong the current crop of emerging indie filmmakers are, the better their films travel. The independent renaissance unofficially began with the omnibus Ten Years in 2015, five short films made in direct response to the Umbrella movement and the perceived crackdown on rights and Cantonese culture, which itself inspired similar anthologies from Japan, Taiwan and Thailand. The overseas editions touched on issues that uniquely impacted each, from pollution, to the demands of an aging population, and increasing government controls. Cobbled together with HK$500,000 and a volunteer crew, Ten Years’ “worst case scenario” anxiety propelled the film box office success, out-grossing Star Wars: The Force Awakens despite being shown on a single screen at Broadway Cinematheque.

New films are exploring how public schools fail their students (Jevons Au’s Distinction), the stigma of turning 30 for women (Kearen Pang’s, 29+1), the weight of parental legacy (Chapman To’s The Empty Hands), economic disparity (Amos Why’s Napping Kid), life on the margins as transgender women (Jun Li’s Tracey), fears of middle-aged obsolescence (Sunny Chan’s underrated and underseen Men on the Dragon) and the dark and sometimes fragile teen years (Cheung King-wai’s Somewhere Beyond the Mist). Like the films of the golden era, new works from Hong Kong are looking inward. In the past they reflected the anxiety of identity and the crash landing after the excesses of the 1980s boom years. Now, they reflect the worries of a generation that has found a way to redefine itself, but must deal with a new world, one where women’s and LGBTQ rights are under threat, where mental health is marginalised, and where poverty is rampant in one of the world’s richest cities.

This fresh eye on local issues is winning over international audiences. Following its premiere at the Busan International Film Festival and competition at the Golden Horse Film Awards, Yeung’s Suk Suk screened at the 70th Berlinale; it opens in Hong Kong in April. The film, which is about a closeted, elderly gay couple, plays just as well in Europe as it does in Asia because Yeung’s focus on the issues facing the two men—how family, society and government impacts them—is specific to Hong Kong but universal in its recognisability.

The same can be said for Wong Hing-fan’s social drama i’m livin’ it (opening later this year), which first bowed publicly at the Tokyo International Film Festival. That film revolves around Hong Kong’s famed “McRefugees,” the working poor rendered homeless by sky-high rents. Heiward Mak’s drama about estranged sisters dealing with the death of their father, Fagara, secured releases in Canada, the USA, Singapore, Australia and New Zealand. And debuting director Norris Wong’s My Prince Edward (another FFFI film) follows a young woman as she wrestles with family obligations and social expectations on her way to finding her own agency. In a Time’s Up world, the film transcends borders. After its Hong Kong release in May, the film will travel to the influential Udine Far East Film Festival and the prestigious Osaka Asian Film Festival (depending on rescheduling).

Taken together the films indicate a trend. As Udine stated in its 22nd programme announcement in February: “Just like the wonderful Still Human, [My Prince Edward] is directed by a woman, proving that Hong Kong cinema resists, looks to the future, and never dies!” They could be right.

After years in the doldrums, Hong Kong's once-influential film industry is finally turning a corner and finding new artistic, social and political relevance