One of a Kind: The Kowloon Walled City Through the Eyes of Photographer Greg Girard 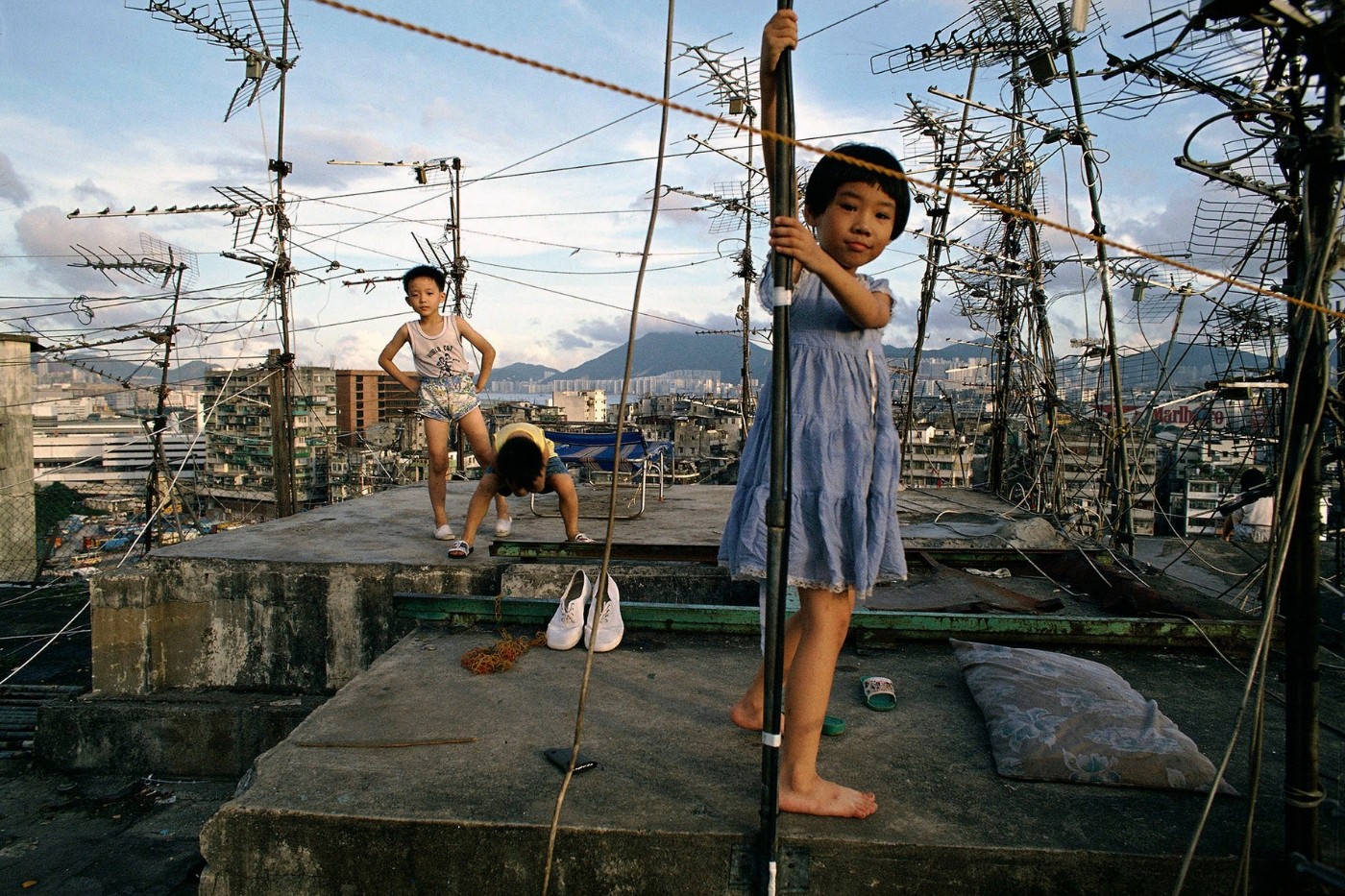 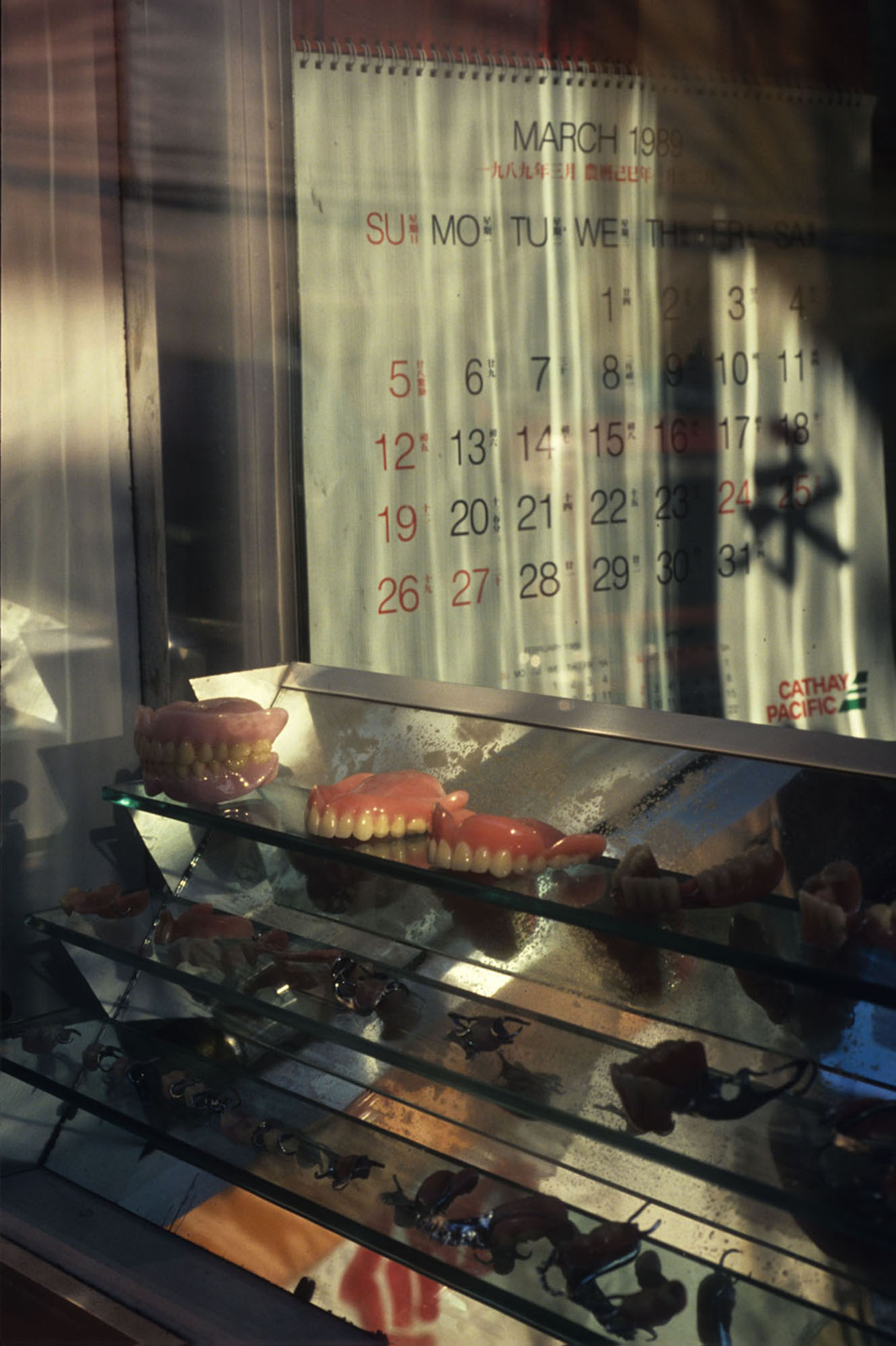 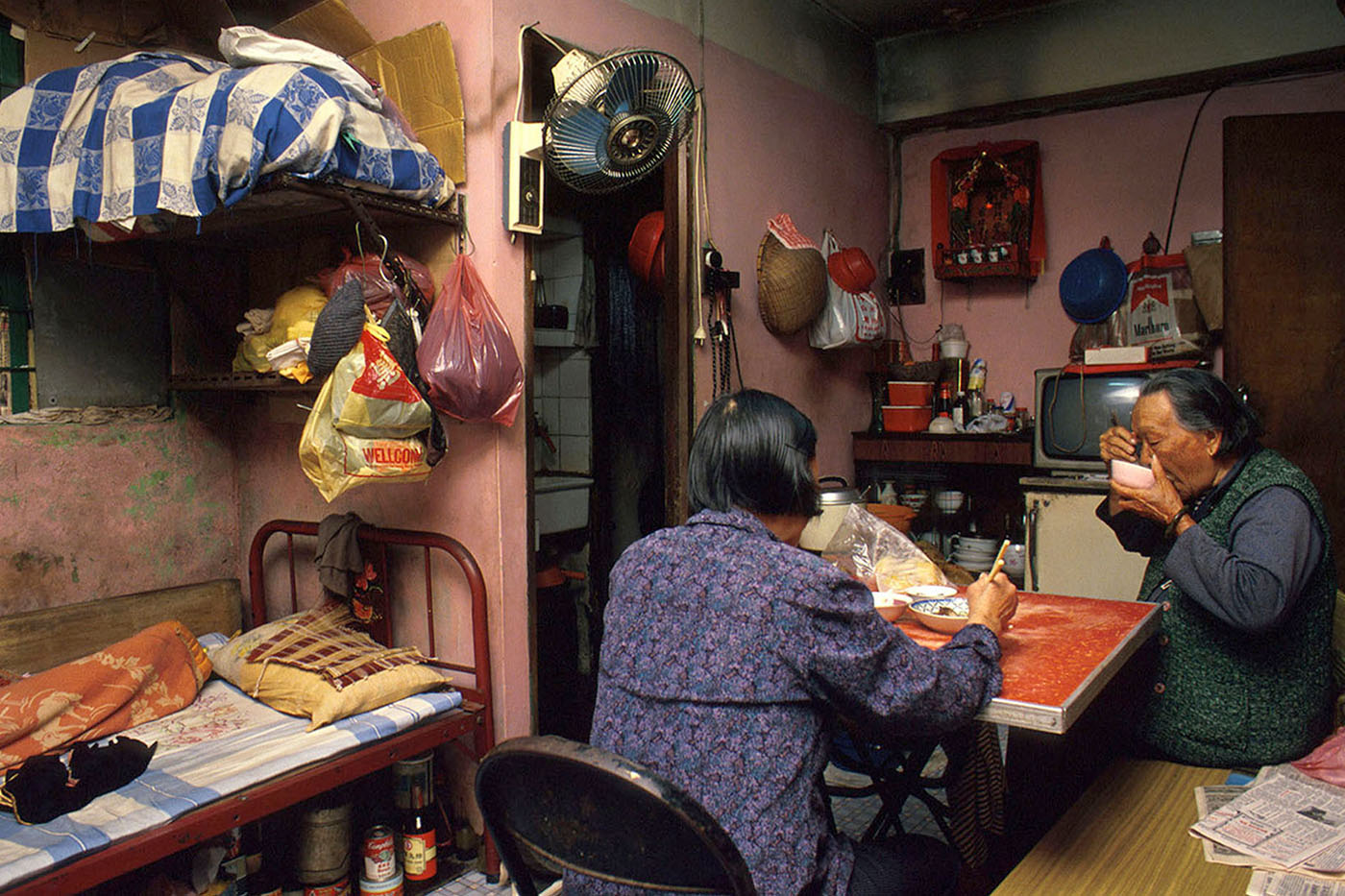 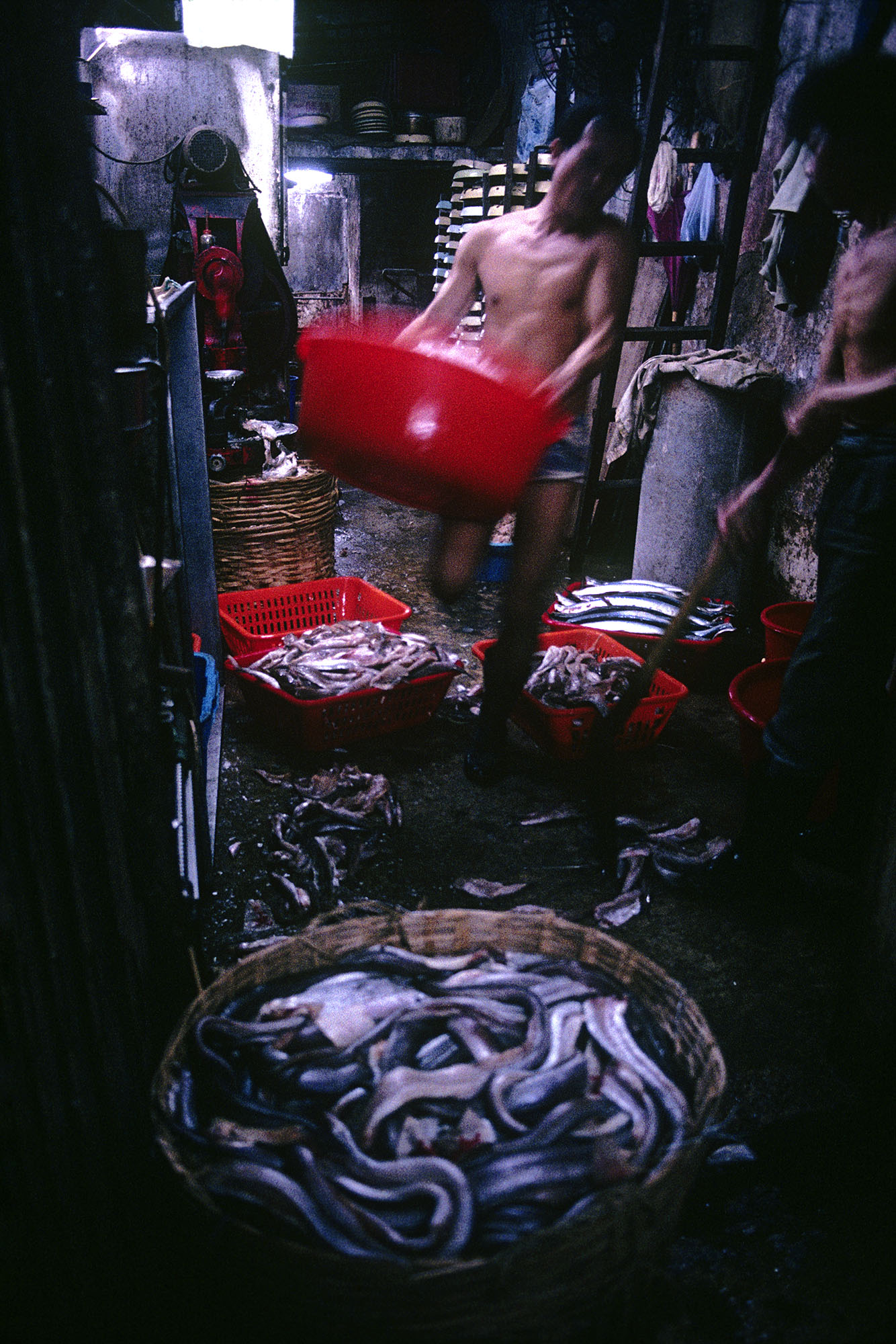 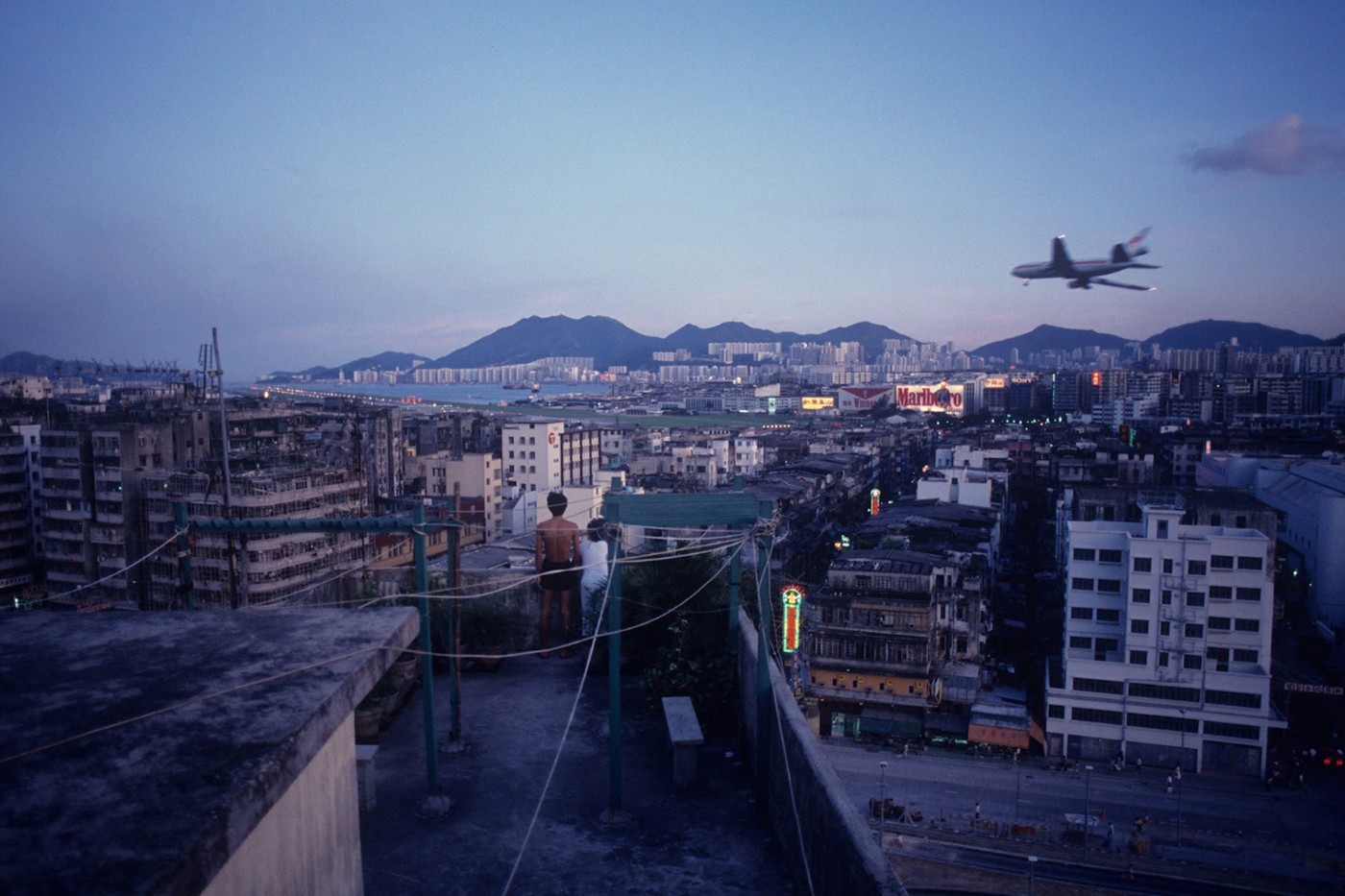 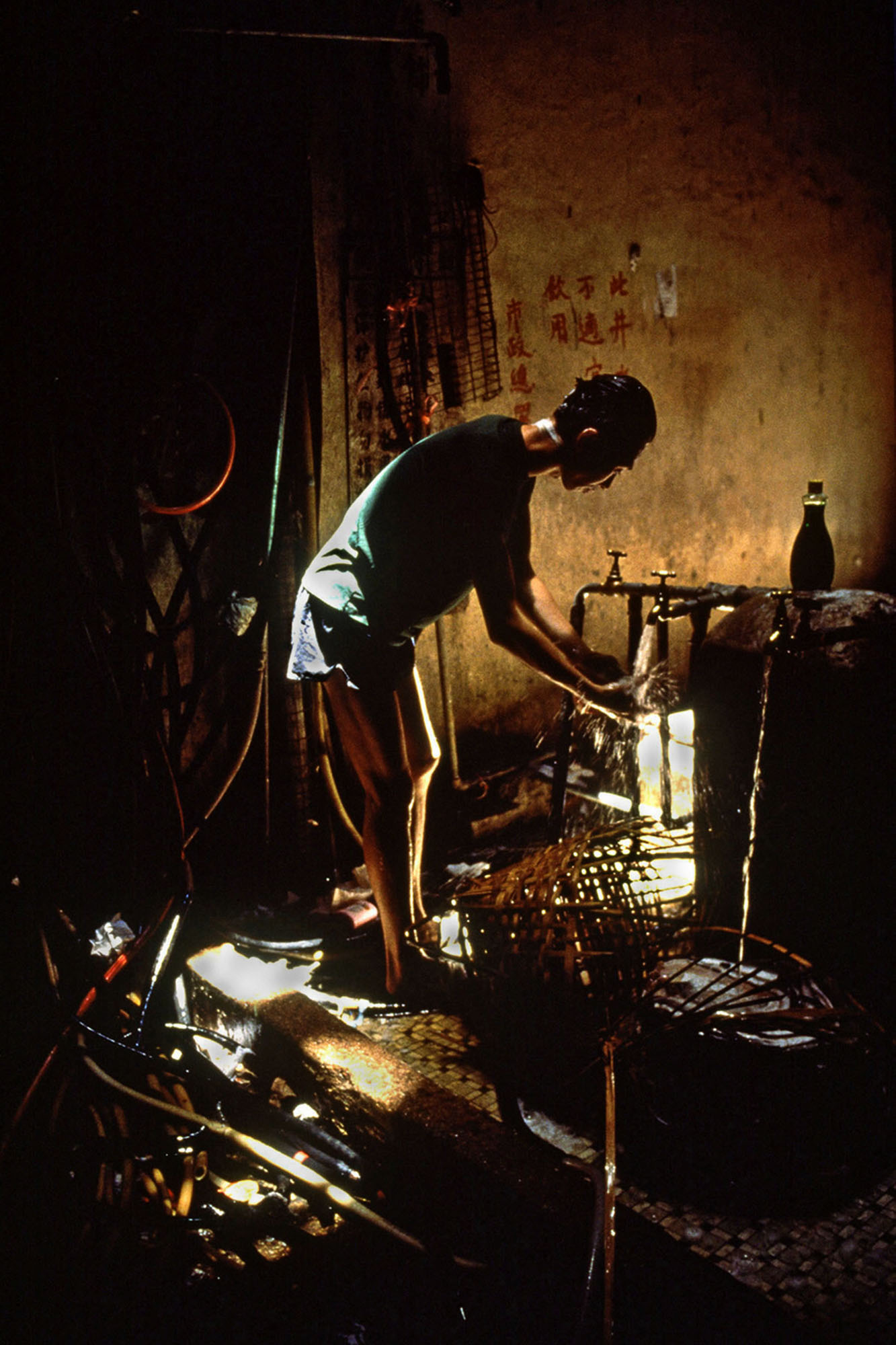 There was never anything quite like the Kowloon Walled City, a wholly improbably squatter settlement that towered over the eastern half of Hong Kong – the real-life prelude to so many cyberpunk fantasies. An accident of history created an enclave governed by neither China nor Britain, and 50,000 people filled the gap, turning 2.6 hectares of land into a rough-edged aggregate of factories, flats and shops that rose up to 14 storeys above ground. The entire thing was self-built and self-regulating, its controlled chaos a rebuke to the strictly governed society around it.

Greg Girard had already spent years exploring Hong Kong when he came across it for the first time, in 1985. The Canadian photographer had made his way to Kowloon City in the hopes of getting some shots of airliners as they made the hair-raising descent into Kai Tak, passing alarmingly close to rooftops filled with drying laundry. “I was looking for different angles on that and I came around one corner and at the end of the block there it was – you know, this building. This thing,” he says. 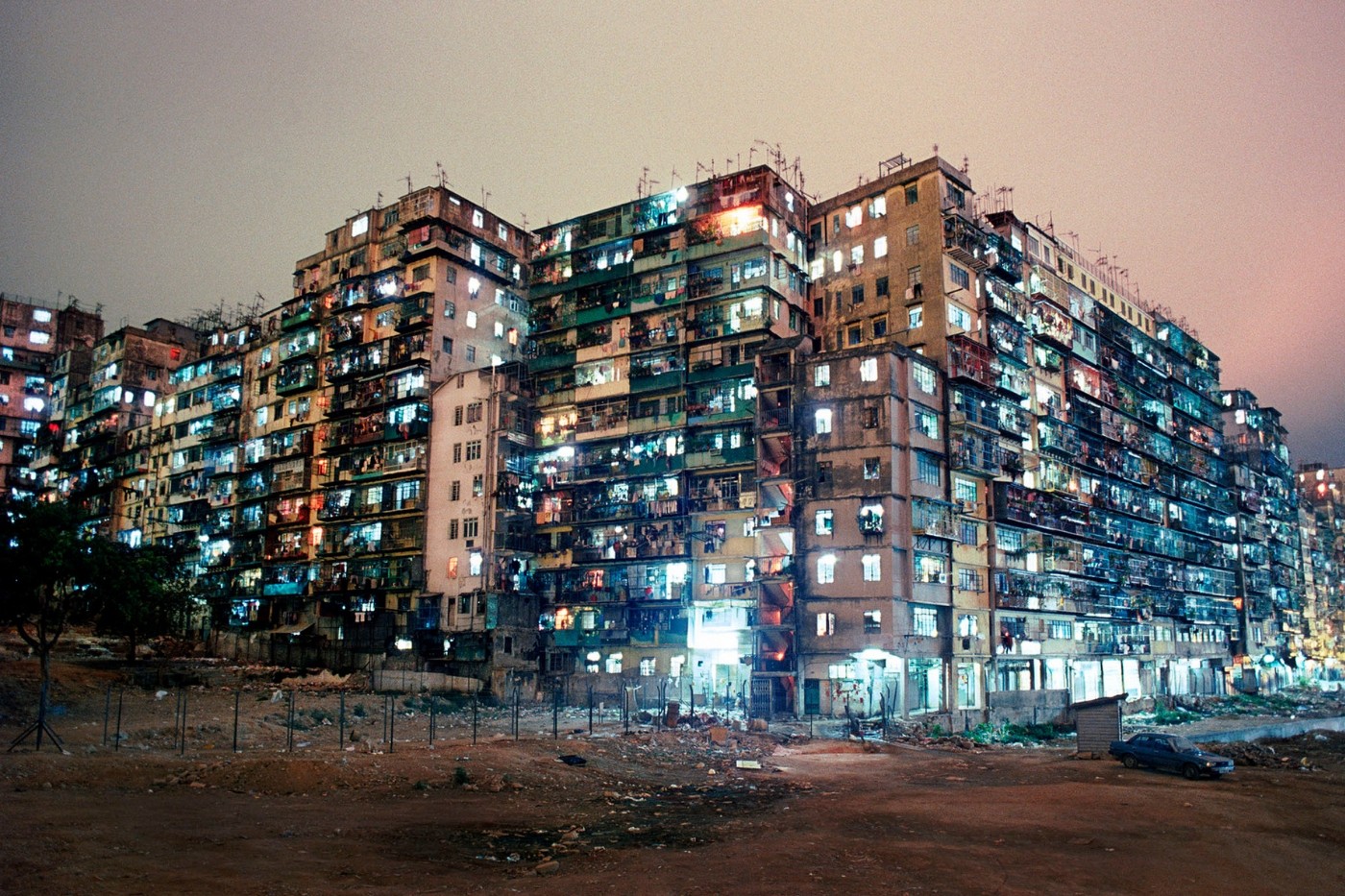 The Kowloon Walled City after the surrounding squatter villages had been demolished.

Today, the Kowloon Walled City is so famous, it seems astonishing that it was something that one could stumble upon without knowing much about it. But these were the days before the Internet, before smartphones and instantly accessible information. Myths and rumours swirled around the Walled City; people said it was lawless, a black hole of vice. Most people in Hong Kong, whether local or expatriate, had little reason to visit. “There was no conversation about it – it was just this rumoured place, a drug-infested bad neighbourhood,” says Girard. He felt compelled to investigate.

He began making his way through the low-slung shantytown that separated the Walled City from the busy residential and commercial district of Kowloon City. “You had to walk through that to get up to the actual Walled City,” he says. “People were not threatening or anything but it was obvious they were hostile to some guy with a camera and a tripod.” He made his way to one of the city’s many narrow entrances and walked inside. “That first night was unforgettable. On the ground there were a lot of businesses. Low-level manufacturing, dentists, food factories. I realised this is going to take some doing to try to take some pictures here.” 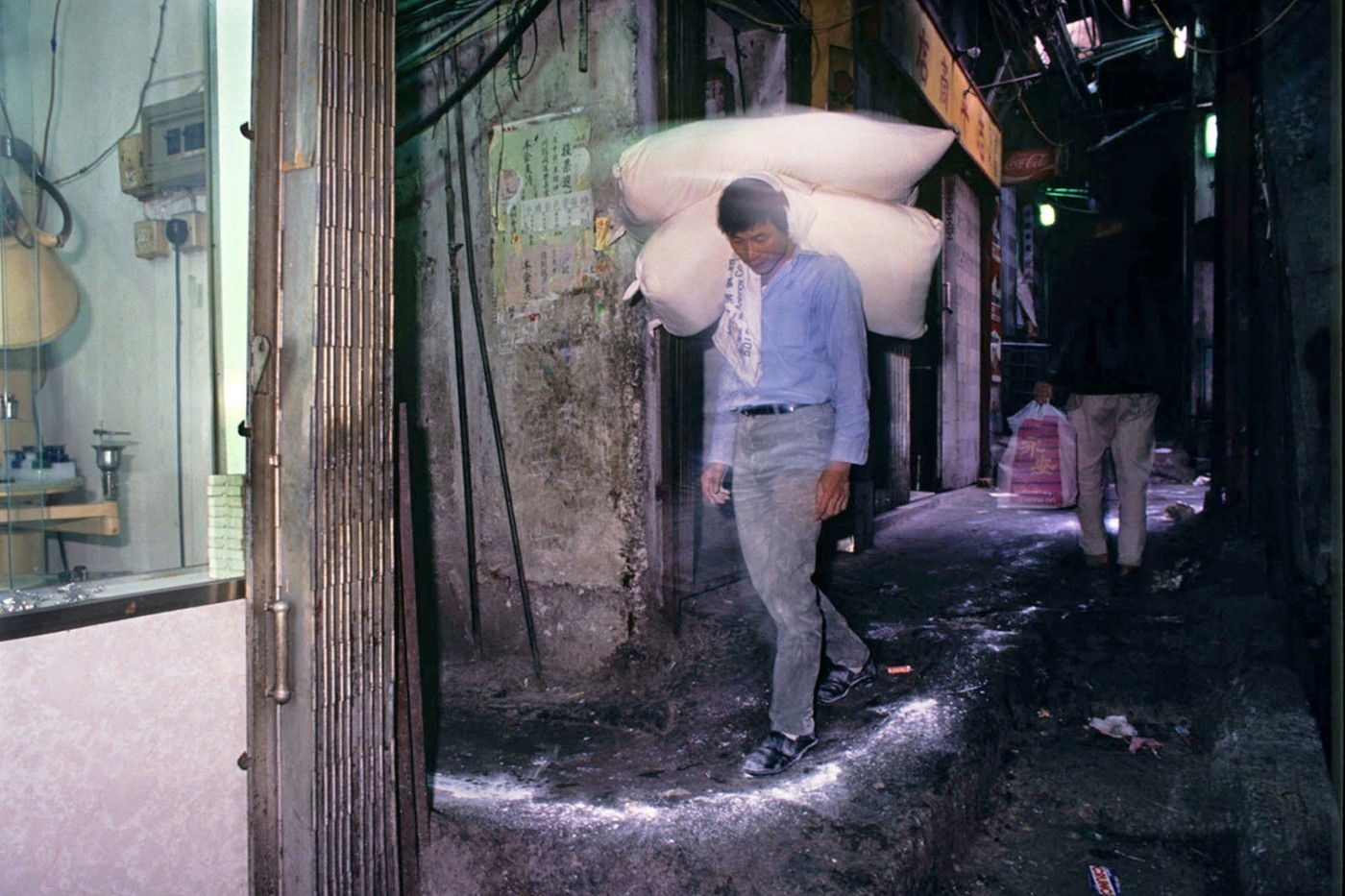 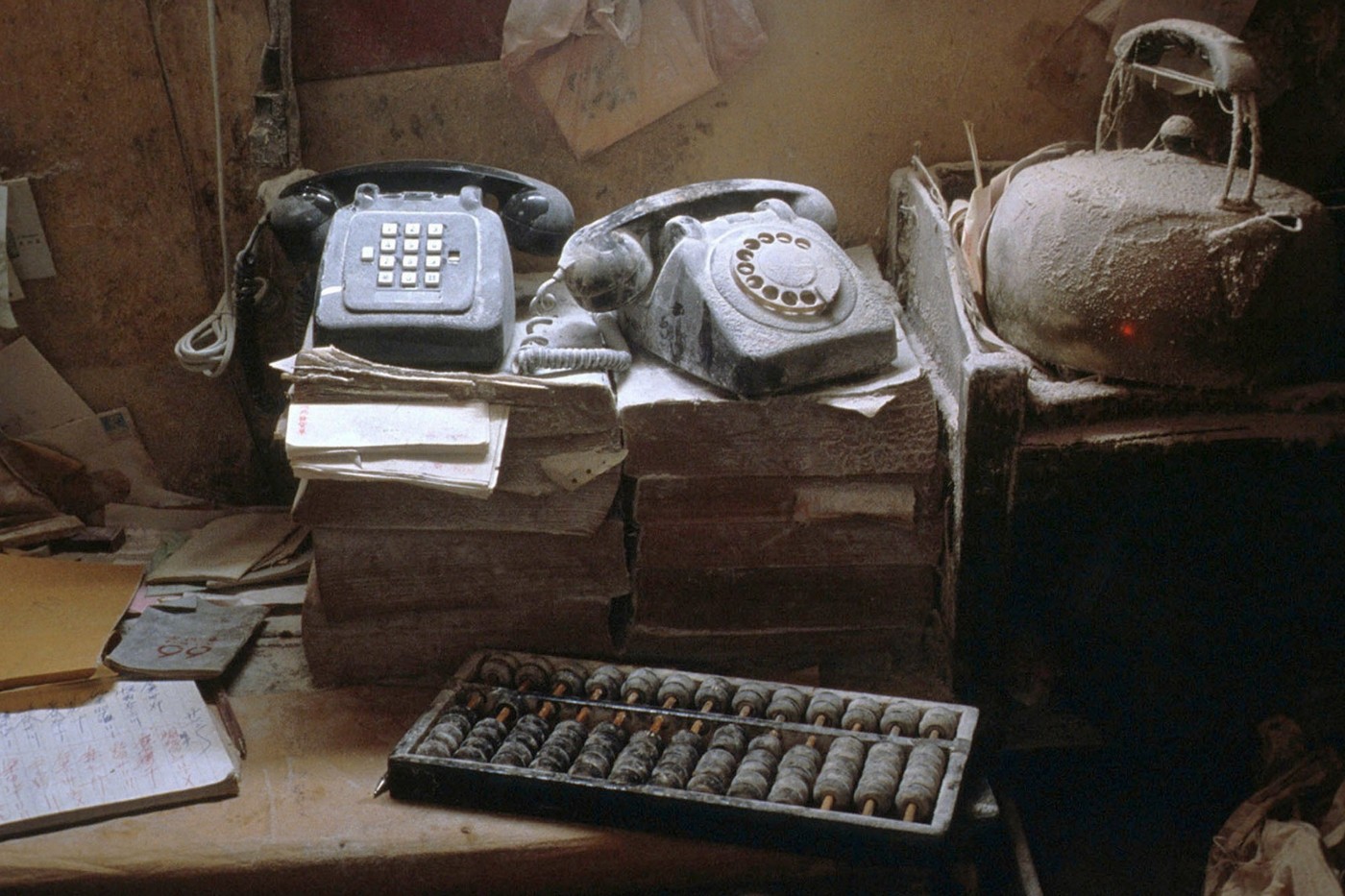 Girard returned soon after. “Going back in daytime it has a different atmosphere,” he says, inadvertently reverting to the present tense as he describes his memories. “On the north side, it’s adjacent to a street so it kind of fits into the rest of the neighbourhood more seamlessly, with taxis dropping people off in front of the place, just normal kind of activity. The first thing I did was just walk around and get to know it a little bit without getting lost, just getting the lay of the land, so to speak.”

Girard doesn’t remember the first shop he photographed. “I think it may have been a noodle making factory,” he says. “I was carrying lighting with me and they were the first people that let me set up my lights and do my pictures. That was a big first step. I made prints from the slides and then brought them back on the next visit. A photograph was a slightly different deal back then – people weren’t photographing themselves on their phones. The neighbours could then see that I was okay. It just kind of spread from there, from shop to shop, people getting more comfortable and ignoring me finally.” 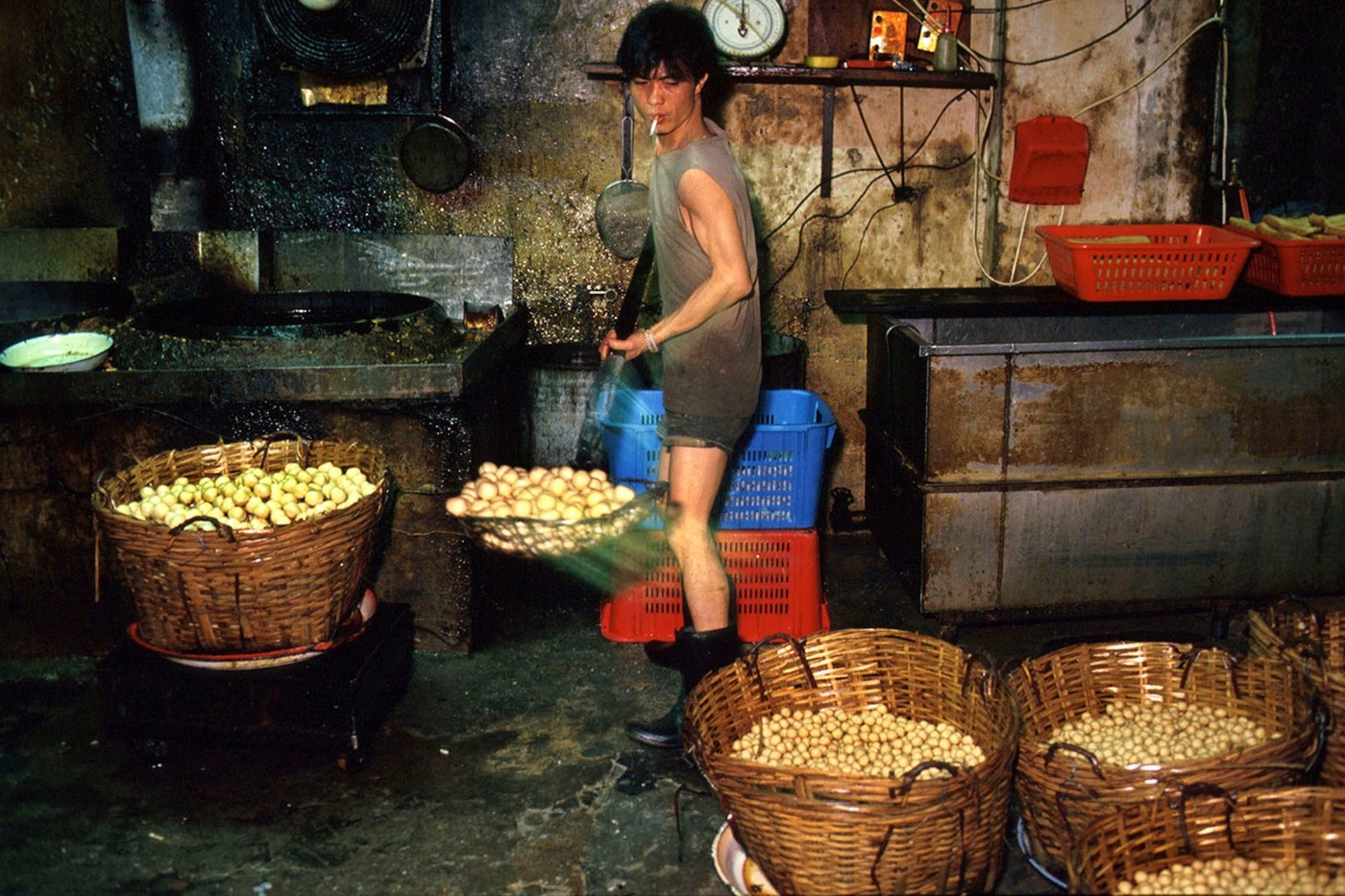 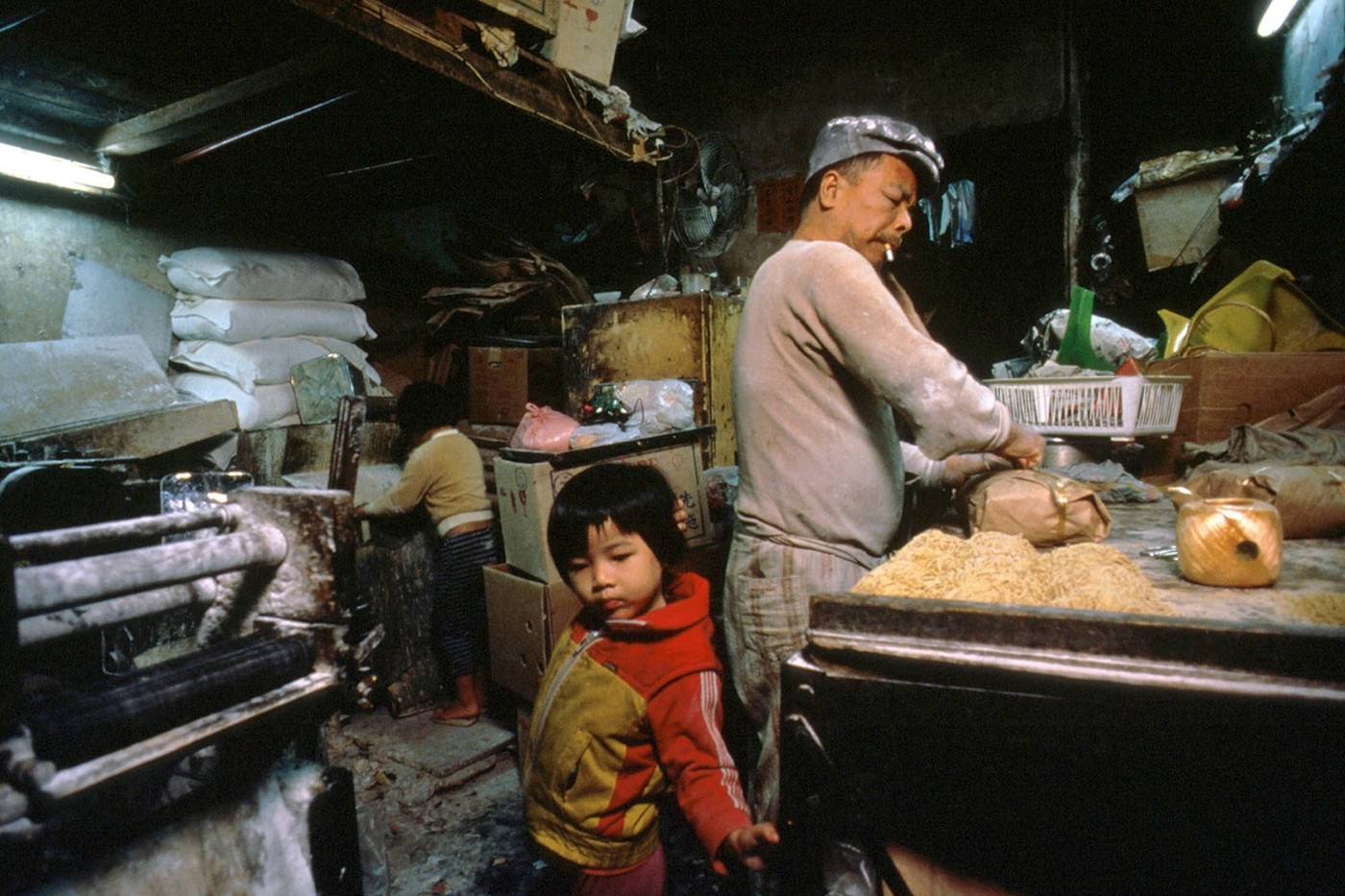 The seeds of what eventually became the Walled City were planted nearly a century before Girard’s first visit. When the British leased the New Territories in 1898, the agreement excluded a Chinese garrison overlooking Kowloon City, a busy market town that served a web of small farming and fishing communities. The military outpost had been established during the Song Dynasty (960-1279) to regulate Hong Kong’s lucrative but troublesome salt trade, but it languished for centuries until the British won control over Hong Kong Island in 1841. Wary of further British expansion, the Qing government ordered a complete overhaul of the garrison, and a stone defensive wall was completed in 1847. It wasn’t very effective: seven years later, Hakka insurgents managed to take over the fort during the Taiping Rebellion.

When the Qing Dynasty fell in 1911, China’s new Nationalist government abandoned the fort, which by then included living quarters and an administrative hall, widely known in Mandarin as a yamen, or as a ngaa4 mun4 (衙門) in Cantonese. A Protestant church soon took over the yamen and converted it into an old age home, school and almshouse. Over the next two decades, a total of 436 squatters took up residence inside the walls, until the Hong Kong government decided to rehouse them elsewhere. When Japan invaded in 1941, the occupying military tore down the walls and used the stone to expand Kai Tak.

Things took an interesting turn when World War II ended in 1945. Just as Britain was reasserting its control over Hong Kong, China restated its claim of sovereignty over the Kowloon Walled City. More than 2,000 squatters rushed into the old fort to establish homes, and when the Hong Kong government was unable to drive them out, it decided to adopt a laissez-faire policy towards the settlement.

With little police presence, Hong Kong’s triad organisations sensed an opportunity, moving into the city to establish opium dens, gambling parlours and brothels. At the same time, small-scale property developers expanded buildings bit by bit to accommodate thousands of new migrants. “It was always the cheapest entry point in Hong Kong,” says Girard. “If you were coming from the mainland and looking to get the absolute cheapest rent for a home or business, this was it.” 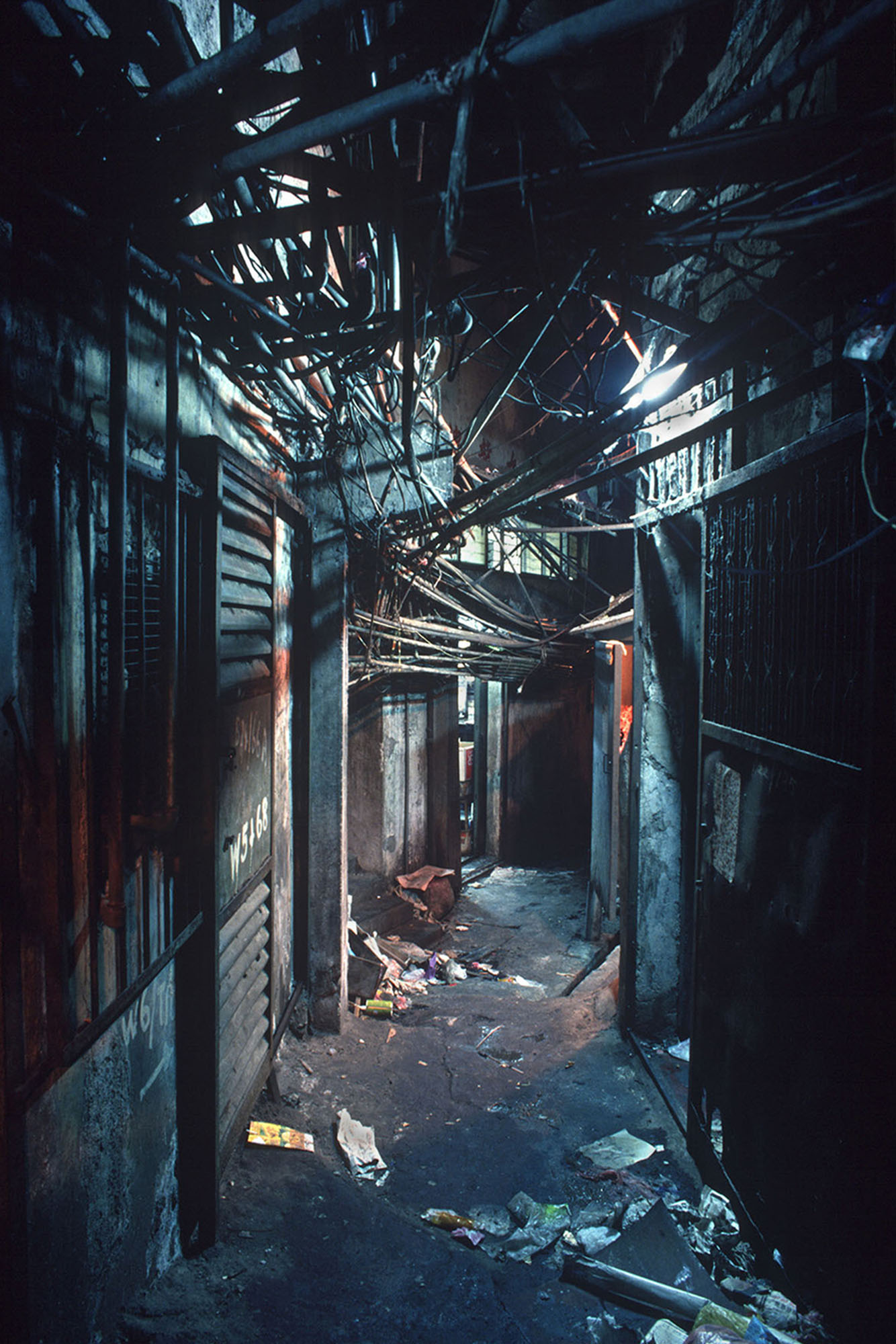 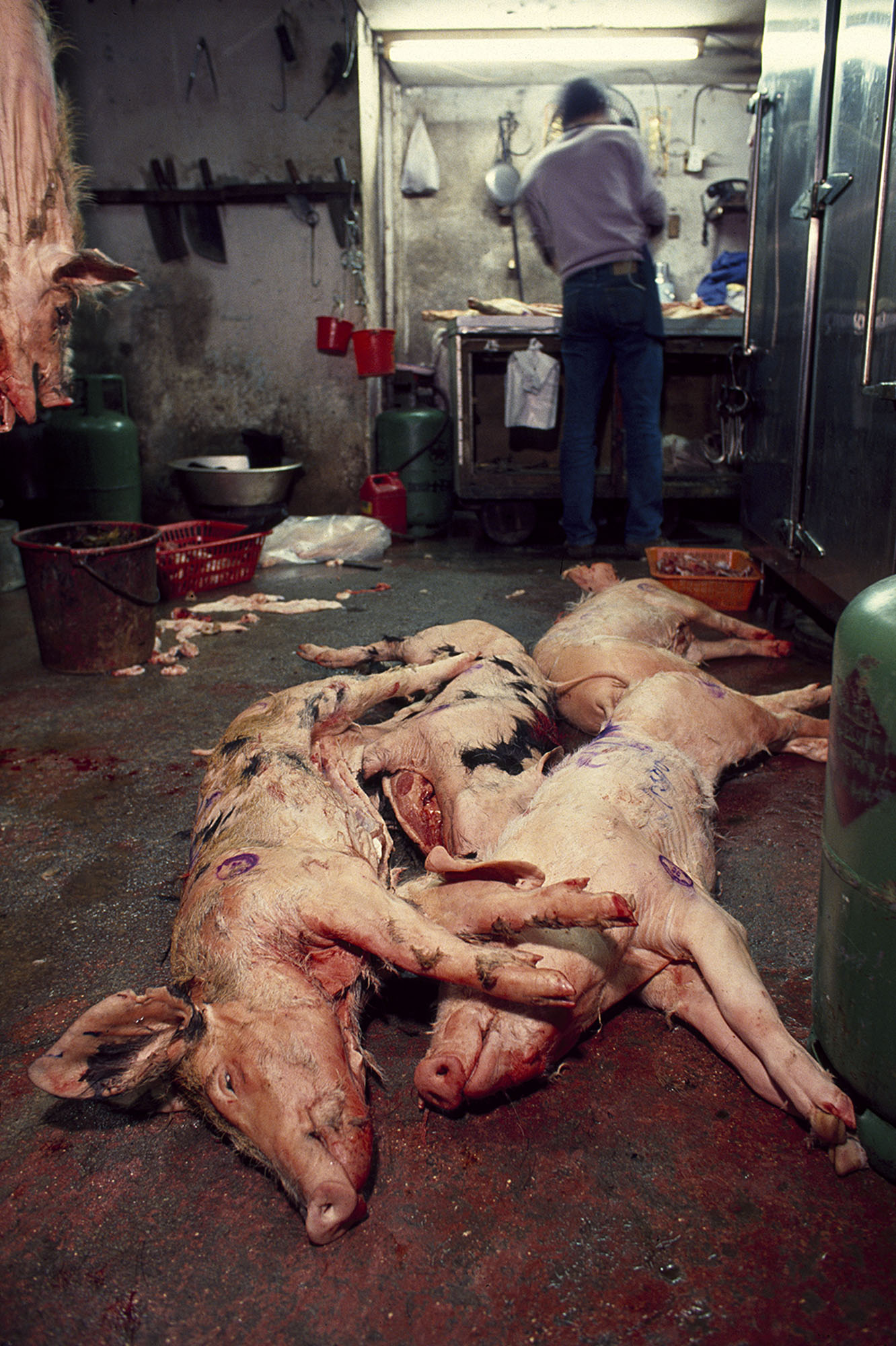 By the time he ventured into the Walled City, it was no longer a triad stronghold. Police had bombarded the city with raids in 1973 and 74, arresting more than 2,500 people involved in the drug trade, and by the early 1980s, the Walled City was as safe as any Hong Kong neighbourhood, even if it had failed to shed the unsavoury reputation it had earned over the years.

“It was very heterogeneous,” recalls Girard. “The main retail businesses were on the thoroughfares, the more well-travelled streets or lanes, where there would be convenience stores and barbers.” Footpaths that led deeper into the city were more industrial.” Food manufacturing and production was a big part of what went on there. Especially barbecued meats – there’d be pig carcasses on the floor, these metal furnaces for cooking the meat. Fishball production. Candy making. Tofu.” There was a cotton mill and garment factories, and plenty of workshops with one or two employees making a specific item like rubber plungers or wooden rulers. 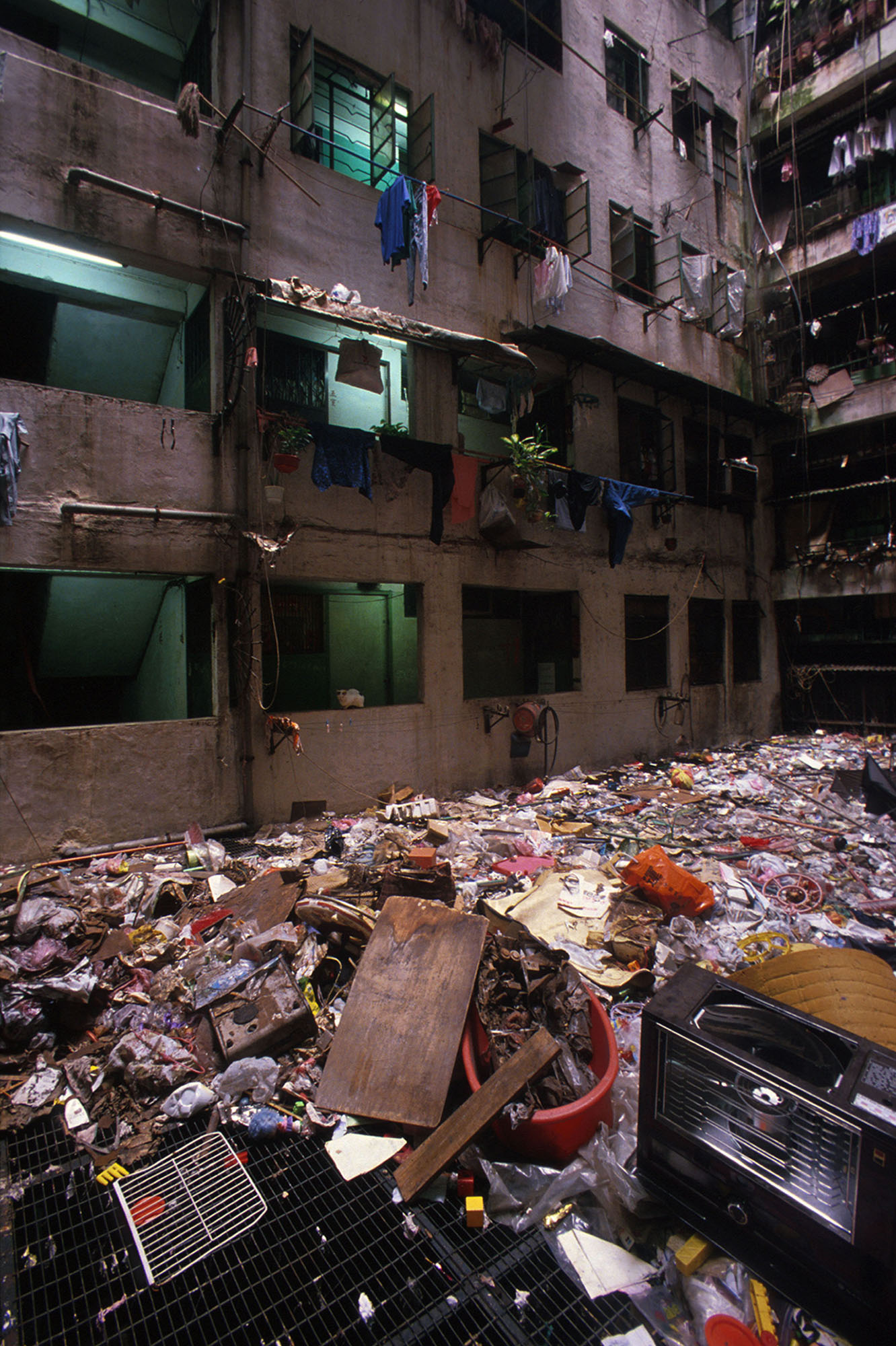 And then there were the dentists or doctors. Licensed only on the mainland — or not at all — they were not allowed to practice elsewhere in Hong Kong, but they had free reign in the Walled City. “[They] had the best real estate in the sense that it was facing inside rather than on the darker inner streets,” says Girard.

Most of the Walled City existed in a state of perpetual darkness. Girard says between 80 and 90 percent of the city’s spaces had no natural light, and even those that did mostly looked out onto narrow ventilation shafts. Children flocked to the rooftops in search of fresh air and space to run around. Otherwise, the only place inside the city that was touched by the sun was the old yamen, which had remained intact over the years, forming a large courtyard in the middle of the densely-packed mass of buildings. “It was a place for folks to sit around in the sunshine in the air and the light,” says Girard.

The Walled City’s rooftop was one of the only places children could play in fresh air.

The fate of the Kowloon Walled City was already being discussed when Britain and China struck a deal in 1984 to transfer Hong Kong back to Chinese sovereignty. The ultimate writing on the wall came in 1987. The Hong Kong government announced that, after all of the city’s residents were compensated and resettled, the city would be razed and turned into a public park.

This sparked a frenzy of interest in the enclave; Girard was no longer alone in documenting its labyrinthine interiors. A team of Japanese architects arrived to chart the entire structure in meticulous detail. A German documentary crew roamed the dank corridors. Jean-Claude Van Damme arrived to film a fight scene for his 1988 film Bloodsport. One of the final visitors was Jackie Chan, whose 1993 film Crime Story was filmed in the Walled City after all of its inhabitants had left. With nobody left, the filmmakers gleefully destroyed part of the structure in one explosive scene.

The city’s impending destruction earned it worldwide attention, which seemed to spark something in the popular imagination. Science fiction writer William Gibson used the Walled City as inspiration for an anarchist oasis in his Bridge trilogy. People are still captivated even today. Artist Howie Tsui mined the Walled City’s imagery for his richly imagined work Retainers of Anarchy, which is currently touring Canada and China. Even more recently, James Cameron replicated the city’s aesthetic in his new film Alita: Battle Angel, right down to the drying laundry and birdcage-like window grilles that festooned the Walled City’s jumble of façades. 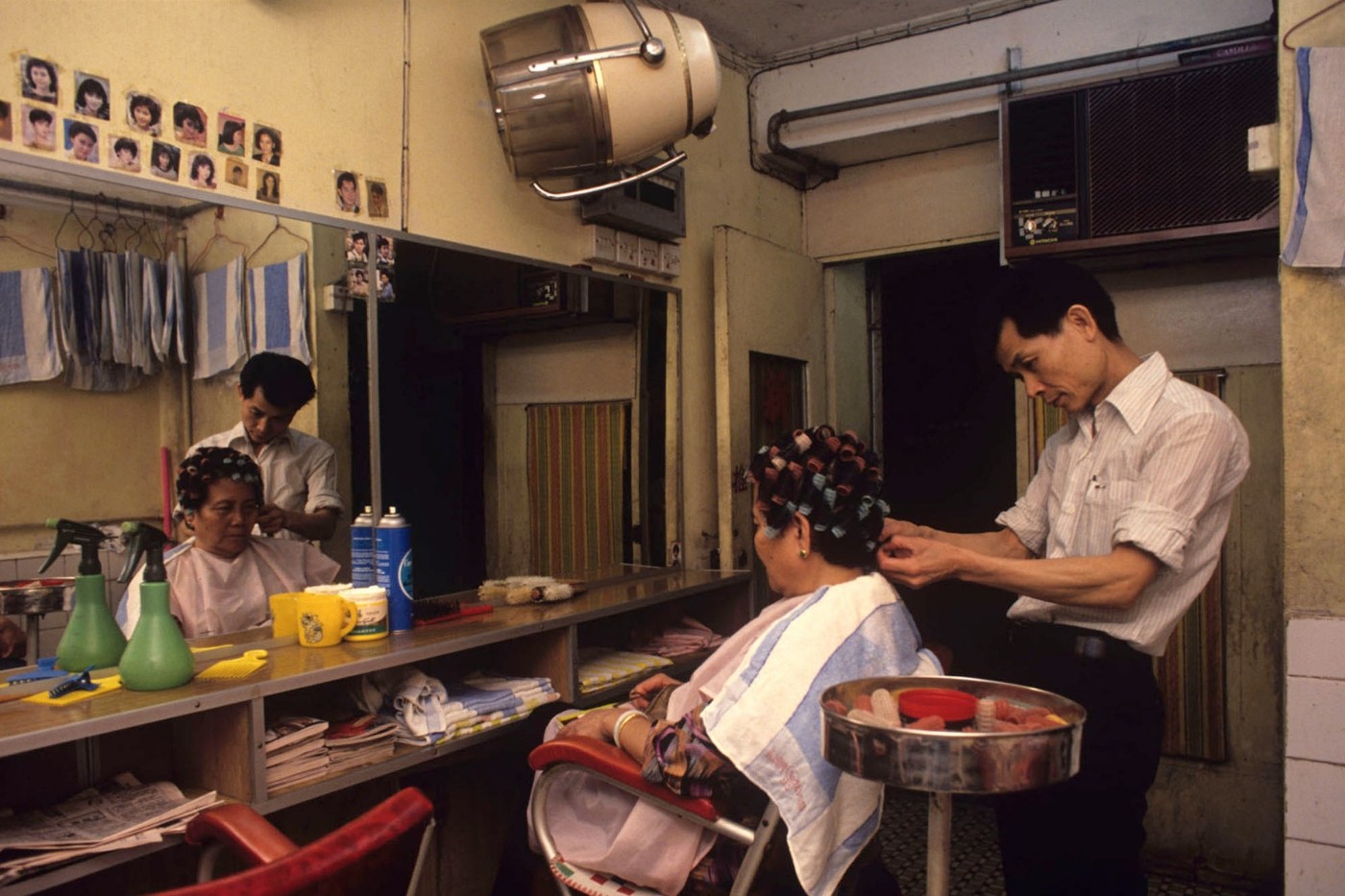 A beauty salon, one of many businesses inside the Walled City.

“Especially now that it’s gone, the reality doesn’t interfere with the myths about it,” says Girard. “It feeds the imagination that something actually did exist that wasn’t constrained by rules and regulations. You can see how it responded to needs and desires in terms of what a city could be. But when the thing stood there, if you were theorising about all this, all you’d have to do is walk into it to dial all of that back.”

“It’s astonishing to see it and walk into it for the first time and see how people are living. It’s tough in many ways, but as you get to know the place, you get to see something else, and that’s how this place works in its own way. It’s the complexity of that and how it works as a community in physical extremis – it works off each other.” 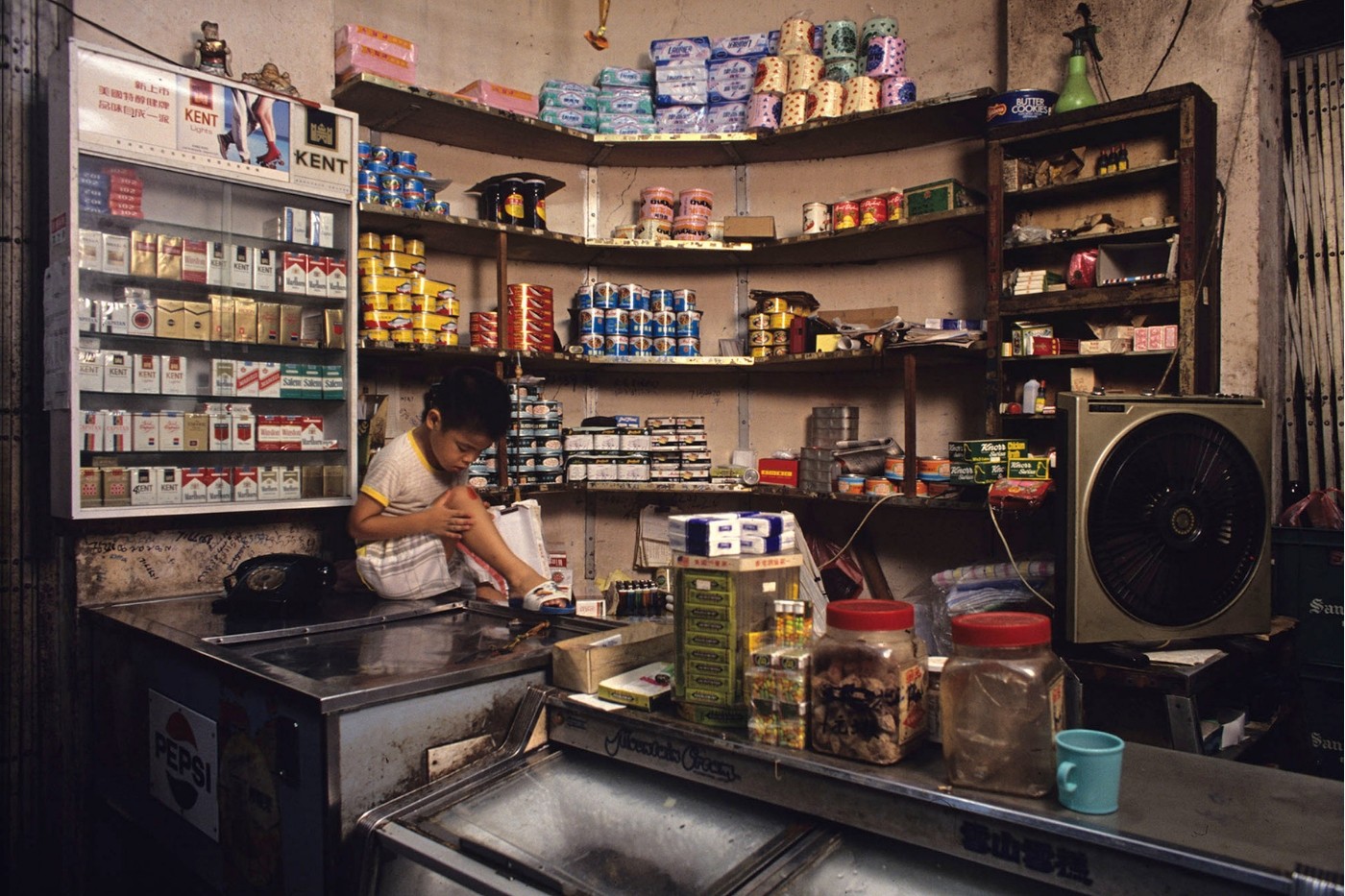 Girard says the goal with his work was “to set the record straight.” The Walled City was “much more than a slum, much more than a bad neighbourhood,” he says. “But at the same time, you always have to be reflective of the reality that it was tough for most people who lived there.”

Today, the only trace of the Walled City that remains is the historic yamen that stood at its centre. Girard still sees reminders of the city when he walks around Hong Kong, looking up at window cages or at the tiny businesses wedged into building staircases. But nothing quite matches the Walled City’s all-encompassing scale, and it’s unlikely that anything like it will emerge again. Even the most massive and complex squatter settlements of Mumbai and Nairobi rarely rise a few storeys above ground. “The history that allowed the Walled City to happen was unique,” says Girard. 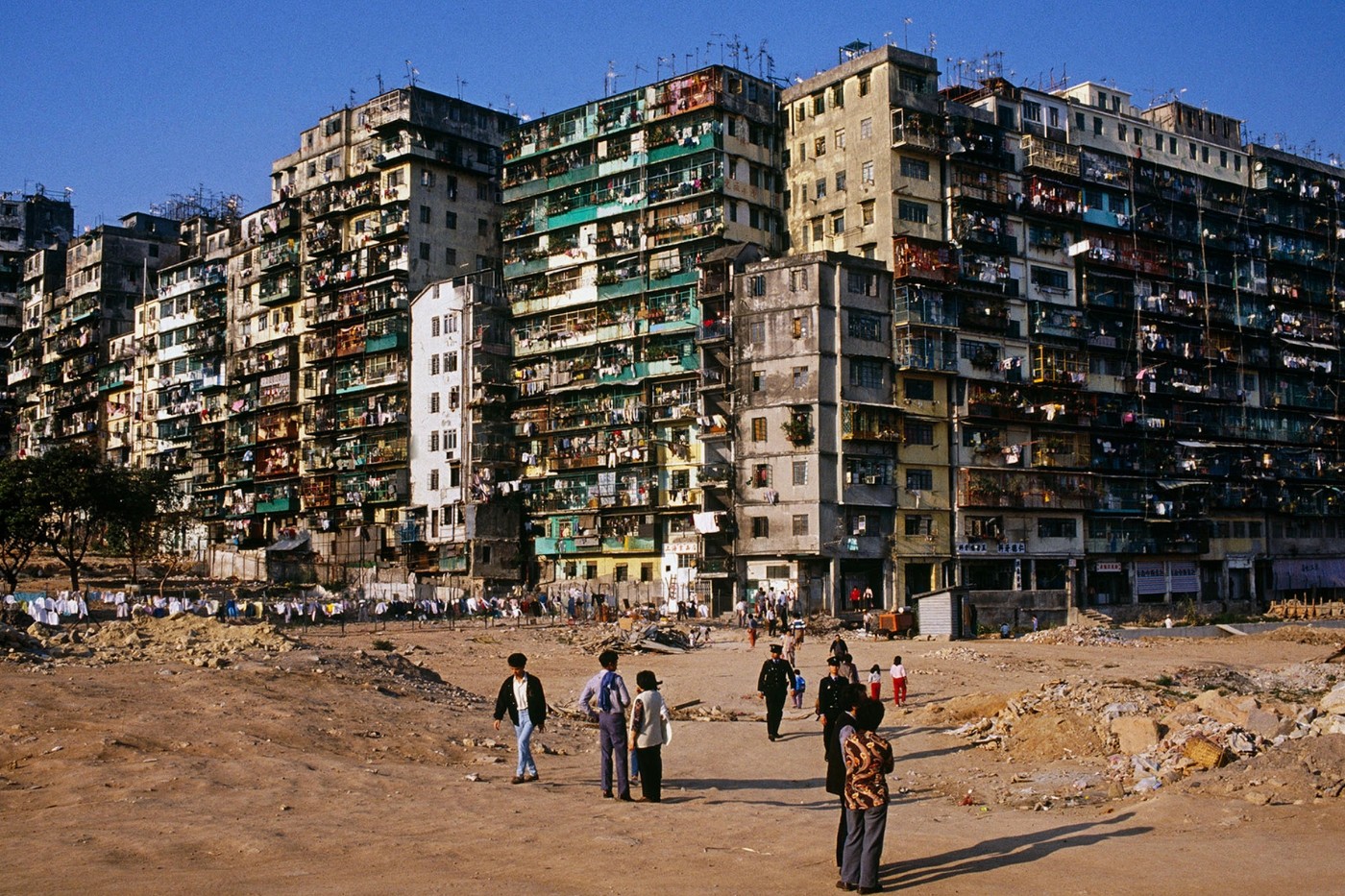 The Walled City’s hodgepodge appearance was the result of piecemeal construction by small developers.


One of a Kind: The Kowloon Walled City Through the Eyes of Photographer Greg Girard

A unique quirk of history created one of the strangest and most fascinating urban settlements the world has ever seen.