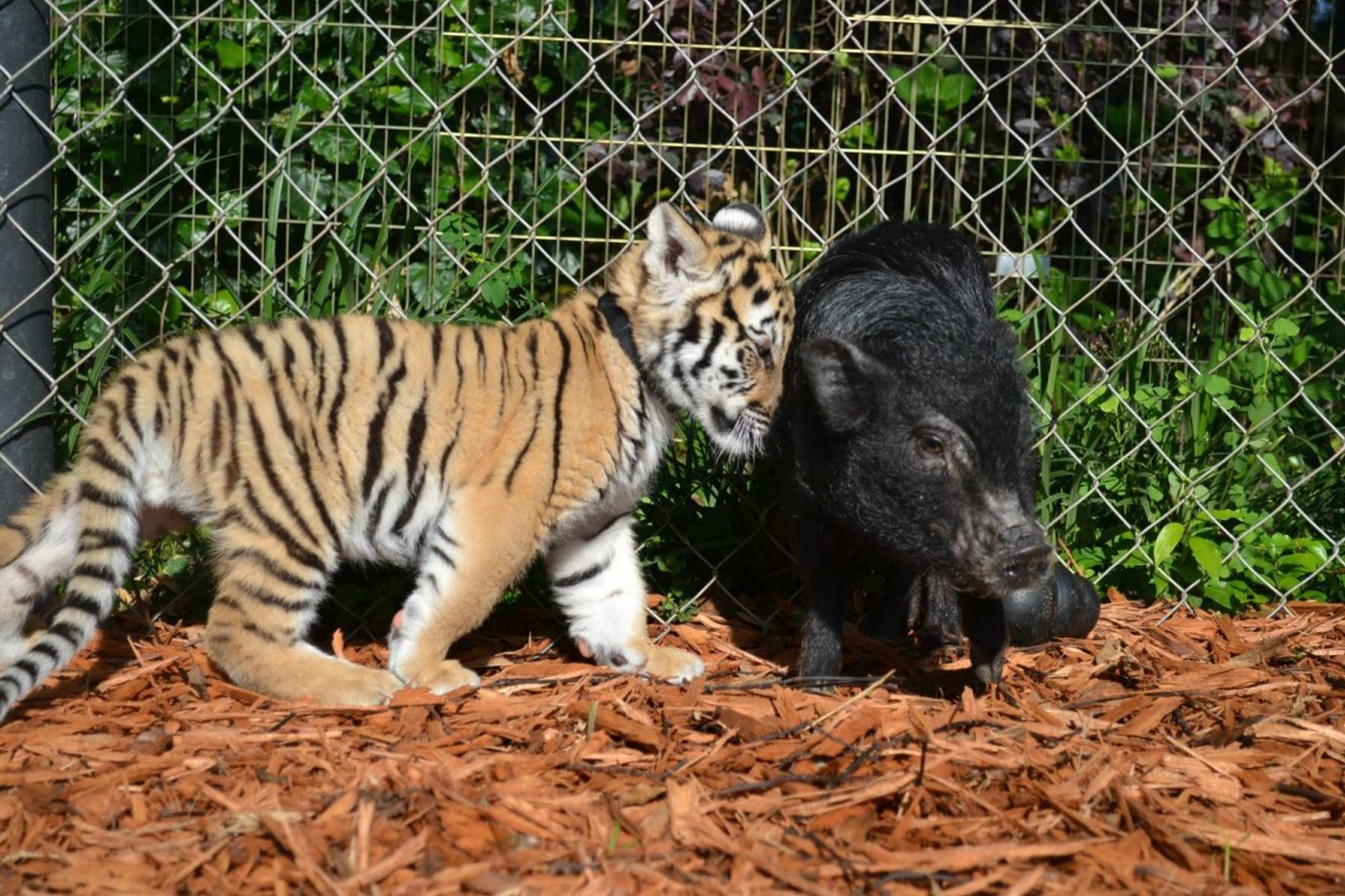 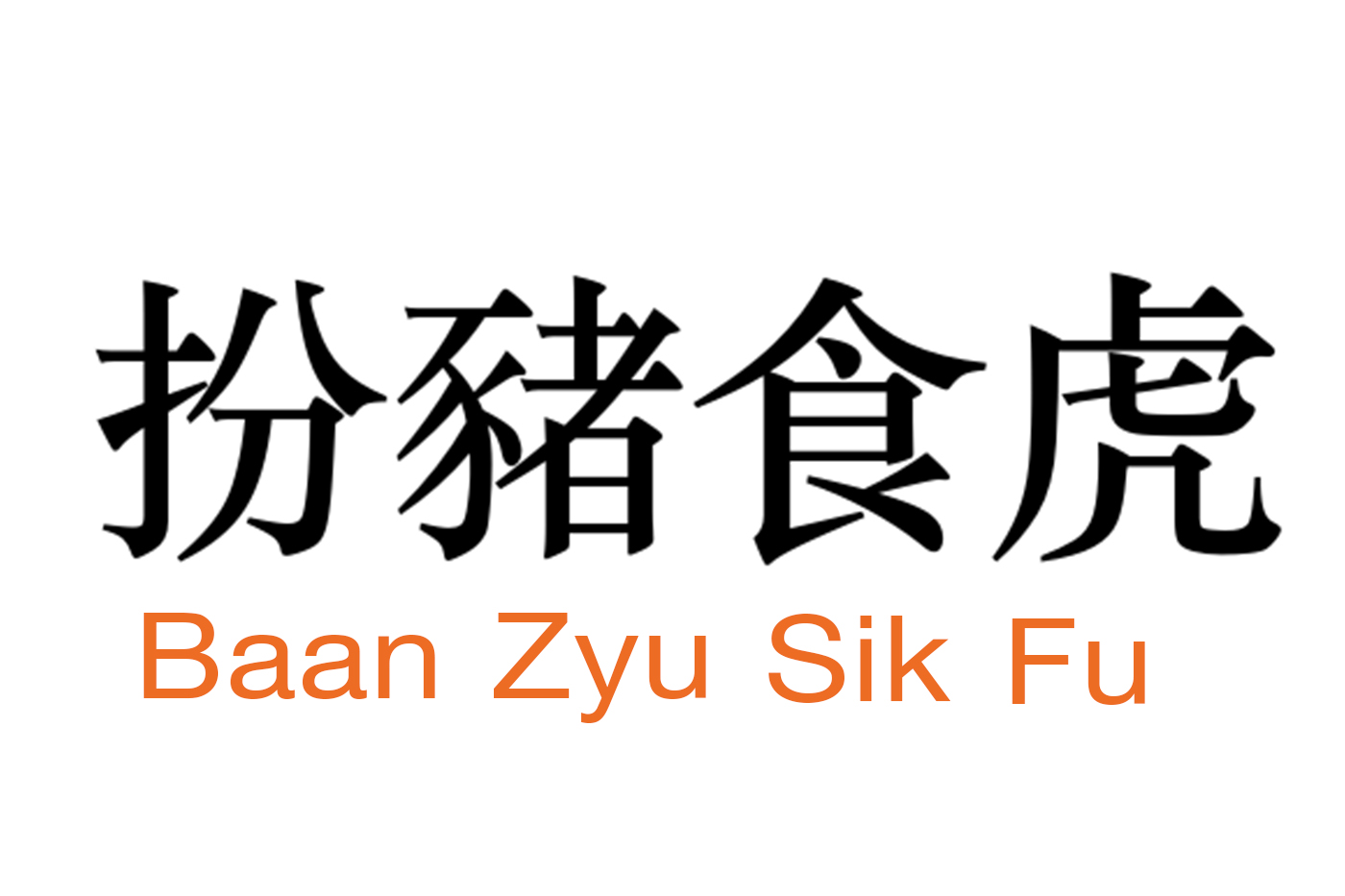 Have you ever laid in bed at night, twisting your fingers going over an earlier fight, punishing yourself for not finding the right words at the right time? Thinking, “Why didn’t I say that? It would have made all the difference!”

Chinese wisdom says maybe you weren’t a “tiger” in that moment, but have no fear, because you could win the battle in the long run, if you have the patience to be the “pig.” That is what the Cantonese like to call “playing the pig, eating the tiger” (baan3 zyu1 sik6 fu2 扮豬食虎).

It is a tactic reserved for your strongest enemies: employing your hidden strengths to attack with the element of surprise. Almost like being a wolf in sheep’s clothing. You must act weak and innocent until your adversary lets their guard down and then you may rush in with your victory. Surprise your opponent when the time is right.

There are 36 strategies in the ancient Chinese art of war. They were originally used during a period of great turmoil in China, the Southern and Northern Dynasties (420-589). “Playing the pig, eating the tiger” is strategy number 26. Those familiar with Sun Tzu may recognise one of his axioms: “Those capable of acting as the tiger from the start are capable of defending themselves while achieving victory, other times, it is better to act as the pig until the time is right for a lightning offensive.”

Chinese history is full of legends involving victories of “pigs,” but two of the most famous are from the Wu and Yue wars of the Spring Autumn period (496-465 BC) and the Eastern Han dynasty (25-220 BC).

During the Spring Autumn period, King Goujian of Yue was caught in a struggle with King Fuchai of Wu. Fuchai took advantage of Goujian’s father’s death to attack Yue and captured Goujian to be his servant. Instead of committing suicide out of pride, Goujian began to plot his revenge and took on the role of the “pig.” He inhabited his role so realistically that Fuchai began to believe that he was no longer a threat. He acted like a slave, rolled around in animal faeces, and some even say he licked Fuchai’s feet, so low he was willing to go.

Eventually, he even began to take on the appearance of a pig and Fuchai released him back to Yue after three years of captivity. Once back he took his time, staying humble and eating food reserved for peasants while planning and polishing his strategy. He trained his military and built a new network around him while conspiring with his ministers to weaken the state of Wu through internal bribes and diplomatic intrigue. He waited until the right moment and eventually captured Fuchai. Fuchai refused to surrender and Goujian brutally said, “Well, you do not expect me to kill you myself do you?” Fuchai took his sword and slit his own throat.

This long, drawn-out warfare between the two states and the eventual victory of Goujian is the perfect example of the pig biding its time until it can strike the tiger straight in the heart.

Another lesson in these tactics was Wang Yun’s deft manipulation of Dong Zhuo and Lu Bu during the Eastern Han Dynasty. The politician and warlord Dong Zhuo had seized control of the capital Luoyang, when the kingdom and its surrounding regions were at war. The Interior Minister, Wang Yun, was brewing a plot to overthrow Dong Zhuo and decided on taking a longer but more effective route. His weapon of choice was Dong’s own foster son, the military general Lu Bu.

Wang Yun used flattery to stroke Lu Bu’s ego, lowering himself to the level of a pig, exaggerating Lu’s military prowess and convincing him that there was no bigger hero under the sky. His attitude verged on nauseating, but Lu Bu ate it all up.

Wang then turned his attention to the warlord Dong Zhuo. He lavished praise on his victim, claiming that the heavens and the people loved him more than anything. Dong also succumbed to his piggish charms. In his distasteful disguise, Wang managed to twist both the warlord and his foster son around his finger. He convinced Dong to attack a neighbouring kingdom and when it failed, he changed face, flipped up his pork belly and criticised Dong for attacking in the first place – for betraying his people. With this failure, he manages to convince Lu to assassinate his own foster father. Wang finally gets what he wants: the pig wins again.