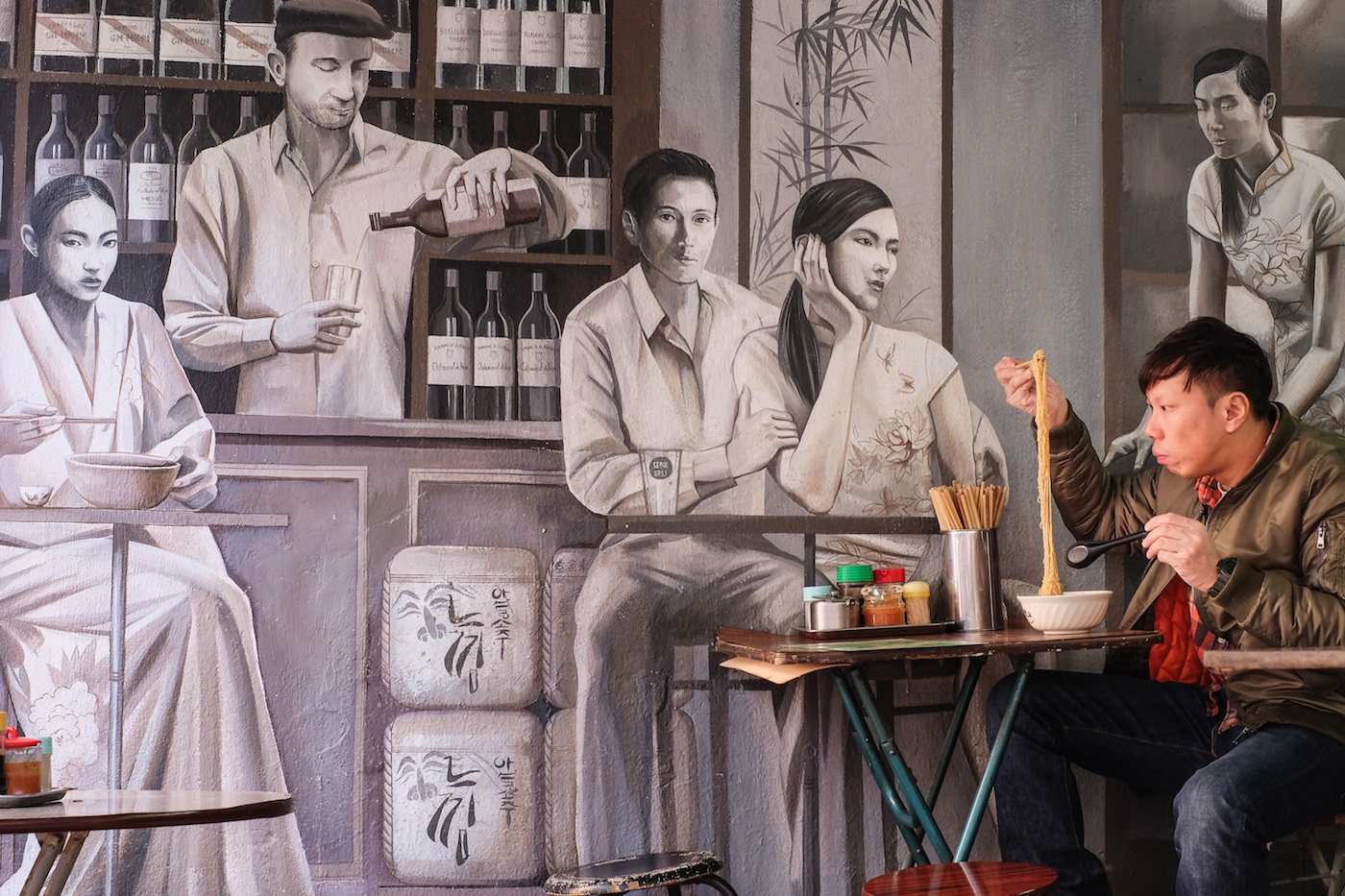 The holidays are almost upon us – along with their endless choice of indulgent treats from around the world. Dense and boozy Christmas puddings. Melt-in-your-mouth mince pies wit rich brandy butter. Gingerbread and butter stollen. Panettone and Pandoro. Bûche de Noël. Almond turròn. Not to mention the advent calendar, with its sweet countdown to the grand feast.

In Hong Kong, the food-obsessed city with an international palate, chances are you may be having a bit of all of these – with champagne. So what better Cantonese proverb to learn this month than ngaan5 fut3 tou5 zaak3 (眼闊肚窄) – literally “eyes wide, narrow stomach.” In other words, having eyes that are bigger than your stomach; biting off more than you can chew. For the gluttonous and for those who stand weak against the temptations of truffles, oysters and caviar, the Cantonese say, “Don’t let your eyes and greed overwhelm your stomach, for there is more to come.”

While there is no definitive origin to this proverb, most say that it is the Cantonese spin on the Mandarin yǎn chán dù bǎo (眼馋肚饱 ) which means “envious eyes, belly full” and has the same usage and significance. The first example of it being used was by the author Cao Xueqin in one of China’s so-called Four Great Classical Novels, Dream of the Red Chamber. During the Qing Dynasty, sometime in the mid 18th century, he wrote, “I went to Suzhou and back and should have already seen a bit of this world, but somehow still have a sense of ‘envious eyes, belly full.’”

A similar wording was first used in French in one of Michel de Montaigne’s essays, Of Cannibals, in 1580: “I’m afraid that our eyes are bigger than our stomachs, and that we have more curiosity than comprehension. We try to embrace everything but succeed only in grasping the wind.” This saying has now been adopted by many cultures as a way to describe the desire for something more than we can handle.

Leave it to the Hong Kong government to come up with a cartoon character to embody this lesson. In 2013, just before Christmas, the Food Wise Campaign invented the Big Waster Ghost (daai6 saai1 gwai2 大嘥鬼). A personified translation of the proverb itself, its huge wide eyes and elongated lower body are topped with a permanent white-toothed grin. A stuffed version of this light brown character now goes around schools to encourage kids to waste less food. It even stars in its own YouTube campaign, shaking its narrow booty to a catchy rap tune warning against over-ordering and buying too much. Whether the Big Waster Ghost managed to change consumption patterns is another question, but the campaign’s spokesperson did feel the need to remind us that the character is not a villain, just a “friend with bad habits.”

When someone offers you that extra slice of turkey this month, look down at your narrow belly with those greedy wide eyes and calculate carefully how you want to use up that precious space, because we wouldn’t want to be that friend with the bad habits. Certainly not when Santa’s around.

Ever wonder where some of the words we use everyday in Hong Kong lingo come from?   Full swing into the holiday season, it may be time to listen to the wisdom of this Cantonese proverb before stuffing yet another festive treat into your mouth.