Slow Hong Kong: A Journey by Ferry – by Way of a Monastery 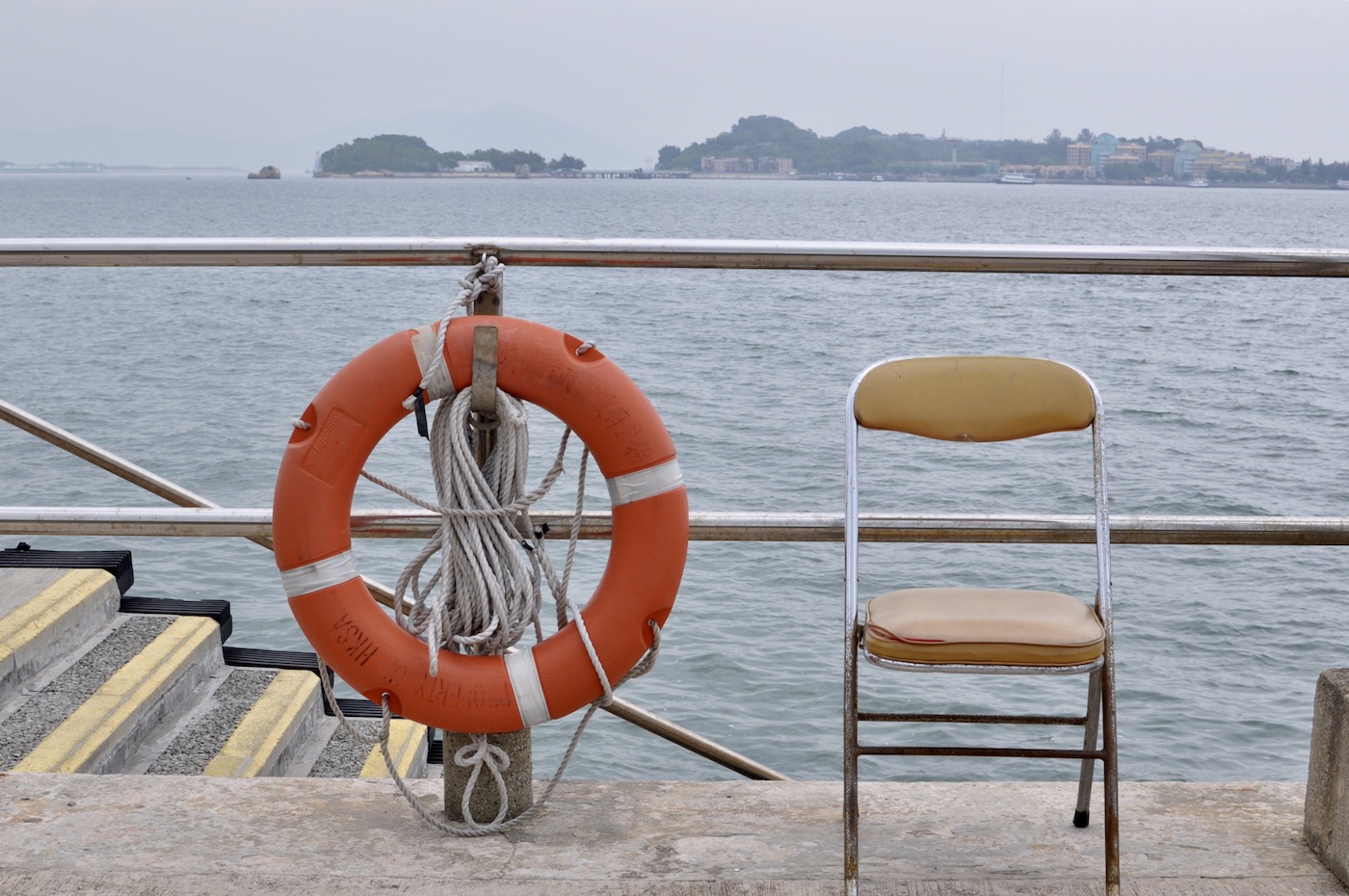 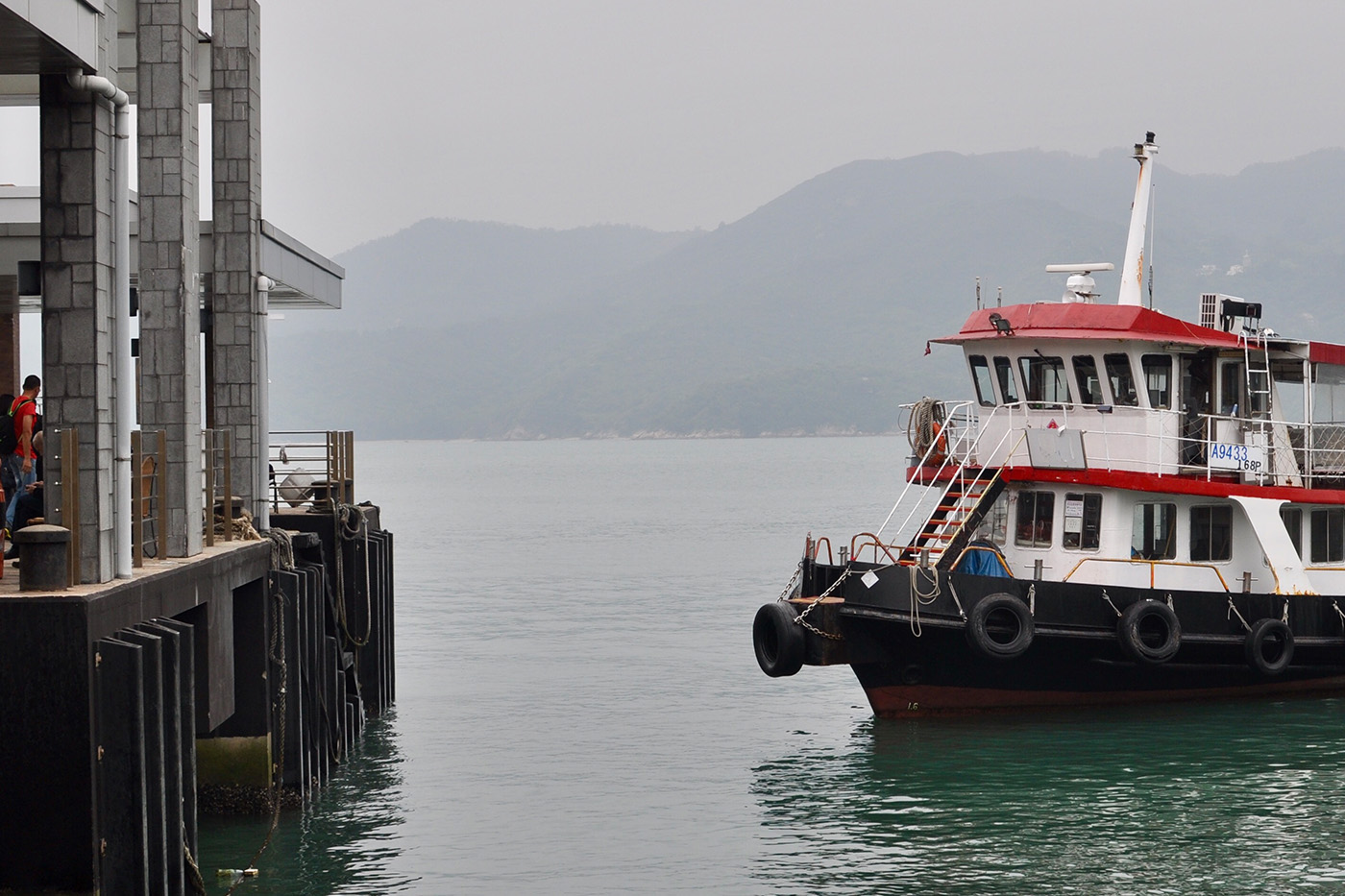 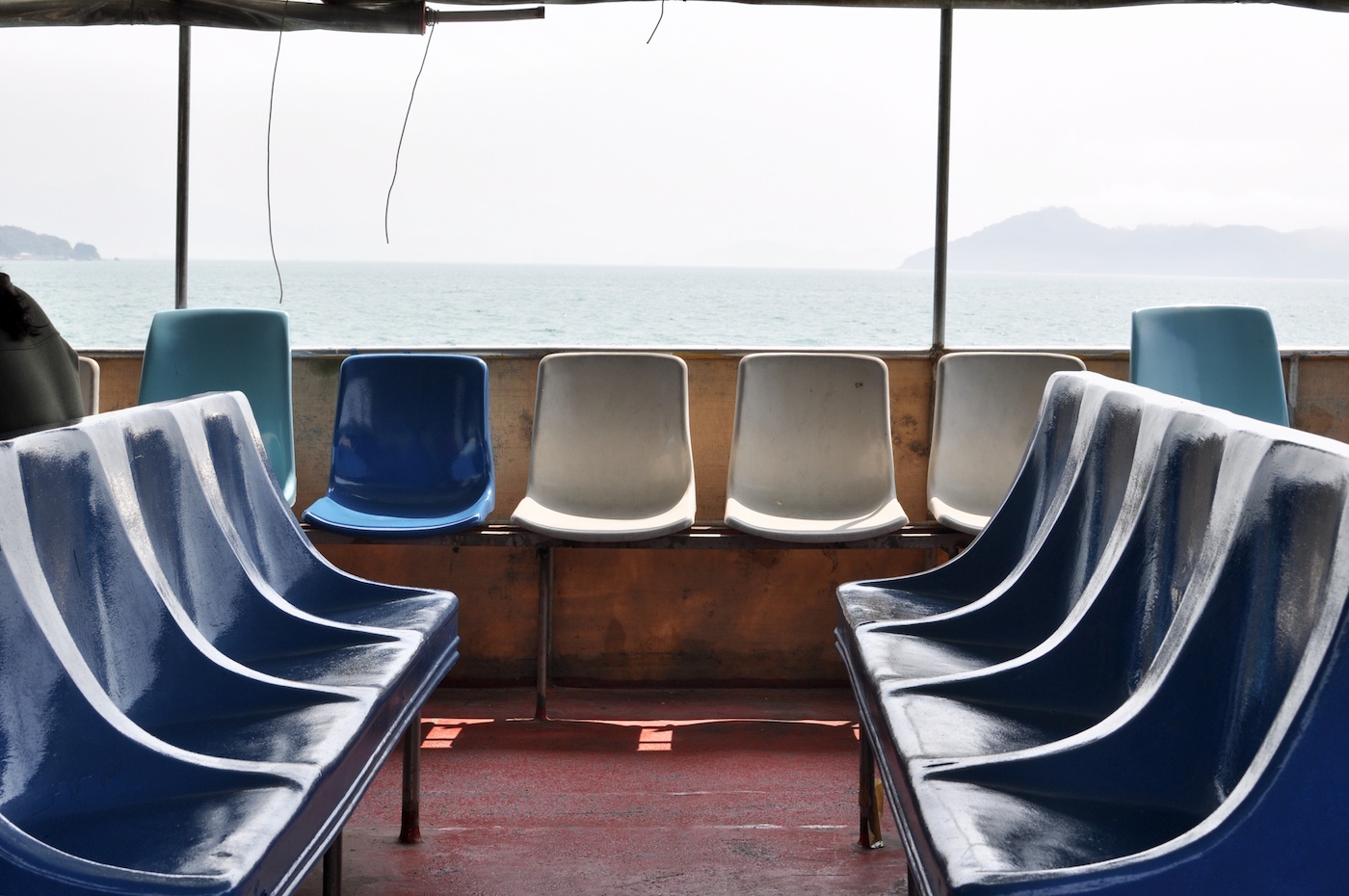 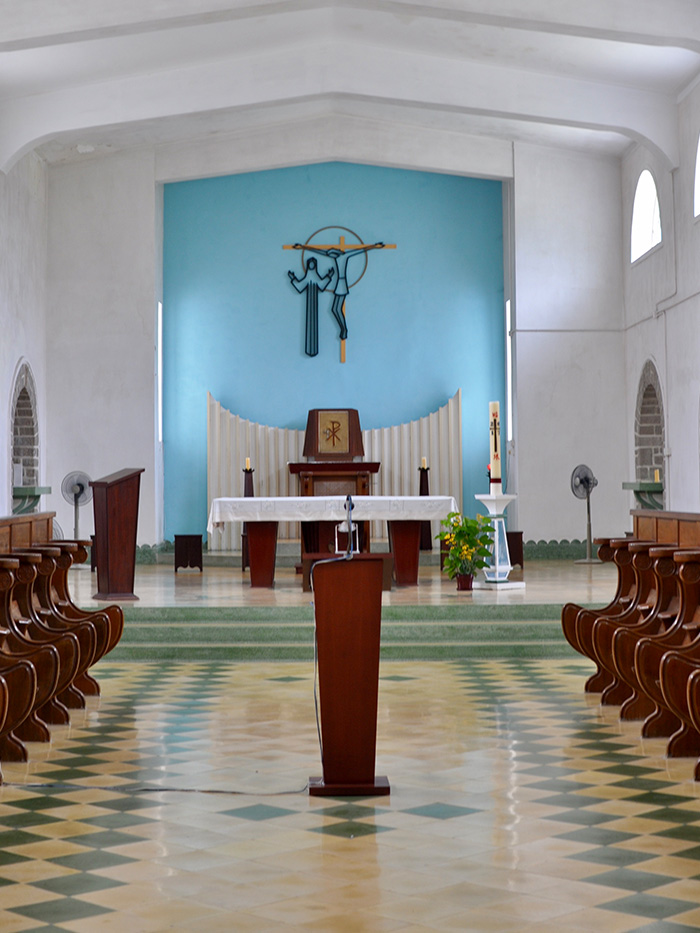 Hong Kong’s ferries connect points, islands and ports spread across the map like confetti. They link up destinations as diverse as Central, Cheung Chau and Lamma Island. And while the Central ferry piers represent the centre of the maritime nervous system, you can’t forget the more obscure ferry lines, which also travel between different islands and different ports.

I’m particularly fond of the ferry that connects the little island of Peng Chau with the residential development of Discovery Bay on Lantau; this charming journey is operated by Peng Chau Kai To Limited, which offers 20 journeys on 150-passenger boats every day between 6:30am and 10pm.

Leaving Peng Chau is done with a heavy heart. If I could, I’d certainly stay a bit longer on this human-scaled island, where local life revolves around the ferry to Central. Wet market, post office, library, Tin Hau Temple – everything essential is a stone’s throw from the pier. Elderly people perched on plastic chairs watch you from the corner of their eye, unless they decide to simply ignore you. You quickly get the sense that the island belongs to them as much as it does to the cats that wander calmly around it. They seem to enjoy a certain wisdom – the knowledge of what it is to live simply, without artifice, bearers of the good sense the rest of us have lost. 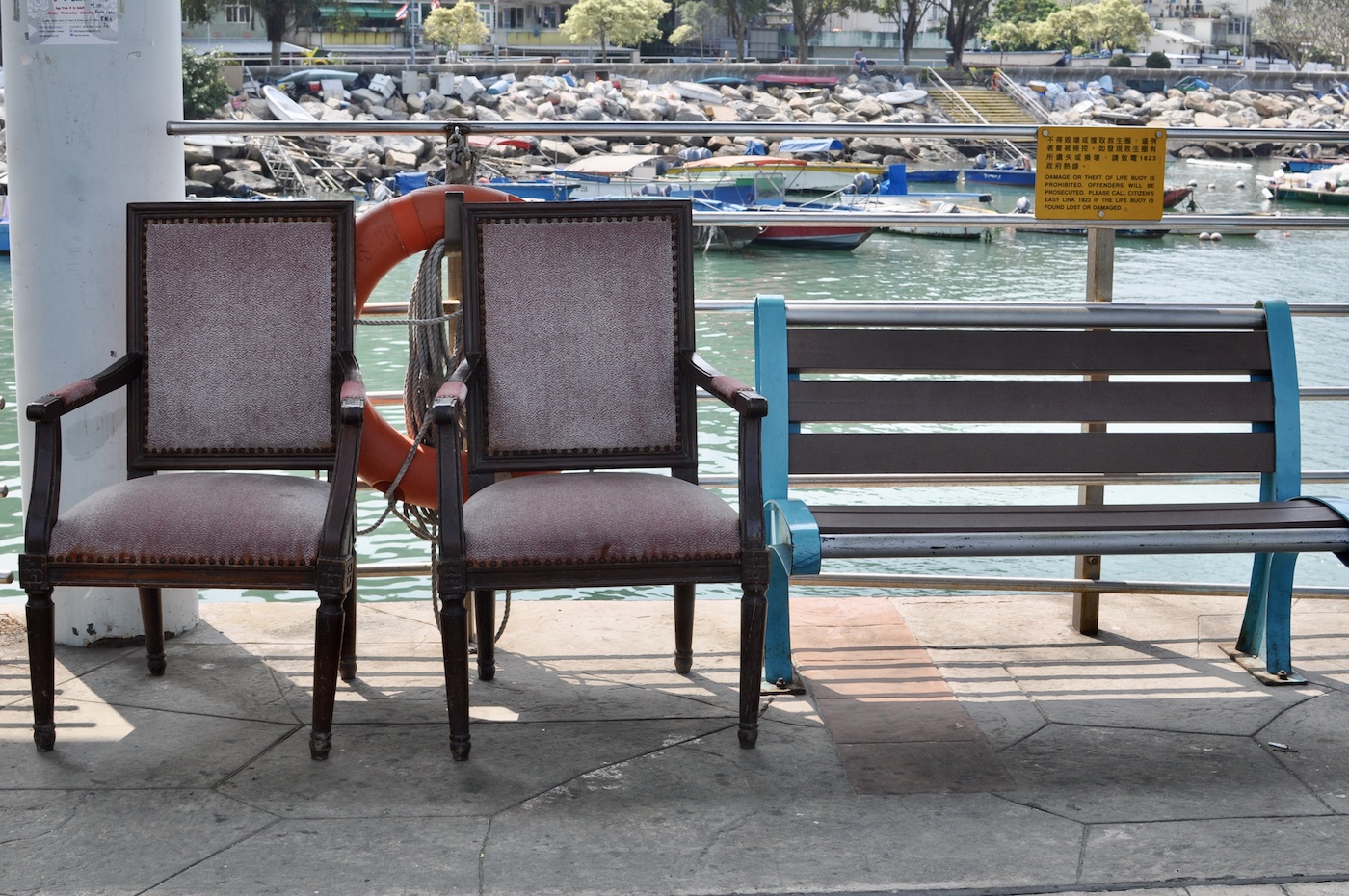 But there are always new destinations that beckon, waiting for us – such is life. In Hong Kong, those trips often begin by ferry. From the Peng Chau public pier, you’ll have the luxury of waiting on a pair of plush sofas, generously abandoned, surrounded by hundreds of bicycles. A few quiet fishermen blend into the backdrop, surrounded by multicoloured barges wisely moored to the pier. Suddenly, there’s a light flurry of activity: a little ferry with a black canopy approaches gradually from Discovery Bay, which is visible just across the water. The boat greets you with a red staircase attached to its prow. Instead of an Octopus card reader, we are helped aboard by a crew member who holds out his hand. A bit later, he makes his way between the rows of seat to collect the few coins that will pay the fare: HK$6.5 for an adult. During the week, there are not many passengers: a handful of lost tourists, some wandering retirees, and domestic helpers who do their shopping on Peng Chau, where prices are much lower than in upscale Discovery Bay.

Don’t bother looking for an air conditioned cabin. If it’s raining, you can find shelter on the lower deck, but the journey is much more charming upstairs. The floor is painted red, the blue seats faded by the sun, and the rain melds with spectacular scenery; the grey and blue shades of the sky and ocean change by the hour, by the season and by the weather, in a kind of harmony that soothes the soul of even the slickest of city dwellers. It makes each journey unique. Over to the side, the island of Hei Ling Chau catches your eye, inviting a future exploration.

Nine times a day, the 10-minute journey can be extended by half, thanks to a brief detour to Lantau’s Trappist monastery. That is what’s announced at a deserted pier, framed by greenery and two beaches. Few passengers seem to use it, but they should. To reach Our Lady of Joy — the name given to the monastery since 2000 — the road ascends, becoming a literal way of the cross as the 14 stops of the Passion of the Christ guide you to the monastery. If you’re lucky enough to arrive during a Divine Office, you can hear the religion chants sung by the handful of monks in residence, in a pretty white and blue chapel well suited to meditation. Outside, you’ll find rich greenery and a pleasant waterway that runs beneath a blue wooden bridge, all of which justifies the monastery’s original name: Trappist Haven. Built in 1955 to welcome a group of Cistercian monks fleeing Communist rule in China, it is best known for its brand of dairy products, Trappist Dairy, even if the advanced age of the monks has obligated them to move their formerly local production to China. 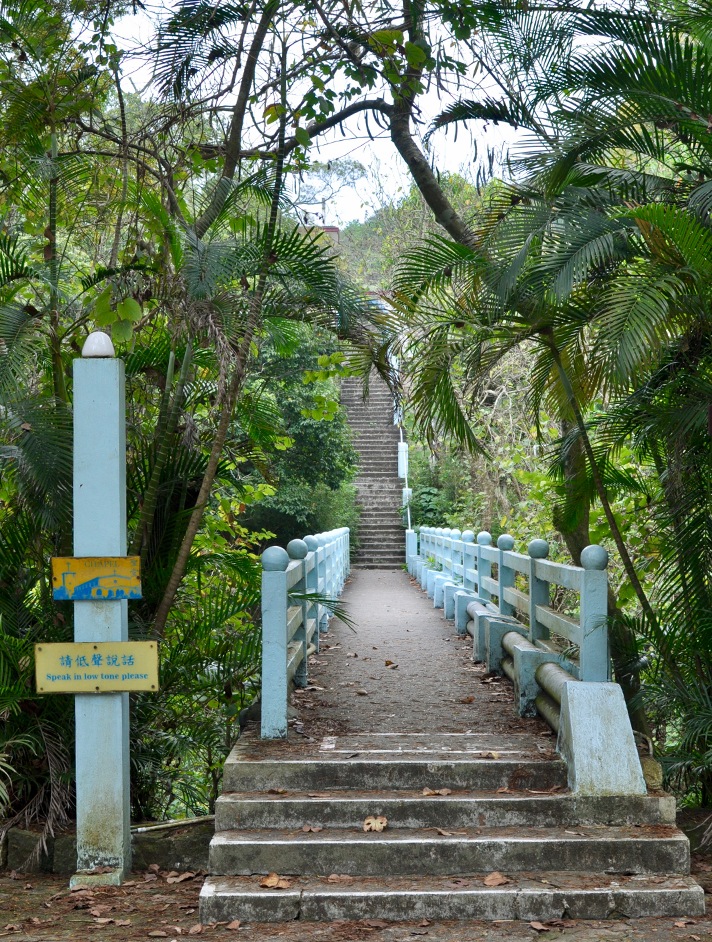 If you decide to renounce this miraculous detour, you’ll arrive in Discovery Bay just a few minutes later, at the Nim Shue Wan Kai  pier, hidden from the glittering ferries that will take you back to Central. Ten minutes is all that takes to walk to Discovery Bay Plaza, which offers a chance to readjust to the civilisation you never really missed.

Peng Chau recedes behind you. This journey, this escape – was it all a dream?


Slow Hong Kong: A Journey by Ferry – by Way of a Monastery