Unity Under a Full Moon: Mid-Autumn Reading for Children 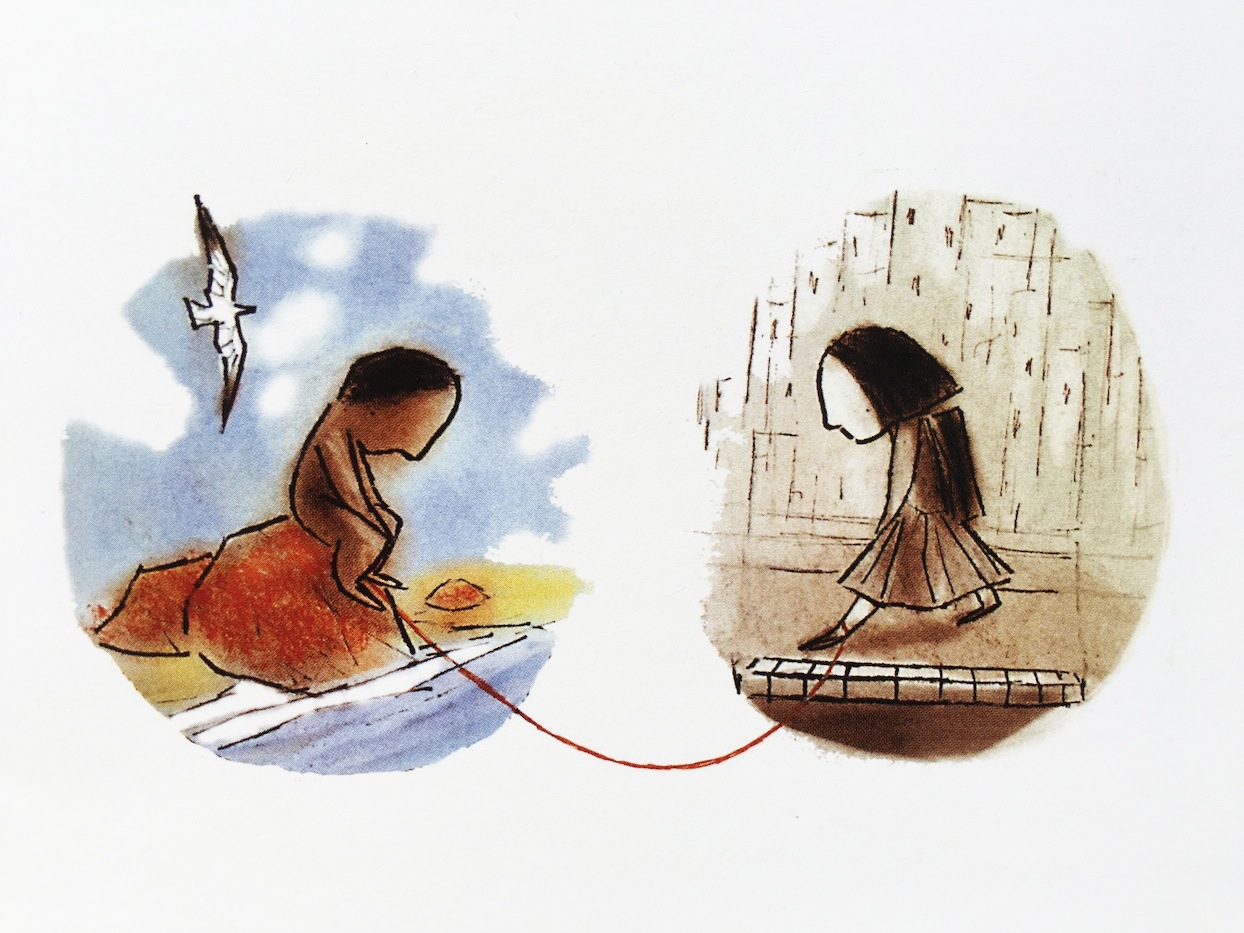 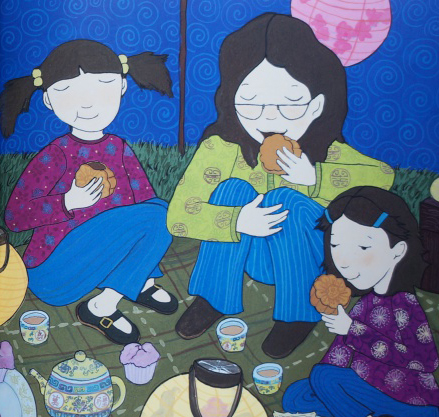 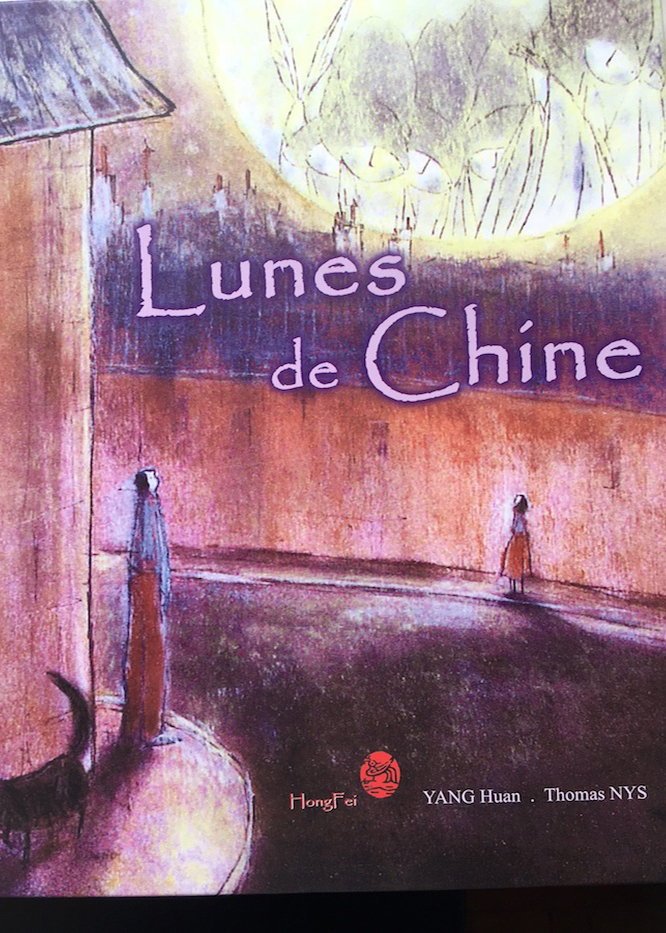 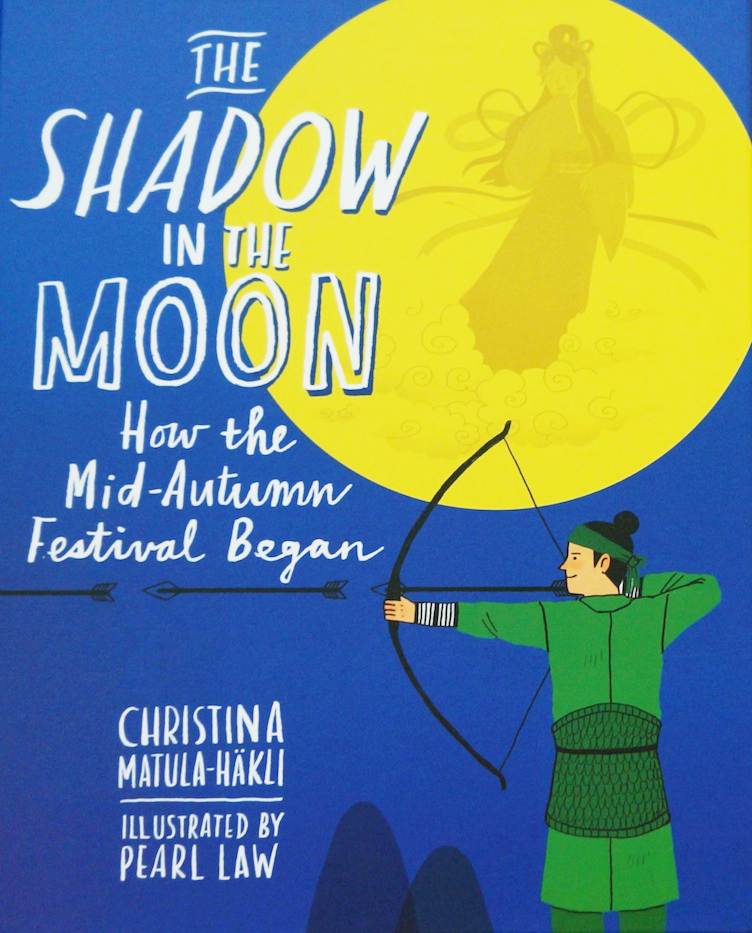 This week is Mid-Autumn Festival, the 15th day of the eighth month in the Chinese calendar, when the moon is full, basking the Earth in its pure white light. That evening, a beautiful woman is said to appear in a flowing dress – Chang’e, the Chinese goddess of the moon.

Legend has it that Chang’e made her way to the moon after drinking an elixir of immortality. This elixir was rewarded to her husband, Hou Yi, for his courage and bravery on defeating the nine suns that had ravaged the earth, yet he refused to drink it. When an envious man then tried to steal it, Chang’e decided to drink it rather than letting the elixir fall into the wrong hands. After finishing the last drop, she flew into the sky and onto the moon. When Hou Yi returned home and discovered the fate of his wife, he moved a table under the moon to offer food and gratitude for his wife’s bravery. Their story is one of courage, love, magic and sacrifice.

For children, this story is just one part of a truly magical time of the year. As they gaze upon the multitudes of bright and colourful lanterns, watch energetic dragon dances, gorge on soft mooncakes and eat moon-shaped fruits, it can be an eye-opening experience that allows them to fully appreciate time spent with family under the moon’s light. What can be harder to explain are the reasons for all of these traditions. Luckily, there are few books that can do it for you. 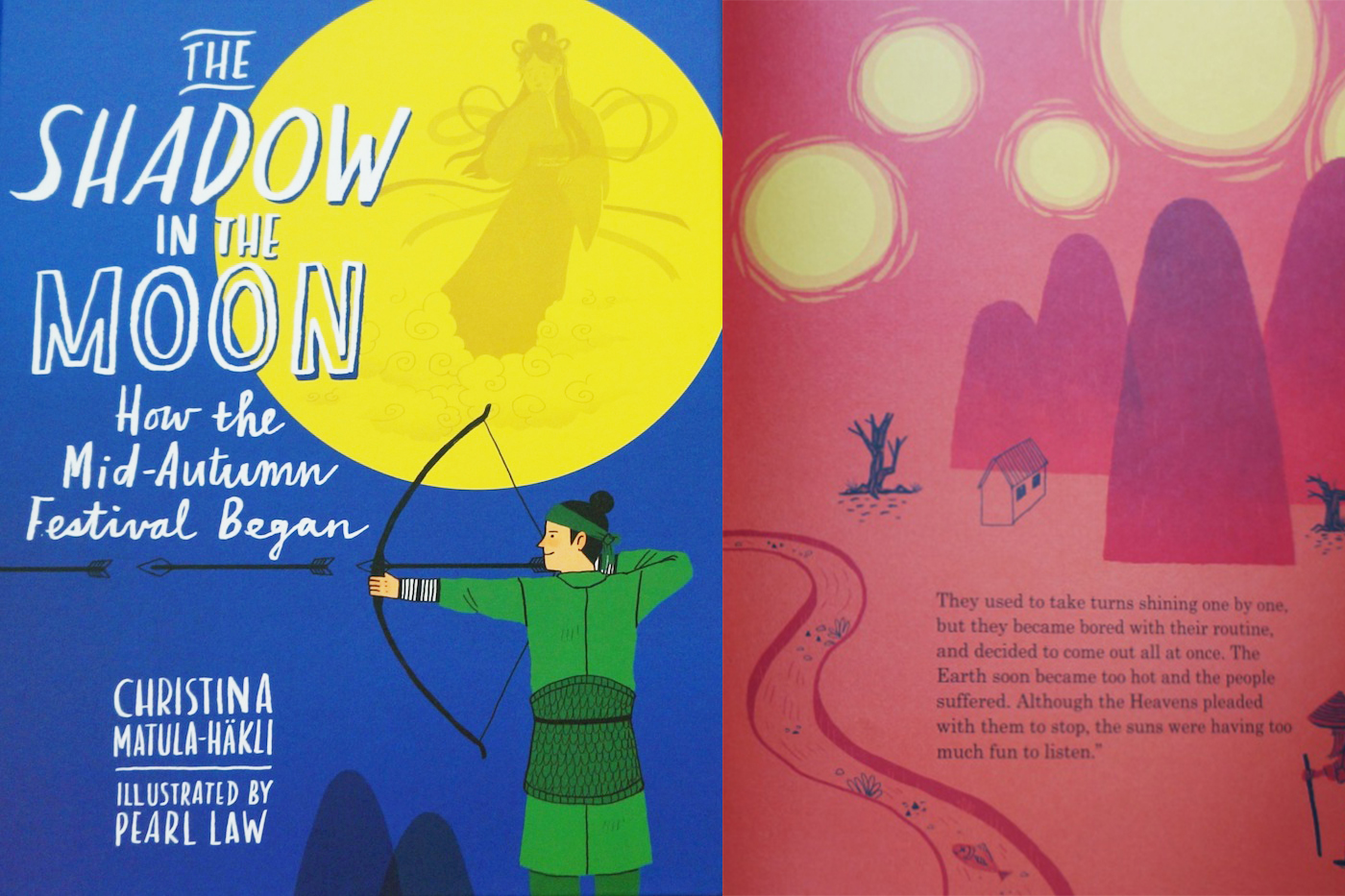 The Shadow in the Moon by Christina Matula-Häkli

Canadian-born Christina Matula-Häkli comes from a family with mixed background. Through her studies, she learned of the importance of legends and saw how they can be used to demonstrate the similarities between different cultures to children.

The Shadow in the Moon explains the origins of Mid-Autumn Festival in a simple and easy-to-understand way. The festival itself is not an abstract idea, as children learn to participate in the traditions with both family and school peers on an annual basis, so Matula-Häkli works to complement those teachings with more of an emphasis on the idea of culture to show how different people intertwine with one another all over the world.

“The festival is shared by a lot of different countries in different ways; I often explain it as a Chinese Thanksgiving,” she says. “There are so many kids from different nationalities, or who have mixed backgrounds, so not only is it good for them to know about the culture they’re in, but also to see the similarities in different cultures. We’re all interconnected and these legends are a way to really see that.”

The story is told through the eyes of a little girl dining with her family during the festival. Like most children, she’s inquisitive and she enquires into the lady pictured on the mooncake laid on the table. Children can picture themselves within the story as they follow the legend of Chang’e and Hou Yi. Bright and vivid illustrations by Pearl Law, whose work ranges from illustrations to typography, enhance the story further for younger readers. Available in both English and Chinese. My Hong Kong by Joanne O’Callaghan

Originally hailing from Australia, Joanne O’Callaghan decided to move to Hong Kong almost a decade ago after being charmed by the metropolis on a previous visit. When her child was born, she rediscovered the city through the eyes of a child. My Hong Kong conveys through a child-like innocence in discovering the immensity, culture and charm of Hong Kong.

To encourage adventure, there are playful rhymes and illustrations about easily recognisable landmarks around the city, from the Peak Tram and dim sum trolleys to the Tian Tan Buddha and the Star Ferry. Though not especially focused on the Mid-Autumn festival, My Hong Kong manages to capture a brief glimpse into the festivities that occur through a beautifully vibrant woodcut print of a traditional Chinese dragon and a rhyme that encapsulates an active imagining of traditions:

“Let’s hang our paper lanterns out
When autumn leaves are all about.
We’ll watch the dance the dragons do,
And eat our mooncakes, me and you.”

Both parents and children can rediscover the real-life wonders of Hong Kong through the pages of this book. Available in English only. 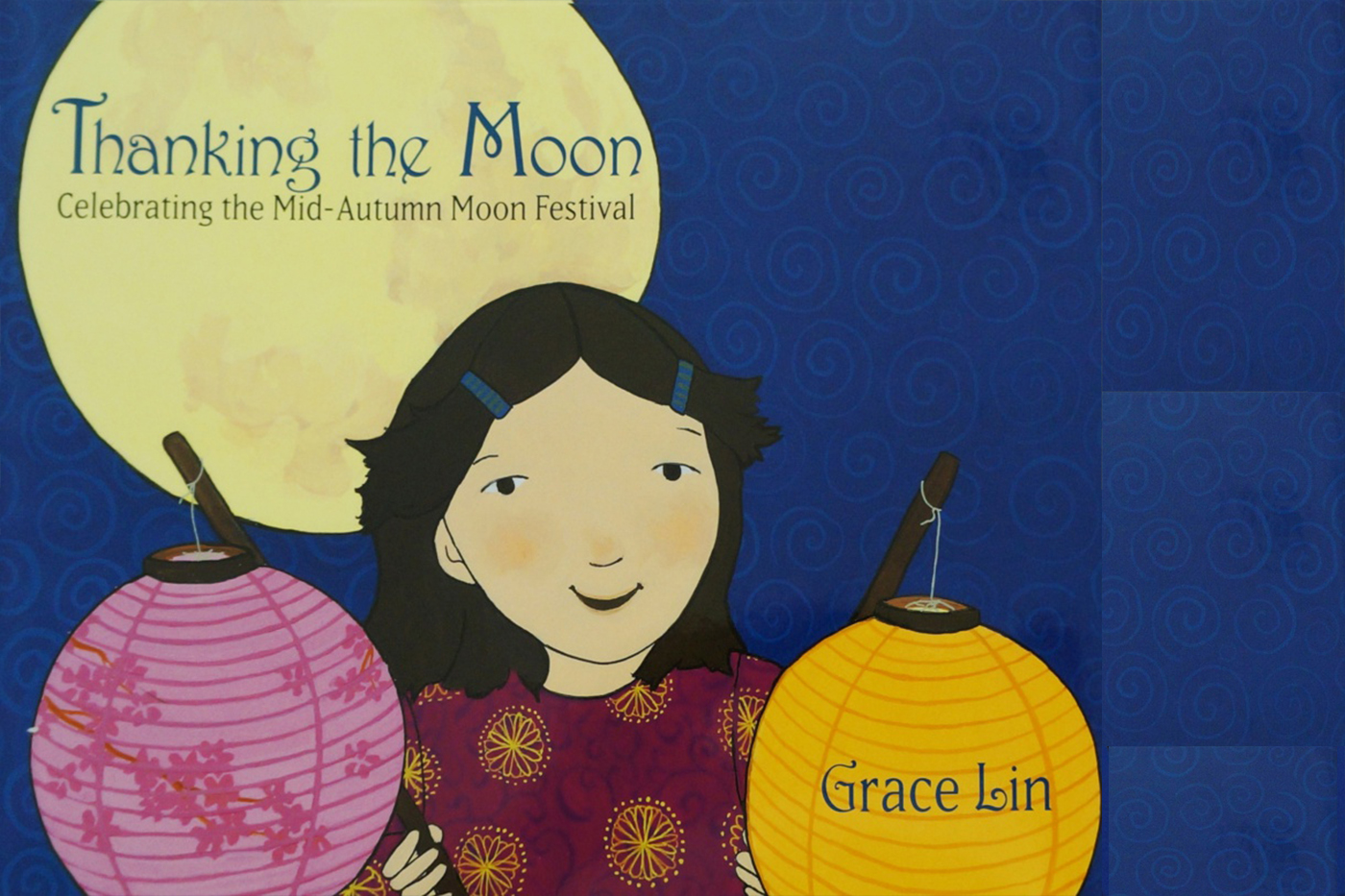 Thanking the Moon by Grace Lin

With endpapers featuring everything you’d expect to see during the Mid-Autumn Festival, to a beautiful double-page spread showing families celebrating together under the light of a full moon, Grace Lin’s Thanking the Moon focuses on the traditions that families take part in during the festival.

The book is based on Lin’s own experiences as a child of Taiwanese decent living overseas, and now with her own Chinese-American family. It follows a family as they set up their moon-honouring table, eat mooncakes, drink tea and feast on fruit during a nighttime picnic under a swirling sky. The symbolism of round objects throughout the book emphasises the idea of a harmonious event that unites not only family members but different people within a community. Available in English only.

Yu Tu Goes Down to Earth (玉兔下凡) by Xiong Liang

Written by Xiong Liang, a Chinese writer and illustrator from Beijing, Yu Tu Goes Down to Earth is a beautifully illustrated children’s book that focuses on a rather different aspect of the Mid-Autumn Festival. It is often said that, on the night of a full moon, a rabbit can be seen to accompany Chang’e. This rabbit’s duty is to continuously pound the elixir of immortality to sustain her new found existence as goddess of the moon.

Yu Tu Goes Down to Earth follows the story of Chang’e’s furry companion, Yu Tu (“rabbit” in Mandarin) who eagerly awaits the wishes of children each Mid-Autumn Festival. Although he waited patiently, the wishes never come – the children of the Earth have stopped believing in him. Finally, on the eve of Mid-Autumn Festival, one boy finally makes a wish for Yu Tu to be there with him. Overjoyed, the rabbit speeds down to Earth to visit the boy at his home and make his wish come true.

With such a heartfelt story, this book is one that will build the notion of hope in children, showing them how important it is to remain hopeful for any dreams they may have, for they may one day come true. Available in Chinese only. 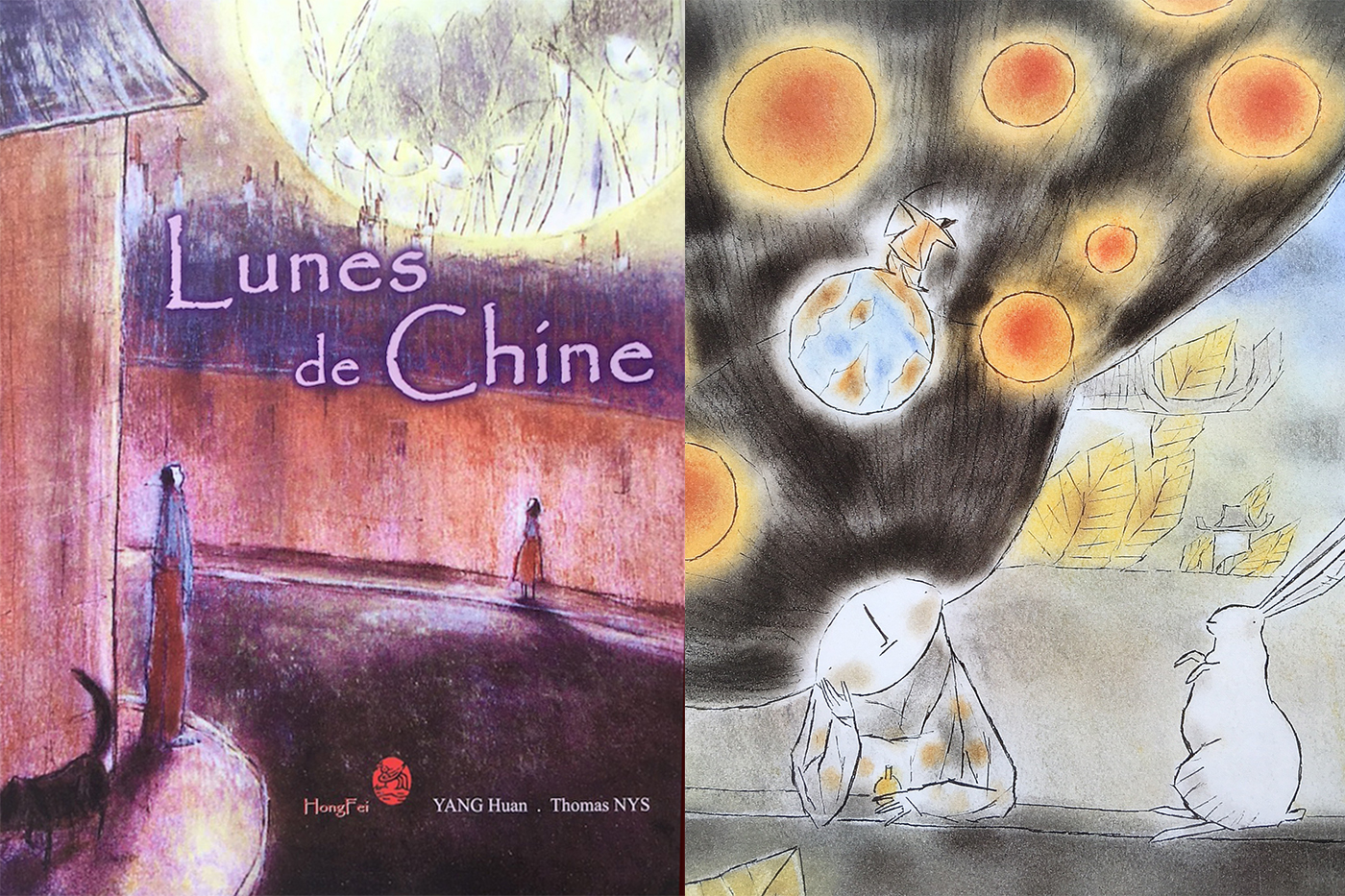 Literally translating to “Moon of China,” Lune de Chine is a compilation of Chinese myths and legends presented to young readers in a beautiful way. The author, Yang Huan, was considered to be a pioneer in Chinese literature; he devoted his life to poetry for adults and children. He made his work particularly vivid as he transcended his plight throughout poetry for children, and Lune de Chine is a great example of his creative imageries.

Lune de Chine focuses on depicting the wonders of human life, and how it can be so much more rewarding than that of the eternal one. Despite the uncertainties, anxieties and pain that it can bring, humans are able to experience the joys of life that are available to them as mortals, especially the fulfilment of love, something which the gods cannot experience.

Yuan Huan’s take on the beginnings of Mid-Autumn festival explores this theme through the character of Chang’e, who is depicted in a very different light to other versions of the story. Here, she is a vain and unscrupulous woman who betrayed her husband in order to gain immortality and who was ultimately condemned to long for her lost love, living out the rest of her immortal life in sadness and melancholy. Though dark in terms of moral character, Huan’s imagining of the story makes for a great lesson on appreciating life as much as possible, to not take loved ones for granted and to enjoy every second of their company – the most important lesson one can learn during Mid-Autumn. Available in French only


Unity Under a Full Moon: Mid-Autumn Reading for Children

Five books in English, Chinese and French teach kids about the meaning behind Mid-Autumn Festival.