Why a Canadian University is Fascinated by Hong Kong 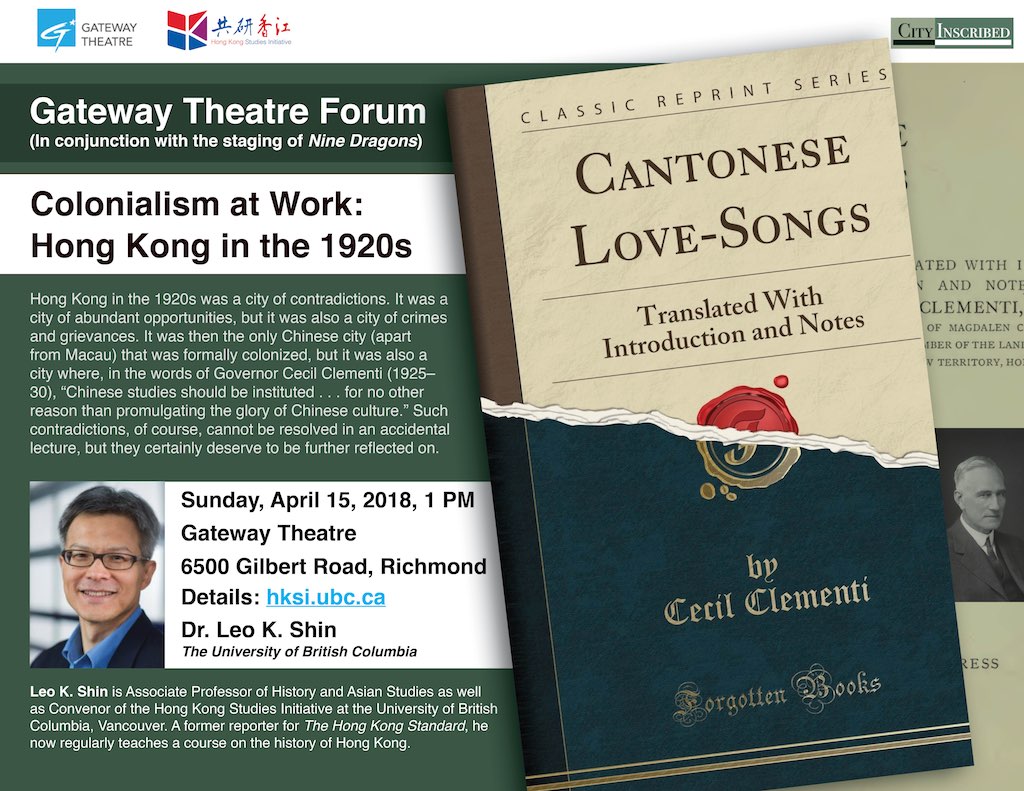 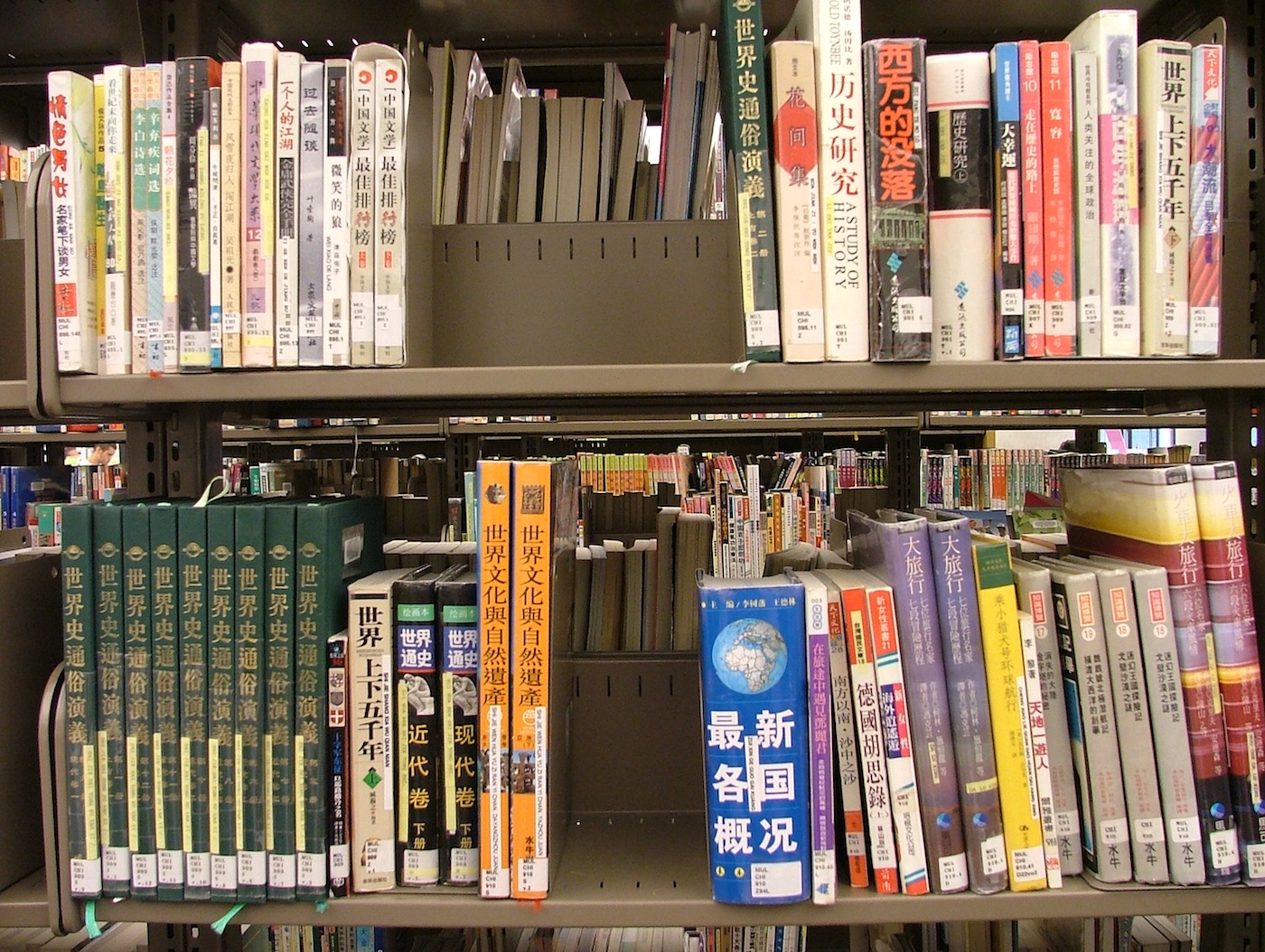 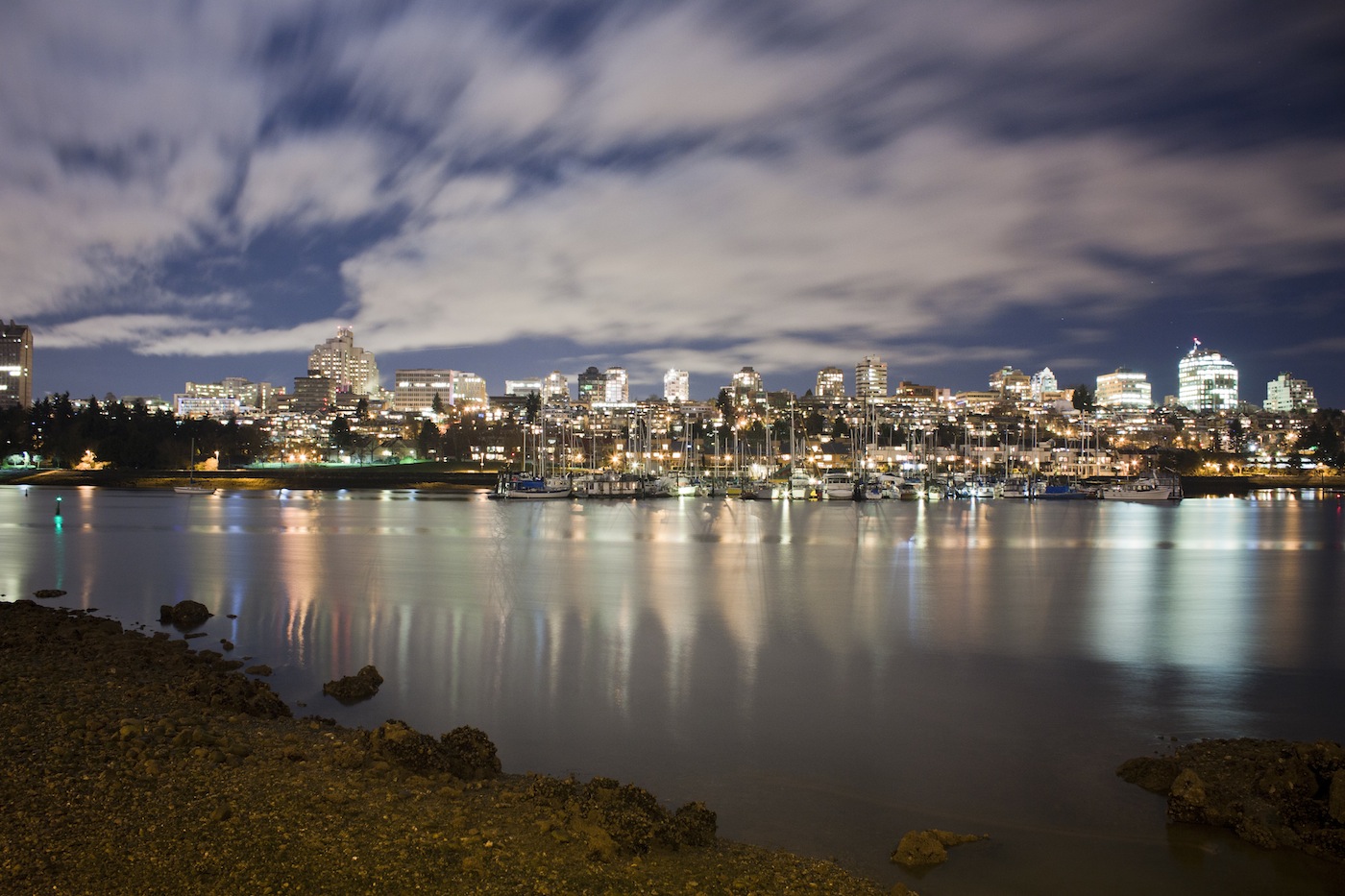 It started, as with so many things, during the Umbrella Movement. When thousands of Hongkongers from all walks of life took to the streets on September 28, 2014, Leo Shin found himself bombarded by media requests for comment. As a self-described “Kowloon kid” and an associate professor of Chinese history at the University of British Columbia (UBC) in Vancouver, he was well positioned to dissect what was happening in Hong Kong. At least, that’s what everyone thought.

“I realised I didn’t actually know that much about Hong Kong,” he says, sitting in an office with a glorious view of English Bay and the snow-capped mountains beyond. “I suspect that’s true for a lot of people. The Umbrella Movement exposed a lack of sensitivity to the nuances of Hong Kong.”

When you consider that Hong Kong has sat at the front lines of the most important historical phenomena of the past two centuries — imperialism, mass migration, post-colonialism, China’s re-ascent to power — it remains a remarkably unexamined place. Western media trot out tired old East-meets-West clichés, while China’s government views Hong Kong through the lens of its “century of humiliation” – a colonial possession triumphantly reunited with the motherland.

Hong Kong is much more complicated than either of those hackneyed assessments. That’s something the Umbrella Movement made clear, with its crosscurrents of political ambition, cultural change and creative expression. UBC was already in the process of setting up a new Cantonese language programme and Shin sensed the opportunity to do something even more significant. “Language cannot be studied by itself,” he says. “It has to do be done so in the context of culture, literature and history.”

That’s how the Hong Kong Studies Initiative was born. Launched in April 2017, it brings together scholarly research and a suite of language, literature and history courses, all aimed at exploring where Hong Kong has been – and where it is going. It’s one of only a few such initiatives that exist, and the only one outside Hong Kong itself. “If there’s any place in North America that has the momentum to do Hong Kong studies, it’s Vancouver,” says Shin.

Few cities outside Asia are as intimately connected to Hong Kong. Chinese immigration has bonded the two places together for well over a century; Hong Kong was the port through which thousands of migrants from the Taishan district of Guangdong travelled. But they became especially close after 1984, when the governments of Margaret Thatcher and Deng Xiaoping reached a formal agreement to hand Hong Kong back to China in 1997. Alarmed by the prospect of being ruled by the same Communist regime many of them had fled decades earlier, legions of Hongkongers packed their bags and immigrated overseas. Hundreds of thousands of them ended up in Canada. 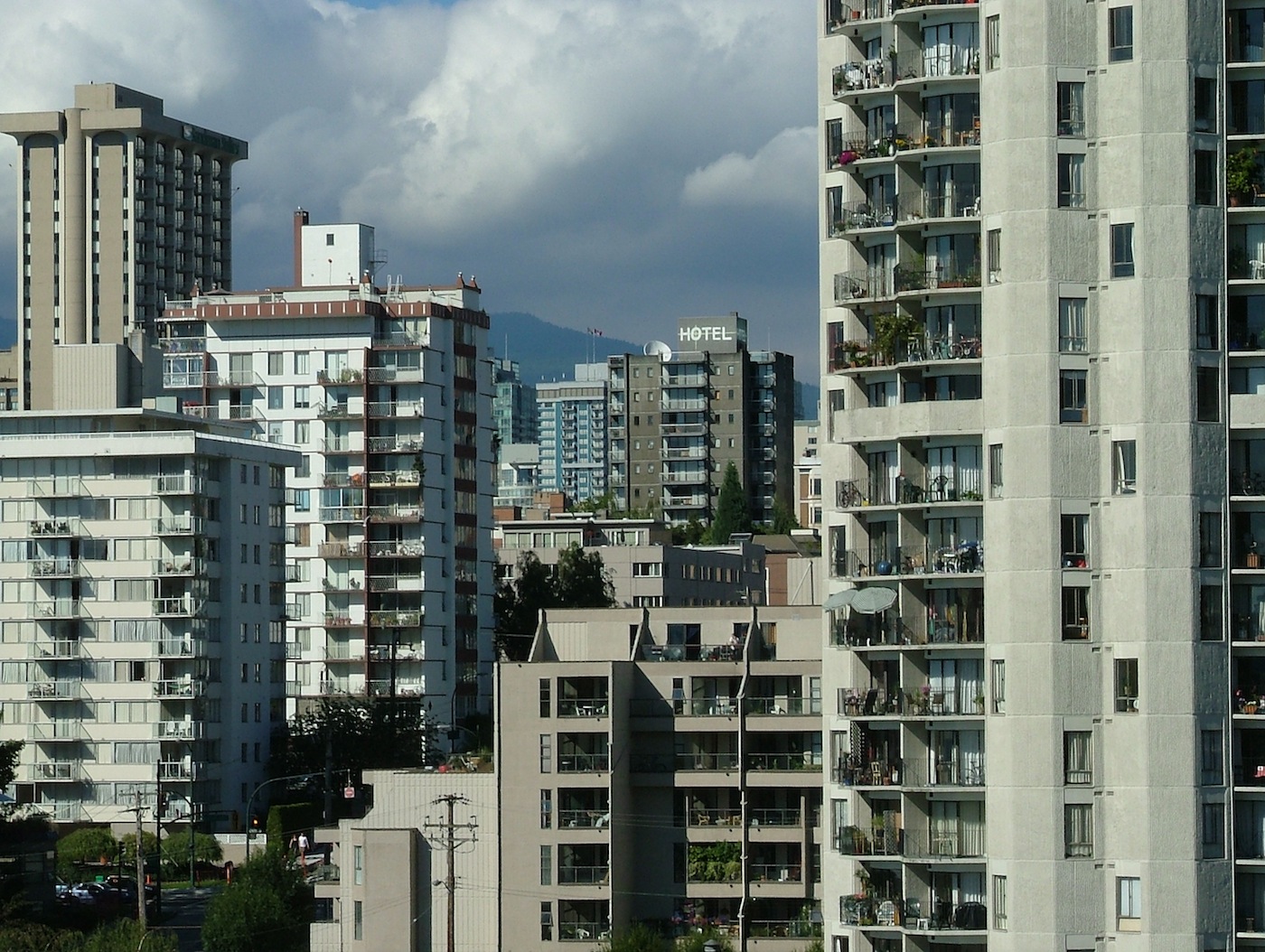 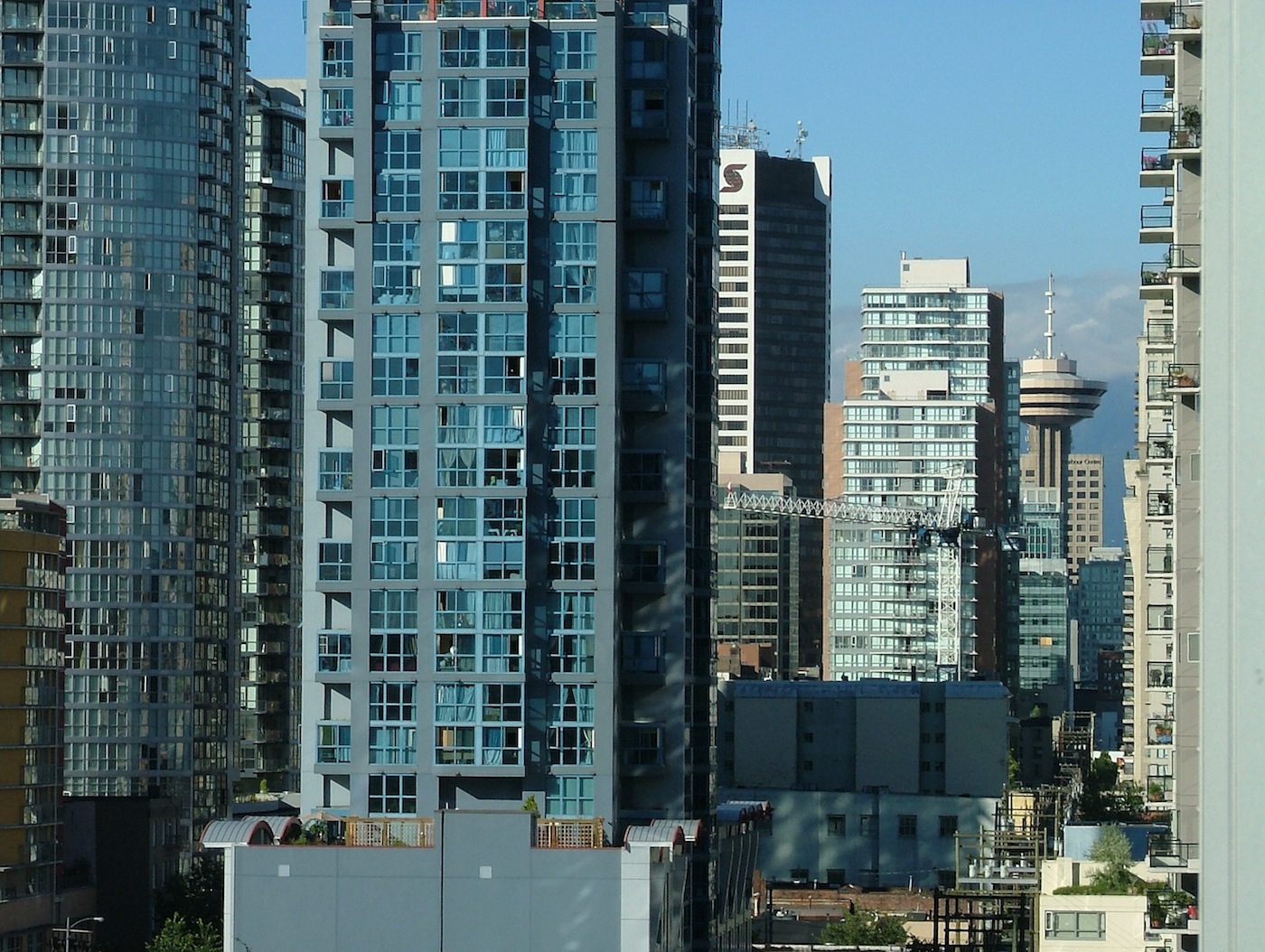 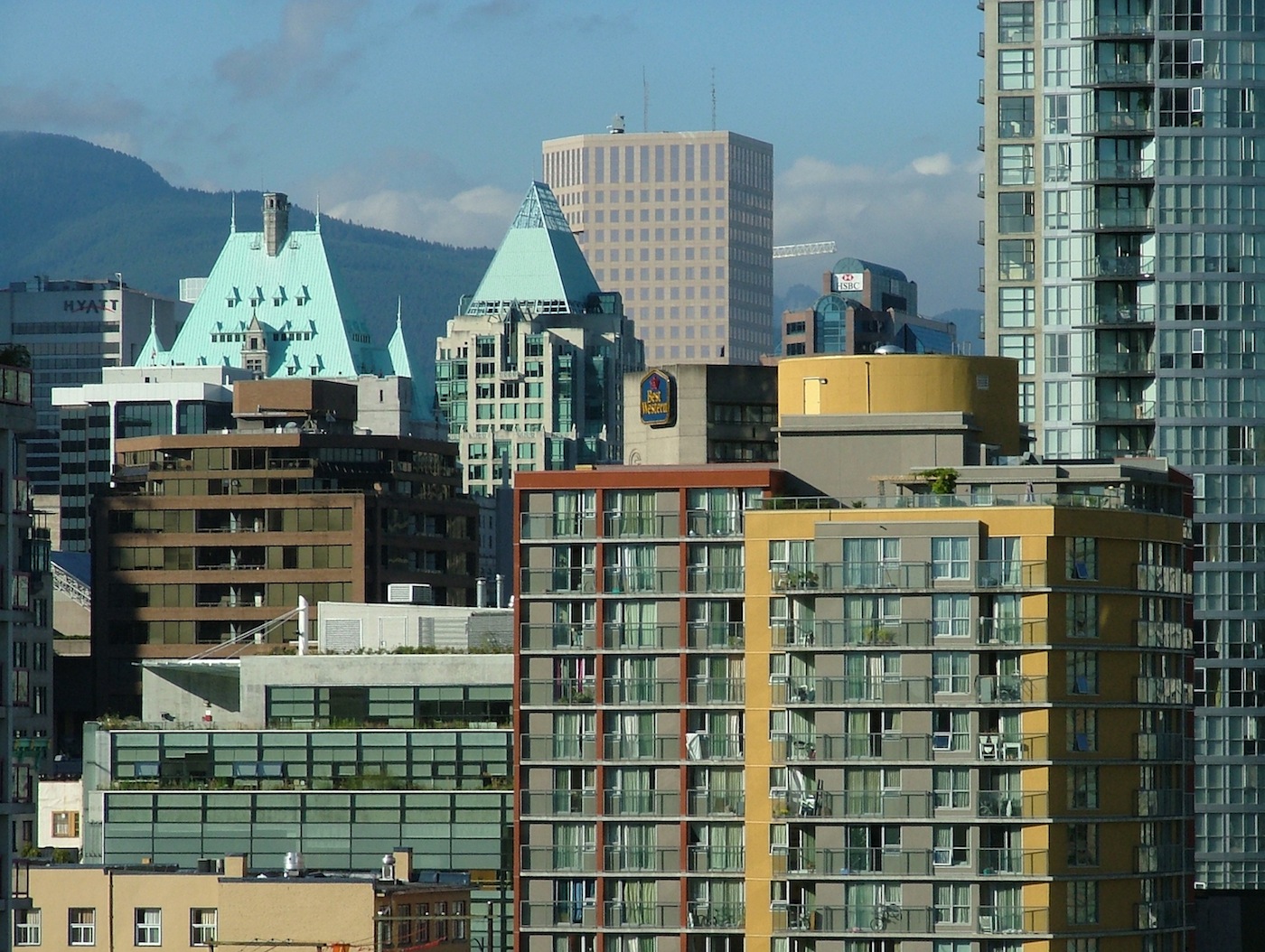 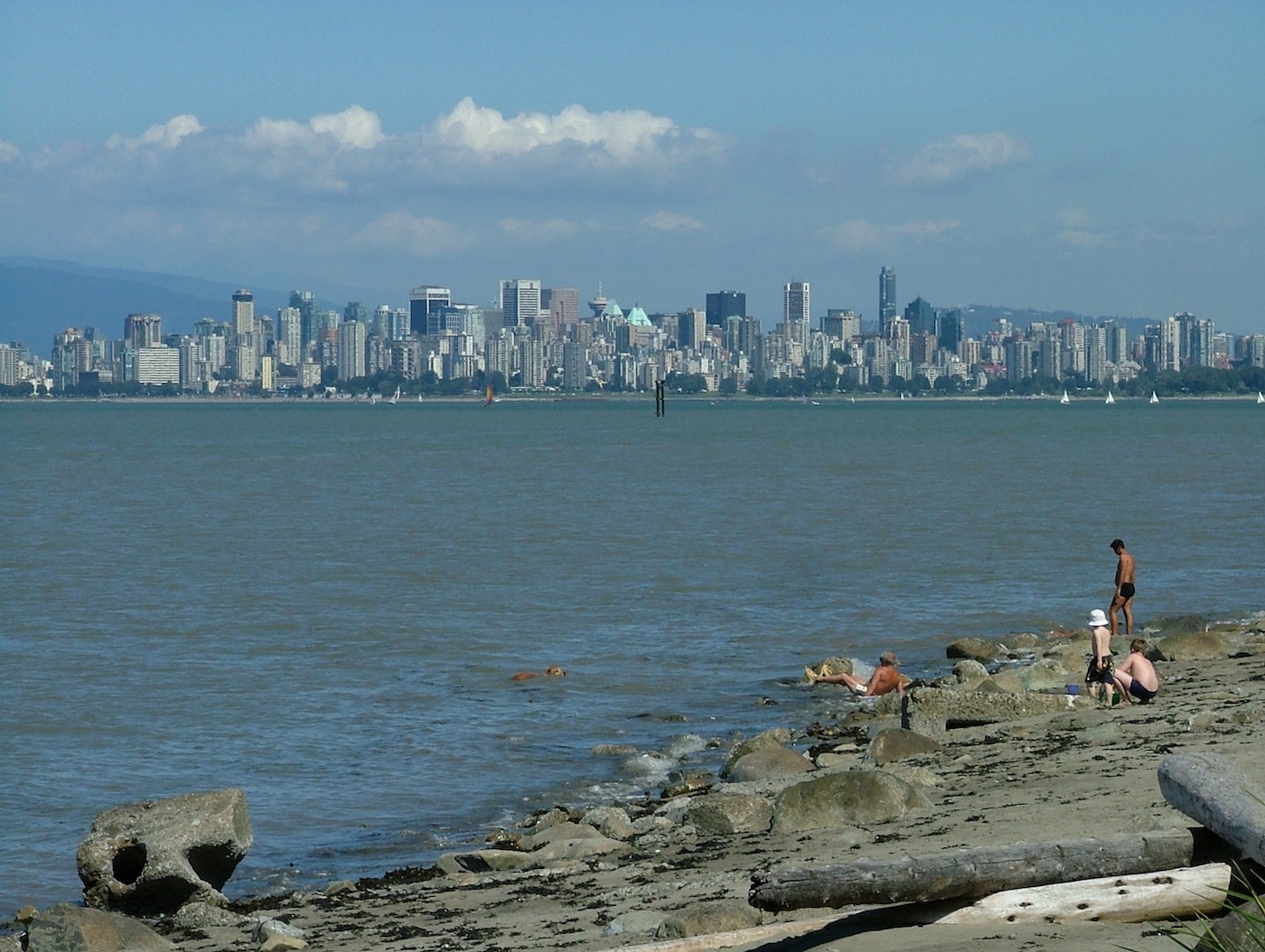 With a familiar landscape of mountains and sea, not to mention an agreeably mild climate, Vancouver was a particularly attractive destination. Large sections of the city were transformed as Hongkongers settled in comfortable neighbourhoods that had never before been home to many Chinese people; in fact, many areas, such as Shaughnessy and the British Properties, were historically off-limits to Chinese, a legacy of the virulent racism encountered by earlier generations of immigrants. Many prominent Hongkongers moved to Vancouver, including beloved pop star Leslie Cheung and the family of property mogul Li Ka-shing, who reshaped Vancouver’s skyline with high-rise apartment towers.

The change was enough for Vancouver to earn the somewhat derogatory nickname “Hongcouver.” Today, more than 20 percent of Greater Vancouver’s 2.5 million people claim Chinese ancestry, a figure that rises to 54 percent in the suburb of Richmond, where top-notch dim sum and perfectly roasted goose are as easy to find as in Kowloon.

In this context, Shin decided the Hong Kong Studies Initiative couldn’t be a strictly scholarly exercise. Over the past year, the initiative has hosted more than 20 public events. Last month, Dung Kai-cheung, author of Cantonese Love Stories and Atlas – The Archaeology of an Imaginary City, paid a visit to Vancouver, where he spoke to a UBC class about his book and then gave a talk in Cantonese at the Richmond public library. Shin says these public events are well attended. “They draw people who are very up to date – it’s just like they’re in Hong Kong, except they aren’t in Hong Kong.”

So far, the initiative includes courses on Hong Kong’s history, diaspora, cinema and literature. Next year, a course will explore “the history of Cantonese worlds” – Cantonese-speaking communities around the world that were strongly influenced by Hong Kong culture. It’s a wide-ranging and eclectic offering that reflects Shin’s own curiosity about his place of birth. “It’s to educate others but it’s also to educate myself,” he says.

His road to running the initiative took some surprising turns. Born in Hong Kong, he left the city as a teenager to finish high school in the United States. He studied chemistry at Princeton University, but one day, he sat in on a Chinese history class taught by the late Frederick Mote, one of the world’s most prominent Sinologists. He found himself fascinated by how studying Chinese history in English, from an outsider’s perspective, forced him to question some of his own preconceptions.

Shin finished his degree, returned to Hong Kong to work as a journalist at the Standard, and then returned to Princeton to complete a doctorate in Chinese history. His family immigrated to Toronto in 1989, and Shin ended up in Vancouver when he found a teaching job at Simon Fraser University. That eventually led him to his current position at UBC. 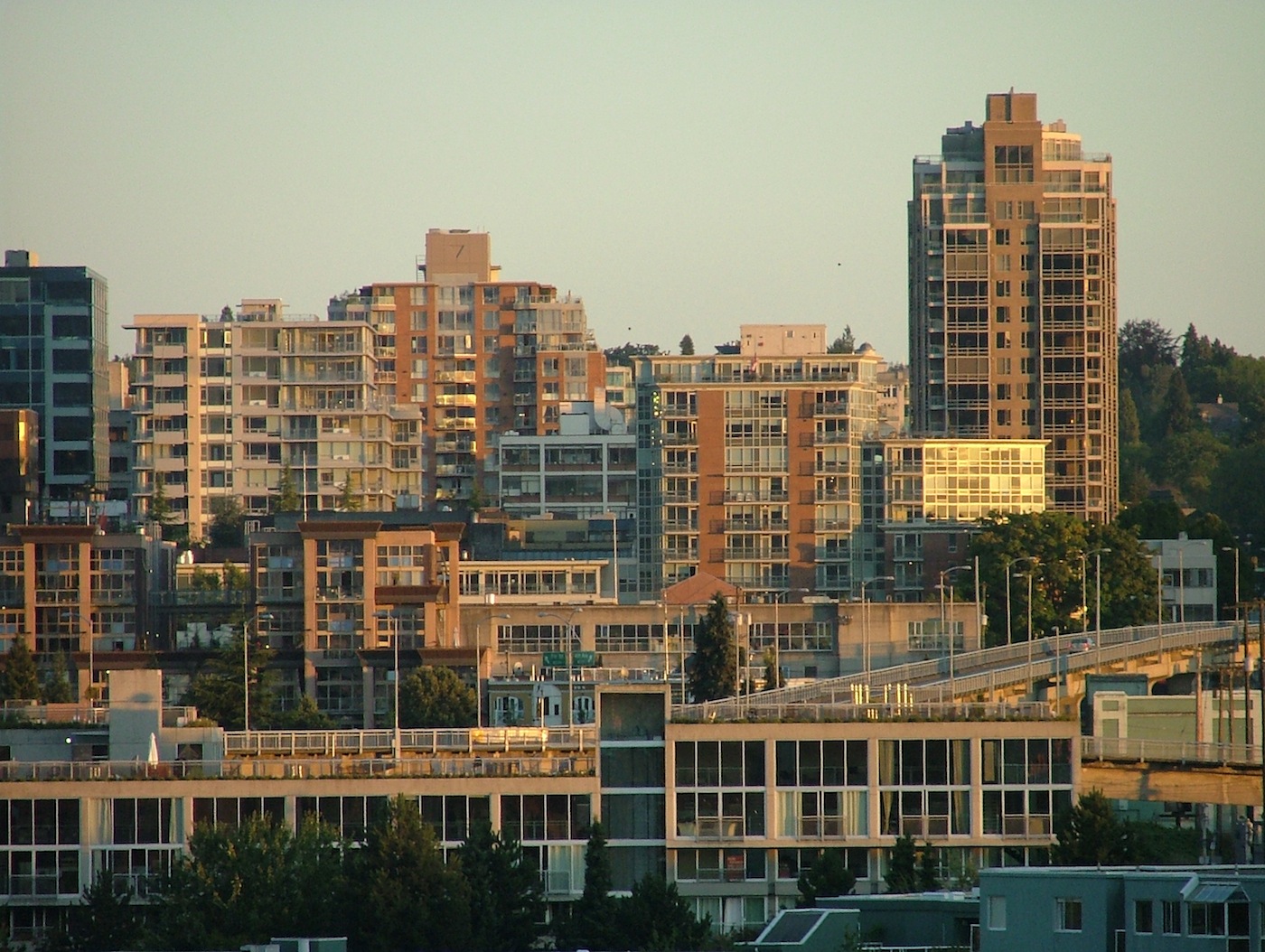 Raymond Pai’s arrival in Vancouver was more recent. He was recruited to run UBC’s Cantonese programme, which was launched in September 2015, thanks to a private donation from two Vancouver residents who wanted to see the university’s Chinese language offering expanded. Born in Hong Kong to Indonesian-Chinese parents, Pai grew up in a multilingual household. “My parents spoke Indonesian to each other, Mandarin to my older brother and Cantonese to me,” he says. His mother sometimes threw Hokkien to the mix too. “She has Fukkien heritage,” Pai explains.

After studying biology in Hong Kong, Pai went to Utah on exchange, where he was exposed to the world-renowned language programmes that are used to train young Mormons for their missions abroad. He ended up doing a master’s degree at another Utah university, Brigham Young, after which he moved to California to teach Mandarin. “But Cantonese is my native language, so I’ve always wanted to teach it,” he says.

When he came to Vancouver, he expected the UBC courses to draw many so-called “heritage speakers” – the descendants of Cantonese-speaking immigrants. And they did. But they also drew an unexpected cohort: Mandarin-speaking mainland Chinese students. “After the first year we noticed half the students had a Mandarin background,” he says. Cantonese pop music and Hong Kong movies still have a strong cultural cachet on the mainland. “It seems many Mandarin speakers want to learn Cantonese.”

After three years, the Cantonese language programme has grown from 60 students to 300, about two thirds of which are Mandarin speakers; most of the rest are heritage speakers. Pai sees this as a good sign for the future of the language, but he is still wary of its prospects. Although Cantonese remains Hong Kong’s main language, spoken by nearly 90 percent of the population, its influence in mainland China and overseas is on the wane, due partly to the decline of Hong Kong pop culture and partly to the Chinese government’s efforts to quash regional languages and dialects in favour of Mandarin. Even in Vancouver — “Hongcouver” — the most recent census shows the Chinese community split nearly evenly between Cantonese and Mandarin speakers. Cantonese may have nearly 70 million native speakers worldwide, but Pai warns that vigilance is needed. “Things can change quickly,” he says. That’s true in other ways, too. Ever since the Umbrella Movement and the rise of localist and pro-independence sentiment, anything related to Hong Kong has become a sensitive topic for Beijing. Academics in Hong Kong have reported feeling increasing pressure to avoid anything controversial. When University of Hong Kong law professor Benny Tai — one of the leaders of Occupy Central, which sparked the Umbrella Movement — spoke in hypothetical terms about Hong Kong independence at an event in Taiwan, he was rebuked by the Hong Kong government itself, raising concerns that there is less and less tolerance for freedom of speech.

If certain topics become taboo in Hong Kong, it’s up to overseas institutions like UBC to keep the discussion alive. “Intellectual enquiries have to be defended,” says Shin. “We are doing our part to understand, research and teach about Hong Kong in a critical and fair-minded way. There’s a squeezing of space in Hong Kong, and UBC can keep that space open.”

Hong Kong studies face hurdles beyond politics, too. “It’s still a field that is very underdeveloped,” says Shin. “People have been doing research – but they do things in a silo.” Scholars in different disciplines don’t communicate with each other, and in many cases, any study of Hong Kong is seen through the prism of China, which negates its distinctiveness.

That is beginning to change, thanks not only to the UBC initiative, but also to work being done at home in Hong Kong. Poet and academic ​Tammy Ho Lai-ming and her co-editors Michael O’Sullivan, Eddie Tay and Michael Tsang recently launched Hong Kong Studies, the world’s first peer-reviewed academic journal about Hong Kong. It tackles its subject in a similar way to the Hong Kong Studies Initiative, blending different disciplines together in an attempt to paint a fully shaded picture of Hong Kong.

“We are trying to recognise a historical fact – that there are Cantonese and Hong Kong cultural influences, not just in China and Hong Kong, but in Vancouver, Toronto and beyond,” says Shin. “It isn’t something you can wish away. Hong Kong culture is a fact.”

Leo Shin will speak about UBC’s Hong Kong Studies Initiative at Baptist University on May 5, 2018, as part of the Backreading Hong Kong symposium. Click here for more information.

Correction: An earlier version of this piece stated that Leo Shin had studied chemical engineering. In fact, it was chemistry. We apologise for the error.


Why a Canadian University is Fascinated by Hong Kong