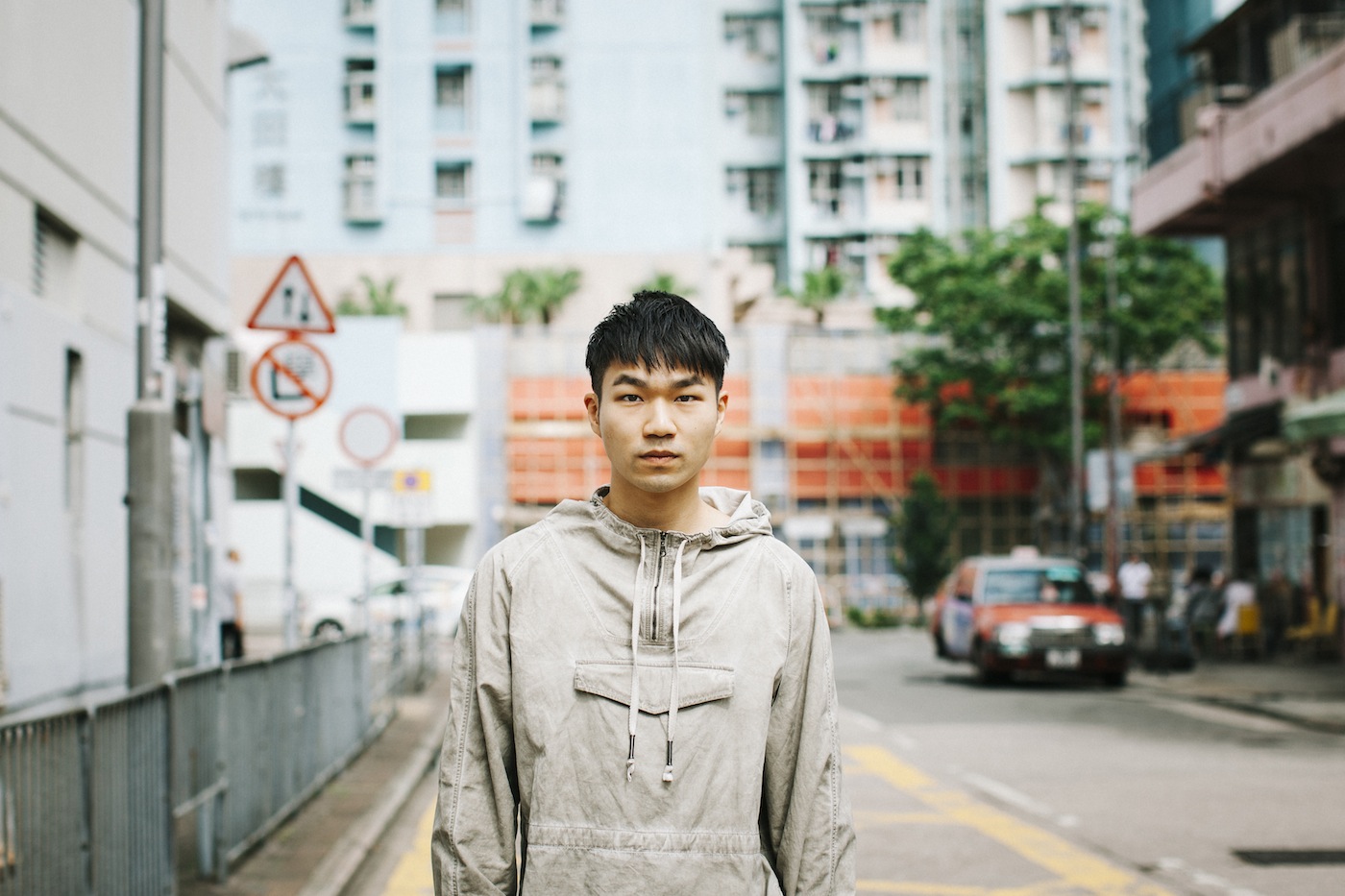 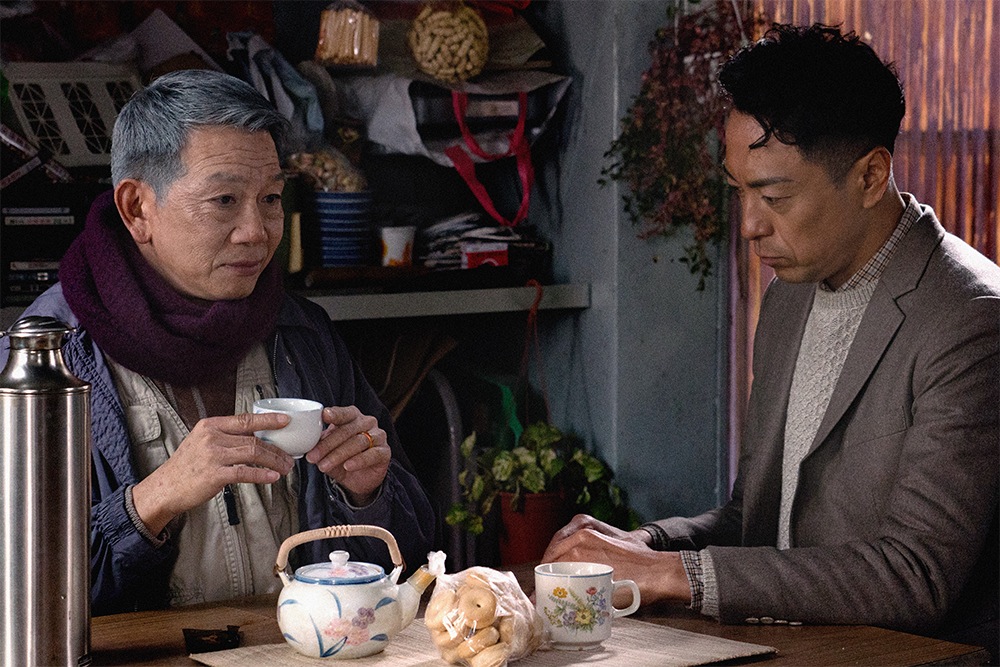 When actor-director Jun Li first arrives at the Heritage Tea House at the Jockey Club Creative Arts Centre in Shek Kip Mei, he is slightly retiring and ever so cautious with his words. He looks younger than his 27 years, and definitely younger than he did when he starred in Simon Chung’s I Miss You When I See You earlier this year. But he loosens up quickly.

Soft-spoken but firm, unapologetically politicised, he is also demonstrative and self-deprecating when it suits him, like when he jokes about his youthful appearance. “I played a character that was much older than myself in I Miss You,” he says. “I thought I’d be playing the younger part when I auditioned. But I didn’t shave that day and they had no idea how young I was. Same when I met [producer Shu Kei]. He didn’t realise it when we met and he wrongfully put his trust in me for Tracey,” he says with a laugh.

“I read the first draft and said ‘I’m in.” Jun Li – Photo by Viola Gaskell for Zolima CityMag

It’s probably nervous laughter. Li is busy promoting his first feature, Tracey, about a man in his 50s who finally admits to himself and others he is a transgender woman. Li burst on the scene by winning a pair of 11th Fresh Wave prizes for his short film Liu Yang He, which pivoted on a disabled Cultural Revolution-era sex worker and her tragically smitten client. (A suggestion the film is the polar opposite of Pretty Woman elicits a young, “I’m sorry, what?”). It also dealt with gender, sexuality and identity, which is what got Shu’s attention. “He’d approached several other young directors and many were not comfortable with the subject matter, or didn’t feel confident enough to handle the topic,” recalls Li of landing his first major gig. “I read the first draft and said ‘I’m in.’ I was 25 years old when I signed the contract and we shot in 19 days.”

He can make all the jokes he likes about his novice status, but Li directed supporting actor Ben Yuen to a prestigious Golden Horse Award in Taipei on November 17. Not bad for a beginner.

Born in London, Li grew up in Hong Kong, studied journalism and communications at Chinese University and immediately started working as a reporter in television news, discovering quickly it wasn’t for him. “I found the daily grind repetitive, and I didn’t expect that. I thought it would be exciting and fun and kind of like Nightcrawler,” he laughs, referring to the 2014 satire of local news. “But it was a lot of press conferences where we’d ask standard questions of officials and they would give us standard answers.”

He dropped out of reporting to do a master’s degree in gender studies at Cambridge, in part to broaden the knowledge base he felt he missed out on while studying the technical side of journalism; he was interested in the philosophical and theoretical side of communications. The other part of the equation was personal. “I’m interested in the topic partly due to my sexuality,” he states.

The next step towards filmmaking came while working as a research assistant to an HKU professor who Li says was very supportive of his side projects. “That’s when I started making short films,” he says. Liu Yang He and casting for Chung’s film came back-to-back in 2016, and Li was off to the races.

Tracey is undeniably a groundbreaker for Hong Kong cinema thanks to its mainstream storytelling and accessibility, which was entirely the point when Shu and co-producer Jacqueline Liu set out to make it. Li quips about how his friends have called it “educational,” but as Hong Kong’s first high-profile drama about trans people, it had to be. Li shocked the veteran Shu (whose 1997 A Queer Story was an early entry into LGBTQ cinema here) by making massive changes to the first draft (“I did what I thought I was supposed to”) but eventually the pair settled on a version that incorporated both perspectives. Unlike Shu’s Queer Story, Tracey doesn’t mince words. “Shu is more focused on the inequality of sexual minorities, and I tend to look at the shared position of all kinds of minorities,” says Li. “We see this family in that light.” The family at the heart of the film includes Tung Tai-hung, who eventually becomes Tracey, played by Philip Keung; his wife Anne (Kara Wai), and children Vincent and Brigitte (Ng Siu-hin and Jennifer Yu). Tai-hung’s world takes a dramatic turn when he receives a call about the death of a former classmate. An old friend’s husband, played by Taiwanese actor River Huang, arrives to lay the dead man to rest, clashing with Hong Kong’s “backwards” immigration policy and customs officers who want to “see what a homo’s ashes look like.”

Tai-hung also contends with his daughter’s philandering husband and Anne’s insistence on stomping all over their domestic helper’s privacy, inspired by a similar argument Li had with his own mother. Li’s vision of Tracey reached beyond being a story about a trans woman and incorporates ideas of fluidity and pansexuality that only a 27-year-old could. “We’re now on a spectrum of gender expression,” he explains of the film’s closing love scene between what could lazily be seen as a gay man and a straight woman. “What I wanted to convey was that transgender people feel desire, they long for other people, and want to be desired by someone else. I wanted to depict that part of transgender life. So many depictions of transgender people are about surgery, and the body. I wanted a scene that was just about two people who make love. I wanted gender identification to be less important than simple desire.” As a message movie, Tracey benefits from having the likes of Kara Wai, a popular character acter, express bigoted sentiments; it’s suitably discomfiting and challenging. Action star Philip Keung, known for his roles in Drug War, SPL2 and S Storm, was already on board when Li joined production, and his casting is likely to raise eyebrows; Li has already fielded questions about why such a masculine actor was given the role, something he brushes off as misguided. Li is not a huge fan of action films and he only recognised him from the triptych Trivisa, in which he played a loving father. “He wasn’t extremely masculine – in reality he was quite gentle, sensitive,” says Li. But why not cast a transgender actor for the part, particularly at a time when representation is on everyone’s mind? Li is succinct. “I wouldn’t try.”

Li lays the problem of poor LGBTQ representation in Hong Kong’s acting work at the feet of decision-makers who have not made opportunities available. But he veers away from demanding who can, or should, play what. “As a gay actor myself I’m totally aware I play gay roles a lot more than straight roles. I don’t get as many opportunities for straight roles as my peers do. We rely on the roles we’re given. Trans actors rely on trans roles because that’s the only thing producers give them. But actors — gay, straight, trans, cis — should be given the opportunity to play anything, and not limit themselves. I can’t speak for trans actors, but as a gay actor I won’t be happy playing gay all the time.” He pauses for a second considering his words. “To attack straight actors – I don’t think is productive to our movement. They can be allies and in attacking each other we stop moving forward.”

Li hopes his next film will be about how Sham Shui Po’s makeshift homeless community was subjected to eviction and property seizures by the Food and Environmental Hygiene Department (FEHD) in 2012. Like Tracey, he expects it will be plot-driven and appealing to mass audiences in order to get the message across. But that leaves little room for more personal independent filmmaking.

Li has been fortunate: his first feature experience was a well-funded, major studio production (One Cool Film) with movie stars. There was no scrambling for funding or worrying about mainland markets. “I kind of missed that part of my career,” he says, admitting that yes, after the Sham Shui Po film he may try his hand at indie filmmaking. “I’ve been fortunate. I’ve always liked films, but I never expected to be here, now.” Going forward, it will be about balancing unconventional stories with broadly palatable production in the vein of Guillermo del Toro’s The Shape of Water.

But don’t expect Li to be a Hong Kong version of del Toro. He’s more radical than that. “If I could model my career on anybody it would be Spike Lee. I’d love to be as daring as him.”

All photos are courtesy of One Cool Film Production.

In his feature-length debut, Jun Li aims to bring a different brand of political filmmaking to Hong Kong.