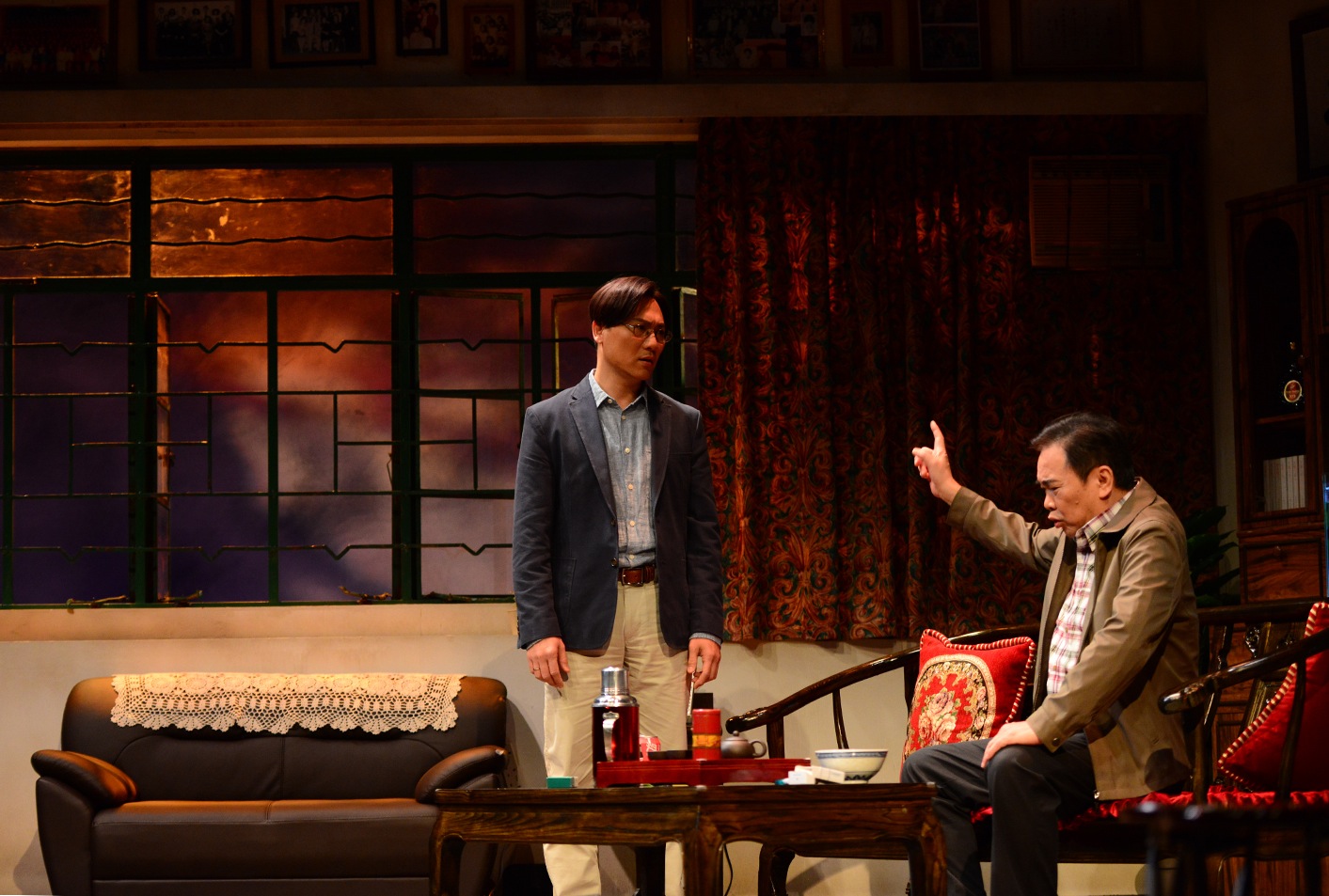 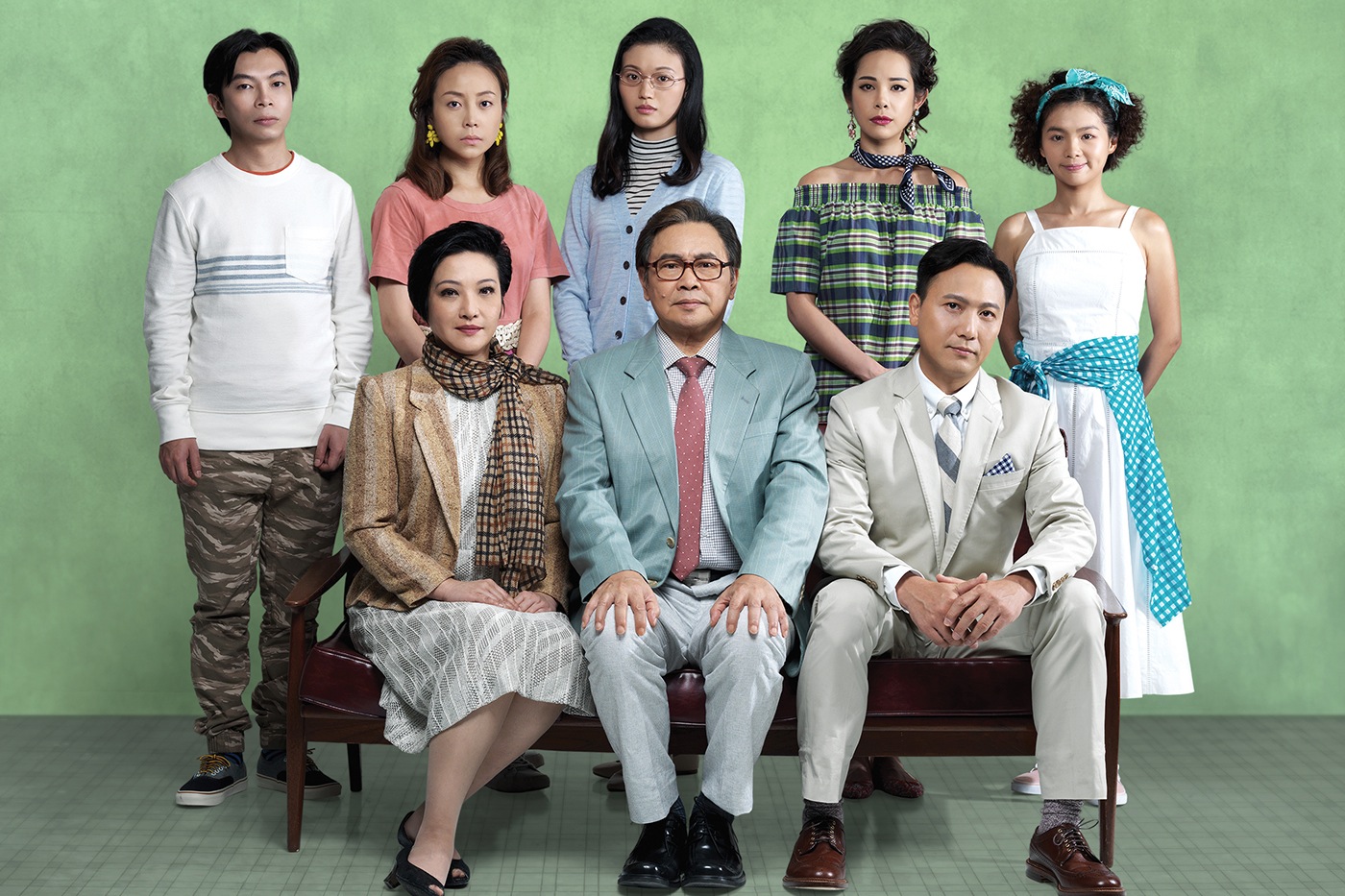 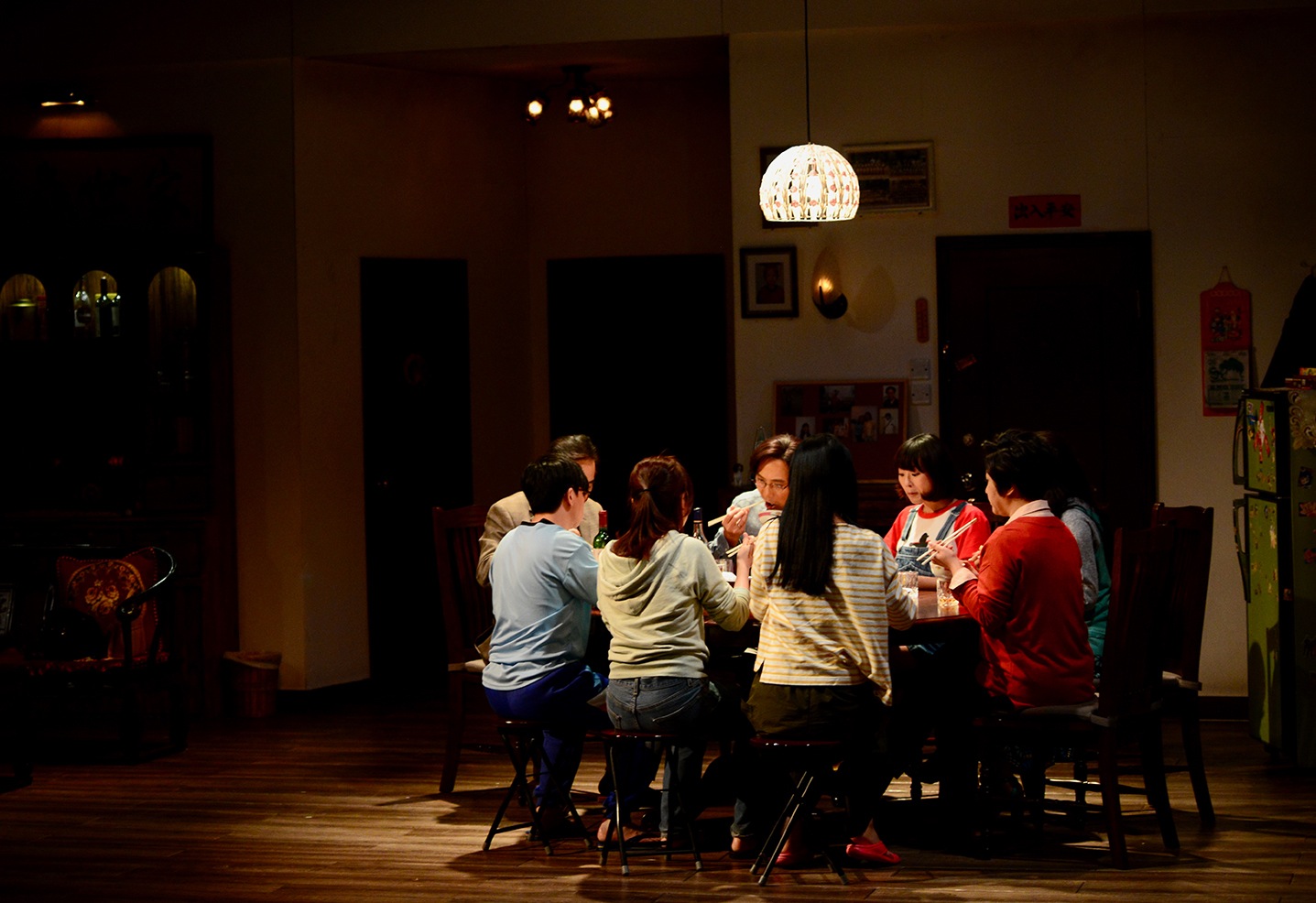 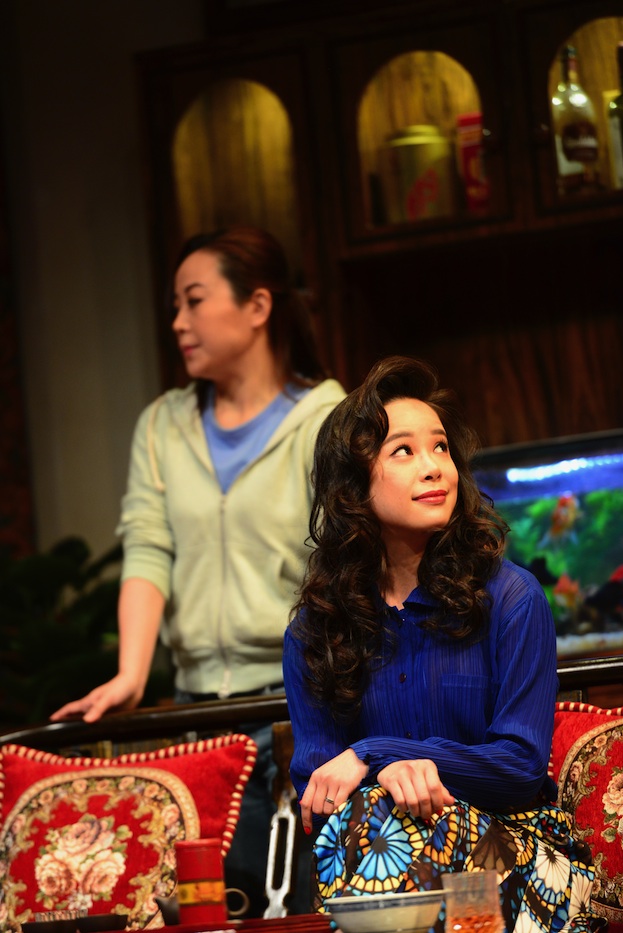 It wasn’t hard for award-winning playwright Loong Man-hong to pick the three eras featured in his new trilogy A Floating Family. The events — Hong Kong’s handover to China, SARS, and this year’s 20th anniversary of the handover — flash as bright as Wan Chai’s blinking neon signs. They’d be hard to ignore.

Each of the three plays was conceived and created for this year’s Hong Kong Arts Festival and follows one family, the Kowloon-based Wongs, over 20 years. The director situates his characters in Kowloon Bay, in earshot of the rumbling planes that fly into the Kai Tak airport, a local landmark that closed for good in 1998. The area is noisy and bustling – typically Hong Kong. But, perhaps more surprisingly, the plays aren’t set slap bang in the midst of the high-emotion, high-drama events, but before and after they have occurred. 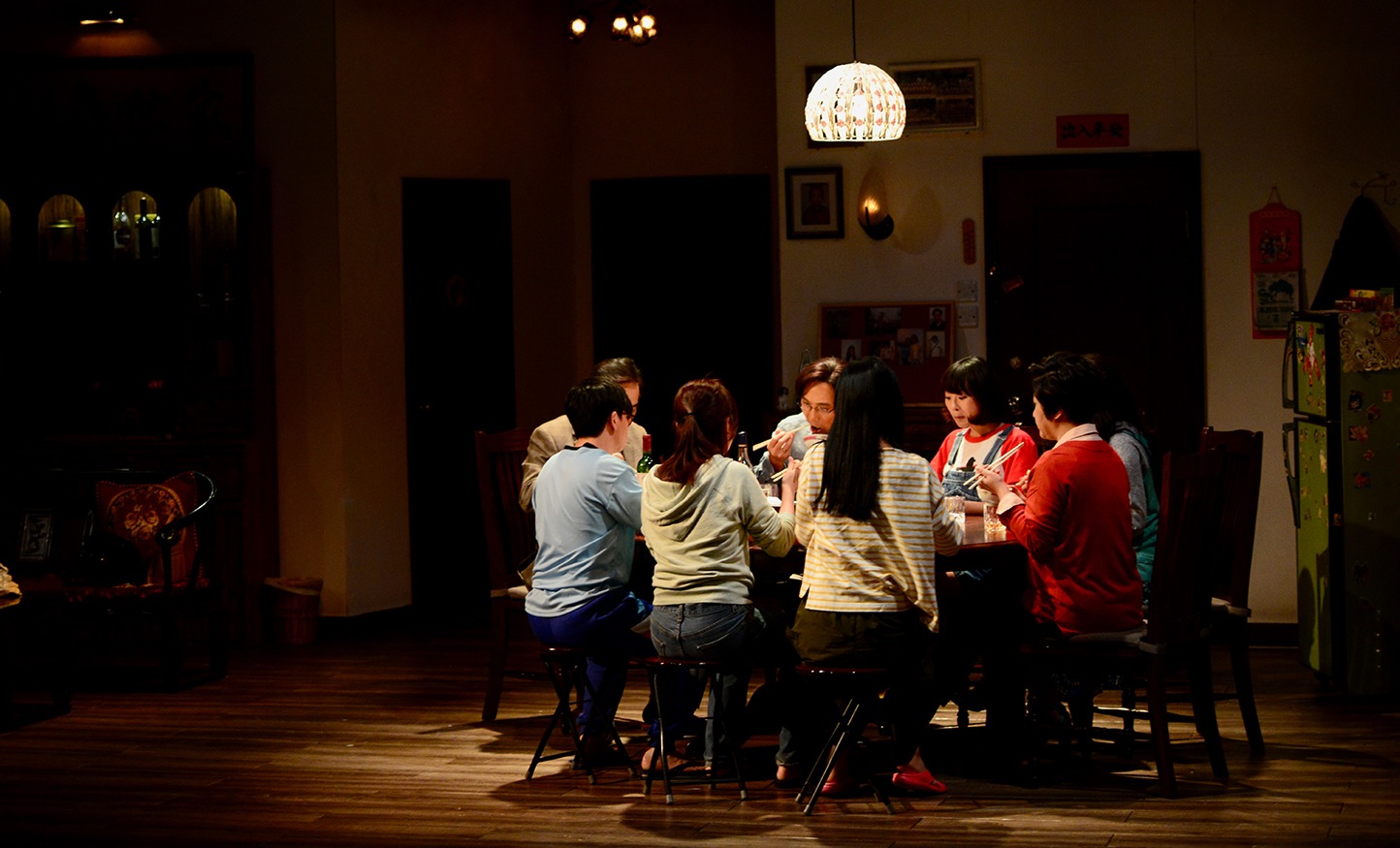 In the first play, Hong Kong Astronaut, audiences meet the Wongs for dinner in 1996, a year before Hong Kong’s return to China. The elder generation of the family has told their son to move to Canada, a symbol of the uncertainty that families felt about Hong Kong’s uncertain future. “It was a kind of insurance,” says Loong. “If you could send someone away, you did.” 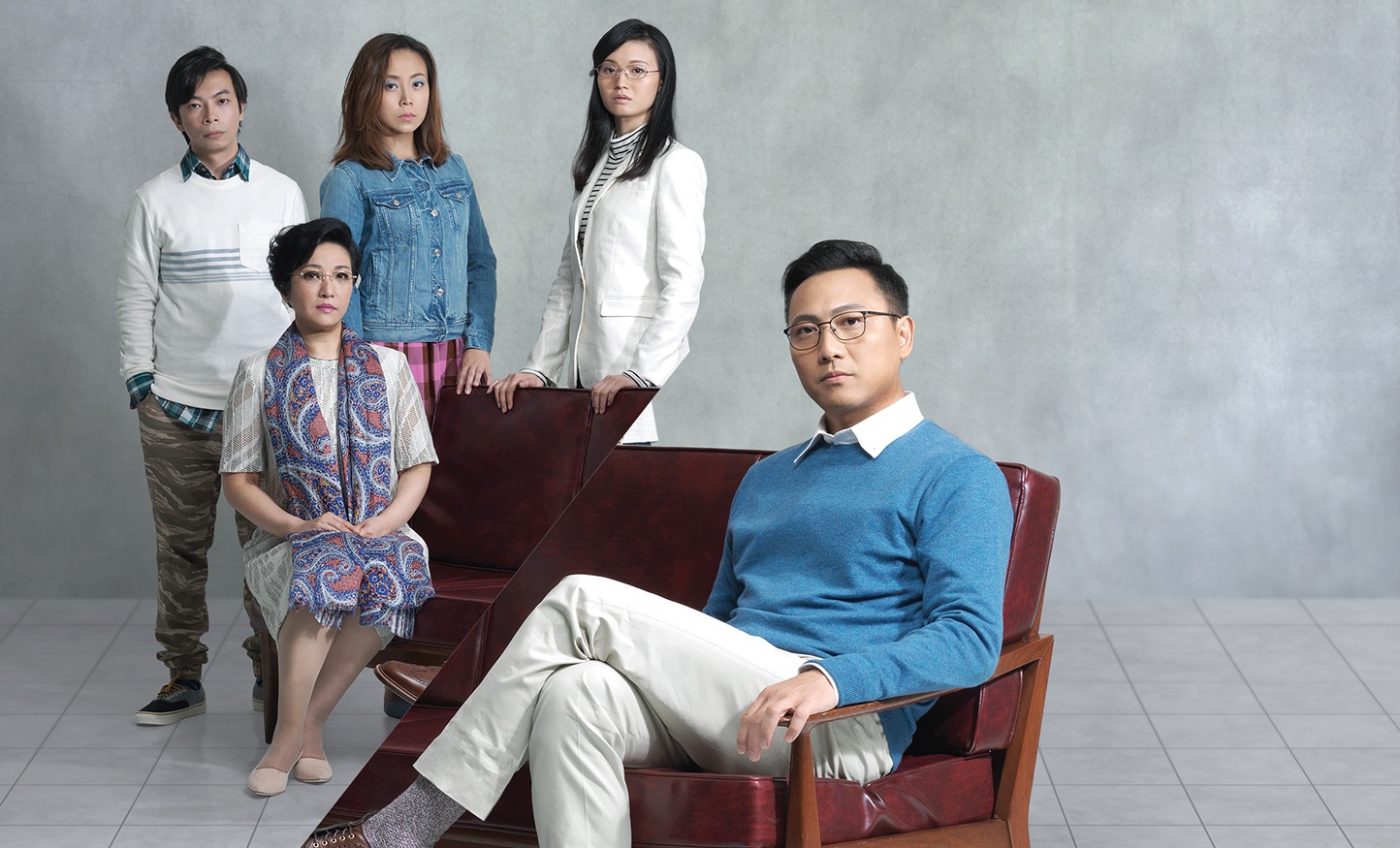 The second play, All Out Of Love, is set in 2004, a year after SARS (Severe Acute Respiratory Syndrome) shook Hong Kong. Society is attempting to recover. By now, the son is back, although his wife remains in Canada. The mood is darker and more brooding.

We meet the family for a last outing in the present day. The third play, Vacant in the City, deals with the post-Occupy era, when Hong Kong is politically polarised. Although one family member is on the government committee set to elect Hong Kong’s new Chief Executive, Loong says he expects 2017 to be quieter politically than the previous two years, and wrote the drama accordingly. 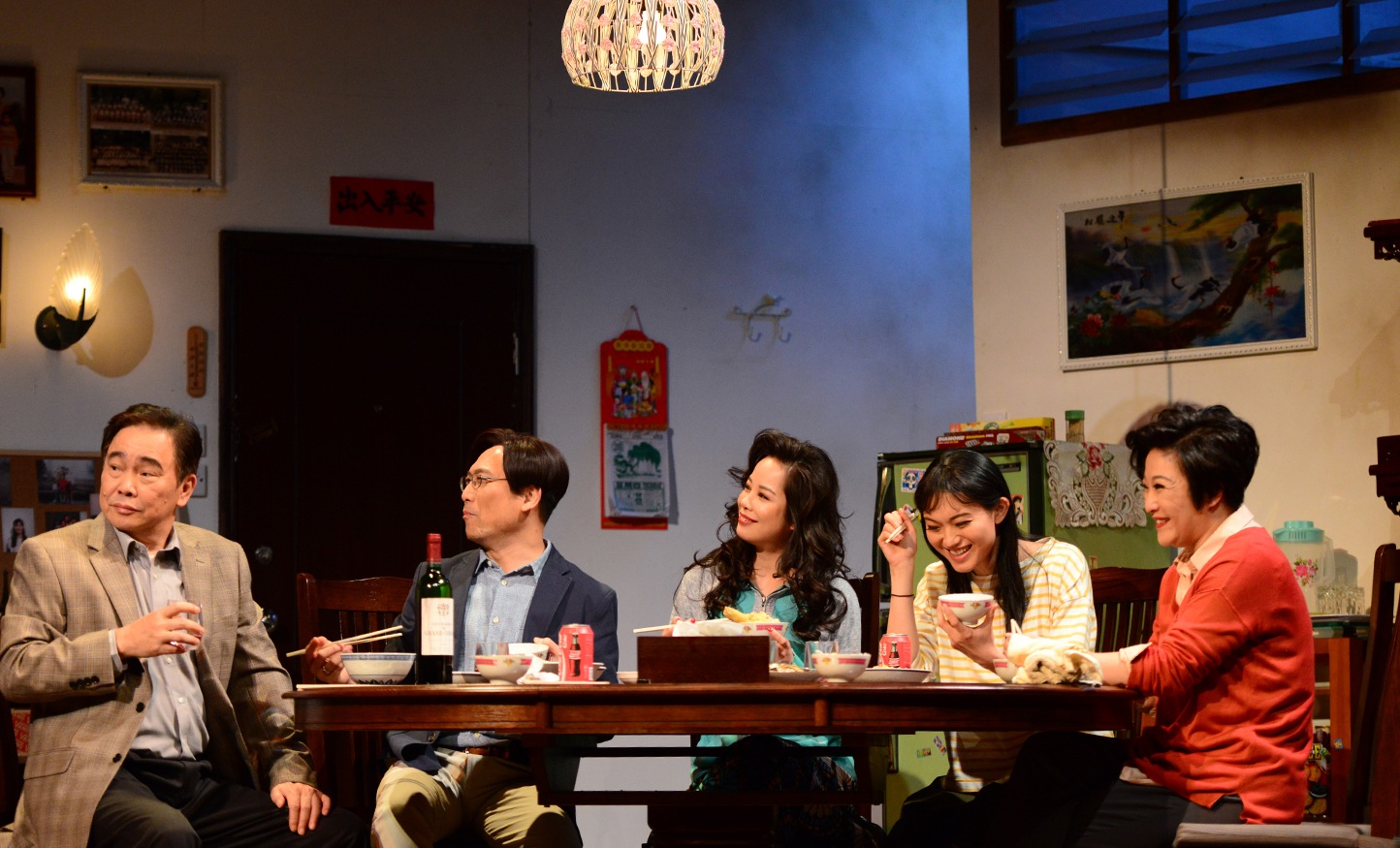 Loong says he made this decision because his plays are about people, not politics. They’re not action thrillers, although they aren’t soap operas, either. By shifting the lens away from headline events by a year or two, we catch a truer representation of the characters in their everyday life as they grapple with change. “Time defines the sentiments of the plays,” says Loong. Some of the most affecting scenes have nothing to do with major public events. In the second play, the characters are shown dealing with the illness and imminent death of the family’s patriarch. They struggle as they collide emotionally over questions of his care.

Loong has invested a bit of himself in each of his plays. His own family structure is similar to the one depicted in the trilogy, although he doesn’t identify with any particular character. Instead, pieces of him are weaved into each. Other elements are less obvious. He borrows remnants of conversations, character tics and ideas from those he meets; they swim in his head until he can record excerpts in a notebook. From there they steep and then seep into scripts. 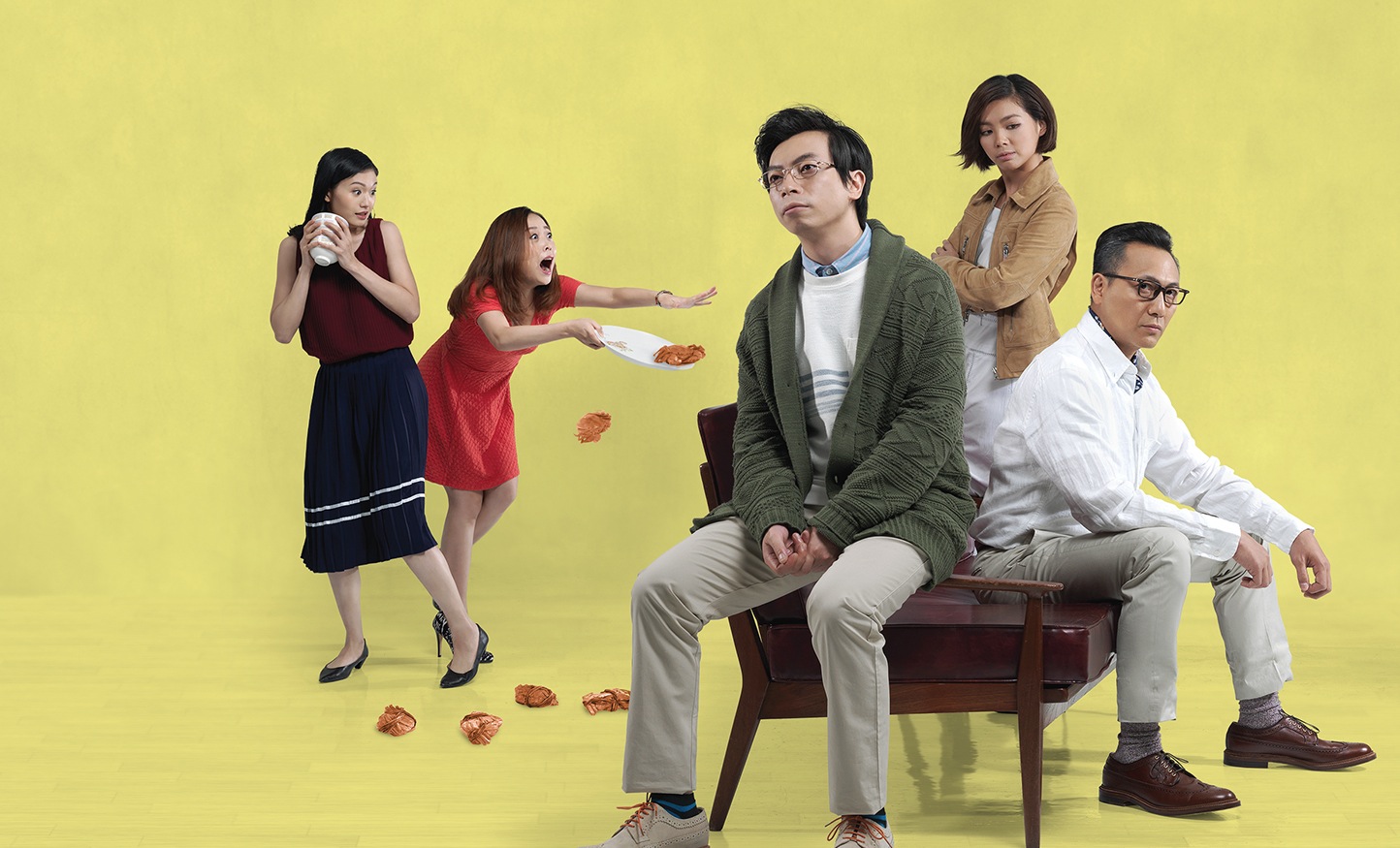 Vacant in a city – Photo courtesy of HKAF – Lawrence Ng

All Out of Love contains one such vivid recollection. Posters for the play depict one of the characters tipping over a tray crabs that scatter on the floor. The reference comes from a Chinese saying, dou2 se2 lo4 haai5 (倒瀉籮蟹) which literally means to overturn a basket of crabs, symbolising trouble, or messy times. While the saying aptly describes the directionless, unordered period after SARS, Loong says the reference stemmed from a conversation he had with an old classmate, whom he met by chance 20 years after graduating from the Hong Kong Academy of Performing Arts. Loong was more than a little surprised to discover that his old friend had swapped acting in Hong Kong for a more lucrative career in hairy crab farming in Shanghai. Loong recalls this with a gentle chuckle. He says that for some reason he found the change quite absurd and the conversation stuck with him.

Loong has worked extensively in Hong Kong film, TV and theatre, and writes predominantly about Hong Kong and its people. He has been script editor on the TVB comedy, Come On, Cousin (lou5 biu1 nei5 hou2 je5 老表你好hea) since 2014. The Abandoned Harbour, a satirical theatre piece that asked what would happen to Hong Kong if Victoria Harbour dried up, opened in 2015. At Taiwan’s prestigious Golden Horse awards last year, Loong collected the screenwriting award for Trivisa, a crime thriller he co-wrote based on the lives of three of Hong Kong’s best-known mobsters. 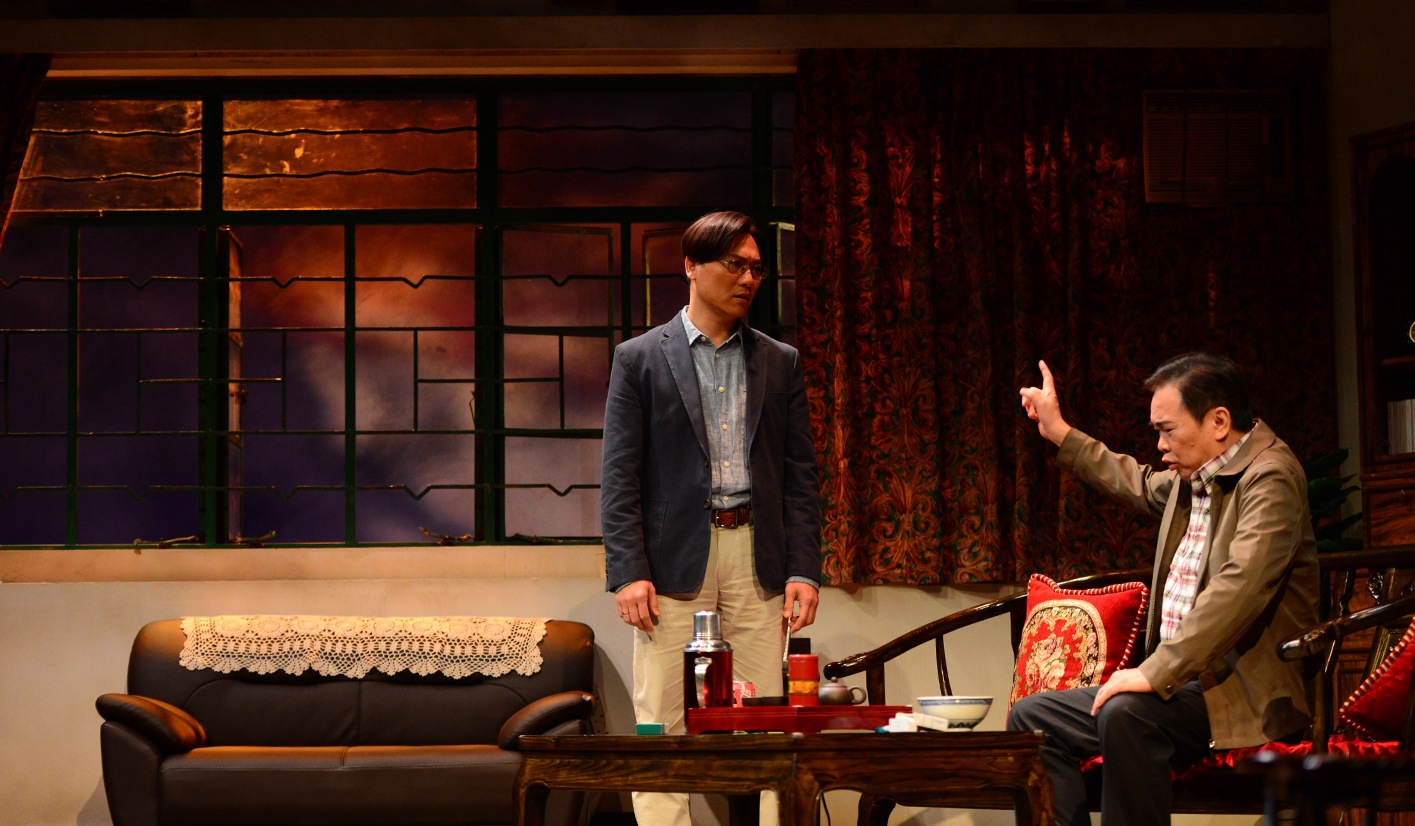 It was a kind of celebration that led Arts Festival associate programme director, So Kwok-wan, to commission the trilogy. He wanted a special piece to mark the 20th anniversary of Hong Kong’s return to China, and to celebrate Hong Kong and its public. Two years ago, he happened to watch the celebrated American playwright Richard Nelson’s The Apple Family Plays, which got his creative cogs turning.

Nelson’s four hyperrealist collection of plays also follow a fictional family around notable historical events. (The Gabriels, another Nelson trilogy, makes its Asian premiere at this year’s festival). So says Nelson is skilled in portraying real people and real emotion, which departs from the current trend in theatre towards big concept productions. So wanted to produce something more than light entertainment and although he didn’t want Loong’s plays to feel the same as Nelson’s, he did want authentic pieces that would provoke responses and trigger questions: “I wanted them to ask, ‘What’s been my life for the last 20 years?’” he says.

He came up with the idea for a trilogy spanning two decades, and turned to Loong, whose work he was familiar with. “We almost worked together before, but it didn’t work out,” So says. He admired Loong’s ability to write about local issues and society, as well as his grit. “A lot of people can write stories or whatever, but for this you really need to have ambition and a concern for what is happening to the city and these people,” he says. “Not a lot of scriptwriters would take up the challenge.”

20 years after the handover, it’s worth asking: are we still floating, like the family in Loong’s plays? “Yes,” the director says. “In 1996, people were emigrating, then after that they were coming back, back to Hong Kong, and after that they were moving north to China, and now we don’t know where we are going.” Hong Kong’s long history as an immigrant city and the constant movement of its people leaves them floating, he says, but it also gives them a tenacity that he loves. They are adaptable; always striving. Hong Kongers aren’t concerned about what happens in 20 years, he says. “Living today is more important.”